Aileen Wuornos is one of America’s most recognizable female serial killers. Convicted of fatally shooting six middle-aged men along the Florida highways in 1989 and 1990; her story has been portrayed in movies, books, documentaries and even an opera. Investigators labeled her as a killer who robs rather than a robber who kills, as she took very little money from her victims.

In 2002, she was executed for her crimes. Wuornos is unlike any other serial killer; in court, she appeared crazed, aggressive and out of control. However, a look back at her tragic childhood and adolescence shows a different side and proves that she never really had a chance in her own twisted world. 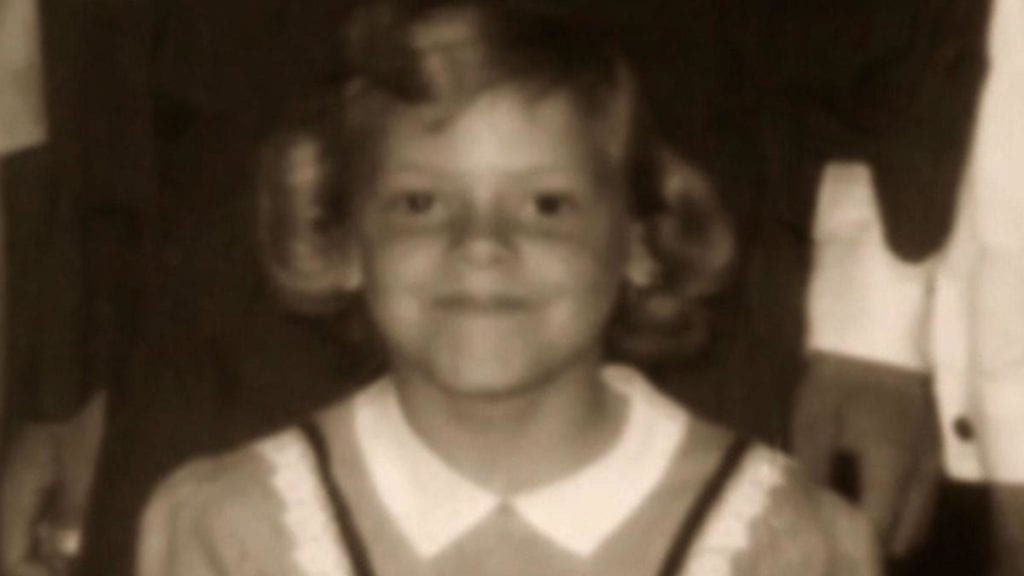 Born on February 29th, 1956, in Troy, Michigan, Aileen Carol Pittman had one of the worst starts in life. Her father, Leo Dale Pittman, was psychopathic with a history of violence; he was known to a play a twisted game of tieing together two cats by the tail and then throwing them over a clothesline to watch them fight. Her father was diagnosed with schizophrenia and Wuornos never met him as he was arrested and charged with child molestation. In 1969, he hung himself behind bars.

Aileen’s mother, Diane Wuornos, was only 15-years-old when she had given birth to Wuornos’ older brother, Keith. Raising two young children whilst only a teenager herself was too much for Diane and she abandoned both her children. This was just the beginning of a life without love. 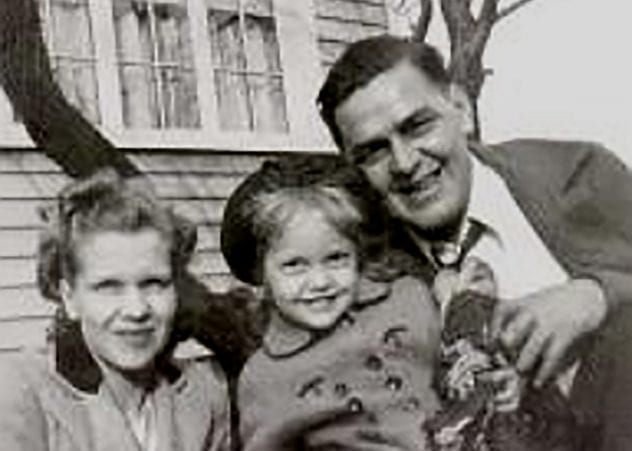 In 1960, Wuornos’ and her brother were adopted by their maternal grandparents, Lauri and Britta Wuornos, but things were not about to get any better. The grandparents allowed the children to grow up believing they were their real parents and subjected them to many cruel beatings. From a young age, Wuornos was beaten with a belt as she bent over a table. She was also made to lay face down on the bed, naked, for several whippings.

In 1962, Wuornos was left permanently scarred when she and brother Keith started making fires with lighter fluid; although she did recover, the scars remained visible on her face for life. It wasn’t until Wuornos was 12-years-old that she discovered her grandparents were not truly her real parents. Yet the more she rebelled against her grandparents—the stronger the beatings came.

The physical abuse was traumatic for Wuornos and by the time she was 11-years-old her grandfather had begun sexually abusing her. Later in life she even claimed to have had a sexual relationship with her own brother which was witnessed by a childhood friend. At school, Wuornos was also engaging in sex with boys in exchange for loose change and cigarettes. The money she earned from selling her body at a young age was used to buy alcohol, drugs and win over friends.

In 1970, at the age of 14-years-old, Wuornos fell pregnant and she was sent to a home for unwed mothers. In 1971, her son was immediately put up for adoption and as this was a closed adoption, his whereabouts have always been unknown. When Wuornos returned home, she decided to run away and was later sent to a juvenile home. Later in life, she revealed the real father of her son was an older man from the neighborhood who had forced himself on her. 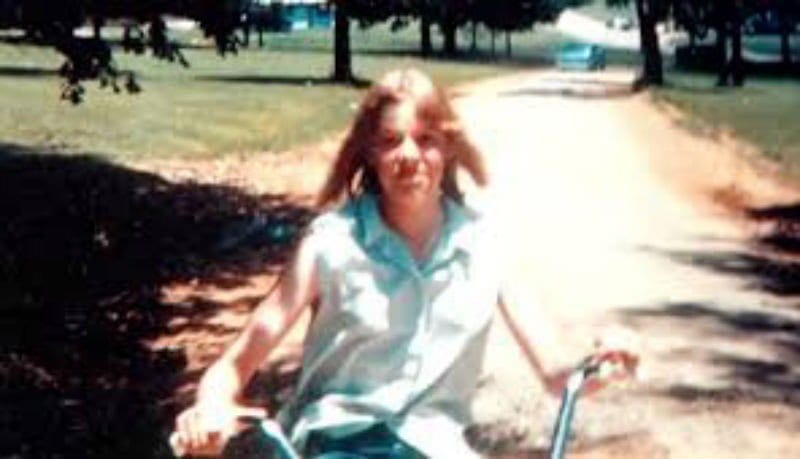 The same year Wuornos’ son was adopted, her grandmother Britta died of liver failure. Britta had started to drink heavily to deal with problems in the household like Wuornos’ unwanted pregnancy and Keith’s constant truancy. Following the death of her grandmother, Wuornos was thrown out of the house and forced to make it on her own. She was only 15-years-old and dropped out of school to support herself the only way she knew how—prostitution.

After years of drifting, she found herself settling in Daytona Beach, Florida, a town known for being a favorite amongst Hells Angels. She turned to pool hustling and part-time waitressing going by the name of Lee. It was here she received the news her brother had died of throat cancer age 21-years-old. With nobody left in her life, she switched from one failed relationship to another committing petty crime along the way. She was also addicted to a self-destructive lifestyle involving drink and drugs. 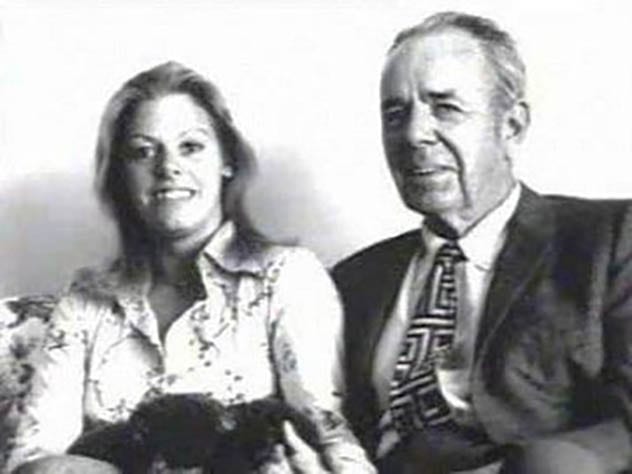 Shortly after Wuornos was released from prison after serving a year behind bars for firing a .22-caliber pistol from a moving vehicle, she met her future husband. Desperate for the security and affection that she craved, Aileen married wealthy 70-year-old Lewis Gratz who was the President of a yacht club. In 1976, the marriage was announced in the society pages of the local newspaper.

However, it didn’t take long until Wuornos’ demons came to the surface. She physically abused her husband; beating him with his own cane whenever he refused to give her money. She was also frequenting the local bars more than usual and finding herself in many bar fights. The marriage only lasted 9 weeks. Two years later, Wuornos broke up from another boyfriend and she was so distressed, she attempted suicide by shooting herself in the stomach.

In 1986, Wuornos met 24-year-old Tyria Moore at a Daytona Beach gay bar and the pair started a romantic relationship together. The couple never settled; over the years they changed homes frequently living everywhere from trailers, motel rooms, and even the local woods. Wuornos still continued to prostitute herself on the local highways which earned the couple a few hundred dollars a week; although Moore was against it as she warned how unsafe it was. Wuornos referred to Moore as her ‘wife’ and was happy to provide for them both. She had finally found the affection she had craved all of her life but the relationship was doomed.

In later interviews, Moore recalls Wuornos’ anger issues, she said, “There were numerous times when her and I would go to a grocery store and somebody would look at her wrong. She would just fly off the handle like ‘What are you looking at me for?’ It was very embarrassing at times.” It was this aggression that would soon land Wuornos on death row. 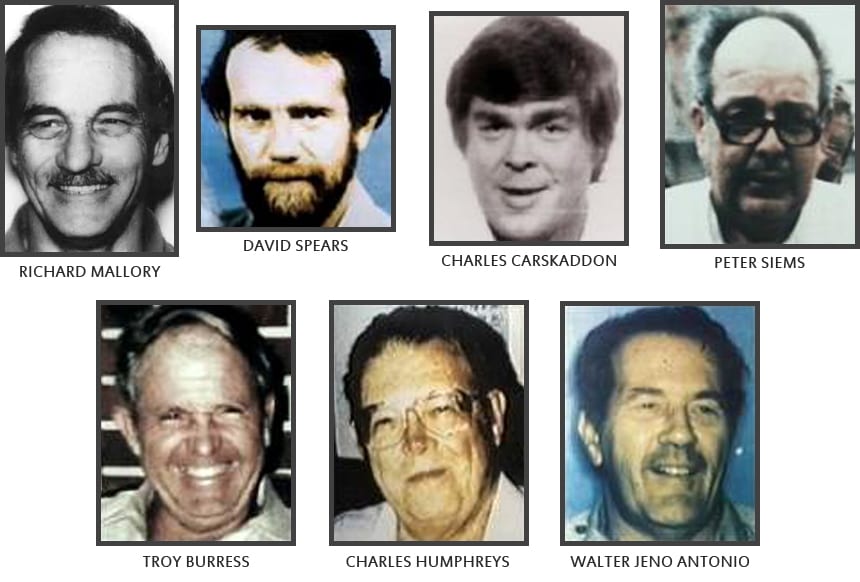 Wuornos’ first known victim was 51-year-old Richard Mallory. In 1989, Wuornos was picked up by Mallory and according to her own testimony, she was tied to the steering wheel and repeatedly attacked. She managed to retrieve her gun from her purse and shot him three times with a .22 pistol in self-defense. She then dumped his body in the woodlands and stole his Cadillac. It was later discovered that Mallory did have a criminal record for rape, however, this was not mentioned during her trial.

In September that year, 56-year-old Charles “Dick” Humphreys was found dead and he’d been shot six times. Humphreys was former Chief of Police and a former State Child Abuse Investigator. Then in November, the body of 62-year-old Walter Jeno Antonio was found and he had been shot four times. Police knew there was a cold-blooded killer on the loose and the manhunt had begun.

On July 4th, 1990, Wuornos and Moore were in a car accident whilst driving a stolen vehicle belonging to one of her victims. Although they fled from the scene, witnesses provided the police with their names and details. Police also found that Wuornos fingerprints, which were on file from her previous arrests, matched those left behind at the crime scenes. They now had to find Wuornos and her partner Moore who they believed was her accomplice.

It wasn’t until January 9th, 1991, Wuornos was arrested on an outstanding warrant at The Last Resort bar in Volusia County. She was held without bail and Moore was arrested and agreed to confess everything she knew about the murders in exchange for immunity from prosecution. Moore made several phone calls to Wuornos in jail as she tried to coax her into a taped confession; still, Wuornos would not believe the only person who she had truly loved wanted to see her face the death penalty. When Moore finally took the stand to testify, she did not make eye contact with Wuornos and that was when it hit her that she had been turned against. Wuornos pleaded no contest to the murders. 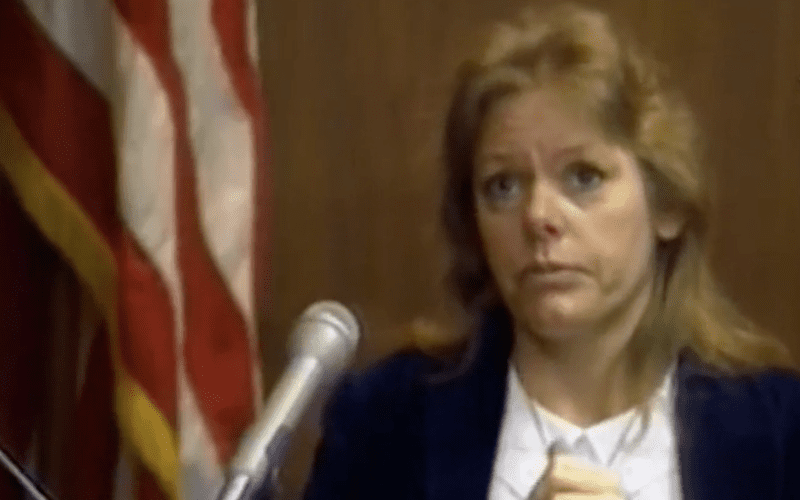 During the death penalty phase of the trial, expert psychologist Dr. Bernard testified that Wuornos suffered from a borderline personality disorder and antisocial personality disorder. At the time of the crimes, she had impaired capacity and mental disturbance; linked to a history of sexual abuse throughout her childhood and adolescence. They argued that alcoholism and genetic deficits—she was found to have an IQ of 81—also played a huge role in her actions. Wuornos’ defense pleaded that she be spared the death penalty and that life imprisonment would be enough.

The jury had to decide if the aggravating circumstances (facts that make the crime more serious or the defendant more deserving of death) outweighed the mitigating circumstances (facts that extenuate the crime or make the defendant less culpable). The jury voted 12-0 for the death sentence as, despite her psychological issues, Wuornos knew the difference between right and wrong at the time of the murders. In November 1992, she received her fifth death sentence. 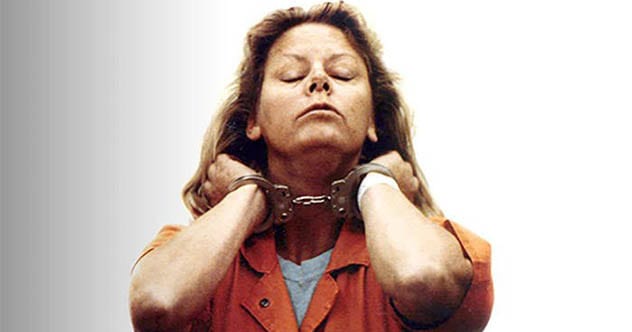 Wuornos was incarcerated at the Florida Department of Corrections Broward Correctional Institution death row for women for the final years of her life. In 2001, one year before her execution, Wuornos said, “There is no point in sparing me. It’s a waste of taxpayers’ money.” In another statement, she appeared to show no remorse for her crimes, stating, “I killed those men, robbed them as cold as ice. And I’d do it again, too. There’s no chance in keeping me alive or anything because I’d kill again. I have hate crawling through my system.”

On October 9th, 2002, Wuornos was executed at the Florida State Prison at 9:47 am. She declined a last meal and instead had a cup of coffee. Her final words were, “I’d just like to say I’m sailing with the Rock and I’ll be back like ‘Independence Day’ with Jesus, June 6, like the movie, big mother ship and all. I’ll be back.”