I quit! Most employees have had this phrase running through their minds for the longest time, but you know what? Every day they still wake up and go to that “lousy” job with a smile on their face. Others who have quit their jobs have done so with the utmost respect as they didn’t want to ruin their CV or reputation.

Well, others haven’t given a flying fudge—they have gone straight to their boss and told them, “You know what, I quit!” Others have chosen to do it in “style;” they decided to go with the crazy way of doing things, and those right there are our subjects for today.

What crazy ways of quitting your job can you come up with? Well, here are the top 10 craziest ways someone quit their job.

Related: 10 Jobs From The Early 1900s That Totally Sucked

10 Marching All the Way Out

Joey, a worker at a luxurious hotel, had had enough of his boss for the three years he had been working there. This employee had marched into the hotel every day, giving his best, but his employer kept demanding more and treating him like trash. Joey decided it was time for one last march (literally).

Together with What Cheer? (the band he was a part of), Joey brought the marching band with all the equipment in place. In the video, Joey walks with his friends into the hotel and waits for the boss to come. After a while, the boss emerges with an angry face and starts ordering them out. The band, still silent, waited for Joey to drop the big phrase “I quit” before they rolled out singing, dancing, and playing their musical instruments.

If the boss didn’t hear Joey saying he quit, the band made sure that he saw them march out singing, “We quit, we quit!” Message received—loud and clear.

9 Nothing Crazy, I Am Just Out of Here!

Employees worldwide are so afraid of their bosses or losing their jobs that they find people who walk out on their bosses crazy. In this particular case, an employee majestically used the intercom and announced that he was quitting. With his voice rumbling all over the shop, he took his time to mention some of his colleagues, you know, to make sure that they heard him and he was making a rational decision.

Imagine walking up to the intercom and uttering a phrase that nobody saw coming! Crazy, right? From the video’s comment section, a group of users lauded him for his courage, while others were still in denial: they contemplated that probably the intercom was off or it was after hours. Either way, that was crazy and unbelievable, at least for most employees who want to quit but can’t.

Just so nobody says they didn’t hear or see, some incredible news anchors have decided to quit live on air. Liz Wahl, RT America’s news anchor, had simply had enough of the ethical and moral challenges she had been going through, especially considering that her grandparents came to the United States as refugees.

Liz Wahl decided to quit because she felt she didn’t want to work for a media house owned by Russians who were the cause of her grandparents fleeing from their native home. While Wahl’s case was emotional, it is still a crazy way to quit a job. She could have handed her resignation in private, allowing the owners to come up with a touching story of how she chose her personal life over her work. But look at her; she ensured that everybody knew why she quit.

7 A Little Swagger Won’t Hurt… Or Will It?

Quitting my job with style

Kevin, who works at a superstore, decided that enough was enough. He picked up the intercom, read a note from his phone explaining why he was quitting, and left his office. As Kevin left his office, he was met with a colleague who had heard him say he was resigning over the intercom, and she asked him if he was for real.

Kevin’s face showed that he was not playing around, so his colleague did not need a verbal answer. Kevin started to boil up; he asked the rhetorical question, “Should I clock out?” His manager, who appeared from nowhere, replied, “Before I fire you? Yes.” Kevin said he had already resigned, and that wouldn’t be necessary.

Kevin, who was now in a sarcastic mood, told his boss why he was quitting. He complained that he had been getting fewer hours and earning an amount that was not enough to take care of his bills. When asked if he was recording the whole thing, Kevin affirmed that he was. He said that he was now a prankster and people (his colleagues) seemed to be enjoying the show only that they couldn’t laugh out loud as they didn’t want to get fired.

Quitting on air seems to be a viable option for news anchors. While our first incident was a bit emotional, this one is a bit “controversial,” which makes it crazy from a neutral point of view.

Back in 2014, a news reporter and anchor in Alaska quit her job on live TV. Prior to her resignation, there had been talks about the legal use of marijuana in the state.

Medical marijuana is legal in Alaska. However, there had been an ongoing petition that wanted full legal use of marijuana. While reporting the news, the news anchor revealed everything that had been reported earlier in the show was true and that she was the actual owner of the marijuana company in question. She expressed her sentiments on the issues right before she quit. “Well, as for this job, not that I have a choice… but I quit!” she said before leaving the studio. For the record, she was not remorseful at all. If anything, she was the opposite of that.

5 For the Last Time, the New York Times

The Bravest Thing You Can Do Is Quit | NYT Opinion

Readers picked up the morning paper and read, “A Man Resigns From His Job!” That was the headline of The New York Times on March 14, 2012. Well, that’s not true… I mean, the headline part; it was probably in the middle pages… or the back.

On the said date, Greg Smith, a senior employee at investment bank Goldman Sachs decided to resign by writing a resignation letter and posting it in The New York Times.

Fortunately for him, this resignation letter also served as a job application, as Greg secured another job as an author of a million-dollar book.

Usually, cakes are for weddings, anniversaries, birthday celebrations, and other significant events. Well, one employee certainly didn’t think so when he handed his boss a resignation cake.

In an incident that Piotr Sosnowski, the co-founder and the head of HR at Zety, still recalls, an employee walked up to him and handed him a resignation cake. Of course, the company was still a startup at the time. Today, Piotr can only look back at the incident and smile. That guy takes the cake!

Do you remember American Ninja Warrior’s host, Matt Iseman? You should. The guy is famous for his looks, and you know what… never mind, I digress. Well, the story is he quit his job via Facetime in a one-sided video, to be exact.

Matt recorded himself asking his boss if he had noticed that some of his employees were already leaving. Matt said that he was the next one on the list, and before his boss could see the video and give his side of the story, he had quit. In his defense, Matt said that his boss should learn to treat people fairly. Too bad Matt wasn’t there to see whether or not his boss ever changed.

2 One Pizza Too Many 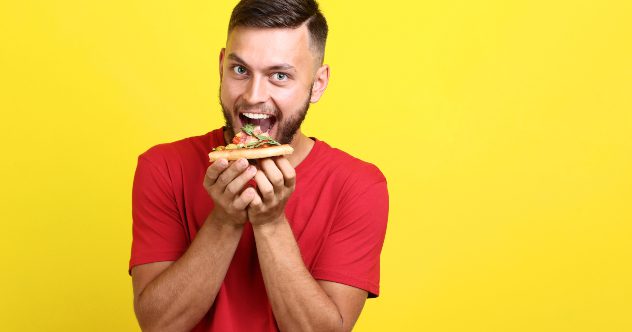 For most people, losing a job is not something to be proud of; but this wasn’t the case for Luka Arezina, now the co-founder of DataProt. Luka was on the verge of completing a six-month contract that he described as “nightmarish.” With the opportunity to take up another job, Luka devised a plan to let his boss know what he felt.

With a low salary, poor working conditions, and a not-so-likable boss, Luka decided to buy 26 pizzas to match the number of employees at the company. He then wrote motivational phrases, jokes, and other personal messages. The 26th and the final pizza went to his boss. It was the spiciest of them all, probably to symbolize his bitterness for working with the company.

One chef had decided he had seen enough, or rather, he had cooked enough but wasn’t getting the compensation that he deserved. With three children and many bills to pay, Baker decided that all the hours he put in deserved better compensation.

One morning, he woke up and reported for duty. While his boss expected him to go about his duties and open the restaurant, the chef decided to create a video explaining why he was quitting his job. Satisfied with his rant, the chef left the kitchen, leaving some food cooking on the burner.

Ooh, I forgot! He left a disclaimer for his boss. He warned him through the video that he better hurry or the food would burn. He was out of there, but at least he still cared.