Even though St. Valentine’s Day has some shady and dark origins, it’s widely thought of as a celebration of love. Many people will spend the day—or night—together, sharing a romantic meal. Oh, and don’t forget the chocolate, flowers, and jewelry that will be given. In 2022, people will spend $1.6 billion on candy, $1.9 billion on flowers, and $4.4 billion on diamonds, gold, and silver—all for the sake of love.

But what happens when love goes too far? For the victims of these Valentine’s Day killers, the answer was murder.

On Valentine’s Day of 2001, highly respected OB-GYN John Hamilton discovered his wife dead on their home’s bathroom floor, strangled and beaten. At first, authorities thought the murder was tied to the anti-abortion hate group “The Army of God.” However, as time passed, suspicion of John Hamilton only grew, mostly when prosecutors learned that Hamilton’s wife, Susan, had threatened divorce.

During the trial, Hamilton testified in his defense, claiming that he was covered in blood due to CPR he performed on his wife. When the trial was over, it took the jury only two hours to reach a verdict. John Hamilton was convicted of the murder and sentenced to life in prison without parole.[1] 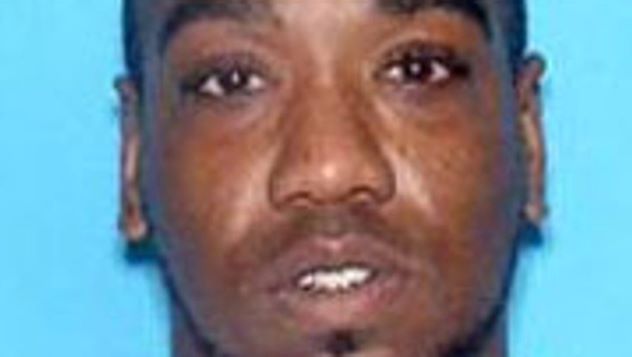 Paul acted as his own attorney for the start of the trial, later requesting a public defender. The state prosecutors originally wanted to pursue the death penalty but decided to drop that option. Paul was sentenced to life in prison plus 35 years for the murder.[2]

In 2019, a love triangle involving Amanda Michelle Naylor McClure, her then-boyfriend John Thomas McGuire, and her father led to a murderous Valentine’s day. Amanda was adopted as a child and had recently reunited with her birth father, Larry McClure, and her sister, Anna Choudhary.

In February, Larry McClure and his daughter Anna picked up Amanda and John McGuire from their Indiana residence. The group traveled back to Larry’s home in West Virginia. While the visit initially went well, after a week, the father and two daughters began to plot McGuire’s murder.

On February 14th, John McGuire was struck with a bottle of wine, injected with methamphetamine, and strangled. The trio tortured McGuire for two days before burying him in the backyard. Six days later, they dug up his body, dismembered his remains, and reburied him. The body was not discovered until September 24, 2019.

Oscar Pistorius is set for parole, but should he walk free? | Dan Abrams Live

In the 2012 Summer Olympic Games, Oscar Pistorius made history. He became the first amputee runner to compete at the Olympics. Although he did not win gold, he received tons of media attention for his achievements, being dubbed the “Blade Runner.” Less than a year later, he would make the new again.

The once-professional South African sprinter shot and killed his model girlfriend, Reeva Steenkamp, on February 14, 2013. Steenkamp was shot four times through a locked bathroom door in Pistorius’s home. Pistorius claimed that he thought an intruder was in the house and didn’t know that Steenkamp was in the bathroom. “I was simply trying to protect Reeva,” he said.

In 2016 Pistorius was sentenced to six years in prison by a South African judge. In 2017, the ruling was deemed “too lenient” and was increased to 15 years by the Supreme Court of Appeal. Pistorius is being considered for parole, pending a meeting with Steenkamp’s parents.[4]

In January of 2009, Tiana Notice filed a restraining order against ex-boyfriend James Carter II. She had asked the police to enforce the restraining order after being contacted by Carter on several occasions. The cops didn’t take her request seriously, and nothing was done. Carter again violated the restraining order on Valentine’s Day of 2009, catching Notice outside her apartment and stabbing her 20 times. She died two hours after the stabbings.

In 2012, Carter was sentenced to 60 years in prison and will be eligible for patrol after serving 25 years. He did not attend the sentencing hearing. Notice’s family created a foundation in her name to help bring light to domestic violence. They have since been pushing for stricter laws on domestic violence in their state.[5]

Anitra Gunn, a senior at Fort Valley State University, went missing on Valentine’s Day of 2020. Her friends and family became worried when they could not reach her the next day, and a search ensued. Gunn’s body was found four days later in a wooded area. An autopsy revealed her death was ruled a homicide. She was believed to have been strangled sometime between 2:30 am and 11:59 pm on February 14.

Gunn’s boyfriend, Demarcus Little, was a prime suspect. The police arrested him on vandalism charges that stemmed from a February 5 report Gunn had made. The report claimed that her car tires had been slashed and a house window had been broken. Demarcus Little was later charged with malice murder for her strangulation. Little has not yet been convicted or sentenced.[6]

Nathan Leuthold, a former missionary and resident of Illinois, was sentenced to 80 years in prison for the murder of his wife, Denise. According to prosecutors, Leuthold schemed a plan to cover up his wife’s murder by making the scene look like a burglary gone wrong. However, due to a too-neat crime scene and odd behavior, Leuthold was quickly the prime suspect in the February 14, 2013 murder.

Prosecutors alleged that Leuthhold had planned to kill his wife to be with his mistress—21-year-old Aina Dobilaite. Dobilaite was a Lithuanian exchange student the couple was hosting. The state’s attorney labeled the murder “a Valentine’s Day present” from the Leuthold to Dobilaite. He claimed that previous internet searches, such as how to silence a .40 caliber Glock, proved the murder was premeditated. Both Leuthold and Dobilaite have denied any romantic connection.[7]

On February 14, 2010, Richard Schoeck drove to the park to meet his wife and exchange Valentine’s Day gifts. When his wife, Stacey, arrived at the park, she found Richard shot to death outside of his truck. What seemed to be a random act of violence was proven to be a murder-for-hire plot only three short months later. 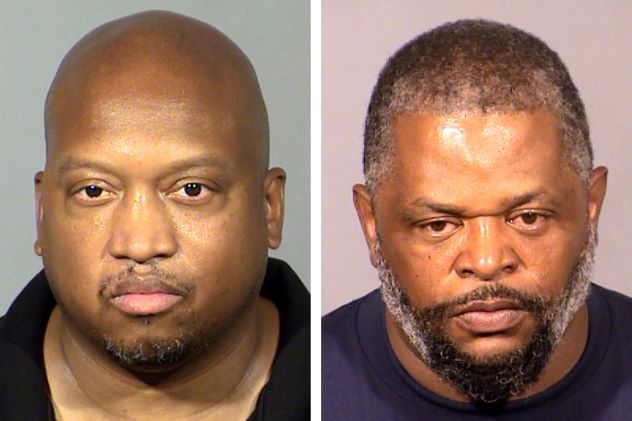 On February 14, 1996, Anthony Williams and Kareem Brock disguised themselves in women’s clothing and entered a 7-Eleven to rob the store. Sara Keynejad, a 19-year-old woman, was sitting in the store, waiting for her husband. She was shot and later died at the university medical center. Keynejad was six months pregnant at the time.

The murder of Keynejad went unsolved until July 23, 2020. Both men have now been formally charged with Keynejad’s murder as well as manslaughter for the killing of her unborn child.[9]

In 1974, Carla Walker, a high-school senior, was taken from her boyfriend’s car after a Valentine’s Day dance. Her boyfriend was hit in the head and knocked unconscious while Carla was abducted. Her body was found in a ditch three days later. Walker had suffered two days of torture before meeting her untimely death. While the authorities had named persons of interest, no charges ever were made in Walker’s murder, and the case went cold.

In 2020, authorities were able to breathe life into the cold case. Previously, only a partial match of the suspect’s DNA was available. With new technology, investigators were able to build a full DNA profile of the suspect. This new evidence allowed investigators to match DNA to one of their previous persons of interest—Glen McCurley. Now 77, McCurley was officially charged with the capital murder of Carla Walker. During his trial, McCurley changed his not guilty plea to guilty. He was sentenced to life in prison.[10]

Walker’s family hoped justice would be served but had also forgiven McCurley. They say they are praying for his family.