Another April Fools’ Day has come and gone. Like every other year, we saw people and corporations come up with elaborate April Fools’ pranks. Some were so well-thought out that many actually fell for them.

Some of these successful ruses were even unveiled before April Fools’ Day to make them look more truthful. Other pranks weren’t so good and reeked of April foolery from afar. Here are ten interesting April Fools’ Day pranks we saw this year. 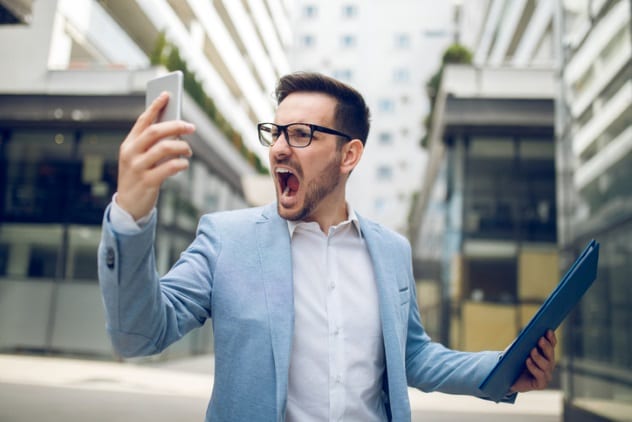 On March 29, Tinder published a blog post in which it informed users about its plan to introduce a Height Verification Badge (HVB) to end what it called “height fishing.” It said male users often claimed they were taller than they really were. The HVB would stop that.

Tinder said male users would input their height into the app and take a picture of themselves standing beside a commercial building. Then Tinder would use some undisclosed method to verify their real height. Users get the height verification badge if they are telling the truth.

Several male users condemned the badge. One man even requested for a weight verification badge to identify women who used old pictures and lied about their weights. Another man tweeted that the badge was an attack on men and unacceptable. This continued until April Fools’ Day, when Tinder revealed the whole thing was a prank.

It is surprising that a lot of users fell for the prank, even though the blog post ended with, “Tinder’s HVB is coming soon to a phone near you.” This was probably because the post was published three days before April Fools’ Day. Tinder also went all out for the prank and even created a video tutorial explaining how the new height verification tool worked.

On March 29, Roku introduced a new product it called the Roku Press Paws Remote for dogs. Roku said it created the product after a study revealed that users sometimes left their televisions on to entertain their dogs while they were away.

However, the dogs often got bored with watching whatever their owners forced them to watch. They could not switch channels because they cannot use the human remote. So Roku came up with a special dog remote with paw-shaped buttons. It has shortcut buttons that switch to preprogrammed channels like Animal Planet.

Roku also claimed the remote has a Bark Assistant Technology that allows dogs to pause, play, or mute the television. A third feature was a built-in Sub-WOOFer that produces high-frequency sounds for the dog. Roku mentioned the remote would go on sale on April 1, 2019, for “$€£19.99.”[2]

On April Fools’ Day, Google revealed it would be adding a program it calls Google Tulip to Google Assistant. The new program would allow users talk to their plants, especially tulips, through the Google Assistant. The program also allows humans to understand whatever their tulips are saying. Google said Google Tulip was jointly developed by its engineers and a team from Wageningen University & Research, Netherlands.

Google claimed to have created the program after observing that tulips listened to human conversations and talked to other tulips and even humans. Google said the tulip plants often asked humans for sunlight and water. However, humans do not hear because we do not understand the tulips’ language, which Google calls Tulipish.[3] 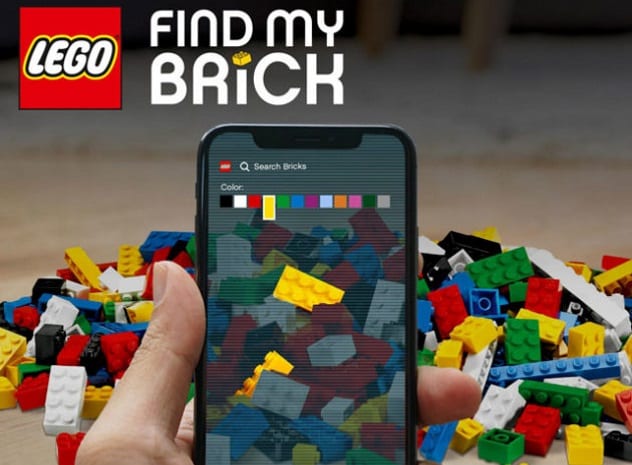 The LEGO Group is one company that has been creating April Fools’ pranks people wish were real. Last year, we mentioned that they claimed to have created the VacuSort, a vacuum cleaner that picks up LEGO bricks scattered on the floor. Many people fell for the prank but later asked LEGO to really create the vacuum when they realized it was a hoax.

This year, LEGO said it had created a Find My Brick app that allows users to find LEGO bricks by color. Users must open the app, click on any color of brick they want to find, and aim their phone’s camera at a pile of LEGO bricks. The app highlights every brick of the selected color in the pile.

People fell for the app, just as they did with VacuSort. Yet again, they asked the LEGO Group to create the app for real when it was revealed to be a hoax. An augmented reality (AR) engineer even offered to help build the app.[4] 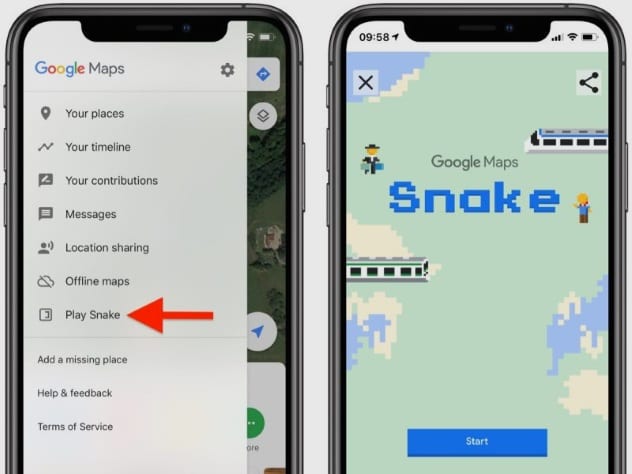 Google added a Snake game to Google Maps for April Fools’ Day this year. Interestingly, it can actually be played. The game is available on the Google Maps app or on a standalone website Google set up for that purpose.

Players are required to navigate a snake through popular cities like London, Sydney, and Tokyo, without running outside the map. They can also pick up passengers to earn more points. The game has been available since the end of March, and Google says it will be available for a week.[5] 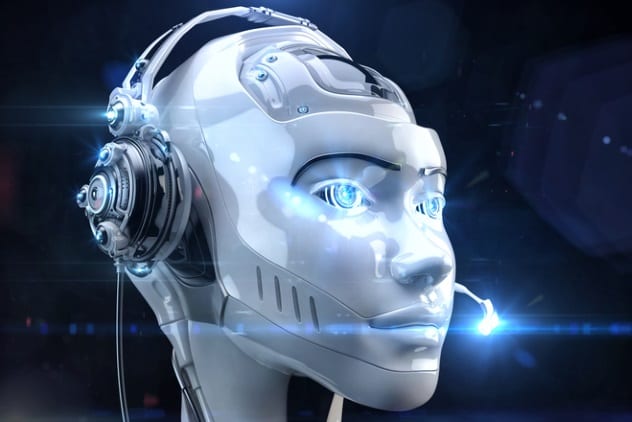 Ant Financial is an affiliate of the Chinese Alibaba Group. It handles payments for the group and used to be called Alipay. It joined the April Fools’ Day fad this year when it announced the launching of the “Fraud-Busting intelli-Phone” (FBi-Phone). The initialism is clearly a pun on the FBI.

It also claimed that the phone could identify human and robot scammers using artificial intelligence, blockchain technology, cognitive computing, pattern recognition, and several other unnamed technologies. If the caller is a robot, a female Ant Financial robot will engage the offending robot in conversation while calling the police.

Google had lots of April Fools’ Day pranks lined up for us this year. On April 1, it announced its plan to release an update called Screen Cleaner to its file manager app, Files by Google. The Screen Cleaner would allow users clean the physical screen of their phone with just the click of a button.

Google claimed the Screen Cleaner works by creating “haptic micromovement pulses” to displace grease, smudges, and dirt on phone screens. Thereafter, the app creates a magnetic field around the phone to prevent dust from gathering on its surface. It also has a pleasurable smell.[7] 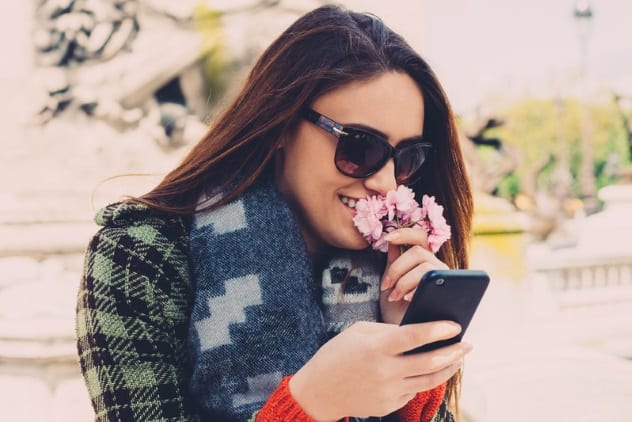 Adobe joined the April Fools’ Day bandwagon this year when it revealed that users of Adobe Capture could use the app to capture scents that could be added to logos. Just imagine smelling McDonald’s fries when you see the McDonald’s logo on your phone.

In a blog post published on April 1, Adobe claimed it had uploaded thousands of scents on the Adobe Capture app, using its Adobe Scent-sei technology. Users could mix these scents to create a unique smell for their logo.

Users willing to create a new scent are required to open the Adobe Capture app and click on Smells. Then they take a picture of the product containing the scent. They adjust a slider to control the intensity of the smell and click on the capture button when they were satisfied.

The app creates the smell by finding or mixing, if necessary, the scents preloaded by Adobe. Users can preview the scent by smelling their phone’s charging port. Adobe added that the scent could then be used in apps that supported scents.[8]

On April 1, T-Mobile published a blog post to introduce the T-Mobile BoothE, a soundproof phone booth exclusive to T-Mobile users. The phone booth allows users make calls in private and in total quiet. It also has charging facilities complete with charging cords for people wanting to juice up their batteries.

T-Mobile added that the booths also have a trademarked screen that can be connected to the phone. The screen can be used for browsing or video calling. It also has pictures of different locations that can be used as backgrounds for selfies.

The prank was promoted by John Legere, the CEO of T-Mobile US, who tweeted that T-Mobile will be rolling out sample booths soon. He added that AT&T and Verizon customers could try the sample booths even though it was supposed to be exclusive to T-Mobile users.

Many people fell for the elaborate prank. It was so successful that T-Mobile later mentioned it would also release the Mobile EditionE, a mobile portable version that could be worn over the head.[9] 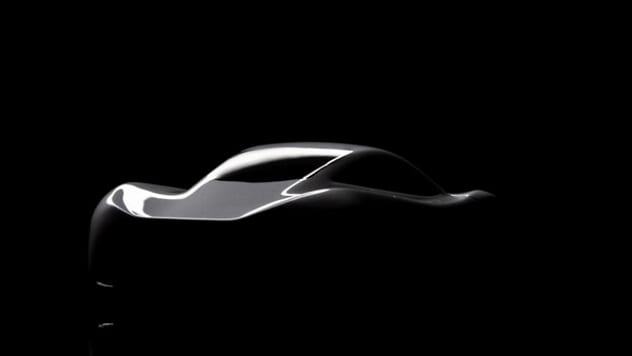 OnePlus is a Chinese phone maker trying to break into the US phone market. So it’s no surprise that they joined the April Fools’ Day fun.

On March 29, OnePlus announced it was working on an electric car it called the Warp Car. It said the automobile could travel all day with just 20 minutes of charging. It was also 3-D printed, and users could print the whole car or just make parts with their 3-D printer.

OnePlus added that the car lacks any internal or external lights. Instead, users will switch on their phone’s flashlight and put it inside the phone holder, where several tunnels and mirrors will reflect the light inside and outside the vehicle.

OnePlus added that the steering can be replaced with a smartphone, and users will only need to swipe to control their car. The steering wheel also has a button that allows the driver to take selfies on the move.

OnePlus did not release full pictures of the car, just black, silhouette-like images that only showed its supposed curves. Some readers realized it was a prank after OnePlus recommended that the car only be used by people between 168 centimeters (5’6″) and 173 centimeters (5’8″) tall. It said the limitation was caused by the “positioning of the pedals.”[10]