Have you ever done something reckless “just because?” So have these criminals. Sometimes you don’t need any real excuse to commit a crime; you do it just because you feel like it. Several factors may contribute to this “I just felt like it” attitude: peer pressure, apathy, mental illness, ignorance of the law combined with a not-so-bright individual, etc. Sometimes people were “just obeying orders” (and in these cases, the results of the crimes are absolutely devastating). That said, people can do awful stuff for no good reason.

Now, we are not condoning “leisure crimes”—you should really check yourself before you wreck yourself. But, lucky you, because people can’t control themselves, we have a top 10 list dedicated to strange crimes that happened for no reason. Let’s get started.

Related: The Devil Made Them Do It: 10 Crimes Blamed On Demonic Possession 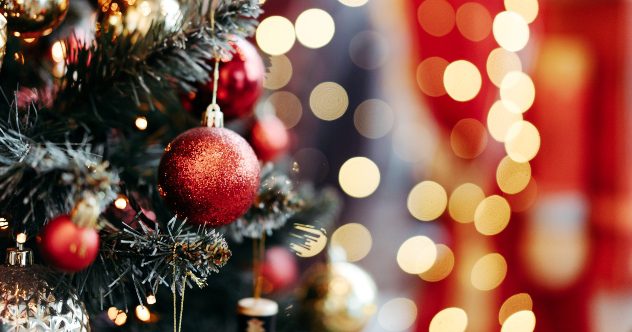 In 2011, a Dayton, Ohio, man broke into a home and put up Christmas decorations. Forty-four-year-old Terry Trent was high on bath salts at the time. To be fair, he was a nice burglar. When the family’s son came in and found him, he was watching TV and playing with toys. He told the family politely that he’d get his things and go.

Police still had to charge him with burglary because he did break into somebody’s home…oh, and being out of his gourd from the bath salts, of course. 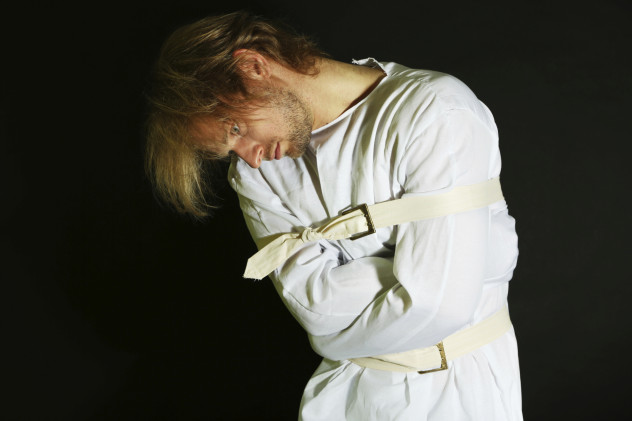 Jumping way back in history, one disturbing murder account has no reason behind it other than, “I felt like I had to do it.” In March 1868, the body of 13-year-old John Wilkins was found in Somerset, England. Wilkins’s head was beaten to a jelly-like pulp and nearly severed from its body.

After officials discovered Wilkins’s body, Alexander Holmes, who was 18 years old, tried to turn himself in for the crime. But the constable wasn’t at the police station. Instead, he told his landlady that he had murdered someone. He also told her that he was surprised that he hadn’t killed more people.

The jury ruled Holmes insane and acquitted him of murder charges on that count. After being denied care from relatives, Holmes was moved to the Lunatic Asylum for Criminals.

The Grisly Murders Of Jack The Ripper

Jack the Ripper is so famous that he shouldn’t even be on this list. But he’s on this list because his motive for killing and mutilating five women in the autumn of 1888 in London is still unknown. There have been plenty of theories, but the two most popular are revenge and because he wanted to.

Serial killers don’t need an excuse to commit a crime. Many just kill for killing’s sake. That’s where we think most of Jack’s motive falls. Jack also targeted prostitutes, who were easy victims. They would have brought Jack to a private place where he could kill them.

The revenge theory is far more interesting, however. First brought up by Leonard Matters in 1929, Matters suggested that Jack was looking for the prostitute who murdered his son. There really is no way to find evidence that backs up this claim, but it’s an interesting way to “humanize” someone who slaughtered these women for no good reason—if you were so inclined.

In 2021, 22-year-old Malek Dominique Pate was charged with four accounts of first-degree murder. Pate only had a connection to one of his victims with whom he attended fifth grade. The victims had no connections to drugs or gangs, nor was it a robbery; the victims’ families also have no idea what would have led to the shooting. The gunning down of these four victims seemed entirely too random.

It’s one thing to have no motive. But when there’s no remorse, it makes the crime all the more insidious. In 2015, two teenage boys massacred members of their family in an event known as the Broken Arrow Massacre. Robert Bever and his brother killed five members of their family. The only members to survive were their 13-year-old sister, despite sustaining injuries, and their 2-year-old sister.

The murder plot extended beyond the Bever family but was stopped short as a dying sibling was able to call 911. The Bever brothers showed no remorse nor gave a reason for their crime. Neighbors described the Bever family as quiet, maybe too quiet; quiet never really bodes well, does it?

If you know you poisoned your family, and you know you did it intentionally, why would you still declare yourself innocent? We’re looking at you, Diane Staudt.

In 2012, Diane’s husband, Mark, died of “natural causes” caused by an unhealthy lifestyle—or so some people claimed. Five months later, Diane’s son Shaun also died after suffering from flu-like symptoms. He was found with a red ring of blood around his mouth. The autopsy reported that Shaun died from a pre-existing condition.

When Diane’s oldest daughter Sarah was rushed to the hospital with organ failure, officials started to suspect something else. Sarah’s bloodwork revealed ethylene glycol, a main component of antifreeze.

Her reasons for poisoning her family? She hated Mark’s guts, and Shaun would get in the way—he was a pest. Officials later discovered that Diane’s daughter Rachel knew what was going on and confessed to helping her mother.

To Diane, she had a reason. To us? Those aren’t reasons; those are excuses.

What would you do if someone walked into your hospital and collapsed on the waiting room floor? Yeah, I’d help them too. But apparently, employees of Kings County Hospital in Brooklyn didn’t share this belief.

After checking into Kings County hospital in Brooklyn, New York, and waiting 24 hours for treatment, Esmin Green collapsed out of her chair, fell face-down on the floor, and started convulsing. This happened at 5:32 am. She stopped moving at 6:07 am. Several patients walked by but did nothing to help. Thirty minutes later, a nurse came over, nudged her with her foot, and called for help.

The hospital later tried to falsify medical records to make it seem as though she had only been without assistance for 10 minutes. Four security cameras tell a different story. The hospital fired six employees after the initial investigation.

3 Romeo and Not So Juliet

Suicide isn’t strange, but coaxing someone you love to commit suicide is. How could you encourage someone to do that? Anyway…

Back in 2014, 18-year-old Conrad Roy committed suicide by way of carbon monoxide poisoning in his car. His girlfriend, 17-year-old Michelle Carter, was found guilty of manslaughter for encouraging Roy to follow through with it. Officials discovered several text messages from Carter to Roy telling him that he must stop talking about suicide and just do it. There was even a phone call from Roy to Carter while he was committing suicide in which Carter told Roy to get back in the car and follow through with his plan.

Roy had been battling depression and anxiety at the time and was suicidal. If this was Carter’s idea of supporting a loved one in their battle, okay. I guess. But this assisted suicide was uncalled for, and Roy’s hesitancy should have been a sign that he really didn’t want to die.

If you or someone you know is struggling with suicidal thoughts, call the National Suicide Prevention Hotline. Get help—you’re not alone.

You may be familiar with the Boomtown Rats song “I Don’t Like Mondays.” The song is based on the 1979 real-life shooting of an elementary school in San Diego. Tell me why, Brenda Spencer.

Spencer was 16 when she opened fire into a playground of schoolchildren and adults. When a reporter asked her why she did it, she said, “I don’t like Mondays.” I don’t like Mondays either, but I don’t go in that hard. Spencer fired 30 times. She injured eight children, killed the school principal and custodian Mike Suchar as they were pulling students to safety, and shot a police officer in the neck.

She hid in her home for hours and was eventually convinced to surrender after being promised Burger King.

Psychiatrists rightfully attempted to get to the real reason why Spencer committed the crime. As you can guess, as is the case with most school shootings, there were some major mental health issues at play. Spencer grew up in poverty with a father who bought her a gun because, as she stated in a radio interview, “I felt like he wanted me to kill myself.” Her school had previously told her parents that she was suicidal—but they didn’t do anything about it.

Spencer stated in an interview years later that she had spent a week drinking whiskey and taking PCP before the Monday morning shooting; that day, she was hallucinating. The judge sentenced her to a modest 25 years to life one day after her 18th birthday.

Interviews with Veterans of My Lai

Remember how we said that some crimes happen because people were just obeying orders? This is one of them. The My Lai Massacre is not one of the U.S. military’s proudest moments at all and showcases a human’s capacity for brutality, even when there’s no good reason for it.

In 1968, during the Vietnam War, a group from the American Division’s 11th Infantry Brigade called Charlie Company brutally raped, mutilated, and murdered over 500 people in the Southern Vietnam town of My Lai. Women, children, the elderly—they were unarmed and posed virtually zero threat. The U.S. military covered up the incident for a year before the public found out. It caused massive outrage.

The mission to My Lai was intentionally a search and destroy mission. Charlie Company was told that they should consider anyone found to be a Viet Cong sympathizer. Instead of entering a particularly dangerous area, they found quiet My Lai. The soldiers rounded the villagers up and searched their homes, finding nothing. Charlie Company’s commander, William Calley, ordered soldiers to shoot anyway—and he started the rounds. They shot women and children running away, burned down homes, and launched grenades into the village. Calley reportedly dragged women and children into ditches before executing them. The soldiers were met with zero resistance.

An army helicopter pilot named Hugh Thompson and his crew were on a reconnaissance mission and saw what was happening below. He landed between the surviving villagers and Charlie Company and threatened to open fire at the soldiers if they continued.