No matter whether it’s a first birthday, the first day of school, getting your driver’s license, or getting married, milestone moments are such an important part of life’s journey. They are often the most recalled memories when we look back, and they are the memories that spark joy within our hearts.

While no one rite of passage is more important than any other, these ten milestone moments quickly turned from celebration into mourning.

Smashed cakes, overwhelming amounts of gifts, surrounded by family and friends—celebrating a child’s first birthday is something magical. Rehma Sabir experienced the same first birthday magic, but she took her last breath just a few days later, on January 14, 2013, her actual birthday.

Rehma had been left in the care of her nanny, Aisling McCarthy, that day. However, when Rehma’s grandparents came to see her around 4:30 in the afternoon, and she was still sleeping, they knew something was terribly wrong. Rehma could not be woken up and was unresponsive. She arrived at the emergency room in a coma. Later, bleeding inside her brain, behind her eyes, bruising on her skull and spine, and healing fractures were all found. The autopsy report initially revealed that Rehma died from blunt force injuries and abusive head trauma—shaken baby syndrome. Her death was ruled a homicide, and her nanny was the prime suspect.

McCarthy spent two years in jail, but just a few weeks before the case was set to go to trial, the medical examiner reversed her decision due to inconclusive findings. McCarthy was deported back to Ireland, and Rehma’s case never went before a judge.[1] 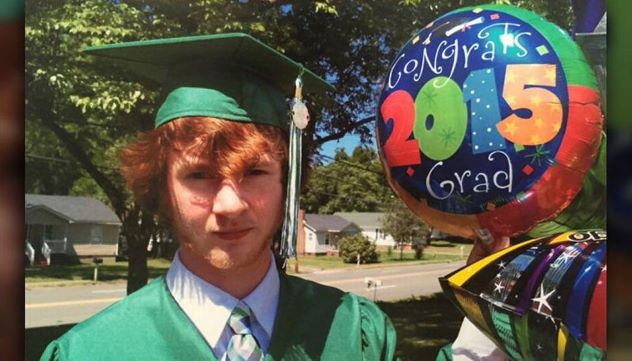 Your first job and the first day of work are filled with so many emotions—the excitement of becoming an “adult,” the nervousness of wanting to be a good employee, and the anticipation of your first paycheck. Unfortunately, nineteen-year-old Mason Cox’s first day of work turned into a tragic event that left his family and the entire company he worked for shaken.

Mason was working for Crawford Tree Service as a tree trimmer. He kicked a tree branch that had jammed the woodchipper but was pulled inside the machine. The company owner, Jon Crawford, tried to use the kill switch and put the machine in reverse, but it was too late. Mason could not be saved. After the accident, Crawford also suffered a heart attack after witnessing this tragic event.[2]

8 Going to the Prom

Finding the perfect dress, planning each moment of the night with your date, anxiously awaiting the results of prom court votes… the senior prom is a once-in-a-lifetime moment. Unfortunately, Kalen Hart and Lendon Byram never got the chance to experience that moment.

Kalen Hart was a senior at Hamilton Heights High School in Indiana and was on the way to prom with her date Lendon Byram when they were involved in a car accident that took their lives. A 17-year-old driver, who was also their classmate, t-boned them in an intersection. The tragic loss of life taken that day left a lingering impact on all the students who knew and loved them. Even more devastating was the fact that the first time Kalen’s mother was able to see her in her prom dress was when she went to the coroner’s office.[3] 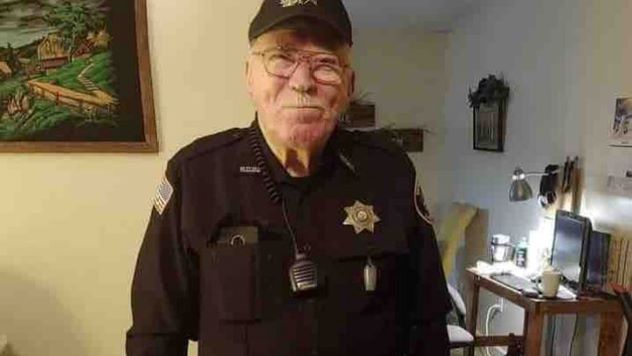 “To protect and serve” wasn’t just a simple motto to one law enforcement officer. It truly was a way of life for Stan Shaw, who dedicated 50 years to serving his community as a police officer. He had given others the best years of his life, but on his last day of work before retirement, tragedy struck.

Shaw suffered a heart attack on his way home from work and was found unresponsive in his car. While EMTs were able to restart his heart, he had been without oxygen for too long and was placed on life support in the hospital. His wife had to make a heart-wrenching decision to take him off life support after realizing his brain function hadn’t changed. Even though Shaw never got to enjoy the retirement he worked so hard for, he truly upheld his oath, trying to counsel and help those who had strayed off the beaten path.[4] 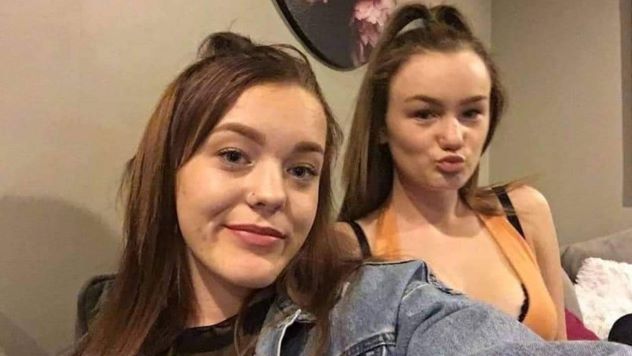 No parent should ever have to bury their child, let alone both of their children, but this was the tragic reality for father, Jason Alexander. His teenage daughters Tayla and Sunmara Alexander were both involved in a car accident that caused the car they were riding in to burst into flames. Tayla died on the scene, but her sister Sunmara and the other passengers were pulled from the vehicle.

Sunmara had burns all over her body and was transported to the hospital, where she was placed on life support. Unfortunately, she succumbed to her injuries and died on her 16th birthday. In light of the anguish and grief Jason Alexander was put through, he chose to forgive the driver rather than harboring anger. He now works to advise teens about the dangers of reckless driving.[5]

Getting engaged is also one of the happiest moments of your life and should be a day so full of excitement that you can barely contain your emotions. However, for Dimitrina Dimitrova, the exhilaration of her engagement led to tragedy.

Dimitrina was visiting Ibiza to spend time with her boyfriend, who worked as a waiter. During her visit, her boyfriend proposed at a romantic cliffside location. After the proposal, she began jumping up and down with delight when she fell off the 20-meter (65-foot) cliff. Paramedics were called to the scene, but Dimitrina died from a heart attack that was caused by her fall.[6] 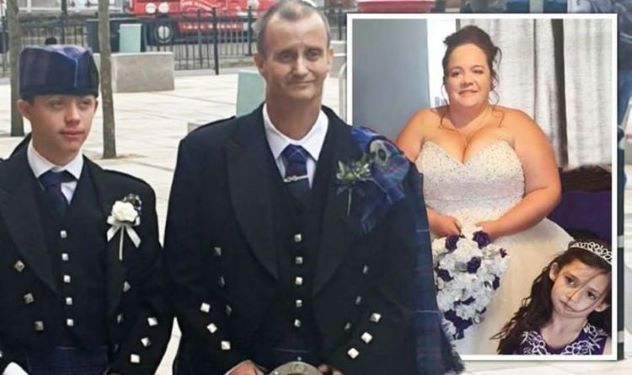 While the stress of planning a wedding can be overwhelming, it can easily be forgotten once you see your vision come to life on your wedding day. For Paul Wynn and his partner Alison, their wedding day should have been one of the happiest moments shared with friends and family. Instead, everyone in attendance witnessed a tragedy unfold before their eyes.

Paul and Alison had been together for 21 years but had never married. However, Paul had been diagnosed with pancreatic cancer and was told he possibly had only a few more months to live. So the couple hurried to get married in light of his diagnosis. On the day of their wedding, Paul was waiting for Alison at the altar, but by the time she reached him, he was slouched over, unresponsive, and would not answer her. Paramedics were called, but it was too late. They were unable to revive him. Paul died at the altar before ever having a chance to marry his long-time love.[7]

3 Getting a Driver’s License 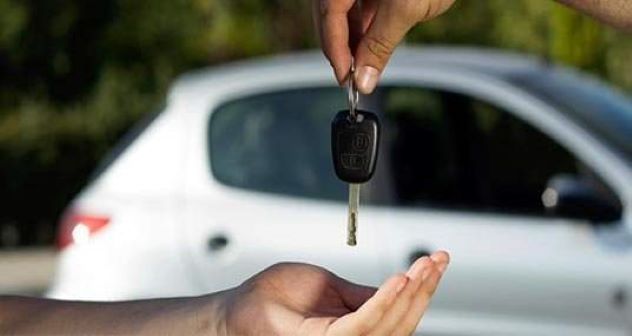 Getting your driver’s license is a huge milestone moment for teenagers. It represents a sense of freedom and allows you to feel one step closer to becoming an adult. However, for parents, the moment is often filled with fear and worry. No parent wants to get a call saying their child has been involved in a car accident. However, this was a tragic reality for Jacob Jolly’s parents.

Jacob had passed his driver’s license test on the morning of June 28, 2013. However, at 10:34 am, he lost control of the car he was driving and hit a utility pole. Due to the speed at which he was driving and the impact of the crash, he was thrown from the vehicle and died on the scene.[8] 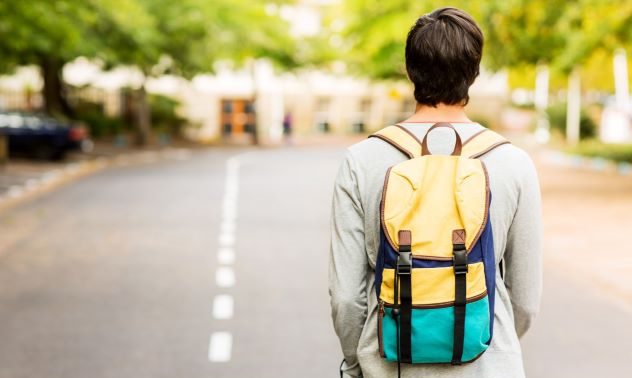 Your first day of school, no matter the grade, is always filled with the excitement of new classes, showing off your new clothes, and seeing old friends you’ve missed over the summer months. Peyton West felt that same excitement on his first day of 8th grade, especially after having spent the previous five months recovering from a heart transplant.

Peyton was being goofy that morning, and his family spent time taking pictures of him before he left for school. However, when his brother Ethan dropped him off at school, Peyton said he didn’t feel well and collapsed. Ethan took Peyton to the school nurse’s office, and paramedics later transported him to the hospital. The doctors tried to restart Peyton’s heart for over two and a half hours but were unsuccessful. He died at the hospital.[9]

1 Having Your First Child

While childbirth can be a scary thought, especially for a new mother, bringing your first child into the world is also such an exciting moment. Mothers spend nine months caring for and protecting their unborn children in anticipation of seeing their sweet faces for the first time.

Twenty-six-year-old Amber Isaac was expecting her first-born child with her partner Bruce McIntyre. Amber’s platelet count dropped during her pregnancy; however, because her pregnancy took place during the COVID-19 pandemic, her healthcare visits took place through video calls rather than in an office setting. Amber had a gut feeling something was wrong and continued to pressure the health care providers to see her.

She was scheduled to be induced early, and on that day, the doctors realized she had developed hemolysis, elevated liver enzymes, low platelet count (HELLP) syndrome. However, sadly her diagnosis was given too late. Amber was rushed in for an emergency C section but did not survive the delivery. Due to COVID protocols, no one else was allowed to be in the operating room, and she died alone, never getting the chance to see her son.[10]