No matter your gender, sexual orientation, political views, or religion, there are objects in this world that our brains will, consciously or not, remind you of sex. Or at least something sexual. The technical term for this is arousal, but we also know it as “getting turned on.” Your heart rate increases, you might breathe slightly faster than you were a moment ago, and blood starts to flow to different places. Don’t get blindsided and wonder why you just got turned on the next time you smell a candle—when your brain sees things or simply thinks about things that remind you of a past sexual experience, it can happen. Here’s a list of ten everyday-ish objects that people get turned on by. 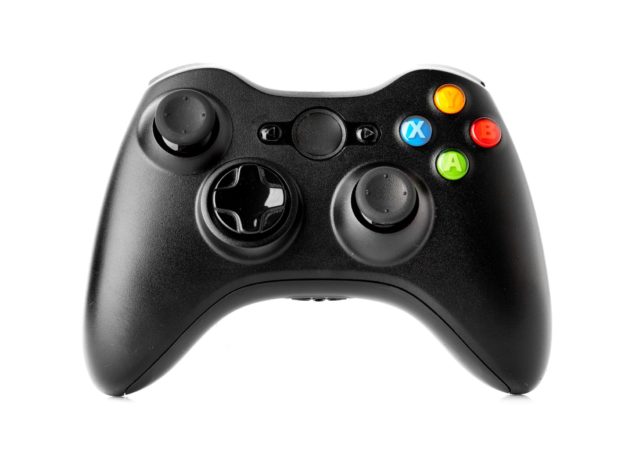 Now with vibration intensity settings? O-okay. Sometime between the great toilet paper shortage of 2020 and now, many of us needed some new and old hobbies to keep us sane. Many men, women, and everyone in between, picked up the sticks (a controller) and played at least a few rounds of vids. Mid-game, your phone dings with a notification. You put the ‘roller in your lap and watch a hilarious Snapchat.

Meanwhile, your video game avatar is violently assaulted by a walking mushroom-like creature (see Goomba). This sends a vibrating jolt to the controller resting in your lap. Suddenly, for some completely unrelated reason, you remember to text your significant other that you’re coming over later. 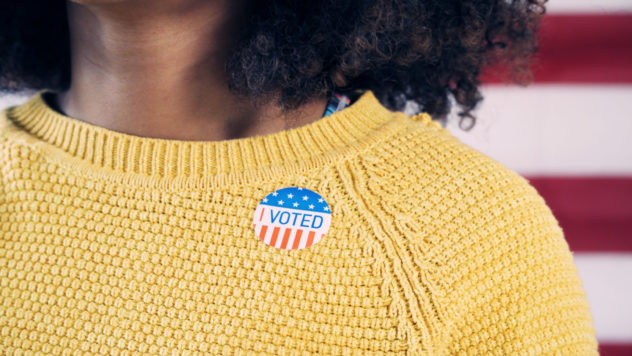 By definition, this is not an everyday object. But to make my case, when is it a bad time to promote voting? Also, you should see this object every voting day. Now that my editor is happy:

Nothing gets a red-white-and-blue bleeding patriot going like catching a glimpse of someone’s “I Voted” sticker. See someone who fits your sexual orientation walk by with proof they performed their civic duty, and suddenly November’s never been so hot. You’re likely lying to yourself if you don’t get aroused when you go to Starbucks on election day and see that sticker-wearing girl or guy in their aura of superiority. Your mind goes straight to the Washington DC swamp gutter.

But seriously, it says a lot about a person if they display some form of caring about their community. It can be a highly desirable trait. It’s not weird that you seek someone who is informed and cares about our country’s direction. It’s what you’re looking for in a partner. The desire to be with someone based on that silly sticker, guess what, that’s you being turned on. 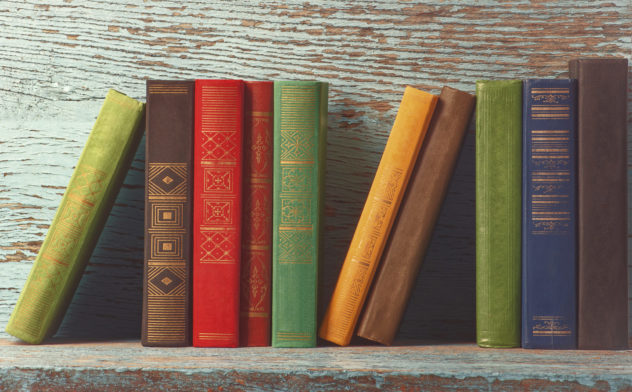 Sapiosexuality is a not uncommon trait that makes people sexually attracted to intelligence. What’s the stereotypical sign that someone is (probably) intelligent? Books. Books can be a huge turn-on. Now obviously, or rather, hopefully, no one is wandering around the public library because of the intense sexual rush it provides. But when we nervously enter a romantic interest’s abode for the first time, and we see some Maya Angelou, Mark Twain, or Tolkien sitting on the coffee table, it. Is. On. 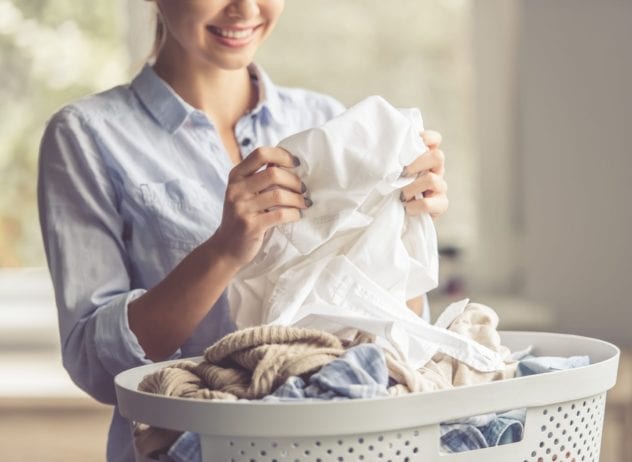 I’ve recently come to terms with the daunting task of laundry; making it my enemy wasn’t helping anyone. Wait. Sorry no, doing laundry sucks. There is no reconciliation to doing laundry. It sucks. But, if it’s not ours, that’s a whole different story.

Whether it’s a massive pile or a neatly folded stack, our brains can’t help but associate our significant others’ butt-enhancing boxer briefs or their rustic granny panties with pleasant memories. While they may be currently standing at the door in 4 layers of puffy coats, those clothes on the floor across the room, they took those off at some point – think about it that way, and willy-nilly, you’re turned on. 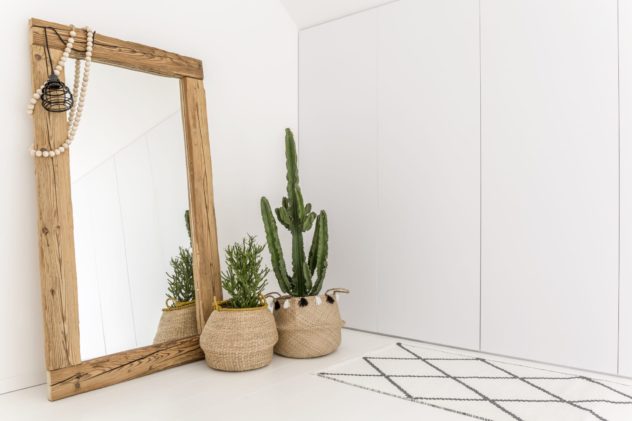 No one should judge someone on what they get turned on by. If you happen to get excited when looking at yourself in a full-body mirror after a shower, more power to you. Is it narcissistic? Maybe, but not necessarily. It’s more likely just our natural reaction to seeing a naked body. Even if it’s our own body, the fact that we’re naked and looking at it can feel scandalous. The societal taboo of nakedness is a common source of arousing emotions.

Then, of course, there’s the flipside. Many people suffer from poor body image. In which case, mirrors may have the opposite effect. Try to remember there is no one more critical, more judgmental of your flaws than yourself. No one has spent more time looking for imperfections, too big of pores, or different-sized eyes, than you. This isn’t about to become a lecture on the Power of Positive Thinking, but suffice it to say, ugly thoughts can lead to ugly people. Force yourself to find one aspect of your body you like. Make it a habit to appreciate it every time you look in a mirror, and this everyday object might start to turn you on.

Foam Rolling Your Back: DON’T Do This! Do THIS Instead

Let’s just address now: it is not the elongated shape of foam rollers that turns people on. Or maybe it is, to each their own. Next, for anyone who doesn’t own a foam roller, you should know that it is very much an everyday object for the people who do own one. There are few better sensations than having that foam cushion apply gravity’s weight in pressure as it moves down your back towards the top of your butt. After a long day, it’s pure bliss. Sustained use of a foam roller helps relieve back pain, improves flexibility, and helps your muscles work more efficiently. You feel ready for anything.

As the Journal of Sports Physical Therapy puts it, foam rolling “probably [allows you to] perform your workouts with better, more efficient, and safer form.” Given the subject of the article you’re reading, you can probably guess specifically what kind of partner-based workouts you’d be inclined to try. 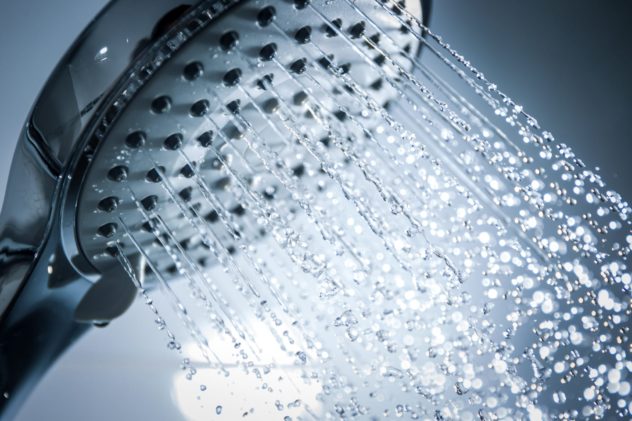 No gimmicks or veiled personality traits here. Physical stimulation of sensitive areas on our body is how we usually imagine arousal taking place. And that’s what showerheads do; their potential to turn you on is as straightforward as you can imagine. Unfortunately for us, peasants whose bathrooms aren’t equipped with handheld showerheads, this may not apply.

Sexual arousal aside, handheld showerheads are just plain fun to play around with. And when you do encounter one, just remember, you have no one to blame but yourself when you end up spraying the entire bathroom because you turned it an inch in the wrong direction. Also, be mindful of water pressure. Ouch. 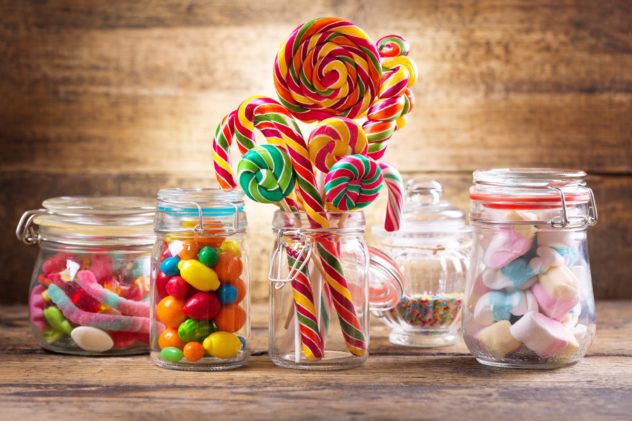 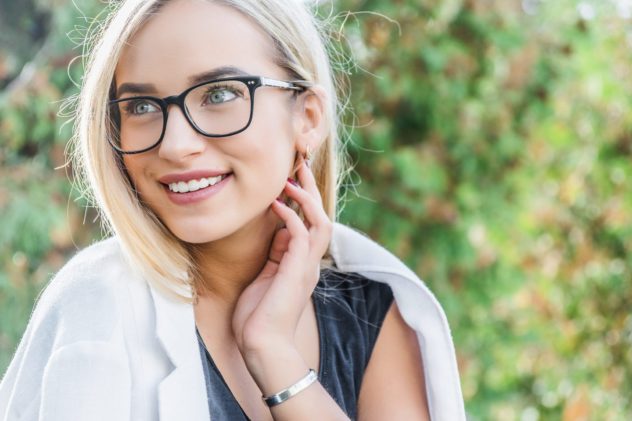 Within the same realm as sapiosexuals, glasses can be a turn-on. While contradictory to the idea of animals choosing the most genetically fit mate to produce offspring, your declining eyesight matters not to some individuals. In fact, some prefer you in them because “you look like an intellectual,” according to your mom’s friend from yoga class. Glasses can change the way others perceive your facial features—an illusion, to be sure. If it’s an attractive illusion, sorry, but you’re turning people on.

Poor vision matters even less if we spot a slick pair of designer eyeglasses, possibly indicating a wealthy status or simply good taste in fashion. Both traits, when you spot them in the checkout line at Target, can make you as inappropriately excited as ever. 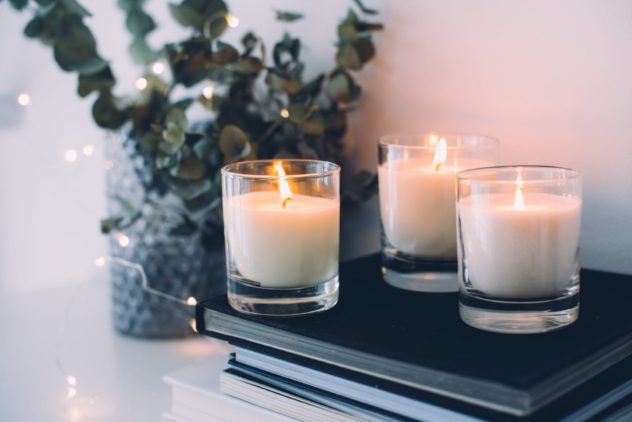 Candles affect two of the senses that play a huge role in getting turned on, sight and smell. For vision, we have the dim flickers of candlelight. This dimming, for whatever reason, can set the right mood for two partners while they dine. A far more potent aspect of candles turning you on is the smell. Your smell can be one of the most powerful senses for stimulating memories. That, and there are certain smells that science has shown, turns us on.

While many of these smells are body odors, those are generally later-stage arousal-enhancing byproducts – you were turned on a while ago. That’s why you’re now 2 centimeters away from your partner’s face and in their embrace. But to get to that stage: candles. Vanilla, ginger, jasmine, Neroli, Sandalwood, the list goes on. Light up a wax embodiment of these smells, turn off overhead lights, and the stage is set for that 2-centimeter separation.