Long before DoorDash, Uber Eats, or Grubhub, pizza chains were the pioneers of delivery service. On hot days when you had no desire to fire up the oven, or on Fridays when the hustle and bustle of the week had brought you to exhaustion, you didn’t need an app or even internet access. All it took was a phone call to have a hot pepperoni, combination, or—dare we say—Hawaiian pizza delivered straight to your door.

While the ten stories on this list are a mix of tragedy, misfortune, and a bit of humor, they all have one thing in common. They are 10 examples of pizza deliveries gone terribly wrong.

Forty-five-year-old William Fields, or “Billy,” as he was better known, was well-known within the community of Connersville, Indiana, where he lived. He was also a favorite delivery driver for Pizza King, the company he worked at for almost 30 years. However, Fields could never have imagined that the seemingly routine delivery he would make on November 27, 2021, would also be his last.

As Fields approached the home and stepped onto the porch to make his delivery, the porch collapsed, leaving him unconscious and trapped by debris. Emergency responders were dispatched to the residence, and despite their best efforts to revive Fields, it was sadly too late. He was later pronounced dead at Reid-Health Connersville Hospital. While the exact circumstances surrounding what caused the porch to collapse are unknown, the authorities ruled Fields’s death an accident, and no criminal charges were filed.[1]

Thirty-seven-year-old Joshua Ungersma of Lafayette, Indiana, was a hard-working, dedicated father. He was employed by Payless Supermarkets for over 10 years and took on a second-shift job with Domino’s, delivering pizza to support his wife and children during the pandemic. Sadly, his strong work ethic and willingness to support his family would cost him his life.

When Ungersma attempted to make a pizza delivery on August 31, 2020, to 17-year-old Jaelynn Billups and her 19-year-old boyfriend Alberto Vanmeter, things took a turn for the worst, and Ungersma was shot to death. However, when police arrived on the scene, they found both Ungersman and Vanmeter dead and Billups with a 9mm in her hands.

While Billups originally claimed the two men had shot each other, two other witnesses later testified that they saw Billups shoot Ungersman after he stated the couple had tried to rob him and asked the witnesses to call for help. Vanmeter had already been shot at this time. Billups later changed her story and stated she shot Ungersman “in the heat of the moment” after he killed her boyfriend. Billups was sentenced to 50 years in prison, and while we may never know the exact details that led up to the two men’s deaths, one fact remains—an innocent husband and father lost his life much too soon and over something as simple as a pizza order.[2] 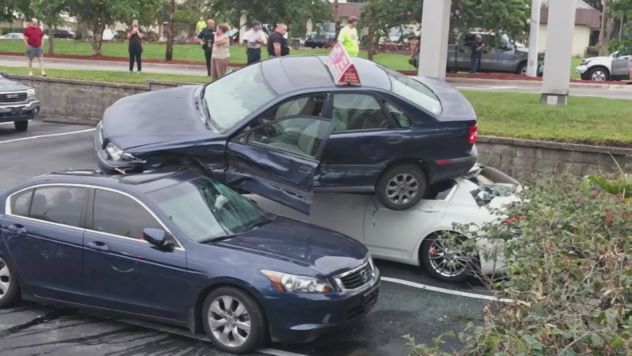 Eighteen-year-old Kyle Hinkle of Orange Park, Florida, was a delivery driver for Five Star Pizza and finished his scheduled delivery on the afternoon of September 5, 2015. While this seemed like any other day at work, the events that would ensue on his commute afterward are ones he will surely never forget.

After leaving the customer, Hinkle was hit by an 86-year-old man who turned directly in his path. Hinkle tried to avoid the elderly driver but was unable to, and his car was sent into flight, where he later landed on top of two other vehicles parked across the street at a Texas Roadhouse. As scary as the incident was, thankfully, neither driver was hurt.[3] 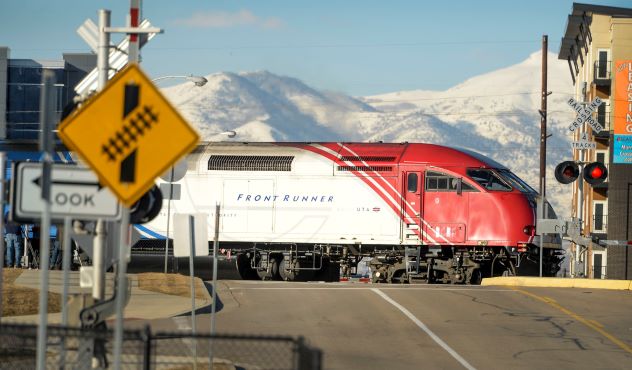 Twenty-year-old Eryx Lynch of Murray, Utah, was a shy young man who had endured a rough childhood. However, despite his circumstances, Lynch had big dreams and took a job delivering pizza for Domino’s in May of 2022 to help him pay for college. Unfortunately, he had only been on the job for one week when an error in judgment proved fatal.

On the evening of May 7, 2022, Lynch was making a delivery on his e-bike when he attempted to cross over a set of train tracks, even though the gate arm was down. As Lynch began to cross, he was struck by a train. Since Domino’s ended its “30 minutes or less” guarantee back in 1993, it is unclear what factors may have caused Lynch to take such an extreme risk. Regardless, Lynch’s sudden death will forever leave a hole in his family’s heart.[4] 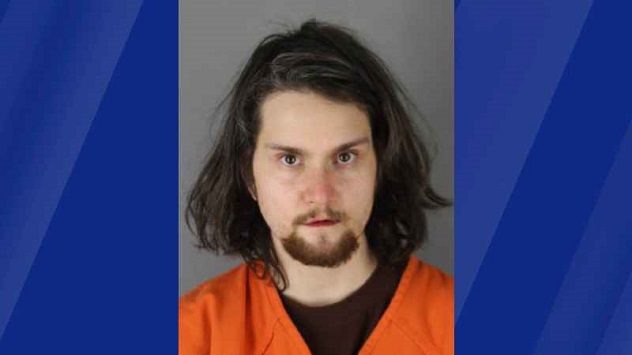 Twenty-eight-year-old Cole Venables was a pizza delivery driver in Hopkins, Minnesota. On the evening of April 9, 2021, Venables struck and killed a pedestrian while en route to a delivery after “falling asleep” behind the wheel. However, 26-year-old Olivia DeMeuse’s death was no accident at all.

Authorities concluded that Venables was under the influence of narcotics, and he admitted to taking “Xanax, Suboxone, and benzos” prior to his shift. It was also later discovered that Venables had previous convictions of driving while impaired, so it is unclear how he was allowed to drive for the pizza chain. On February 24, 2022, Venables pleaded guilty to criminal vehicular homicide and was sentenced to a one-year term at the Hennepin County Workhouse (although he was credited 92 days for the time he previously served), as well as five years of probation.[5]

We’ve all heard the slogan “It’s not delivery. It’s DiGiorno,” right? Well, in this particular case of a pizza delivery gone wrong, the headline reads, “It’s not delivery… it’s all over Interstate 30.” On August 9, 2017, a semi-truck was en route through Little Rock, Arkansas, to deliver both DiGiorno and Tombstone pizzas. Unfortunately, when the top of the semi-trailer hit the overpass, the trailer detached and was ripped open, and a wave of pizzas spewed across the interstate.

While it took transportation officials four hours to clean up the roadways, thankfully, no one, other than the pizzas, was hurt.[6]

While 49-year-old Juan Cristalinas had an intimidating outer appearance, he was nothing other than a loving, kind-hearted husband, father, and grandfather. However, one simple act of charity on his part was met with violence.

Cristalinas held several different jobs, which included working as a mechanic as well as a pizza delivery driver for Domino’s, in order to be able to provide for his family. However, when Cristalinas didn’t return from a delivery in Stanton, California, on the evening of June 28, 2022, police were dispatched to the delivery address, where they found both Cristalinas and an unnamed elderly gentleman. Both had been shot and were taken to the hospital. Cristalinas was later pronounced dead, but the 76-year-old was in stable condition. The investigation into what occurred that tragic night is still under investigation. But it is believed that Cristalinas stopped to assist the elderly man and was shot while trying to be a good Samaritan.[7] 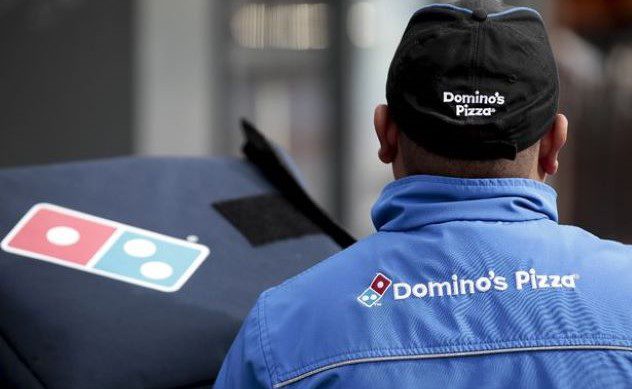 Tara Miller of Regina, Saskatchewan, had been a long-time customer of her local Domino’s, so when she got a craving for pizza on May 29, 2021, she placed an order as usual. Her pizza was delivered as expected, and Miller spent the afternoon sharing the pizza with her friends. While being surrounded by good friends and good food is invaluable, it wasn’t until her company was gone that Miller realized the true cost of that day’s meal.

Miller later checked her bank account only to discover that every cent in her account was gone. Naturally, Miller went in person to the Domino’s store in hopes of resolving the matter. However, the staff advised Miller that according to their records, the order she placed was for pick-up versus delivery. Overwhelmed and upset, Miller continued to plead her case that she had indeed placed a delivery order. It was later discovered that an unknown man had come in and picked up Miller’s order without her knowledge. He was also the same man who later delivered the pizza to her.

Fraudsters were posing as employees, and while they were delivering orders, they were also obtaining customers’ financial information when orders were paid for by either credit or debit cards upon arrival. Sadly, Miller was also not the only customer in the area to fall prey to this scam.

Thankfully, Miller’s bank reimbursed her for the fraud, and the Domino’s manager assisted in providing evidence to the police in hopes of catching the perpetrator. Given this experience, Miller will certainly never look at ordering pizza the same way again.[8]

An unidentified Pizza Hut delivery driver was making his last delivery of the night on January 21, 2020, when he witnessed an accident and pulled over to check on those involved. However, the driver’s honorable act would later lead him on a high-speed chase with the police.

After seeing 25-year-old Elpidio Cruz Jr and a two-year-old boy on the side of the road, the driver stopped to ensure they were okay. Around the same time, an officer arrived on the scene, and it was at that moment, rather than showing gratitude towards the delivery driver, Cruz pulled out a gun, climbed into his backseat along with the young boy, and forced the driver to flee the scene.

Cruz was on parole and was willing to do anything in his power not to go back to prison, so he demanded that the driver evade capture at any cost. The 20-minute chase ended at the home of 23-year-old Brena Riojas, who was also the little boy’s mother. Cruz again fled the scene and is still wanted by police. While the driver was not harmed, this terrifying pizza delivery is one that is sure to haunt him forever.[9] 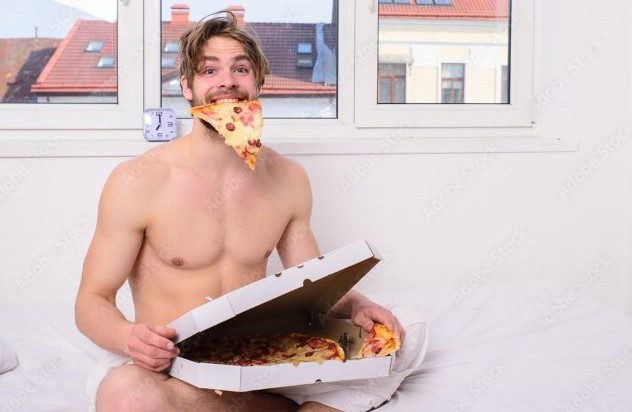 An unnamed female delivery driver for Domino’s was making a seemingly normal delivery to a customer on March 20, 2019. When she arrived, the gentleman was waiting outside, and his food was delivered without any issues. However, the male customer must have been intrigued by the driver as he began flirting and, later that afternoon, placed a second order.

When the same driver arrived again at the customer’s residence, the man opened the door, but this time she was met with a shocking sight—he was “almost naked.” The indecent man tried to coerce the driver inside, but she left immediately after seeing this pizza pervert.[10]