Whether you’re purchasing the home of your dreams or downsizing as empty nesters, you must endure the daunting task of actually moving all your belongings before you can fully enjoy your new residence.

The tasks of carefully packing fragile items, organizing possessions by room, and loading large pieces of furniture seem to never end. Even after all your personal effects are ready to go, you must also find a way to transport everything to the place you will soon call home. This can be an equally challenging task, especially if you don’t own a truck or large vehicle.

Thankfully, with various rental truck companies, along with private moving services, there are endless options to ensure your belongings are safely transported with as few trips as possible. Rather than your typical finds such as boxes, moving blankets, or furniture, this list contains 10 bizarre and horrifying things that have been found inside U-Haul trucks.

10 A Snake in the Dashboard 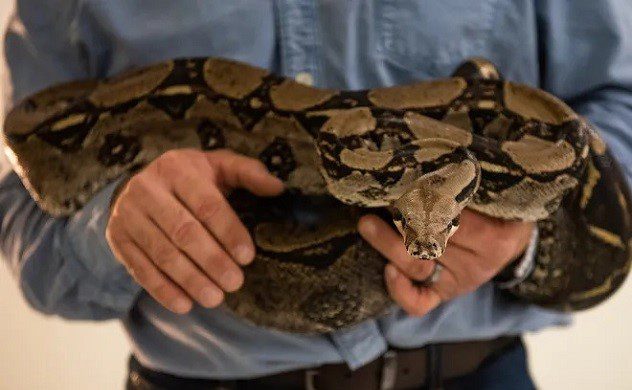 Jason Lowery, an employee of Owen Ford in Jarratt, Virginia, might have easily assumed that the morning of September 26, 2014, would be like any other day at work. Little did he realize he would be assisting with a very different type of customer service that particular day.

Two unnamed men were traveling from New Hampshire to Florida in a U-Haul truck when they noticed they had a surprise passenger—a 5-foot (1.5-meter) snake. As the snake slithered out of the dashboard, they frantically pulled into the Ford dealership’s parking lot, and one of the men ran inside for help.

Lowery sprang into action, and when he went out to the truck, he noticed the other traveler holding onto half of the snake in an attempt to keep it from crawling back into the dashboard. Lowery and other Ford employees were unsuccessful in removing the snake, so they called Critter Control in Virginia Beach.

Thankfully the operator, Lucky Streich, was able to dislodge the snake using ice. Once out of the dashboard, the snake was taken to animal control. They believe it was either a python or boa.[1] 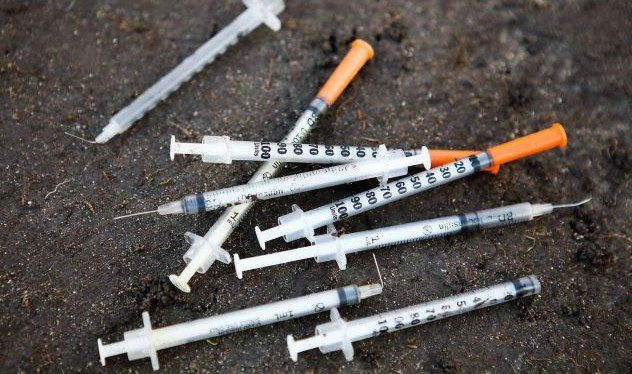 Harry Wolford was the general manager for Brian’s Smog, Brake, and Tune in McKinleyville, California. Aside from offering smog checks and automobile repairs, their shop was also a licensed U-Haul rental site.

Unfortunately, in June 2015, one of the U-Haul trucks was stolen. After approximately three months had passed with no updates, Wolford wasn’t sure the vehicle would ever be returned. Then, on September 9, 2015, Wolford received a call from the Humboldt County Sheriff’s Office stating that the truck had been recovered, and they asked him to pick it up. However, Wolford could never have imagined the grotesque contents he would discover inside.

The two thieves had been living inside the truck, and it was full of jewelry, knives, syringes, and large amounts of adult toys, along with bondage ties and other drug paraphernalia. While the two suspects were arrested, Wolford was just as unlucky as he was tasked with cleaning up their disgusting mess.[2]

On January 8, 2020, U-Haul staff in Fullerton, California, made a horrifying discovery while conducting inventory on one of the rental trucks. The truck was originally rented in Anaheim, California, but was later found abandoned after the contracted rental period expired. From there, a third party transported the moving truck to Fullerton.

However, when the staff began going through the truck, they found a body wrapped in cardboard, plastic wrap, and duct tape inside the cargo hold. The body was later identified as 29-year-old Ashley Manning. Manning had flown from Dallas, Texas, to Los Angeles, California, on November 13, 2019, and was later reported missing by her family.

The Los Angeles Police Department was able to confirm that Manning had made it to the Los Angeles Airport and began reviewing security camera footage in hopes of finding a suspect. They also later obtained the U-Haul rental history but did not disclose any additional information regarding the case.

While Manning’s death was deemed “suspicious” and was treated as a potential homicide, no official statement was given regarding her death.[3]

On June 13, 2022, a “menagerie of animals” was discovered in a dirty, abandoned U-Haul truck in Cambridge, Massachusetts. Four coatimundis, along with two chinchillas, a rabbit, two rats, three quaker parrots, and three love birds, had all been sadly discarded along with the truck.

The animals were then taken to the MSPCA’s adoption center in Boston for evaluation. All the animals, with the exception of the coatimundis, were put up for adoption. It is illegal to possess a coatimundi in Massachusetts, and the MSPCA planned to rehome them to a zoo or other wildlife sanctuary that could meet their specific needs.

The person who rented the U-Haul was located and is under investigation.[4]

Man Arrested for Stealing 1,110 Pairs of Yeezys Worth Over $250K Found In A U-Haul Truck

The Yeezy brand is a collaboration between rapper Kanye West and Adidas that sells sneakers, clothing, and accessories. Given that the sneakers sell for anywhere from $200 to $500 a pair, it’s no wonder Yeezy made $1.7 billion in sales in 2020 alone. Just like any high-ticket item, they are also a target for thieves.

On March 26, 2022, a U-Haul truck containing 1,100 pairs of Yeezy shoes was stolen in Portland, Oregon. However, the Portland Police Department was able to locate the truck the following day and recover the sneakers, which have an estimated worth of over $250,000.

Twenty-six-year-old Rupert Cabrial Crosse was arrested and charged with aggravated theft and possession of a stolen vehicle. At the time of his arrest, Crosse was also facing other charges involving prostitution and strangulation. However, on March 21, 2022, the district attorney filed a “no complaint” motion that the charges would not be held against Crosse, but he could be charged in the future after further investigation.[5]

City street employees Matthew Pearce and Nicholas Vealay stopped by a Speedway gas station in Elyria, Ohio, for a break on August 2, 2017. However, the two men noticed something odd—six people filing into the back of a U-Haul truck and being locked in.

Pearce immediately ran out of the gas station and asked the driver, 55-year-old Brian Dekam, to exit the cab and open the back. That’s when Pearce discovered five children ranging in age from 2-15 years old, along with their babysitter, 25-year-old Jamie Adkins, in the back of the truck.

With temperatures in the ’90s, the children had red faces and were soaked in sweat. The two-year-old was taken to a local hospital for heat exhaustion but was later airlifted to a children’s hospital for further treatment. While none of the other children suffered any serious injuries, they were covered in bed bugs, lice, and ringworms.

Adkins stated they were on their way home from a flea market. She had been babysitting all the children except the 15-year-old for the last two weeks and hadn’t seen the mother since.

Adkins and Dekam were charged with one felony count of endangering children and three misdemeanor counts of endangering children. However, Adkin was later deemed incompetent to stand trial. Dekham pleaded guilty to the charges and was sentenced to one year of community control. The four youngest children were placed in foster care.[6]

On January 2, 2017, a resident of southeast Washington, D.C., called the police to report an abandoned U-Haul truck that was blocking some parking garages. However, what would have been a simple parking violation turned into a much larger discovery for police.

When police arrived, they discovered “at least four ATM machines along with a safe” inside the moving truck. The police did not disclose whether any money was found inside the machines. However, within the last month, five ATM machines had been stolen from a neighboring county, so an investigation was opened to see if these machines were, in fact, the ones stolen from those locations.[7] 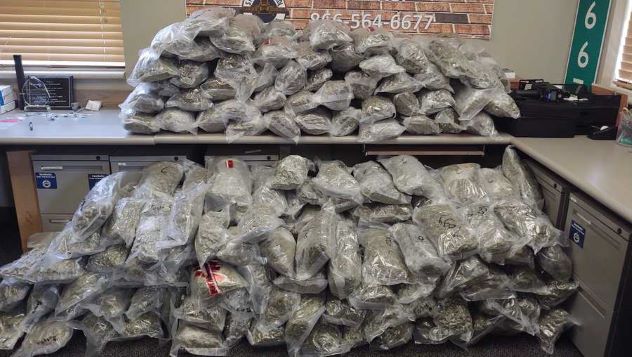 Bergen County Police received an anonymous tip that 33-year-old Fernanda Young was moving “bulk shipments of marijuana” in a U-Haul truck through the Carlstadt, New Jersey, area. On February 17, 2022, police were able to locate the truck and conduct a search, where they discovered 236 pounds (107 kilograms) of marijuana, along with crystal meth and fentanyl, in the truck.

Young was arrested on scene and charged with first and third-degree drug possession charges with the intent to distribute.[8]

Jon and Dana Williams, the owners of Savage Cane Corsos, are premium breeders in Dayton, Texas, and also partner with another kennel in Tennessee. The couple uses dog transporters to ensure the puppies safely get to their new homes, wherever that might be.

On August 1, 2022, 26-year-old Tiara Alsaid picked up a puppy named Dolo that was supposed to be transported from Tennessee to its new home in California. Given that Alsaid had transported puppies for the kennel previously, the breeders assumed Dolo was in good hands. Unfortunately, Alsaid had other plans for the pup.

Two weeks went by without any word from Alsaid, and Dolo still hadn’t made it to California. Worried, the Williamsons posted to social media in hopes of getting answers. At that point, they realized there were others who had similar experiences with Alsaid never delivering their dog. One person in Florida even claimed Alsaid delivered a deceased dog to her.

Given the feedback, the Williamsons began working with local officials in hopes of setting up a sting operation to catch Alsaid. However, before they could put their plan into action, Alsaid was pulled over for a traffic stop on August 30, 2022. Alsaid, along with 57-year-old Anthony Johnson, had four malnourished dogs in the back of the stolen U-Haul, and one of the dogs was Dolo.

Alsaid was arrested and charged with animal theft and animal cruelty. She also had outstanding warrants on other drug-related charges. The Williamsons planned to nurse Dolo back to health until the new owner could pick him up personally. Officers also began working to reunite the other three dogs with their owners.[9] 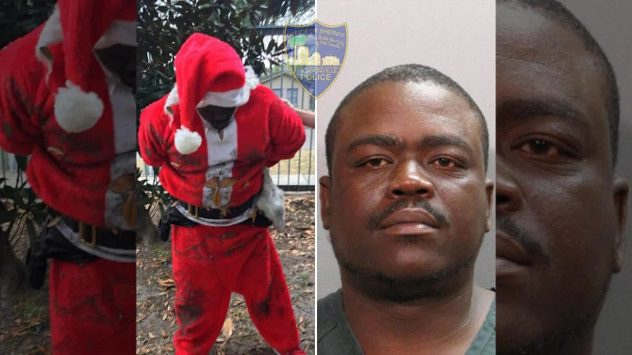 When patrons of a Jacksonville, Florida, business began noticing some suspicious drug activity on December 19, 2016, they contacted the sheriff’s department to investigate. However, when the Jacksonville Sheriff’s Department arrived on the scene, they came across a rather unusual sight.

Forty-one-year-old Isaac Geiger was in the driver’s side of a U-Haul truck dressed as Santa Claus. As soon as Geiger spotted the police, he attempted to flee on foot but tripped over his Santa pants and fell. From there, he continued to resist arrest, but police were finally able to subdue and handcuff him.

Inside the U-Haul, police discovered marijuana, MDMA, ecstasy, scales, and cash. Geiger was arrested and charged with possession of marijuana and methamphetamine with intent to sell and resisting arrest.[10]