The world is full of amazing creatures. However, with the effect of habitat loss and human activity, several species are brought to extinction. Efforts to locate the lost species are then implemented. Scientists and conservationists are currently examining ways to preserve what is left of the species that are rediscovered. Here are some of the species that were thought to be dead but re-emerged from extinction.

One of the world’s rarest chameleons found clinging to survival

The Chapman’s pygmy chameleon (Rhampholeon chapmanorum), which grows to approximately 2.2 inches (5.5 centimeters), was first detected in 1992 and was not seen in the wild again until 2016. Researchers from the South African National Biodiversity Institute and the Museums of Malawi were able to locate the chameleon in the rainforest.

Over the last 40 years, an estimated 80% of the rainforests of Malawi Hills, where the chameleons live, have been destroyed, mostly for agricultural purposes. The chameleon is critically endangered, and the remaining populations are isolated, putting genetic diversity at risk. The researchers are calling for more chameleon population surveys and monitoring, as well as conservation action to protect what remains of the chameleon’s habitat.[1]

The only specimen of the black browed babbler (Malacocincla perspicillata) to be collected was between 1843 and 1848 by German naturalist Carl A. L. M. Schwaner. The specimen is currently displayed at the Naturalis Biodiversity Center in the Netherlands. It is considered the longest known missing period for any Asian species, being lost to science for 170 years. However, the unique bird has been detected in the forest of South Kalimantan, Indonesia, by two locals after frequent sightings. Photographs gathered from the sighting were then sent to ornithologists, who confirmed that it was indeed the black browed babbler.

The bird has a stout appearance with a relatively short tail and a robust bill. The upper parts were dark brown, while the underparts were greyish with fine white streaking up to the breast. The bird has a distinct facial appearance, with the crown being chestnut brown and demarcated by a broad, black eye stripe extending across the cheeks to the nape and neck sides.[2] 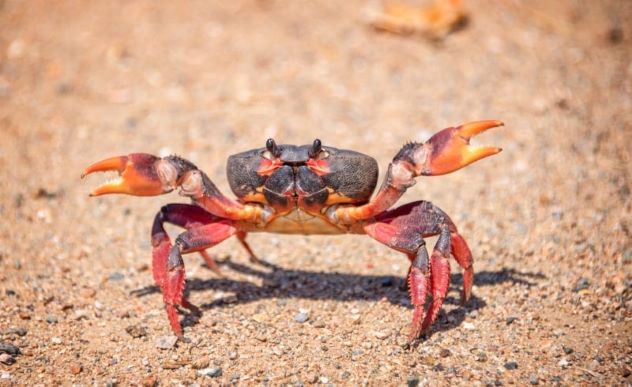 Since 1955, there have not been any sightings of this little, colorful crab. In 2021, Pierre Mvogo Ndongo, a lecturer and researcher at the University of Douala in Cameroon, traveled to Sierra Leone, West Africa, to search for the crab. The expedition lasted for three weeks. He discovered six of the Sierra Leone crabs (Afrithelphusa leonensis) with the assistance of the neighborhood residents who helped with the search.

It was believed that the coelacanth (Latimeria) perished 65 million years ago with the dinosaurs. However, the world was fascinated by this strange lobe-finned fish when it was discovered in 1938 in South Africa, which sparked a discussion about how it fits into the development of terrestrial animals.

Coelacanth and the closely related Indonesian coelacanth share several morphological traits unique to other species. The most noticeable aspect of the coelacanth is its pair of lobe fins, which protrude from its body-like legs and alternately move in a trotting horse-like rhythm. Other distinctive features include a hinged joint in the skull that enables the fish to open its mouth wide for large prey, an oil-filled tube called a notochord that serves as a backbone, thick scales found only on extinct fish, and an electro-sensory rostral organ in its snout that is probably used to detect prey.[4]

In 1859, British naturalist Alfred Russell Wallace discovered the largest bee in the world, a massive, black wasp-like insect that is the length of an adult thumb. It was considered to be extinct until, in 1981, Adam Messer, an entomologist, found specimens of Megachile pluto that are now held in museums.

Years after the last sighting, an international group of conservationists traveled to Indonesia in January 2019 and followed Wallace’s route in an effort to locate the bee again. After the difficult journey, the group was able to document the live specimen, reviving hope for the survival of the species.[5]

“The Greatest Galapagos Discovery In Over 100 Years!” | Extinct or Alive?

The Fernandina Giant Tortoise (Chelonoidis phantasticus) was last seen 112 years ago and was long believed to be extinct. The female giant tortoise was discovered in 2019 during an exploration led by Animal Planet host Forrest Galante, the Galápagos Conservancy, and the Galápagos National Park Directorate (GNPD).

A blood sample was sent to geneticists at Yale University. A team led by Dr. Gisella Caccone sought to understand the genetic origin of the female tortoise and determine how closely it matched the only other tortoise ever discovered on Fernandina Island. Her discoverers gave her the nickname “Fernanda.” DNA testing has since established that she is connected to the island-native Chelonoidis phantasticus tortoise species. These results confirm the long-held hopes of scientists at the Galápagos Conservancy and GNPD.[6]

The Aldabra rail (Dryolimnas cuvieri aldabranus is indigenous to the Aldabra Islands Atoll, which is a part of the Seychelles Islands in the Southwestern Indian Ocean. Known as a flightless bird, the Aldabra rail was completely wiped out when their island habitat was submerged in water. The rail was able to re-evolve when the sea level dropped. Fossils of the Aldabra rail have been found dating back to 136,000 years ago and compared to a specimen that is around 100,000 years old. The study showed that the fossils are similar to the bones of the rails existing today.

The re-emergence of the Aldabra rail is an example of a rare phenomenon of evolution iteration. Studies conducted by Dr. Julian Hume, an avian paleontologist from the Natural History Museum, and professor David Martill, a paleobiologist at the University of Portsmouth, concluded that the phenomenon was unique to the Aldabra rail and was not scientifically observed in other species of birds. With this evidence, the possibility of a future iteration might be possible.[7]

Also called sengis, the Somali elephant shrew (Elephantulus revoilii) was last scientifically recorded in the 1970s. The Somali sengi is an odd mash-up of creatures. While its body is the size and shape similar to a mouse, its legs are slender and gazelle-like, allowing it to sprint across rocks at rapid speed. It also has a trunk-like nose similar to that of the elephant, which they use to suck up ants. The aardvarks, elephants, and manatees are some of the Somali sengi’s closest living relatives.

While the locals never considered it to be extinct, the last known scientific record dates back to the 1970s. In 2019, an expedition to the Horn of Africa was attended by Steven Heritage, a research scientist at the Duke University Lemur Center, and his colleague Galen Rathbun, a vertebrae behavioral ecologist from the California Academy of Sciences, together with Djibouti ecologist Houssien Rayaleh and local scientist Djama Awaleh, led to the rediscovery of the once-lost species. The researchers set more than 1,000 traps consisting of a mixture of peanut butter, oatmeal, and yeast as bait in 12 locations. They were able to spot 12 sengis on their two-week expedition and obtain live scientific documentation.[8] 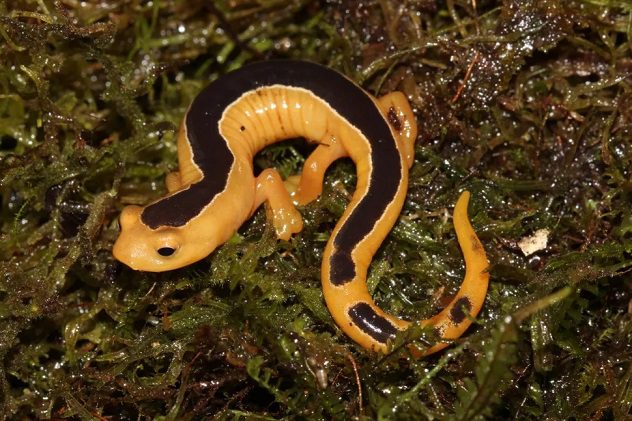 First discovered in 1975 by Jeremy Jackson, Jackson’s climbing salamander (Bolitoglossa jacksoni), also known as the golden wonder due to its bright yellow color, was thought to be extinct until Tomas Ramos Leon, a park guard at a newly created amphibian reserve in the Cuchumatanes Mountain range spotted the salamander. It was then confirmed by Carlos Vasquez, the curator of herpetology at the University of San Carlos in Guatemala, that the sighting was the Jackson’s climbing salamander based on the pictures. This came after a FUNDAECO (Foundation for Ecodevelopment and Conservation) education drive was conducted to help park rangers identify these elusive animals. 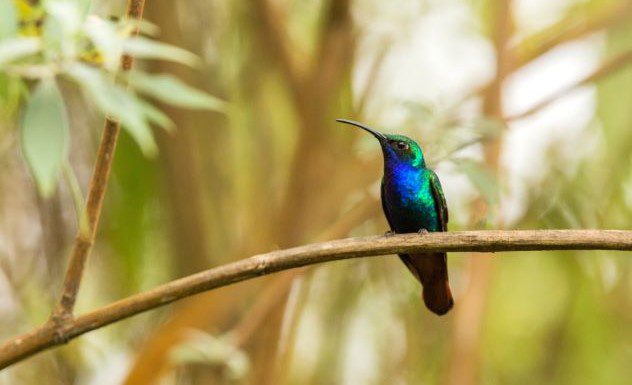