Construction can be a deadly trade. In fact, over 1,200 American contractors died on the job in 2020 alone. Unsafe conditions can cause tragic workplace accidents for all types of builders. However, not every fatality is accidental. Some are quite intentional. From shootings to stabbings and even serial killings, many of these deaths are more gruesome than anyone would expect. Here, we present you with the top 10 most macabre construction site murders.

It was springtime in 2021, and friendly construction flagger Lizbeth Mass was about to take her lunch break. Her boyfriend, Dwayne Walker, was there to visit, and friend Jose Reyes had stopped by with lunch. Naturally, Mass introduced the two. But Reyes became jealous and left. He returned with a gun and shot Mass six times. As Mass lay bleeding in the street, Reyes tried to flee the scene.

He didn’t get far. Walker was sitting in his car just a few feet away. Walker drove toward Reyes, striking him with the car, and then began to beat him. Bystanders surrounded the two men until an undercover IRS agent arrived and arrested Reyes. He was later charged with murder, manslaughter, and other offenses. Walker has not been charged with anything.[1]

Clifford Backmann decided to put in some overtime one Saturday in 2009. The 56-year-old father was working alone in a condominium in Jacksonville, Florida. Just as he began to finish up, a man approached and shot him in the back. The man took Backmann’s wallet and fled the scene. But Backmann didn’t die immediately. He had time to dial 9-11 and speak to the operator on the phone.

Unfortunately, Backmann was only able to give a cursory description of the robber. He lost consciousness during the call, and emergency services did not arrive in time to save his life. The case eventually went cold. No one was ever arrested in connection with the murder. This is a tragic case, but some good did come of it. Backmann’s son went on to found Project Cold Case. The project works to bring public attention to cold cases and has grown into a national success.[2]

Manhattan luxury condos sell for millions. However, few wealthy residents think about the construction workers who build them. Those living at Waterline Square in Manhattan are no exception to this rule, especially considering a deadly murder-suicide took place there during its construction back in 2017. So, what happened? Carpenter Samuel Perry had just gotten fired for insubordination. Instead of finding a new job, he decided to murder his boss.

Two days after being fired, Perry entered the job site early in the morning. He found his supervisor, Christopher Sayers, working on the 38th floor. Perry shot him in the head and walked away. He encountered several coworkers on his way out. The murderer made jokes and laughed as if nothing had happened. However, Perry shot himself in the head when he reached the 5th floor. The murder-suicide did nothing to stop progress on the Waterline Square, though. You can still buy a condo there if you happen to have a few extra million lying around.[3]

7 Road Worker Killed as Ex Takes Fight to the Streets

July 20, 2022, was a sad morning for Illinois road workers. The crew arrived on site and discovered one of their own had been killed in a worksite collision. But sadness at Edward Stallman’s death soon turned to confusion when the autopsy revealed a terrifying fact. Stallman didn’t die in the crash. He had been stabbed to death.

Soon, the investigation turned toward those closest to him. Investigators discovered Stallman had recently attended a custody hearing with his ex-wife Alexis. The hearing did not go well. Prosecutors quickly charged her with three counts of first-degree murder and domestic battery. The case is still ongoing, but Alexis has pleaded not guilty to the charges. A trial by jury will determine her guilt. If convicted, she will face over 60 years behind bars.[4]

Shaun Runyon, Kevin Lanusse, Dewlon Donell, and Gregory Dolezal were all part of a traveling electrician’s crew. When the team arrived in Florida in 2021, they were all looking forward to the sunny weather. But Runyon got into a fight with supervisor Lanusse. Runyon ended up punching him in the face and leaving the job site. Everyone thought he had gone home to Pennsylvania. But he returned with a baseball bat… and vengeance.

Runyon entered the workers’ rental apartment Saturday morning. He beat Lanusse and Donell to death with the bat as they slept. When coworker Dolezal awoke and attempted to run, Runyon stabbed him to death with a knife. The killer ran away, but the police soon caught up with him. He claimed the men had sexually assaulted him, but police did not believe the story. As of now, Runyon is in jail. He faces 11 charges, including three counts of murder in the first degree.[5] 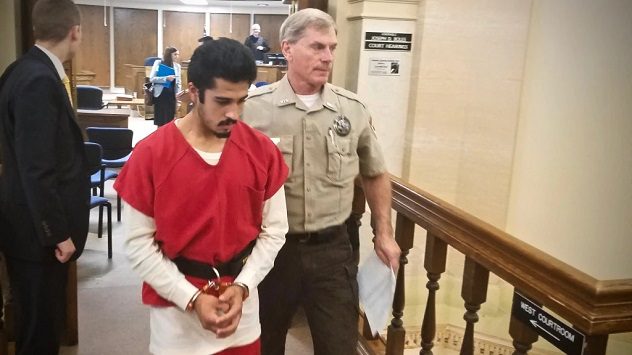 Many roofers die from falling. However, great heights were not the downfall of Israel Valles-Flores. Instead, it was coworker Miguel Navarro who did him in. The two Missouri men had taken a job in Wisconsin back in 2018. From all accounts, they were talking as usual. But when Flores began teasing Navarro, it went south. So far south that Navarro took a circular saw and slashed his colleague’s throat.

One witness claimed there was no visible argument between the two men. Flores handed Navarro the saw himself. But instead of cutting shingles, Navarro reached forward and began cutting Flores in the face and neck. Flores fell backward onto the garage roof, where he died of his injuries. Navarro later claimed he had been drugged, but no proof was found. In fact, no good motive was ever discovered for the gruesome crime. Navarro pled guilty to murder and was sentenced to 30 years in prison.[6] 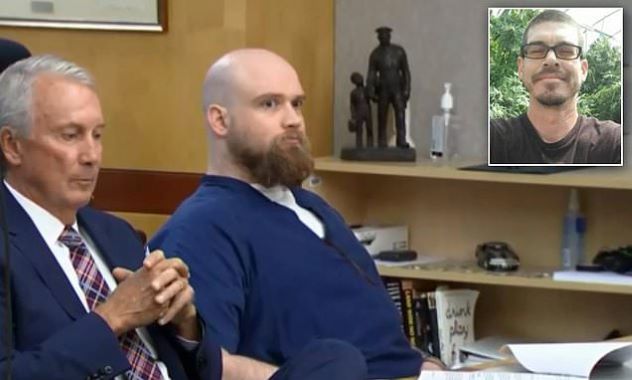 Plumber’s apprentice Jacob Bravo was enjoying his job in Oceanside, California. The construction site where he worked and lived was close to the beach. But it was after a nighttime trip to the seashore that things went terribly wrong. Bravo was discovered dead one morning in 2017, covered in blood. He had been fatally stabbed as he slept in his bed. The wild part? Murderer Mikhail Schmidt admitted to the crime that very same morning.

The two men had no prior relationship at all. Schmidt claimed he had seen Bravo walking home and followed him. He murdered Bravo simply because he had been craving the taste of blood. He went on to say he had been implanted with government nanobots. Apparently, the nanobots had made him do it. Police were skeptical about the conflicting stories. Expert witnesses for the prosecution testified that Schmidt was only pretending to be insane. He was sentenced to life in prison. Though he later appealed the conviction, he remains jailed to this day.[7] 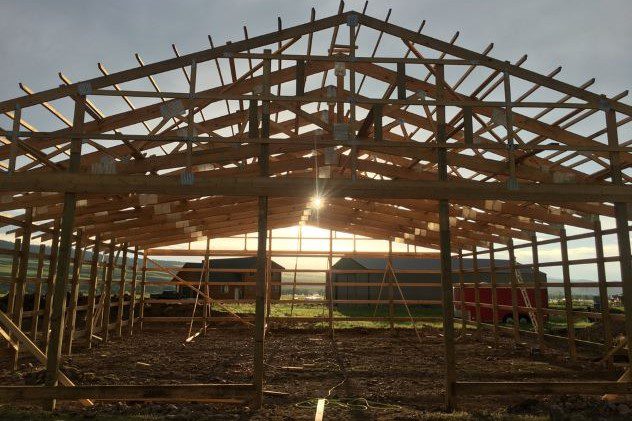 Wayne Shumaker, Corby Meyers, and Lynn Ganger were building a pole barn in a high-end Indiana neighborhood back in 2000. They were diligently working when they heard a commotion coming from the house. They had no idea that what they heard was a burglary in progress. When one man ventured closer to investigate, the robbers saw him. They decided to kill the potential witnesses.

Burglars Robert Washington and Phillip Stroud entered the pole barn. They tied up all three carpenters, robbed them, and shot each one in the back of the head. A coworker discovered them the following morning. The execution-style slayings shocked the ritzy neighborhood. The criminals were eventually found and convicted. It was discovered that an ex-girlfriend of the property owner was responsible for arranging the burglary. She was convicted but later released.[8] 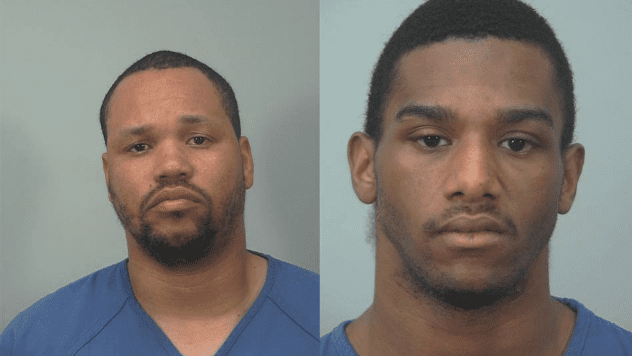 Installing tile is not known as a dangerous trade. But it turned deadly for Chris Kneubuehl back in 2017. The contractor was laying tile at a local fast-food restaurant after hours. He had a crew with him, but that did not stop robbers Xavier Fleming and Nicholas Ivy. The two broke into the restaurant and demanded that Kneubuehl use a tile saw to open the safe.

Unfortunately, the contractor had a heart condition. Kneubuehl began to have difficulty breathing as he was held at gunpoint. He managed to get the safe open but soon lost consciousness. Though his crew begged the robbers to call an ambulance, they declined. Kneubuehl died of a stress-induced heart attack. The two robbers were caught and pled guilty to his death.[9]

The Sad Case of the Mack Ray Edwards Murders

California highways hold a lot of secrets. But when pedophilic serial killer Mack Ray Edwards began a shocking confession, many of those mysteries were unearthed. Edwards was a heavy equipment operator. He worked building freeways from the 1940s up until 1970. During this time, it is thought that Edwards murdered six children. However, the exact number has not been confirmed.

Edwards buried his victims at the construction sites where he worked. He used his trade tools to ensure no one ever found their bodies. But when he decided to confess, police were hot on the trail. They excavated a series of old worksites and found three bodies. Edwards committed suicide in prison in 1971. Efforts are still ongoing to uncover the rest of his victims.[10]