There is a bottomless hole in the ground about 9 miles (14.5 kilometers) west of Ellensburg, Washington. At least, that is what a man who went by the name of Mel Waters claimed to exist on his property when he called into a popular paranormal radio show in 1997. People are still talking about the mysterious pit, which has come to be known simply as “Mel’s Hole.”

This seemingly endless hole had already been baffling locals for decades. When Waters brought it to the public, it caught the interest of curious minds everywhere and quickly became an urban legend. While some listeners doubted his often outlandish claims, others were captivated and wanted more. Decide what you believe about the legend after reading 10 claims Waters made about Mel’s never-ending hole.

On February 21, 1997, a man who called himself Mel Waters phoned a well-known late-night radio show that featured paranormal stories called “Coast to Coast AM with Art Bell.” At the time, Coast to Coast AM was the most popular place to discuss all things paranormal, weird, and unexplained. It was the perfect audience for Waters to tell his story. He captivated Bell and the listeners with his tales of a seemingly bottomless hole on his property that possessed mystical qualities. Local legend said it was cursed.

The first settlers dubbed it “The Devil’s Hole.” Waters refused to give the exact location, just saying that he lived in Kittitas County, Washington, in a region adjacent to the Manastash Ridge. In two follow-up calls, in April 2000 and January 2002, his stories grew even more extreme. There was no way to know at the time that Mel’s Hole would continue to capture public attention for years to come.[1]

The daring journey inside the world’s deepest cave – BBC REEL

Waters, his neighbors, and the previous owners regularly used the mysterious hole as a natural trash pit. They dumped household waste, furniture, and building debris into it for years but somehow, it never filled up. Eventually, Waters grew curious as to the hole’s depth. On his first call to the radio show, he described an attempt to test the depth of the hole using a large amount of fishing line—About 80,000 feet (24,384 meters) of it, to be exact.

Waters claimed the line still did not reach the bottom. As a reference, the deepest cave in the world is 7,257 feet (2,212 meters). According to the United States Geological Survey outlines, the amount of fishing line that Waters used would reach “about a quarter of the way through the Earth’s crust at its thickest.”[2]

8 The Hole Brought a Dog Back to Life 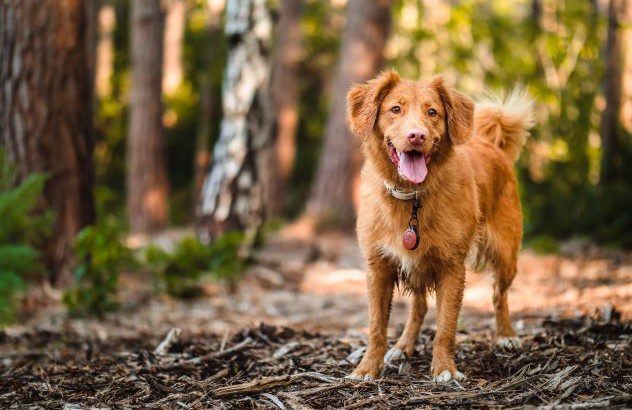 But the fishing line was only the beginning. In a claim reminiscent of Stephen King’s 1983 horror novel (and 1989 movie by the same name), Pet Sematary, Waters described an instance where his neighbor dropped the body of their deceased pet dog into the hole. The owner got the shock of their life when they saw their pooch alive and well in the nearby woods only a little while later.

They recognized the dog because he wore the same collar. But the dog showed no signs of recognizing his owner and did not respond to his calls. While it may be a more desirable result than the grieving pet owner saw in King’s tale, Waters’s claim was more than enough to terrify and enthrall listeners.[3]

In another claim, Waters revealed that Mel’s Hole had strange effects on some everyday objects. Art Bell and his listeners hung on to every word as Waters mentioned the odd things that metal items and portable radios would start to do whenever they were near the opening of the 9-foot-diameter (2.7-meter) hole.

He claimed that metals would mysteriously change into other metals or substances whenever he held them near the entrance. Waters also recounted an instance where he brought his radio to the pit and set it to his favorite radio station. But instead of music, the radio put out strange, unknown voices and programs and music from the past.[4] 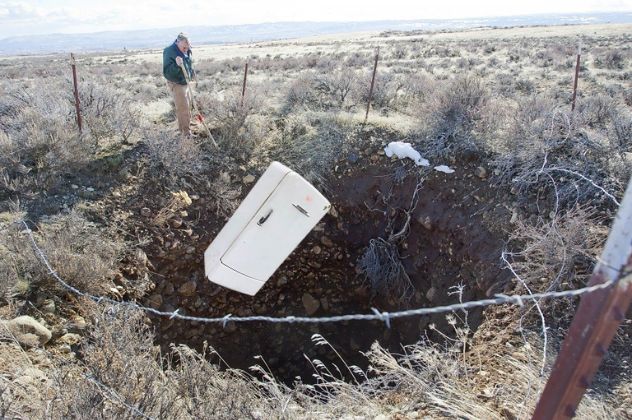 Waters described many of his experiments at the pit, and each one seemed to produce a more unsettling result than the last. In one of his final calls, Waters described lowering a bucket of ice down to 1,500 feet (457 meters), and when he lifted it out, he noticed that the ice was warm but did not melt. He said it had changed into a flammable substance.

The warm ice was not the only time that his experiments defied the laws of science. When he yelled down into the hole, he claimed there was no echo. There was also no sound after large trash items, such as refrigerators or television CRT tubes, were thrown into the pit to confirm that they had hit bottom.[5]

5 He Lowered a Sheep Down the Hole

One of Waters’s most disturbing claims involved lowering a live sheep into the hole to around 1,500 feet, as he did in the ice bucket experiment. The sheep shrieked and kicked on the way down, then suddenly went silent. When Waters lifted it out, he found that the animal had been cooked. The sheep had also developed a strange lump, which, to his horror, started to move. He cut it open and found a “fetal seal” that he said gazed at him with “intelligent, human-like eyes.” Waters went on to add that the creature miraculously cured his cancer [LINK 2]. It jumped back into the hole but was seen later by local sheep herders who claimed it radiated a “benevolent presence.”

This chilling story may explain why Waters’s dogs refused to come within 100 feet (30.5 meters) of the hole and why birds never sat on its stone retaining wall or metal cover.[6]

4 A Strange Light Radiated from the Hole

The many strange occurrences that Waters recounted on Coast to Coast AM were not limited to items he lowered into the hole. Sometimes, mysterious things would come out of it too. Waters described a disturbing report from one of his neighbors who had seen a “blacker than black” beam of light coming from the cursed pit. He explained it as the light of a flashlight that threw out a beam of solid black instead of the standard white-ish hue. Black is easily one of the most ominous colors that could come from a mysterious pit, as it is often associated with evil, death, and emptiness.[7]

3 The Federal Government Seized the Land

Another Dimension? Time Portal? Another Planet? What’s at the Bottom of Mel’s Hole?

The talk of Mel’s hole eventually got big enough that the federal government caught wind of it. As Waters recounted in a later call, he was heading toward the hole one day when a man in a suit approached him and said that the area had been closed off due to a plane crash. The man told Waters that he was no longer allowed near the pit. Waters described seeing men in bio-hazard suits standing behind him.

Soon after, the government leased the land and gave him a generous amount of money to vacate the property. Waters accepted the money and moved to Australia. The addition of a government conspiracy significantly increased interest in the urban legend.[8] 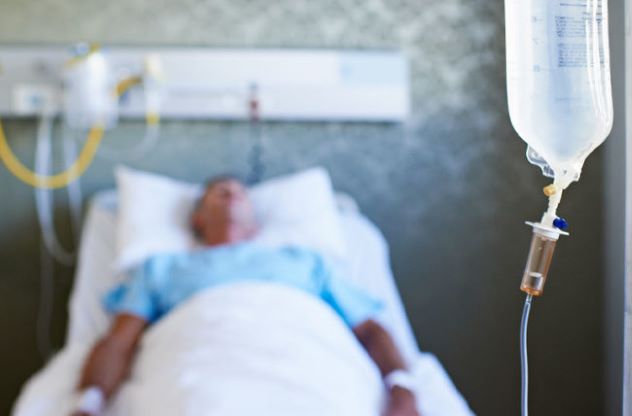 In one of his final calls, Waters claimed he had come back to Washington two years after moving to Australia, despite a warning from the government not to return. He said police officers removed him from a bus and left him on the streets of San Francisco two weeks later. He had IV marks on his arm, several missing teeth, and no memory of what transpired. Waters managed to continue to his hometown but felt that menacing strangers were stalking him. He was told his land had been taken over by the government and found the region had been erased on an early mapping system called TerraServer.

But that was not the end of Waters’s story. He said that he found a nearly identical hole in the badlands of Nevada. This one had a metal ring that extended down into the ground instead of a brick lining, but his experiments at the site produced similar results.[9]

Talk about Mel’s bottomless holes has remained surprisingly steady since his calls to the radio show all those years ago. The urban legend has been the subject of many chat groups, like Above Top Secret, in 2005. In 2007, more people got to talking about the legend in the Sheffield Forum. In 2008, a tribal medicine man known as Gerald R. Osborne, or “Red Elk,” kept the legend alive when he claimed to see UFOs flying over the pit. He even suggested it was an underground UFO base.

A Facebook poll from the Daily Record asked people whether they believed Mel’s Hole was real or not in 2012. Some people from Reddit shared coordinates of possible locations and tried to get a group together to find it in 2018. As recently as 2022, it was featured in a podcast called Astounding Legends in May and an article on Grunge in November. Like Mel’s Hole, this urban legend may have no end.[10]

10 Perplexing Mysteries That Were Only Recently Solved