Whether in a late-night food truck or a Michelin-starred concentration camp, being a chef is abysmally difficult. We think we know what it’s like due to the facade presented on television. But unless you’ve worked a shift in a kitchen, you don’t know anything.

This notorious industry is brutal, and the workflow is unique. It’s the kind of job where you get in trouble for not bringing a razor-sharp knife to work. Most people are unaware of the guttural underbelly to this business—an underbelly covered in grease and pig’s blood. This is a behind-the-scenes look at what it’s really like.

10 The Hours Are Insane 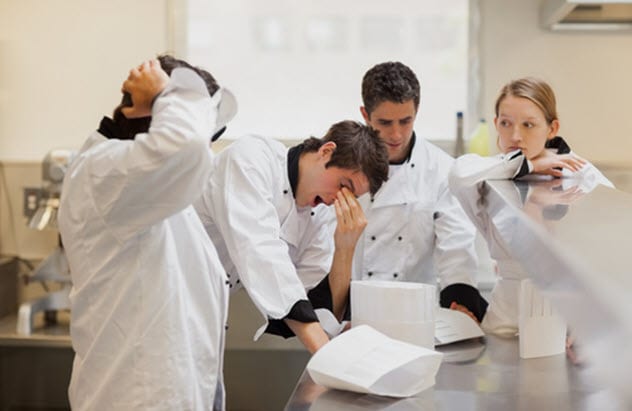 After working over a decade in the New York City restaurant circuit, I know that it’s standard to do 12- to 14-hour days, six to seven days a week. Unless it’s a massive corporate operation, most smaller establishments need constant supervision from the minute the food is delivered at dawn to the real closing time when the lights are turned off and the place is locked up.

Due to these long shifts, it is extremely disrespectful to go to a restaurant 10 minutes before closing. A lot of establishments throughout the world are money pits. This truly is a labor of love that affects family, friends, and personal health.[1] 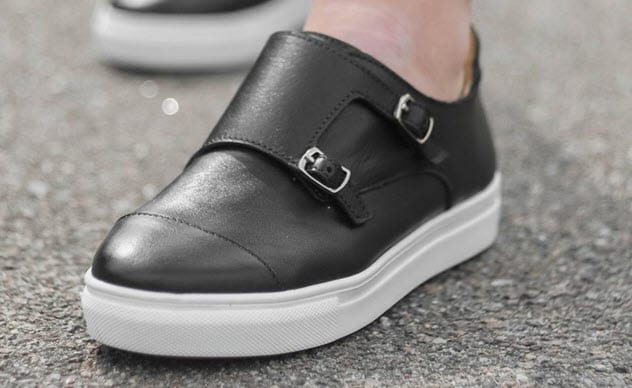 When you’re a chef, you are on your feet all day. Plain and simple. With the obscene hours, lack of sleep, strange floor surfaces (wet, covered in trash), constant bending up and down, and laborious amounts of heavy lifting, it hurts.

Nonslip footwear is absolutely everything in a kitchen, and in some states, it is mandated by law. If your work shoes can’t get you through a week without blisters and corns, move on to another brand.[2]

And don’t forget the stink. All the oil in the stuffy air during the dinner rush gets into your pores. The sweat seeps into your layers of chef attire (which I always found to be stuffy). When it’s all mixed with the odor of more than 12 hours on your feet, you smell like a rancid locker room.

Mere mortals have never experienced “true” heat unless they’ve worked a 10-hour shift over a grill in a kitchen with bad ventilation in the summer. Look at your meat thermometer, and don’t be surprised if it’s at 71 degrees Celsius (160 °F). 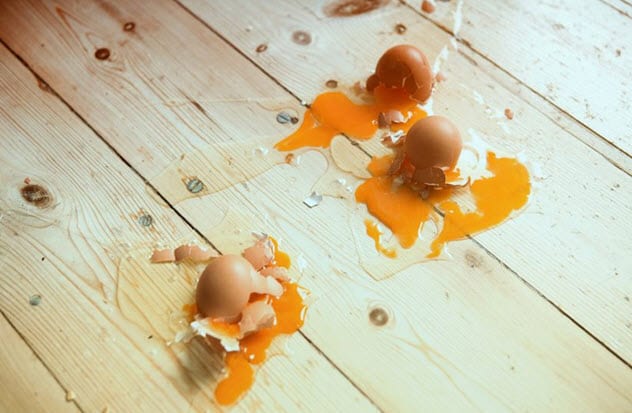 The kitchen is a dangerous place! Just look at the arm of a grill, saute, or broiler cook. More than six months on the line and you will look like mommy needed to hide the razor blades when you were a teen. Crisscross scars from being in a hurry and touching your flesh to the edges of a molten broiler, oven, or pan are standard and welcome badges of honor.

Hot vats of oil or boiling water are constantly transported along slippery floors. Most kitchens have a set of deadly stairs with loose grip tape. Plus your main work tool is a razor-sharp chef’s knife that is there to cut flesh.[3]

If you turn around into someone who’s not paying attention, you may get fatally stabbed. Not to mention the “mandolin” culinary tool, which is like a mini vegetable guillotine that loves to slice off fingertips whole.

7 Every Shift Is A Tightrope Act 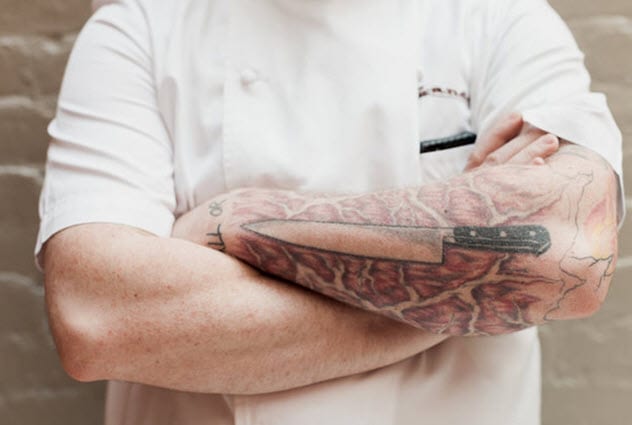 Throughout the machine that is a restaurant, every moving part needs to work. Most fine dining establishments in major US cities have an early dinner rush around 6:30 PM (depending on the day) and then a boozy 9:00 PM second rush. That means the restaurant fills up in a matter of minutes twice on most nights.

All orders are taken via server and placed into the point-of-service computer. Then they become order tickets in the kitchen that the chef reads aloud to the line or handles himself. So many tickets surging in at once causes a bottleneck, and that’s why it’s best to make reservations before or after these main hours.[4]

In some cases, you may even get better-quality food because food is about love. If the line is overworked, there will be repercussions. 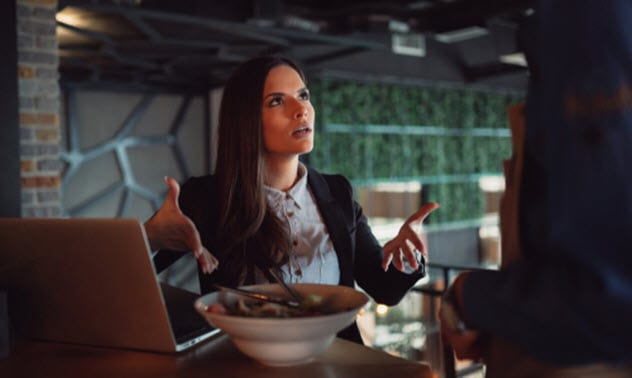 If you’re a picky eater, own it. A lot of picky eaters seem to think it’s fine to throw a hissy fit at a steak house for not having more vegan options. Fussy eaters tend to be needier than most people. From a chef’s perspective, it is often sad to see how entitled and out-of-touch some are.[5]

Guests who like to send their server to the kitchen for every question are slowing down the entire restaurant. These are public displays of mental instability. If you only eat organic poultry from Oregon, you should have the sense to call ahead—or please avoid us altogether.

Don’t be so obnoxious that you think you make the menu. You don’t. Someone is back in the kitchen sweating and bleeding for their menu. 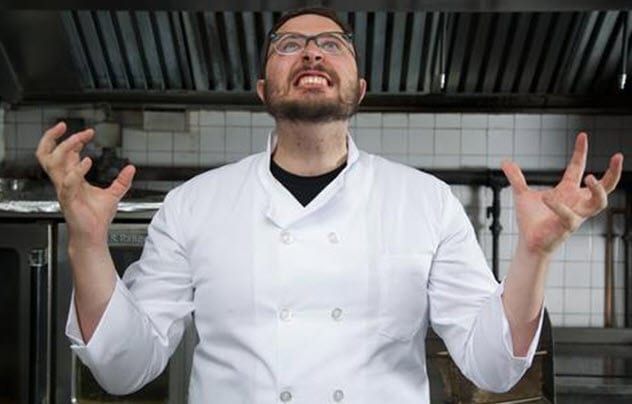 The easiest way to sum up a fine dining chef’s schedule in a major city? Noon to midnight, six days a week. And that’s being nice.

When you work the exact opposite of the rest of society, it has consequences. Romantic and platonic relationships will always be strained by the restaurant industry, even if it’s two chefs dating. You almost never have a day off. Some chefs become phantoms to their kids.[6]

Between the long hours and the nocturnal disorder of your social life, substance abuse can sometimes creep in. It’s always tough adjusting in the beginning. But if you don’t find work-life balance, this industry will grind you down to bone dust. Working in the biz can sometimes feel like being in a cult. 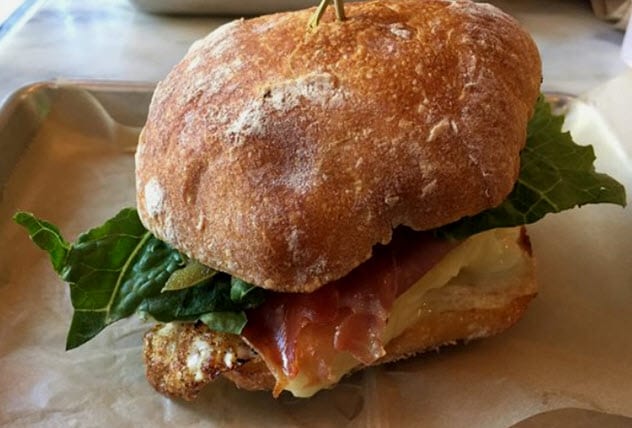 Most chefs do not get enough sleep. It takes time to calm down from the mania and energy of a kitchen. Even chefs who go straight home do not go to bed immediately.

If you are lucky enough to get out at 11:30 PM one night, go straight home, plan the specials for the next shift, and crack open a beer or have a tea, it still takes time (and melatonin) to slow down the engine that is your mind. With very little sleep, most chefs do not eat heavy breakfasts, at least the ones I know.

In New York City, most chefs are scarfing down smoothies or BECs (bacon, egg, and cheese on a kaiser roll—an NYC essential) on a filthy subway. With maybe 4–5 hours of sleep, there isn’t enough time for a big breakfast. The chef needs to be in the kitchen, period.

Then comes “family meal,” which is the meal for the entire restaurant staff. When every single person will be on his feet for hours on end, this is the calorie boost before the doors open. It can be excellent or deplorable, depending on the restaurant.

Then there is the mid-shift snacking: making a few extra fries or cheeseburger spring rolls to pass around the kitchen, stealing a piece of bacon, or eating a roll of bread meant for the tables. Every snack counts as fuel.

For those chefs still going out after the shift and hanging with friends, nothing can compete with greasy 1:00 AM fast food, gas station hot dogs, or $1 pizza. Most cooks and chefs eat terribly during their workweek if they don’t have work-life balance.[7] 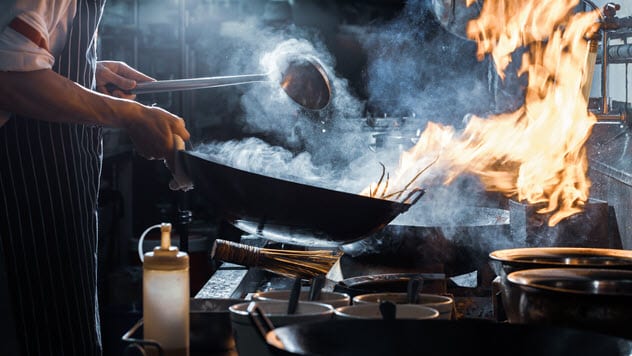 Probably the most difficult part of being a chef is keeping your kitchen staffed. Restaurant work is extremely hard. That’s why most kitchens in major cities—even the big corporate ones—are staffed heavily by immigrants. They are happy to be there and do not consider this work beneath them, which makes them ideal candidates.

This is filthy, oily, nasty, sweaty, dangerous, and underappreciated work. Americans and other First World individuals have trouble dealing with the harsh work culture, which makes them risky hires. Unless he has a passion for the industry, some kid off the street who seems nice will bite the hand that feeds him the second that he sees what he is getting into on a daily basis.[8]

In larger kitchens, they have nonstop open calls for prep cooks and dishwashers because the work simply sucks. Most people with dreams of running their own kitchens don’t want to spend three months peeling potatoes just so they can work with a celebrity chef. You do need to pay your dues, and they are very difficult.

2 It’s Not Entirely About The Food 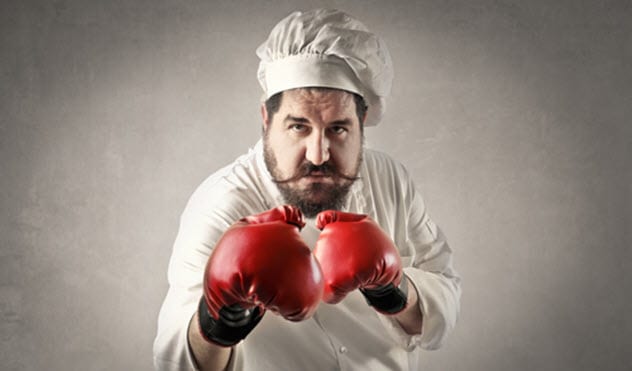 Working as a chef does not mean that you get to cook whatever you want. Building a menu is more about logistics, ordering, pars, and seasonal availability. The majority of kitchens have most ingredients precooked. When working on a line during a dinner rush, you are mainly heating precooked ingredients prepared by the prep cooks earlier that morning.

Most corporate restaurants create their menus in test kitchens in massive office buildings. Unless you own your own place, you probably are just following someone else’s recipes—possibly for your entire career.

The idea of creative freedom is irrational. This is a structured workplace just like any other. If you work your way up to sous chef (an executive chef’s second-in-command), you learn to build a menu by first creating a daily special—and that’s a big maybe in some kitchens.

Commercials disillusion us the most. Those idiotic montages of happy, unstressed people shopping at a farmer’s market at their own pace and then laughing and throwing food at each other over a stovetop as music plays in the background—it’s all fake. Hiring, firing, logistics, supplies, politics, and sleep deprivation are the major requirements for running a kitchen.[9]

1 Is There Life After Being A Chef? 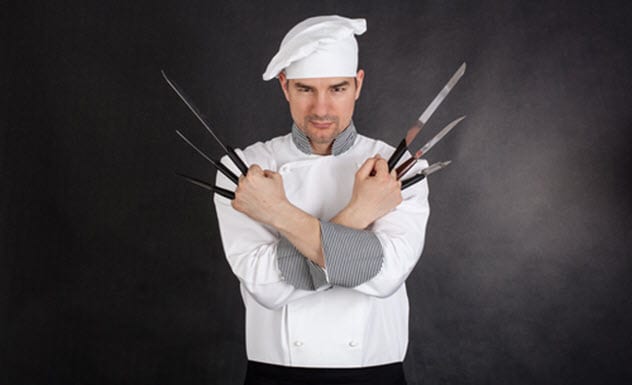 To survive in this industry, you must want to be a chef more than anything in the world. Often, people get sucked into it in their teens or twenties. Then they start feeling the years on the line and want to get out. But they can’t because they have kids or golden handcuffs. It’s also hard to lie on a resume when you’ve had seven years of kitchen experience only but want to work in sales.

Occasionally, this industry can be a trap. You wake up 10 years later and wonder what happened to your youth. It’s best to never force it. I know a two-star Michelin chef who works six days a week, 5:00 AM until 11:00 PM every shift. Always smiling, never down, always energetic, this particular chef defines everything that a chef should be.[10] He will cook until the day he dies.

That is the kind of spirit you need to survive in the industry. Underpaid and overworked, you can only persevere by running on pure passion.

About The Author: R. Vega is a former chef and bartender with 10 years of New York City restaurant experience.