Stone has been mankind’s partner since the beginning of time. Different stones were turned into the first tools, used as weapons, and carved to create the first idols of veneration. There is an otherworldly quality to stone—a seeming immortality in its unchanging appearance. While the rest of the world grows and decays, a stone stays the same. No wonder stones and rocks have been imbued by many peoples with aspects of the divine.

Here are ten stones and rocks that have played a major role in religions.

Delphi was a hugely important site for the Greeks. It was there that the god Apollo would speak to humans through his prophetess, the Pythia. On the exact spot where the Omphalos was, Apollo is said to have slain the monstrous Python so that he could set up his oracle there. People from across the Greek world and beyond would send questions to the oracle and receive answers, even if they were maddeningly cryptic at times. The site of the Omphalos was marked with a stone.

The marble Omphalos was described in the second century by Pausanias. It seems that it was highly decorated and covered with a fancy woolen cloth. Zeus’s two eagles were displayed on the cloth. A stone that might be the Omphalos can be found in the museum at Delphi, and a replacement remains at its site at the center of the world.[1]

Adam’s Peak in Sri Lanka is a mountain that stands proudly out from the forests that surround it. For thousands of years, people have worshipped at the summit. They still do today—though many who go there do so in the man of differing prophets, gods, and religious figures. The top of the mountain is marked by a footprint that is nearly 6.6 feet (2 meters) long.

To Hindu pilgrims to the peak, the footprint represents the spot where Shiva placed his foot while performing his dance that shaped the cosmos. For Muslim visitors, the footprint was the first place that Adam stepped when he was expelled from the Garden of Eden. Christians thought it might be the footprint of St. Thomas, who is supposed to have been the first to spread Christianity into the East.

Buddhists, however, say that the large footprint in the rock actually conceals the real footprint that is underneath. This footprint was left by Buddha and is on a block of emerald. Adam’s Peak does lie at the heart of Sri Lanka’s gemstone-rich lands, where emeralds, rubies, and sapphires have long been found.[2]

What’s up with Joseph Smith and his “seer stones?”

The story of how Joseph Smith translated the Book of Mormon, the foundational text of the Church of Latter Day Saints, is well known. It has even been parodied on South Park. Smith translated the text from golden plates that he was directed to find under the guidance of the angel Moroni. These golden plates were kept concealed in a box, and few others were allowed to see them. To read the plates, he stared into the bottom of his hat where he had placed a seer stone.

In 2015, the Mormon church published a volume of Smith’s papers and, with it, a photo of the Seer stone that he is said to have used in the translation. It is not a particularly attractive stone, more of a brown pebble. Geologically, it is interesting, though, as it appears to have been formed quite early in Earth’s evolution. Its rounded shape might suggest it was used by an animal as a gizzard stone—one that’s swallowed to help break up food for digestion.[3]

Big rocks have always been impressive. Globekli Tepe is one of the earliest built sites in the world, dating from around 9000 BC, and contains large upright stones that are richly decorated. Megaliths, a word formed from the Greek words for “large stone,” are found all around the world and have been a focus for worship for thousands of years.

The first use of the word megalith was in 1849 when a scholar wrote about Stonehenge. While many megaliths are part of larger structures like at Stonehenge, they are often found in circles of standing stones or even on their own. The similarity of stone circles in Europe has long puzzled researchers.

In 2019, a study used radiocarbon dating of material underneath standing stones to help date the time of their erection. By comparing the dates across hundreds of sites, it looks as if megalithic structures originated in northern France around the 5th millennium BC. Later folkloric traditions attributed the stones to everything from the work of giants to maids turned to stone for the crime of dancing on the Sabbath.[4] 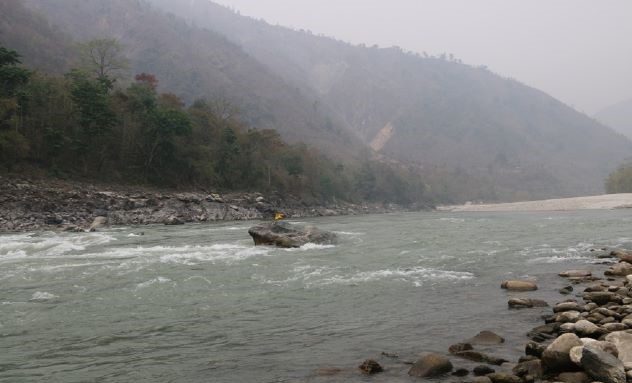 In 2021, a finance minister in Nepal announced what might have seemed an uncontroversial idea. The Saptakoshi river was to be used by boats to transport goods. To make this easier, several rocks or obstacles would be removed. Unfortunately, one of these rocks is deeply important to several local communities.

Khuwalung is a rock that protrudes out of the water at a confluence of three rivers and has long been held sacred by people in the area. The Kirati people of the Himalayas say the name of Khuwalung at the beginning and end of every prayer. The rock marks a spot on their ancestors’ journey into the mountains. It was said that it was so holy that no one who committed a sin could travel beyond that point. Only those who offered a blood sacrifice were allowed to pass.

A campaign has been launched to save the rock from being destroyed in the name of economic development.[5]

The Theft of the Coronation Stone | Tales From the Bottle

Britain is often said to be home to many archaic traditions. The importance of the Stone of Scone is not just one that existed in the past, however—people still argue over its significance. And it is about to have a starring role in the coronation of King Charles III.

The Stone of Scone was used in Scotland between the 9th and 13th centuries as the seat on which kings were invested with royal powers. It was held at the nearby abbey and moved to Moot Hill, where the coronation took place. Legend has it that the stone was used as a pillow when the prophet Jacob slept and dreamed of a ladder to heaven. Science has since shown that the stone is actually red sandstone of a type common near Scone.

The stone left Scotland as part of the plunder taken by the English king, Edward I. It was then used in the coronation chair that all English monarchs have been crowned on since. The stone survived a bombing by Suffragettes in 1914, apparently unharmed. However, in 1950, four Scottish students stole the stone when it was discovered that the bomb had broken it in two. The Stone of Scone was eventually returned, but rumors have persisted that the stone now on display is not the original but a copy that was made during its theft.[6]

This patch of stone has been given many stories. Temple Mount was thought to be the spot where God gathered the dust from which he formed Adam. The Foundation Stone was also considered to be the spot where God began his creation of the world. It was also where Abraham was going to sacrifice his son Isaac. When the ark of the covenant was placed in the Jewish temple, it may have rested on this stone.

A hole in the rock leads down into a chamber that is known as the Well of Souls. Some Muslims believe that the wails of the dead can be heard here while they await judgment.[7]

Elagabalus – The Most Bizarre Roman Emperor?

Mental stability was not an absolute requirement for those who sought to be a Roman emperor. Among the more eccentric rulers of Rome was Marcus Aurelius Antoninus—better known to history as Elagabalus. Despite only living until the age of 18, he had four wives, including one who was a sacred Vestal Virgin. He was also famous for marrying men. That the Romans could just about tolerate. When he tried to replace the head of the Roman pantheon with a foreign god, however, his days were marked.

Elagabalus got his nickname because he championed the worship of a solar deity from Syria, also called Elagabalus. The emperor escorted the new god into the city with a grand parade and musical events. What form did the god take? A black and conical rock that is said to have fallen from heaven.

Given the shape and description of the stone, whose whereabouts are no longer known, many scholars think that the statue of the god was actually a meteorite. After Elagabalus—the man, not the god—was assassinated, the cult of the deity and the stone representing him returned to Syria.[8]

Detailed images of the Maqam Ibrahim, or the Station of Abraham, located in Mecca’s Grand Mosque

In the Great Mosque of Mecca, there is a gilded metal structure containing a block of stone around 8 inches (20 centimeters) tall. On top of it are two footprints that can be seen through the glass. This is Maqām Ibrāhīm—the place where Ibrahim stood.

The Maqām Ibrāhīm is closely related to the story of how the more famous structure nearby, the Kaaba, was built. The Kaaba is the most sacred site in Islam and marks the direction toward which all Muslims pray. According to Islam, the Kaaba was built by the prophet Ibrahim and his son Ishmail. To place the higher stones on the Kaaba, Ibrahim had to stand on a rock. By the will of God, the stone was softened, and he left imprints of his feet on it.

The Maqām Ibrāhīm is mentioned in the Koran, and tradition has it that Ibrahim would call people to prayer while standing on the rock.[9]

What is the Black Stone of Mecca?

The Maqām Ibrāhīm is not the only interesting and holy stone at the Grand Mosque in Mecca. Set into the wall of the Kaaba is the Black Stone. When Muslims visit the Mosque, they walk seven times around the Kaaba while reciting prayers. On each pass, they kiss, touch, or wave at the black stone. According to tradition, the stone was once white but became black due to taking on the sins of those who touched it. Some say it fell from the heavens to show Adam and Eve where to build an altar, others that it was given to Ibrahim by an angel as he built the Kaaba.

Today, the Black Stone is set in a silver surround and has been worn smooth by the millions of pilgrims who visit the site. The origins of the stone have been hotly debated. Is it another meteorite that has become an object of religious focus? Many geologists doubt this popular theory.

While the stone has not been available for scientific study, in 2021, huge images of the stone were released, which allow it to be examined in unprecedented detail. The pictures reveal the stone to actually be multicolored but mostly reddish.[10]