This is the list of the 8 levels of scientology that one can attain after becoming free of unwanted influences of life (a clear). There are only eight published levels though there are a further seven levels that may or may not exist. These levels (called Operating Thetan Levels) are a closely guarded secret of the Scientologists but they have appeared on the internet for a number of years. So, if you have the money (and the inclination) this is what Scientology has to offer you. 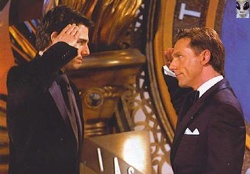 OT I comes after completing OT eligibility and OT preps (qv), this consists of walking about and counting people until one has a “win”, and similar god-like procedures. EP (End Phenomena) is to extrovert a being, and bring about an awareness of himself in relation to others and the physical universe. Also called OT (Operating Thetan) orientation. OT I has had various incarnations over the years

“This Solo-audited level is the first step a Clear takes toward full OT abilities, and that first step is a fresh causative OT viewpoint of the MEST universe and other beings.”

Read all about Scientology with the bestselling Going Clear: Scientology, Hollywood, and the Prison of Belief at Amazon.com! 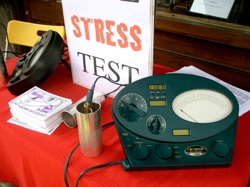 OT II consists of hundreds of boring “implants” written in Hubbard’s hand like “to be or not to be”, followed by “spotting the light” that accompanied the “implants.” EP (End Phenomena; the final result of processing “therapy”) is rehabilitation of intention and ability to project intention. With an EP like that, it can’t fail! “A series of processes directed at whole track implant materials (GPMs) dealing with dichotomies and binary thinking. Available at Advanced Organizations and higher.” – Jonathon Barbera.

“By confronting hidden areas of one’s existence on the whole track, vast amounts of energy and attention are released. Those on this Solo-audited level experience a resurgence of self-determinism and native ability. OT II unlocks the aberrative factors on the whole track that have allowed the thetan to lose his innate freedom and ability and one achieves the ability to confront the whole track.”

6OT III: The Wall of Fire

OT III, also called “The Wall of Fire”. Deals with Incident 2, Xenu, the evil galactic overlord, and the H bombs on Hawaii 76 million years ago. Hubbard said that anyone who was exposed to this level casually would “freewheel” through it, become a chronic insomniac, then get sick and die. “Locating and auditing of body thetans on Incident I (first incident in MEST universe) and Incident II (incident which caused the degradation of these beings into body thetans and clusters as caused by Xenu approximately seventy-five million years ago). Emphasis on this level is ridding the pre-OT of body thetans which are conscious enough to respond to the auditing. Available at Advanced Organizations and higher. Partially replaced by New OT V.” – Jonathon Barbera

“This Solo-audited level goes through what is called the “Wall of Fire” that surrounds a previously impenetrable whole track mystery. What prevents a being from being himself? This level answers that question. Once complete, a being is free of the whole track overwhelm that has trapped him. Here he confronts and eradicates the fourth dynamic engram that has plagued this universe for millennia.”

The Clear learns about the catastrophic event that placed body thetans on Earth and deprived them of their operating abilities. The Clear is trained to audit the thetans inhabiting his or her own body regarding this incident.

OT IV; the Operating Thetan drug rundown. New OT IV gets rid of the effects of taking drugs in past lifetimes for a few thousand dollars. You should really see this land in FLA; it is near Clearwater… “Mocking-up and unmocking implants from Clearing Course in order to prevent future implanting plus the handling and rehabilitation of past auditing. Product was supposed to be an OT Exterior. Replaced by New OT IV: handles the effects of drugs, medicine, and alcohol by addressing BTs stuck to/in drugs, medicine, and alcohol incidents. Audited by Class VIII auditors at Advanced Organizations and higher.” – Jonathon Barbera.

“This level handles the hidden problems and stops in a being’s universe caused by the effects of drugs and poisons on the whole track. This is the final polish that rids one of any last vestige of the effects of drugs on the spirit. Ministered at Advanced Organizations or Flag. Approximately 12 1/2 to 25 hours.”

The Clear audits his or her body thetans for drug-related problems.

Read the gut-wrenching true story of Jenna Miscavige Hill’s life in Scientology in Beyond Belief: My Secret Life Inside Scientology and My Harrowing Escape at Amazon.com!

OT V; getting rid of the Body Thetans! EP (End Phenomena) is cause over life. Should be cause over your debt; you’ll need it. New OT 5 starts what is call New Era Dianetics for Operating Thetans, NED for OTs or NOTS, reputed to be for removing BTs (Body Thetans; evil spirit infestations) that didn’t respond on OT3. Physical universe familiarization, for only a few ‘thou, was a part of old OT V. “A series of drills directed at the Pre-OT’s handling of, and relationship to, MEST. Drills were to be done exterior. Replaced by New OT V: A series of steps directed at clearing the Pre-OTs body of body thetans with some attention on body thetans which are causing particular conditions (including health conditions, rock slams caused by the evil intentions of body thetans, PTSness caused by suppressive body thetans, etc.) Audited by Class IX auditors at Advanced Organizations and higher. 55 HCOBs.” – Jonathon Barbera.

“The Second Wall of Fire consists of 26 separate rundowns and has been described as dealing with “living lightning, the very stuff of life itself.” This level addresses the last aspects of one’s case that can prevent him from achieving total freedom on all dynamics. An audited level ministered at Advanced Organizations or Flag. Approximately 50 hours.”

The Clear learns that thetans inhabit everything in the MEST universe. Through auditing, the Clear contacts and identifies as many thetans as possible for further action. 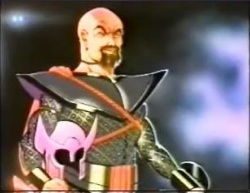 OT 6 teaches the Pre-OT, to do NOTs, New Era Dianetics for Operating Thetans, solo. OT VI is very expensive; it is easy to run up a $40,000 bill to get ready for the next step, OT VII. OT ability drills for a few ‘thou more constituted old OT VI. “Drills dealing with exteriorization, emotions, and sensations. The drills were supposed to be done exterior. Replaced by New OT VI: A course which trains the Pre-OT on how to solo audit Solo NOTs. Available at FSO (Flag). 14 HCOBs.” – Jonathon Barbera.

“The training one receives before starting to solo audit on New OT VII is so powerful that it actually constitutes an entire OT level. On Solo NOTs one is dealing with complexities intended to crush one’s true power and abilities as a thetan. Solo NOTs auditors acquire a wide range of auditing skills to handle the vast phenomena that can occur on OT VIII. Approximately 3-4 weeks with the new Solo Auditor Course done.”

On OT VII one does NOTS, New Era Dianetics for Operating Thetans, solo. New OT VII is cheaper than New OT V, as only the six month C/S’ing and the final certainly check are paid for and the main work is left to the mark himself. Old OT VII was projection of intention and polish up for a few more ‘thou…and you thought shouting was all you needed to project your intention. “A series of processes, drills, and training steps directed at intention. Replaced by New OT VII: the purpose of this level is the further ridding of body thetans. Done at FSO (Flag) and at home for two to three years. Product is an OT.” – Jonathon Barbera.

“On New OT VII one solo audits at home daily. This is a lengthy level, requiring a considerable amount of time to complete. It is the final pre-OT level, and culminates in attainment of the state of CAUSE OVER LIFE.”

The Clear audits all previously identified thetans until they “blow,” or detach from the Clear. As noted in the official description, the OT VII level can take many years to complete. 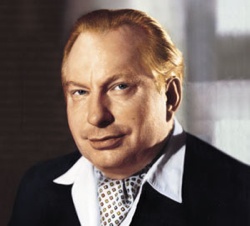 OT VIII is the top of the current Grade Chart – OT IX won’t be released until all the present Orgs are the size of the old Saint Hill Organization in East Grinstead, England, in the ’60s – not until hell freezes over, in other words. The Bridge, or Gradation Chart of Human Awareness and Abilities, tops out at OT 15, in some versions, although information is sketchy for the last few. OT 8 is a big expensive mystery, only delivered on the newspeak-named Scientology cruiseliner “Freewinds” out on the Caribbean. People who have completed this level have said that it is a review of all of the person’s auditing and a verification/ nullification of discoveries the person has made about himself, that it is Route 1 and 2 from the Creation of Human ability book, that it involves looking into your past auditing folders in order to spot any moments where you were being somebody else, e.g. past life identities, which you have discovered on Int Rundown or NED and any body thetans you have unleashed on OT III, OT IV, OT V, OT VI, OT VII and on Lists L10, L11 and L12, then a meter check to see if these identities are right or wrong items. At the end of this new process (New OT VIII), you will have recovered all of your own time track, supposedly. Two slightly different sets of the complete process have been posted to alt.religion.scientology, allegedly from people who have finished the level on the Freewinds. These procedures do indeed involved the 8th dynamic (god), as well as other steps, including material from A History of Man.

“This Solo-audited level addresses the primary cause of amnesia on the whole track and lets one see the truth of his own existence. This is the first actual OT level and brings about a resurgence of power and native abilities for the being himself. This may be done at the Flag Ship Service Organization only.” Graduation from this level requires a $100,000 payment.

This information has been sourced from Wikipedia and Xenu.net – thanks to all who contributed to those sites. At present transcripts are only available for the first two levels (due to Scientology lawsuits).

Due to the popularity of this article, we wrote Top 10 Problems With Scientology, an exploration of the lies, crimes, and tricks of Scientology. You might also want to check out 10 Shocking Scientology Conspiracies