This has been a difficult list to write because the prices of these items vary from season to season. However, despite that, these 10 foods are generally the most expensive things you can eat. The ordering is based partly on price and partly on how luxurious they are considered to be. 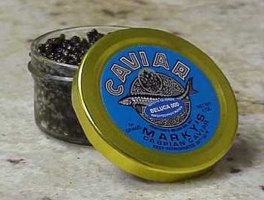 Beluga Caviar is the most expensive food item in the world, costing between $7,000 and $10,000 per kilogram (or $200–$300 per ounce). Caviar is fish roe (eggs), and this particular brand comes from the Beluga Sturgeon, found mostly in the Caspian sea. It can take up to 20 years for a Beluga Sturgeon to reach its maximum size, and it can weigh up to two tonnes. The eggs are the largest of the fish eggs used for caviar. Beluga usually ranges from purple to black, the palest being the most expensive. Beluga caviar is generally served on its own on small pieces of toast as it needs no additions of flavour to improve it. If you have not experienced eating caviar when you bite down, each egg pops and releases a slightly salty-fishy flavour.

Make your own luxury food with truffles! Get all the recipes in Truffles: Ultimate Luxury, Everyday Pleasure at Amazon.com! 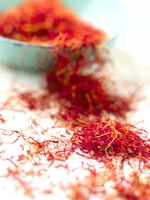 Saffron is the most expensive spice in the world, reaching prices beyond $2,000 per pound (depending on the season). Saffron is the stigmas of the crocus flower. Each stigma must be gathered by hand, and it takes thousands to make a single ounce of the spice. Bright yellow in colour, the spice is used for colouring and subtle flavouring of food. It has a bitter taste and a hay-like fragrance. 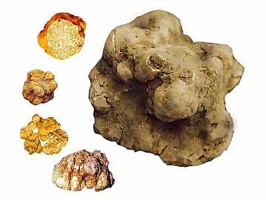 Truffles are from the underground ascomycetes family (tubers) and are reputed for their high prices. It has an odour similar to deep-fried walnuts, which is extremely pungent to some people, causing a reeling effect. Interestingly, some people cannot detect the odour of truffles (which is possibly to their advantage!). The white truffle is the most expensive of the family. They are generally served sliced into extremely thin slivers on top of other food and are frequently suffused in oil for sale as truffle oil. The average price for white truffles is $3300 per kg ($1550 per pound). 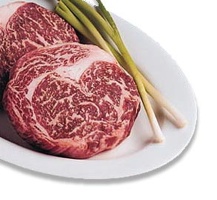 True Kobe Beef—raised from the black Tajima-ushi breed of Wagyu cattle—is produced only in Hyōgo Prefecture in Japan. It is bred according to secret and strict traditions. It is fed beer and grain and produces meat so tender and fatty that it rivals foie gras in texture. The beef can cost up to $300 per pound. This breed of cow is genetically predisposed to intense marbling and produces a higher percentage of oleaginous, unsaturated fat than any other breed of cattle known in the world. Another special trick in the production of this meat is daily massages by the human owners. I must confess to being a little envious! 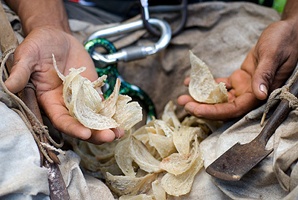 Here, the nests in question are produced by birds, specifically Cave Swifts, who produce the nest by spitting a chemical compound that hardens in the air. The nests are considered a delicacy in China and are among the most expensive animal products consumed by humans. The nests can cost as much as $6600 per kg ($3000 per pound). It is generally served as a soup but can also be used as a sweet. When combined with water, the hard nests take on a gelatinous texture. My own experience of Bird’s nest was in a pudding called Bird’s Nest and Almond soup—the nest was dissolved in almond milk which was served as a sweet soup. The nest tasted musty and had the texture of snot. 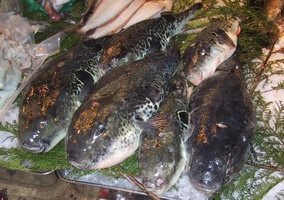 Fugu is the Japanese word for pufferfish and is also a Japanese dish prepared from the meat of pufferfish. Pufferfish are deadly, and if the fish is prepared incorrectly, it can lead to death (in fact, there are numerous deaths reported in Japan each year from the consumption of this delicacy). One pinhead of the pufferfish poison is sufficient to kill a full-grown adult male human. It has become one of the most celebrated Japanese dishes. To prepare the fish for human consumption, a Japanese chef must undergo rigorous training and certification. It is normally prepared so that a tiny amount of poison is left in the fish as the poison gives it a slightly numbing and tingling effect. People in Japan will pay between 10,000–30,000 yen (about $90–$270US) for a properly prepared Fugu dinner. 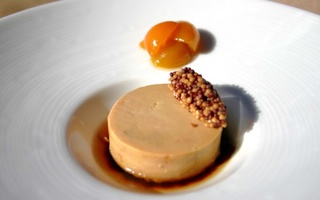 Second only to caviar, foie gras is one of the finest western foods available. It is the liver of ducks (foie gras de canard) or geese (fois gras d’Oie). It is produced by a method called gavage, which is force-feeding of the animal of grain via a tube down the throat. Ducks and Geese have anatomy that makes this painless, although the practice still draws attention from animal rights groups. The liver expands to many times the normal size and contains a great deal of fat. The texture of foie gras is very similar to that of butter with a very earthy flavour. Foie gras is generally eaten as a raw pate but can be lightly cooked to give it a greater depth of flavour. It is freely available in all parts of Europe and the rest of the world, although it may be restricted in parts of America. Foie gras generally averages about $40–$80 per pound.

Don’t sacrifice health for luxury. Get the skinny on healthy eating with Daily Tips for Healthy Living at Amazon.com! 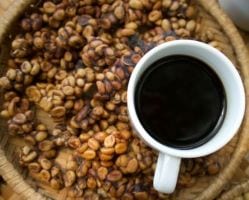 OK! This is technically a drink, but it deserves a place on the list. Bags of the coffee can sell for up to $1500 per kg ($600 per pound) for wild-collected beans. Kopi Luwak, or civet coffee, is made from coffee beans eaten, partly digested, and then defecated by the Asian palm civet or civet cat. Doesn’t that sound appetising for your morning cup of joe? Some believe that the partial digestion and fermentation caused by the animal’s stomach acid enhances the flavour of the coffee. Others report the price and interest in the coffee are inflated—it’s only a gimmick—and results in a horrible espresso. Sadly, there are growing numbers of intensive civet farms, where animals are confined to cages and force-fed. 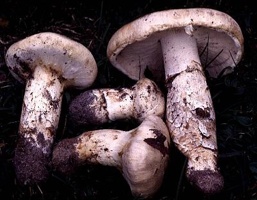 Matsutake is the common name for a group of mushrooms in Japan. They have been an important part of Japanese cuisine for the last 1,000 years. The tradition of mushroom giving persists today in Japan’s corporate world, and a gift of matsutake is considered special and is cherished by those who receive it. The annual harvest of Matsutake in Japan is now less than 1000 tons, and it is partly made up of imports from China, Korea, and Canada; this is due to the difficulty in harvesting the mushrooms. At the beginning of the season, the Japanese Matsutake, which is the highest grade, can go up to $2200 per kilogram. 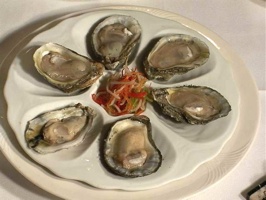 The name oyster is used for many different groups of mollusks that grow mostly in marine or brackish water (water that is saltier than freshwater but not as salty as seawater). The oyster is the root of an idiomatic saying, “The world is your oyster,” which means that you have to grab the opportunity to achieve something in this world. All types of oysters (and, indeed, many other shelled mollusks) can secrete pearls, but those from edible oysters have no market value. Oysters are best served raw in their own juices with a slice of lemon. A dozen oysters will cost you between $36-$54 per dozen, depending on the market. Also, oysters have, for many years, been considered an aphrodisiac.

Notable extras: abalone, exotic chocolates, ambergris (this deserves a whole other article), musk (as does this), sea bass, and wild salmon.