As summed up by Homer Simpson, the most important philosopher of the 20th century: Beer is the cause of and solution to all of life’s problems. The amber liquid deserves a fair share of the credit for a lot of major changes and advances throughout humanity’s history. 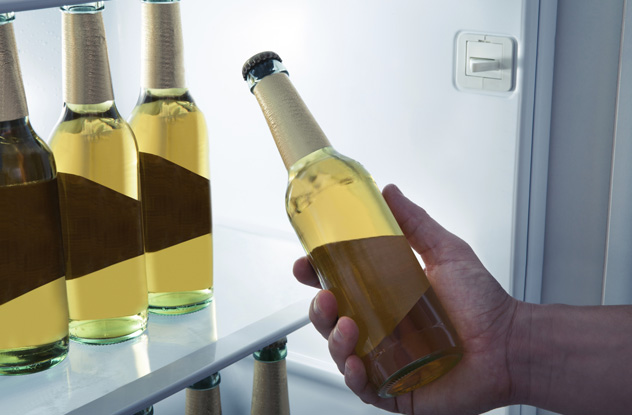 Fridges keep our food fresh and safe for our consumption. They are absolutely critical to our survival and the way we have flourished in the modern world. We also use them to keep our beers nice and cold, which is actually what they were created for.

Brewing traditionally only took place during the cooler months, as it is an exothermic process. It generates heat, and too much heat can kill the yeast and ruin the beer. For hundreds of years, blocks of ice were harvested and stored in cellars to keep the beer cool. Then came the breakthrough of mechanical refrigeration by Carl Von Linde, who was employed by the Spaten Brewery in Munich.

By the 1880s, refrigeration was common in breweries. It was expensive, but it let them brew all year round. It further let breweries grow and pop up in locations far from ice sources. This also led to the dominance of cooler lager beers . . . as well as, eventually, the presence of refrigerators in everyone’s home. 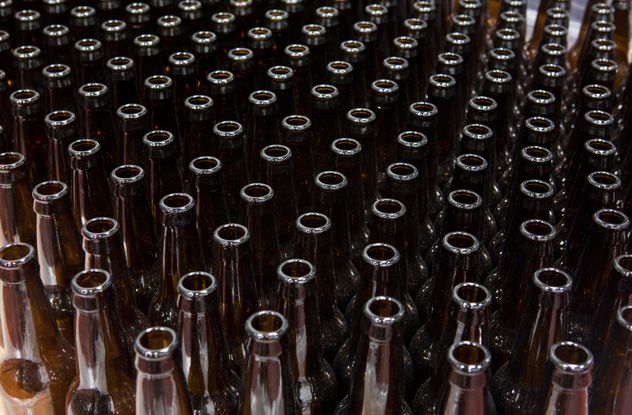 While not creating glass, beer was the driver behind the glass bottles that contain everything from amber ales to water, ketchup, baby milk, and medicine. This it was one of the earliest examples of large-scale mechanical production, which would flourish so incredibly in the 20th century.

Michael Joseph Owens was the man behind the machine. Owens linked up with Libbey Glass to market his product with the aim of using it to mass-produce long-neck beer bottles. Owens’s machine was a raging success. By 1903, he had created a commercial machine that could churn out 12 glass bottles per minute. By 1912, it could make 50 every minute. The machine created by Owens was used around the globe by 1915.

The company formed by Owens owned the rights to making brandy, wine, and specialty bottles. Exclusive rights were sold to Heinz for ketchup, Hazel-Atlas for general bottles, and Ball Brothers for fruit jars. 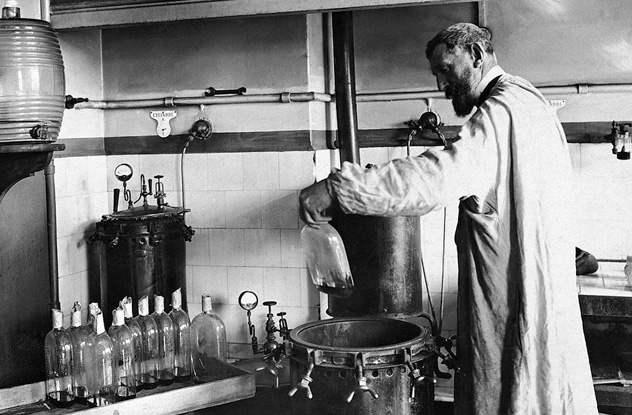 The process of pasteurization is now commonly associated with milk. It involves heating and subsequently cooling substances to remove harmful bacteria. However, the man who discovered the benefits of this process, Louis Pasteur, wasn’t worried about milk—he was trying to fix beer.

Local breweries wanted to know what was causing their beer to spoil, and helping local industries was part of Pasteur’s job at the University of Lille. They hired Pasteur, who demonstrated that bacteria caused this—bacteria that could be removed by heating and cooling the beer. He called the process pasteurization.

This process, all from beer experiments, led to the development and proof of germ theory, which stated that outside pathogens cause disease. Previously, it had been thought that pathogens spontaneously generated inside a substance rather than coming from without. This in turn led to vaccinations and modern medicines, all thanks to people getting tired of sour beer. 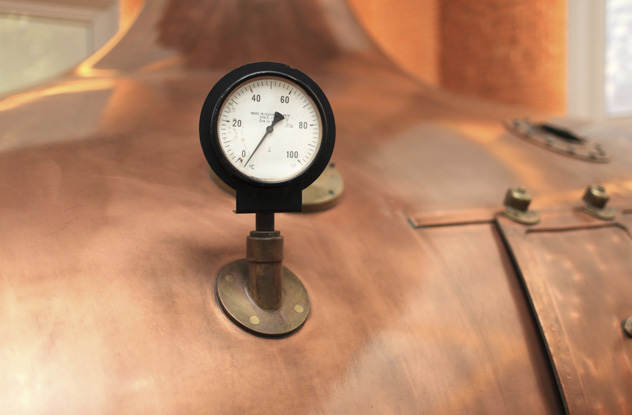 James Joule needed the extremely specific conditions and skills he learned in his brewery to measure and define mechanical heat. For example, the ambient temperature had to be ultra-precise, he had to work alone, and he had to work for many hours uninterrupted. Under these unique constraints, forced by brewing, he performed his experiments that would affect the entire field of physics.

Joule recognized that he needed a more precise thermometer, giving us the mercury model that is so key today, rather than the inaccurate air thermometers that were previously commonplace. Perhaps even more importantly, Joule devised the mechanical heat ratio in his brewery, which eventually became the basis of the science of energy. 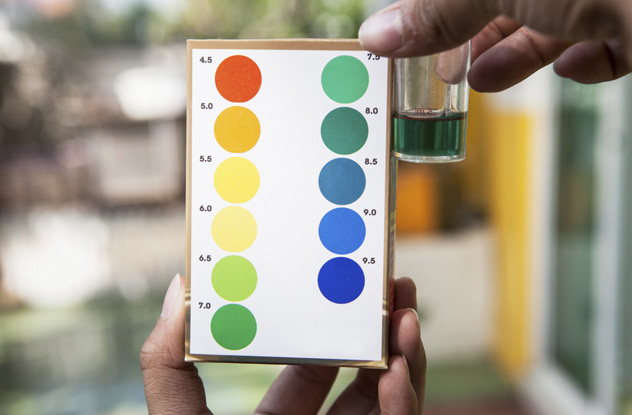 The pH scale is an integral part of modern science across several fields. It defines the acidity or alkalinity of a solution. A pH of 7 is neutral, and anything lower is an acid, while anything higher is alkaline, 14 being the most alkaline. The scale describes optimal levels for liquids, such as within the body and in drinking water. And it all came about thanks to a bunch of beer lovers annoyed that they couldn’t consistently measure their beer.

Frustrated brewers at Carlsberg hated having no standard measure of describing their product’s acidity. They had to use subjective terms that were not precise. Creating the scale enabled them to monitor the fermentation of their beer as well as allow anybody to repeat their manufacturing process and get the same result. 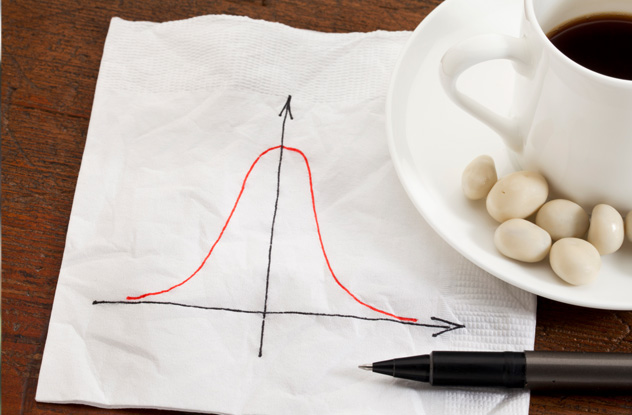 When conducting studies, you ideally want a large sample size to verify your hypothesis. But in life, things rarely go ideally. What do you do when such a size isn’t available?

That problem was faced by Guinness breweries, since they couldn’t easily repeat tests on new barley varieties. Sample sizes were small, and it would take another year for a new crop, which would be subject to different weather conditions. It was like trying to gauge a population of 1,000 using a group of 10.

Brewer William Seally Gosset devised the t-test as a solution to this problem, publishing it in an international journal under the name “Student,” as he was not allowed to use his real name. In more technical terms, the t-test is about testing hypotheses drawn from a small sample when the standard deviation is unknown. Statisticians have Guinness to thank for it. 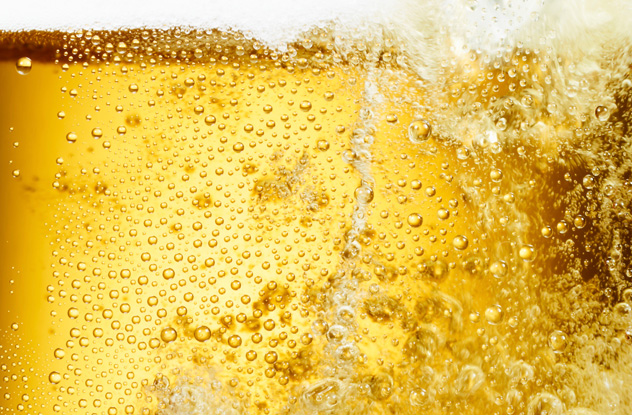 Air was once thought to be one homogenous substance, not the combination of gases we know it is today. It was all thanks to beer that Joseph Priestley discovered carbon dioxide. And with it, he discovered the existence of individual gases.

Living next door to a brewery, Priestley observed that gas floating off the fermenting mixtures fell to the ground, indicating that it was heavier than the air around it. He had discovered carbon dioxide. In addition, he observed that it extinguished lit wood. Priestley figured out how to produce it without alcohol, inventing carbonated beverages as well, so beer also led to the creation of all your favorite fizzy drinks.

This monumental discovery inspired Priestley to figure out what other kinds of “airs” (later called gases) floated around. In the end, the heavy air coming off his beer let Priestley discover not only CO2 and oxygen but six other gases, including laughing gas—a feat unequalled.

3The Age Of Exploration 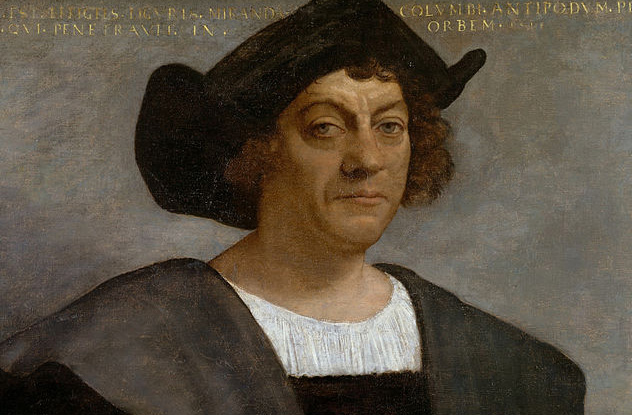 The European voyages to discover and colonize land during the Age of Exploration were very long, with little to no chance of stopping in at a port to resupply. So the rations aboard had to last long enough that the crew would not die of starvation on the journey.

When Christopher Columbus left the shores of the Iberian Peninsula seeking the New World, the foodstuffs onboard included hard cheeses, honey, olives, and anchovies—and, of course, barrels and barrels and barrels of beautiful beer. It wasn’t strange for a sailor to be rationed over a gallon of beer a day. Water would spoil below deck, so sailors in the Age of Exploration drank nothing but beer on their long voyages.

2The Success Of Colonial America 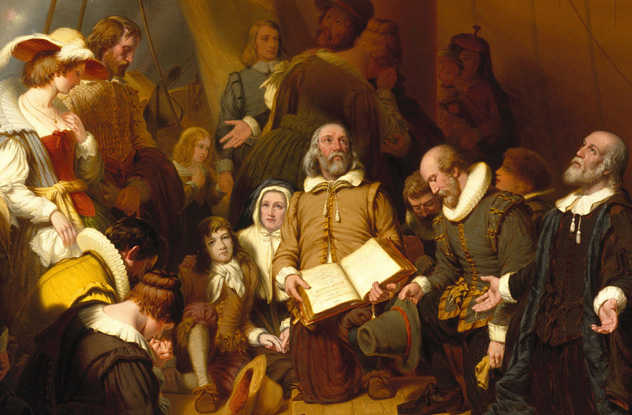 Continuing on our early American history theme, the flourishing of colonial America would not have been possible without history’s favorite drink.

Europeans of the era were not fans of drinking water. Back in the old country, it was considered unsafe, so they all drank beer instead. The first settlers had to make do with water, though. The further south they settled, the more likely that this water was to be infected with dangerous pathogens.

When the Pilgrims were contemplating traveling to America in the 1600s, one of their key concerns was getting sick because they had to drink water. The sailors, fearing that the passengers were consuming too much of their beer, dumped the Pilgrims farther north than they would’ve liked. The settlers found the northern water to be tasty to drink, much to their surprise.

In the Virginia colony, 1630 finally brought about some relief—they began to brew beer. The colony had been unsustainable with the previous death rate, so the arrival of alcohol kept them alive. 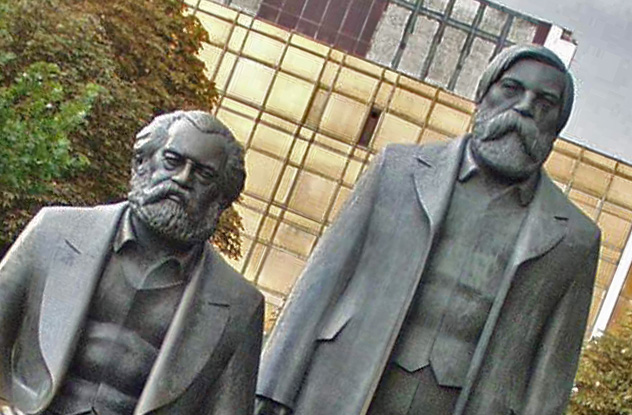 There was no more divisive and influential philosophical doctrine in the 19th and 20th centuries than communism. The original Communist Manifesto, written by Karl Marx and Friedrich Engels, led to over a century of international political turmoil and tension. The book would never have come about without a legendary beer-drinking session between the two men.

Both Engels and Marx were no strangers to the drop. Marx’s first year of university was a “wild rampage,” in the words of his father. The following years saw him regularly knocking back pints while finishing his PhD. Engels’s preferred tipple was wine, with a month-long tour of France seeing him drunk for almost all of it.

While traveling through Paris, Engels arranged to grab a beer with Marx. What followed was far more than a beer or two. As one historian put it, it was 10 beer-soaked days, over which Engels and Marx exchanged ideas, breaking down and formulating what would become the basis of communism—all thanks to the mind-altering amber ale.