Sport is drama in its rawest form. Unlike film or theatre, what happens is completely unplanned, often resulting in heroic acts that spring from real emotions and occasionally tragedy. The following top ten list of sporting comebacks aims to look at teams or individuals that through sheer will power, made the impossible a reality. 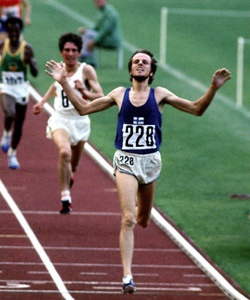 In his first Olympics at the age of 23, Lasse Viren went into the 1972 10,000m final little more than a rank outsider. When he and Mohamed Gammoudi fell over halfway through the race, it was Gammoudi the 1968 Olympic Champion, who garnered the attention. Yet while Gammoudi dropped out two laps later, Viren had already caught up with the leading group and went on to win the gold in a world record 27:38:40. His achievement was crowned just ten days later when he added the 5000m title.

In 1976 Viren further proved himself by not only reclaiming both Olympic titles, but finishing fifth in the marathon only 18 hours after his 5000m triumph. Unfortunately his reputation has been tarnished, by accusations of blood doping. His detracters point to the fact that he achieved little of worth outside the Olympic games. 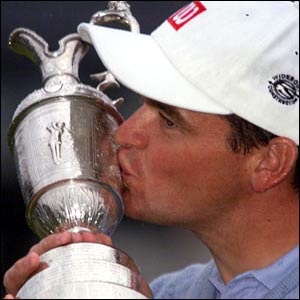 A few weeks before the 2007 British Open at Carnoustie it looked touch and go whether Paul Lawrie, the 1999 champion would qualify. Eventually he did, but the disrespect shown to him by the organisers was nothing short of disgraceful. No doubt, like every other Open champion, he should have received an invite to the tournament.

At Carnoustie eight years earlier he had started the final round ten shots behind the leader Jean Van de Velde. Okay Van de Velde self destructed, but coming back from that far on the last day was unprecedented in a major championship, and his final round of 67 in a tournament where the winning total was 6 over par was remarkable. 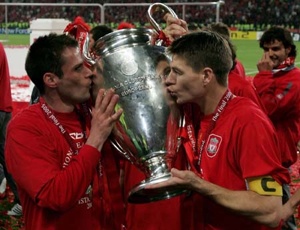 Outplayed by a side more talented in every position, the Liverpool side left the pitch at half time trailing AC Milan 3 – 0.

The game could not have started worse for Liverpool. In the first minute veteran Milan defender Paulo Maldino scored from a corner. From there the Brazilian midfielder Kaka took control; releasing Shevchenko down the left to cross for Hernan Crespo for 2- 0, then playing Crespo through on goal for him to make it three.

An injury to Harry Kewell changed the game. Liverpool manager Rafael Benitez had to reshape the midfield, adding defensive midfielder Dieter Hammann. Finally, Liverpool could tame Kaka and the likes of Steven Gerrard could push forward. The change in style so shocked Milan that in a remarkable 6 minutes, immediately after half time, Liverpool had scored three goals.

The match moved into extra time. In the last minute Shevchenko, the best striker in the world, forced Dudek to parry away his header, but the ball rebounded straight back to him and only two yards from goal, he looked certain to score. Somehow, Dudek flung himself across the goal to block the shot.

Seconds later, the whistle blew for full-time and the game moved into a penalty shoot-out. Dudek was again the hero, saving from Pirlo and Shevchenko for Liverpool to complete the unlikeliest of wins in the biggest club tournament in the world. 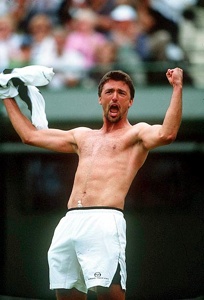 “I have so many runner-up cups that I am thinking of starting my own tea shop”. Particularly galling to the Croat was his 3 Wimbledon runner up cups, a tournament that he was fully equipped to win. Ok, the two losses to Pete Sampras were understandable, but in his first final at Wimbledon against Andre Agassi, he had been the runaway favourite.

By the 2001 Wimbledon, Ivaniševi? was on the verge of retirement. Seeded outside the top 100 he needed a wild card to get into the tournament. Yet he defied many of his critics by reaching the semi-final, where he faced home favorite Tim Henman.

Goran took the first set of the match 7 – 5, but normal service resumed when Henman won the second, and then strolled to a 2 – 1 lead with a 6 – 0 win in the third. By this time Henman was playing outstanding tennis, and at the beginning of the fourth set he moved a break up. In fact Henman would of won if it wasn’t for the rain.

When they came back from a lengthy delay, Henman had lost his momentum and Ivaniševi? immediately broke back, winning the fourth set on a tie break. The fifth set was again interrupted by the weather, but Ivaniševi? again proved the stronger player, and won 6-3.

In an exciting Wimbledon final, Ivanisevic beat the number 2 seed Patrick Rafter in five sets to become the first wild card to win a grand slam. 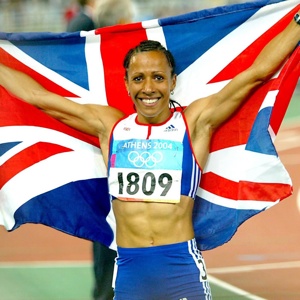 Only a Brit who follows track and field can really understand the full extent of Kelly Holmes achievement at the 2004 Olympics. For years the she had suffered injuries, and though she came into Athens injury free for the first time, she was 34 and coming off the back of the worst year in her career. After winning both the 1500m and 800m gold, she would admit to being diagnosed with clinical depression, taking to cutting herself when injured in 2003 while at the same time, if she wanted to continue to compete, unable to take medication. When commentator Steve Cram screamed “You’ve won it Kelly. You’ve won it!” it was in reference to Holmes looking around in complete disbelief. 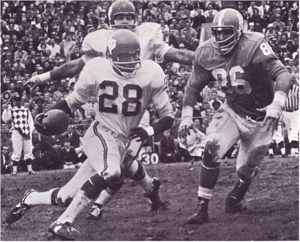 This game is known as ‘the comeback’. With the Buffalo Bills 0 – 32 down they converted from a 4 – 3 to a 3 – 4 defence to contain the Oilers offensive passing and claw back the points, equalising with only 3 minutes left.

The game moved into overtime, but with the Oilers looking more likely to score, a stray pass was intercepted by the Buffalo defensive bac,k Nate Odomes. A foul tackle on Odomes took the Buffalos up to the 20 yard line and three plays later they scored the winning field goal.

The Buffalo Bills went on to compete in the Super Bowl. 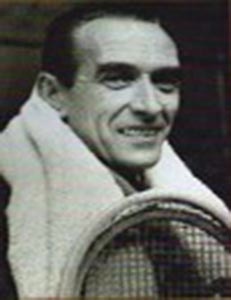 Henri Cochet, one of the four musketeers of French tennis in the the 20’s, was part of one of the greatest tennis comebacks. What made the comeback even more special was that it was achieved in the Wimbledon semi-final.

Playing against the legendary American player Bill Tilden, Cochet was quickly 2 sets to 0 down and trailing 5 – 1 in the third. Suddenly deciding to go for broke, he came up with winner after winner to win 6 games in a row and then take the final two sets 6 – 4, 6 – 3.

This is not the whole story. Cochet had also comeback from two sets down in the quarter finals and did so again to win the title. But it is the victory against Tilden that will be remembered. Tilden was no. 1 in the world, and up to that point recognised as the best player the game had ever seen.

Get in the game! Learn to play tennis with Tennis Fundamentals at Amazon.com!

8. Manchester United and the Munich aircrash of 1958 [Wikipedia] 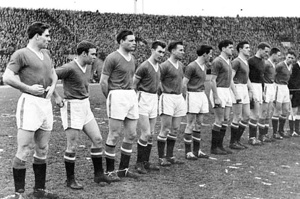 On February the 6th 1958, an aircraft carrying a Manchester United side searching for three English league titles in a row, crashed on take off killing 8 players. Among the dead were Duncan Edwards (tipped to be the next England captain, and even at 21 already one of the best players in the world), the prolific scorer both for United and England, Tommy Taylor, and the experienced England full back Roger Bryne. In fact 7 of the dead were first team players, and all of them had plenty of playing years ahead of them. Two other first team players sustained injuries, including the Northern Ireland international Jackie Blanchflower that forced them out of football. The Manchester United manager Matt Busby fell into a coma.

Yet only a few months later Manchester United were in the FA cup final. Bolton Wanderers defeated them 3 – 1, but the spirit that United showed was to be vital for the building process that occurred over the coming years.

Remarkably, Matt Busby was out of his coma and back managing the side in time for the start of the 1959 season, and in the next few years he went onto construct one of the best sides teams to compete in English football. In the sixties the ‘Busby Babes’ including Bobby Charlton, George Best, and Denis Law won the FA Cup and the league title twice. Ten years after the air crash in 1968, they won the European Cup. 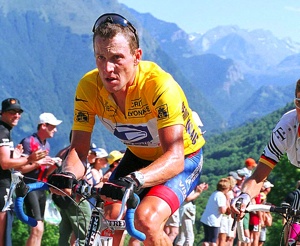 Forget the drug allegations, American cyclist Lance Armstrong came back from testicular cancer that spread to his brain, lungs, and abdomen, to win 7 consecutive Tours de France – one of the most gruelling events in world sport. Enough said. 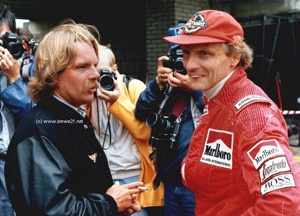 Maybe the bravest comebacks of all. Heading for his second world championship, a rear suspension failure forced Lauda off the track. His Ferrari hit an embankment, rolled back, and collided with Brett Lunger’s Surtee’s Ford. Lauda’s car shot up in flames with Lauda trapped inside. Despite the efforts of the officials and his fellow drivers he could not be removed from the wreckage until he’d already suffered severe burns, and had inhaled huge amounts of toxic gas. Amazingly when they did get him out, he was able to walk away but he later collapsed into a coma.

Less than two months later Lauda was back racing. In his first race he managed a credible fourth, but had too much ground to make up in the world championship, and he lost it by one point. The following year he won the championship for the second time.