Everyone seems to know of at least one haunted house; as kids there was almost certainly one in our own neighbourhood. This list contains the most famous and most haunted places in the world. If you have had any experiences of a similar nature, feel free to tell us about it in the comments. I should add, before starting, that I am a skeptic; I have written this list for entertainment value. 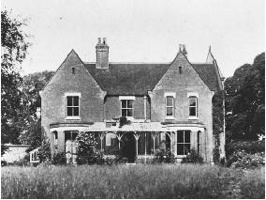 The haunting of the Borley Rectory during the 1920s and 1930s, is undoubtedly one of the most famous in Britain, as well as being one of the most controversial. The wealth of sightings and experiences by independent witnesses, suggests that although much of the phenomena can be explained in rational terms, a percentage remains which can still be seen as inexplicable at the present time.

Don’t look behind you! Keep yourself up at night with the chilling book Haunted House: The World’s Most Haunted Houses at Amazon.com! 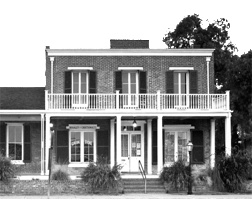 Author deTraci Regula relates her experiences with the house: “Over the years, while dining across the street at the Old Town Mexican Cafe, I became accustomed to noticing that the shutters of the second-story windows [of the Whaley House] would sometimes open while we ate dinner, long after the house was closed for the day. On a recent visit, I could feel the energy in several spots in the house, particularly in the courtroom, where I also smelled the faint scent of a cigar, supposedly Whaley’s calling-card. In the hallway, I smelled perfume, initially attributing that to the young woman acting as docent, but some later surreptitious sniffing in her direction as I talked to her about the house revealed her to be scent-free.” 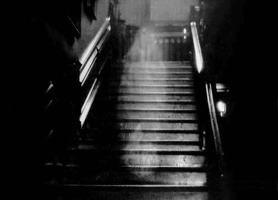 aynham Hall is a country house in Norfolk, England. For 300 years it has been the seat of the Townshend family. The hall gave its name to the area, known as East Raynham, and is reported to be haunted, providing the scene for possibly the most famous ghost photo of all time, the famous Brown Lady descending the staircase. However, the ghost has not been reported since the photo was taken. Its most famous resident was Charles Townshend, 2nd Viscount Townshend (1674-1738), leader in the House of Lords. 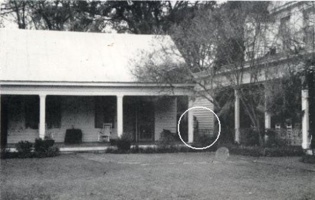 The Myrtles Plantation was built in 1796 by General David Bradford and called Laurel Grove. Touted as “one of America’s most haunted homes”, the plantation is supposedly home of at least 12 ghosts.[9] It is often reported that 10 murders occurred in the house, but historical records only indicate the murder of William Winter. Possibly the most well known of the Myrtles supposed ghosts, Chloe (sometimes Cleo) was reportedly a slave owned by Clark and Sara Woodruff. According to one story, Clark Woodruff had pressured or forced Chloe into being his mistress. Chloe and Clark were caught by Sara Woodruff, and Chloe began to listen at keyholes, trying to learn what would happen to her. 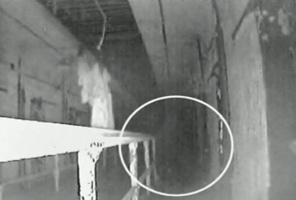 Designed by John Haviland and opened in 1829, Eastern State is considered to be the world’s first true penitentiary. Its revolutionary system of incarceration, dubbed the Pennsylvania System, originated and encouraged solitary confinement as a form of rehabilitation. On June 1st, 2007 a television show called “Most Haunted” went live to the penitentiary. Part of the group went to Al Capones cell. Two people passed out while “investigating” the prison. One member of the team, Yvette, stated that “this is the most evil place I have ever been.” They claimed to have had contact with spirits but there was no hard evidence that their claims were legitimate.

6. The Tower of London, London [Wikipedia] 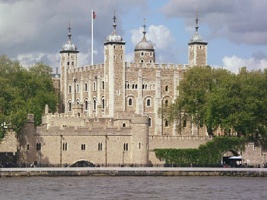 Her Majesty’s Royal Palace and Fortress The Tower of London, more commonly known as the Tower of London (and historically simply as The Tower), is an historic monument in central London, England on the north bank of the River Thames. Perhaps the most well-known ghostly resident of the Tower is the spirit of Ann Boleyn, one of the wives of Henry VIII, who was also beheaded in the Tower in 1536. Her ghost has been spotted on many occasions, sometimes carrying her head, on Tower Green and in the Tower Chapel Royal. 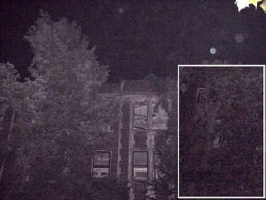 Waverly Hills Sanatorium, located in Louisville, Kentucky, opened in 1910 as a two-story hospital to accommodate 40 to 50 tuberculosis patients. It has been popularized on television as being one of the “most haunted” hospitals in the eastern United States, and was seen on ABC/FOX Family Channel’s Scariest Places On Earth as well as VH1’s Celebrity Paranormal Project. It was also seen on the Sci Fi Channel’s Ghost Hunters. Ghost investigators who have ventured into Waverly have reported a host of strange paranormal phenomena, including voices of unknown origin, isolated cold spots and unexplained shadows. Screams have been heard echoing in its now abandoned hallways, and fleeting apparitions have been encountered. 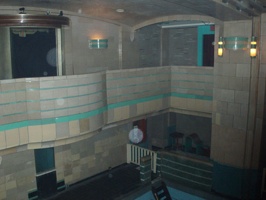 RMS Queen Mary is an ocean liner that sailed the North Atlantic Ocean from 1936 to 1967 for Cunard Line (then Cunard White Star Line). The Queen Mary was purchased by the city of Long Beach, California in 1967 and transformed into a hotel. The most haunted area of the ship is the engine room where a 17-year-old sailor was crushed to death trying to escape a fire. Knocking and banging on the pipes around the door has been heard and recorded by numerous people. In what is now the front desk area of the hotel, visitors have seen the ghost of a “lady in white.” Ghosts of children are said to haunt the ship’s pool. 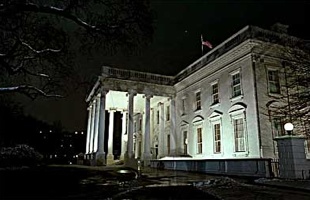 The home of the presidents of the United States. President Harrison is said to be heard rummaging around in the attic of the White House, looking for who knows what. President Andrew Jackson is thought to haunt his White House bedroom. And the ghost of First Lady Abigail Adams was seen floating through one of the White House hallways, as if carrying something. The most frequently sighted presidential ghost has been that of Abraham Lincoln. Eleanor Roosevelt once stated she believed she felt the presence of Lincoln watching her as she worked in the Lincoln bedroom. Also during the Roosevelt administration, a young clerk claimed to have actually seen the ghost of Lincoln sitting on a bed pulling off his boots.

That’s not all! Read about all the presidential ghouls and scary happenings in Who’s Haunting the White House?: The President’s Mansion and the Ghosts Who Live There at Amazon.com! 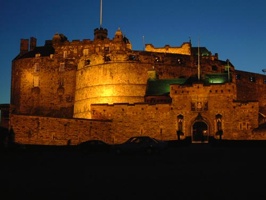 Edinburgh Castle is reputed to be one of the most haunted spots in Scotland. And Edinburgh itself has been called the most haunted city in all of Europe. On various occasions, visitors to the castle have reported a phantom piper, a headless drummer, the spirits of French prisoners from the Seven Years War and colonial prisoners from the American Revolutionary War – even the ghost of a dog wandering in the grounds’ dog cemetery.