What’s worse than finding a worm in your apple? Finding a decomposing rat at the bottom of a bag of chips you just finished off! For many, such a scenario is the stuff of nightmares. But for a few, this nightmare is a life-altering reality.

Whether it is rat attacks in the happiest place on Earth or vermin finding their way onto a plate at a restaurant, you will be reading today about 10 alleged cases of rats showing up in places where they certainly didn’t belong.

10 Woman Allegedly Gets The Worst Kind Of Fur From Zara 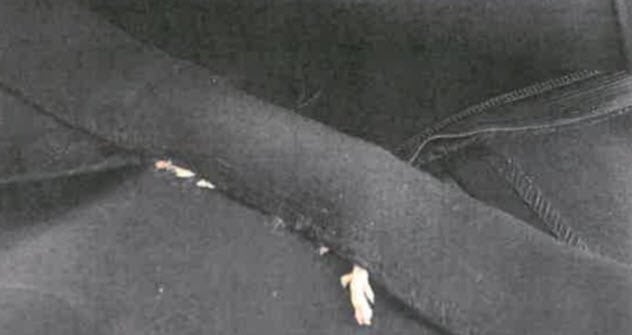 Fur clothing is about as divisive as you can get in the world of fashion. Whether you consider furs a luxury item or murder is really up to you, but the point is that fur products aren’t something you own by accident—unless you’re one allegedly unfortunate shopper who bought two dresses from Spanish retailer Zara in July 2016. The shopper claims that she felt a strange scratching sensation on her leg when wearing one of the dresses for the first time in August.

Upon investigating the source of the itch, she found what appeared to be a rat’s foot hanging outside the hem of her dress. It was brushing up against her skin. Even more horrifying, the entire rat was sewn into the dress itself.

The woman filed a lawsuit against Zara. She claimed that the company was negligent by allowing a product with a rat sewn into it to make it to store shelves. Also, doctors diagnosed her with a rat-borne illness that caused a rash to break out on her skin.[1] 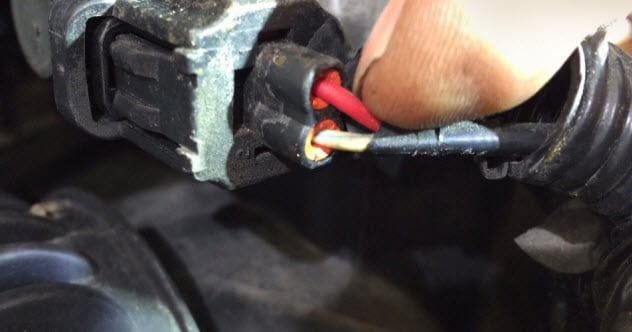 Currently, humanity doesn’t really have a good way of dealing with our ever-growing garbage dumps of plastic. We can’t exactly stop using the stuff because it is so vitally important in the way we live. But that doesn’t mean that some companies aren’t trying to phase it out with more eco-friendly alternatives.

One recent example involved the car company Subaru, which has tried to use soy-based parts in their cars. Unfortunately for the company, rats allegedly seem to love the taste of these parts. This has caused thousands of dollars in damage for consumers unlucky enough to live in a place that has rats, which is more or less everywhere.

On top of that, damages caused by the rats weren’t covered under the cars’ warranties, so all repairs had to be paid for out of the motorists’ pockets. At least one motorist claimed that she had to spray coyote urine around and inside her car to try to ward off pests.[2]

A class action lawsuit has been filed against the company. It claims that they should have known that rats would cause problems as some of the Subaru dealerships also sold special types of rat repellent tape to protect the cars’ soy-based parts. 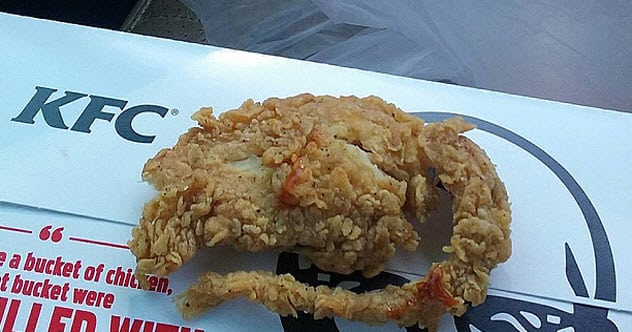 Most people can agree that chicken has a fairly recognizable shape. You’ve got the legs, the wings, the breasts, and so on. When you get boneless chicken, however, you run the risk of dealing with pareidolia, a phenomenon where humans believe they can see a familiar shape or form in random things despite there being nothing of the sort. If you’re unlucky, you can end up seeing some really disgusting-looking things in your food, as one KFC customer did.

The pictures posted on social media of the customer’s chicken certainly do appear to show a whole rat that had been breaded and fried, complete with the tail. The customer claimed that he was so sure that the piece of KFC was a rat that he retained a lawyer after posting the images online. He said that he was weighing his options as to what to do next.

That was until KFC’s corporate office showed additional images of the alleged rat. While still looking quite gross, they revealed white chicken meat beneath the fried breading. The chicken was even taken to an independent lab and tested just to make sure. Of course, it came back as chicken.[3]

KFC demanded an apology from the customer for making such a damaging claim, and the story seemingly fell off the face of the Earth. 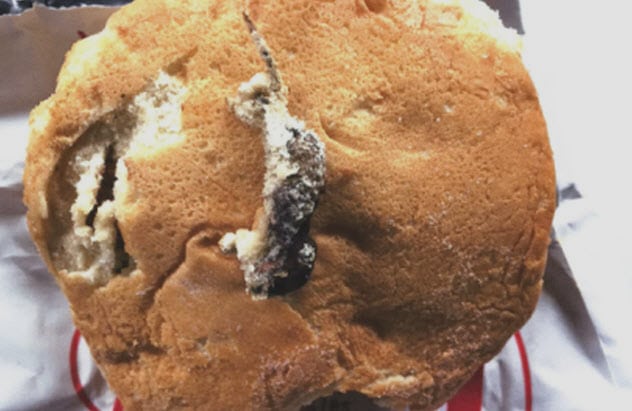 Obviously, when you dine at a fast-food restaurant, you shouldn’t expect to get freshly made products. Most everything you get has been outsourced to other companies and factories, and the final product is simply put together in the place where you’re buying it.

With so many different companies delivering a variety of items, there’s a chance that something nefarious can slip through the cracks. One Chick-fil-A customer alleged that she found a crispy little rodent baked into the bun of her chicken sandwich.

Believing it to be a burned bun at first, the woman claimed that she was mortified to find that her sandwich was also sporting a tail and whiskers. She promptly went to the hospital for issues of extreme nausea.[4]

Of course, the woman sued the fast-food chain for her medical issues that arose after finding a rat in her food and for the chain’s failure to supervise and prevent rodents from being sent out in their products. 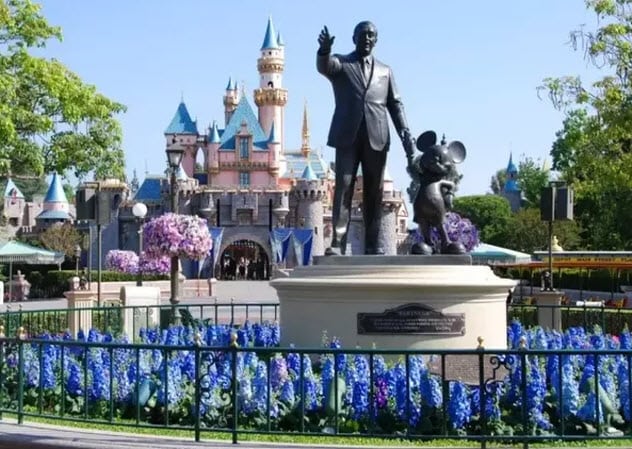 News websites were chomping at the bit when they heard that a rat had allegedly bitten a man at a Disneyland park. As Disneyland’s main mascot was a giant talking mouse, the headlines practically wrote themselves.

However, the humor was probably lost on the park visitor. He claimed that a rat had jumped onto his wife’s wheelchair and bit into his fingers when he tried to knock it off. This prompted him to file a lawsuit against the happiest place on Earth to reimburse his medical bills, among other damages.[5]

According to the 2018 lawsuit, after the bite occurred, an employee scooped up the rat in a bin and asked park goers to refrain from taking pictures of it. While it is unknown how the court case will go, it isn’t too much of a stretch to say that the park probably has rats, especially considering that the resort has more than 100 cats stalk the grounds after hours to keep the pest problem away.

The company has even been praised for its ethical treatment of wild cats. They take steps to spay and neuter the animals instead of sending them to shelters where they likely would be euthanized.

5 Waiter, There’s A Rat In My Soup 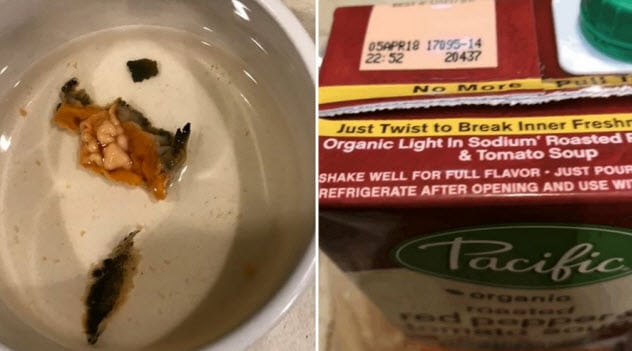 In early 2018, a woman claimed that she fell deathly ill after eating a bowl of organic roasted red pepper soup from Pacific Foods. She was unable to eat for days as she battled hallucinations brought on by her illness. After finally regaining her strength, the woman made the odd choice to try the soup again. Only this time, she found the remains of a decaying rodent in her bowl. Then things got kind of tricky.

After informing the company of what she had found, the sickened customer claims that the company asked her for her soup container to test its contents in a lab. But the company claims that they never received her allegedly tainted soup. So there is no evidence of its existence other than pictures taken by the customer who originally bought it.

In 2011, Baltimore police officer Joseph Crystal claimed that he saw his fellow officers use excessive force on a handcuffed suspect, allegedly pulling the man into a house to beat him before taking him to jail. After he blew the whistle on his department, Crystal said that he was labeled a rat and harassed by his fellow officers until he resigned from the force.

The most ridiculous harassment was practically ripped from a Mafia movie, specifically the horse’s head scene in The Godfather. Crystal claimed to witness another officer putting a dead rat on his windshield to intimidate him. While the city maintained that they could have won the lawsuit against the former officer, they instead opted to settle with him for nearly $50,000, saying that they simply wanted to put the ugliness behind them.[7] 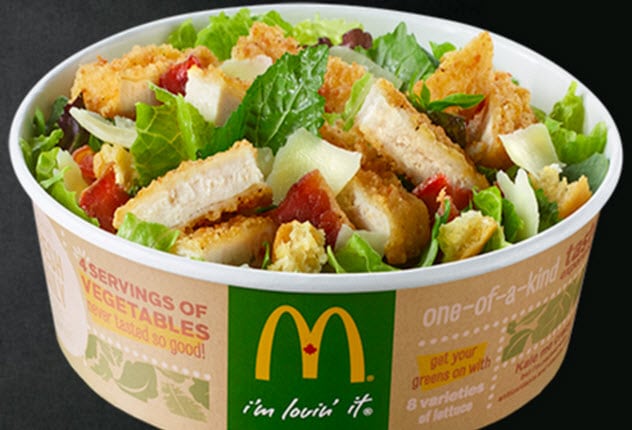 When given the choice between a McDonald’s kale salad and a double Big Mac, you would assume that the salad would be the healthier choice. But apparently, you’d be wrong. Compared to the sandwich, the salad has about 50 more calories and 60 additional milligrams of salt, thanks to its Asiago Caesar dressing.

Although that might be a nightmare for people who watch their weight, a few extra calories beats the heck out of finding a rat mixed into your salad as one diner at the Normandin restaurant in Quebec City claims to have found.

The woman says that her first few bites of the salad seemed odd, as if she were chewing on pebbles. Confused, she shifted the meal around to find the source of the crunchiness and was met with a rat rotting away in her dish.

The diner claims that the staff at the restaurant immediately took her plate away and refused to let her see it. So she called the police, who ended up taking her to the hospital. The woman sued the restaurant for $200,000 for her medical expenses and emotional damage.[8]

2 Finding A Monster In Your Monster

Drinking and eating out of containers into which you can’t see is a common occurrence for people these days. But when you think about it, we’re all putting a lot of trust into companies that sometimes aren’t even located on our continent.

Anything could be in those cans, and we all just dig in like nothing bad ever happens. However, if you’re to believe the claims of one consumer of Monster Energy drinks, something very bad did happen. He found a rat seemingly stuck to the inside of the can from which he had just finished drinking.

The unfortunate consumer took the can to a lawyer, and they had the rat tested. According to the results, the rodent didn’t die from poison and didn’t show any damage associated with someone trying to jam the creature in through the top of the can.

The Monster Beverage Corporation hit back by saying that it was nearly impossible for a rat to get into the can. When the drinks are put together, the cans are held upside down and blasted with compressed air. Immediately after, they are filled and sealed with the beverage. Thus, the company maintained that it couldn’t be responsible for a rodent getting into the can.[9] 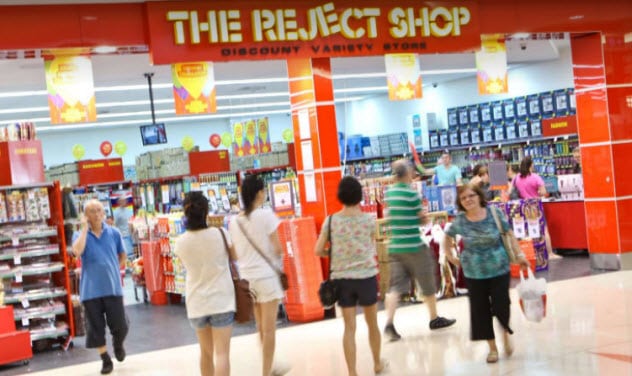 Finding a rat in something you’re eating or drinking can be a traumatic experience, but there is something that is arguably worse. That’s giving your child something that has a rodent in it, as one mother allegedly did when she bought a prepackaged SpongeBob cookie from a store called the Reject Shop. The family says that when they later complained to the store about the rodent, the employees laughed and said that there wasn’t anything they could do about it.

Although the employees might have laughed, the higher-ups in the company didn’t think it was quite so funny. That brand of cookies was pulled off the shelves, and the company immediately launched an inquiry into how something like this might have happened at the facility from which the cookies were purchased.[10]

The child’s mother is suing both the packaging company and the store due to the emotional toll that she and her daughter suffered, along with negligence for selling the tainted cookie.

I’ve got nothing important to put here at the moment, but thanks for reading!

10 Insane Rides From The World’s Most Dangerous Amusement Park