These are the approved methods of interrogation taught by SERE – U.S. military training program (survival, evasion, resistance, escape). The use of these techniques is highly controversial and many people say that they are essentially methods of torture and illegal under the Geneva Convention. 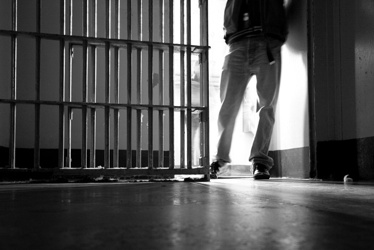 Isolation is the idea that a person should be left entirely without stimulation by another person. When left for the right amount of time in this state, it leads to a deep feeling of anxiety. The KUBARK document (1) states:

“Little is known about the duration of confinement calculated to make a subject shift from anxiety, coupled with a desire for sensory stimuli and human companionship, to a passive, apathetic acceptance of isolation[…]”

The document recommends that the interrogator should determine whether the person being interrogated has been imprisoned in the past, do better judge the amount of solitary time that will have the greatest effect.

Learn what actually happens behind closed doors in America’s military with Tortured: When Good Soldiers Do Bad Things at Amazon.com!

The most common method of sleep deprivation is to keep the prisoner awake for several days. When they are finally allowed to fall asleep, they are awakened and interrogated. Ex-Israeli Prime Minister Menachem Begin describes his experience of this technique when he was a prisoner of the KGB:

“In the head of the interrogated prisoner, a haze begins to form. His spirit is wearied to death, his legs are unsteady, and he has one sole desire: to sleep… Anyone who has experienced this desire knows that not even hunger and thirst are comparable with it.”

As well as leading to hallucinations, sleep deprivation for periods longer than 24 hours can lead to a state of temporary insanity.

In a study on sensory deprivation, 17 paid subjects were placed in a tank-type respirator that blocked all sensory stimulus. The subjects could breath for themselves through open vents. The time limit for staying in the tank was 36 hours. Only 6 of the subjects completed the full time. Four of the eleven who left the study early complained of anxiety and panic.

“The chief effect of […] solitary confinement, is to deprive the subject of many or most of the sights, sounds, tastes, smells, and tactile sensations to which he has grown accustomed”

It is believed that a few hours in this environment is equal to weeks or months of imprisonment in an ordinary cell. 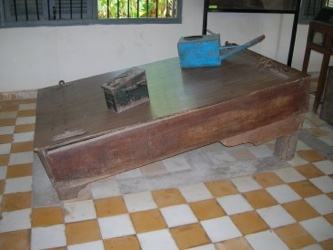 This is posing a detainee in an erect standing position for a period of several hours. No restraints or external devices are used. Variations of this technique include the extension of one’s arms outward to the side.

According to one Army intelligence officer with personal knowledge of these practices, soldiers in the field developed harsher variations of the stress technique. In one position reportedly improvised by soldiers in the field, known as a “short shackle,” detainees are bound at the wrist and ankle with metal or plastic handcuffs and then doubled over with their wrists bound to their ankles, either while lying on the ground or sitting.

Stress positions are commonly used by the U.S. Military. Recruits are often put in stress positions during basic training, the most common being the “front leaning rest”, which is the military term for the pushup positions.

This includes being bombarded with loud noises or music and flashing or bright lights. These methods are designed to overload the senses, interfering with sleep, cognition, and concentration. An Iraqi dissident reported his experience of this form of interrogation technique:

He was made to stand or kneel facing a wall for seven-and-a-half days, hooded, and handcuffed tightly with plastic strips. At the same time a bright light was placed next to his hood whilst distorted music was played.

Forced nudity is the most common technique used by US forces in Iraq when interrogating prisoners. It involves stripping prisoners in front of other prisoners and forcing them to remain naked for long periods of time. The technique has also been used on people caught looting or stealing. The effect of this act is to cause great shame.

You know you want it. Go ahead, buy it. Nobody’s watching. The Big Book of Pain: Torture & Punishment Through History at Amazon.com!

Sexual humiliation comes in a variety of forms and it takes in to account the beliefs and views of the prisoner. For example, a person whose religious beliefs are strongly opposed to homosexuality or transvestitism may be forced to participate in acts of this nature with other prisoners. This may be extreme, or mild (in the case or prisoners being made to wear female underwear). This can also include being subjected to forced displays of sexuality (such as lapdances) in the case of those with extreme views towards women.

Cultural humiliation can include any acts which are contrary to the religious or cultural views of a person. For example, a Muslim may be forced to eat foods forbidden by his religion, or made to witness or commit acts considered blasphemous.

This can also include verbal abuse which is meant to lead to feelings of shame and disgust, further breaking the will of the prisoner. 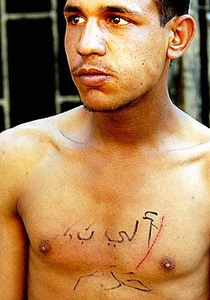 This is a particular favourite of the Chinese government towards political or religious prisoners. In many cases they are routinely doused with cold water and left outside or in unheated cells to freeze. Some have been forced to stand in or run through snow wearing only a thin layer of clothing. Thousands are left to sleep on the concrete floors of unheated prison cells in the dead of winter. To make the cold even more unbearable, prison staff have been reported to leave the windows open in practitioners’ cells during the night. Many practitioners are kept in such cells even when badly injured or on the verge of death.

On occasion, extreme heat is also used. In this case the prisoner is lcoked in a “hot box” – a small, hot room which, due to lack of ventilation, essentially functions as an oven. When the prisoner cooperates, he or she is finally released.

Phobias are able to incite extreme amounts of panic in people. For this reason, a prisoner who has a fear of spiders may be forced to remain in a room filled with spiders. Once he achieves the useful state of anxiety or panic, he is interrogated.

“The threat to inflict pain, can trigger fears more damaging than the immediate sensation of pain. […] The same principle holds for other fears: sustained long enough, a strong fear of anything vague or unknown induces regression[…]”

Waterboarding consists of immobilizing an individual and pouring water over his or her face to simulate drowning. Waterboarding has been used to obtain information, coerce confessions, and also to punish, and/or intimidate. It elicits the gag reflex, making the subject believe his or her death is imminent while ideally not causing permanent physical damage.

“Water boarding as it is currently described involves strapping a person to an inclined board, with his feet raised and his head lowered. The interrogators bind the person’s arms and legs so he can’t move at all, and they cover his face. In some descriptions, the person is gagged, and some sort of cloth covers his nose and mouth; in others, his face is wrapped in cellophane. The interrogator then repeatedly pours water onto the person’s face. Depending on the exact setup, the water may or may not actually get into the person’s mouth and nose; but the physical experience of being underneath a wave of water seems to be secondary to the psychological experience. The person’s mind believes he is drowning, and his gag reflex kicks in as if he were choking on all that water falling on his face.”

On average, CIA officers who allow themselves to be tested upon last an average of fourteen seconds.

(1) Most of this information is sourced from the KUBARK Interrogation Manual declassified in 1997. And here is the memorandum permitting these techniques to be used by US military personnel.