Getting accepted into a gang isn’t a free process. Generally speaking, you’re required to prove yourself first through a ritual known as “initiation.”

The methods used are brutal—often beyond comprehension for the average person. Some initiation rites demand that you withstand a beating, commit a rape, or even worse.

10 Traditional Beatdown (AKA Being ‘Jumped In’)

Probably the most common method of gang initiation is the classic “beatdown” (aka being “jumped in”). It involves the wannabe gangster fighting a specific number of the gang’s members for a certain amount of time. The wannabe must withstand the beating as well as fight back.

Most gangs have a variation of this method, including “The Line.” Candidates are kicked and punched repeatedly as they walk between two lines of gang members. The prospect must make it to the end of the line while still on his feet. If he doesn’t, he can try again on another day when his bruises and wounds have healed.[1]

But even this method can be deadly . . .

In 2010, a senior from the University of Arkansas was beaten for three minutes as part of a jump-in for the Bloods gang. He suffered irreparable blunt force trauma to his head and died at the hospital an hour later. 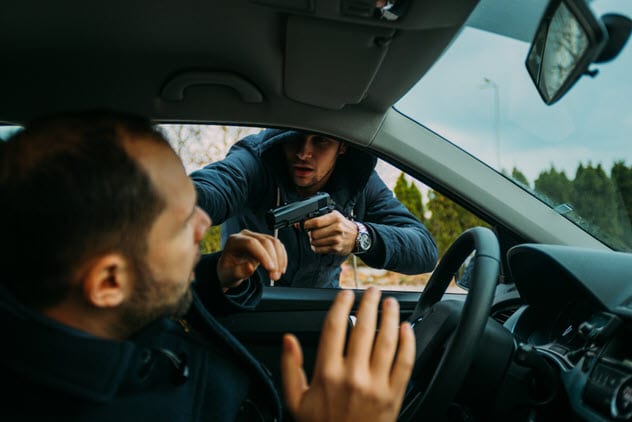 Being “jacked in” is a street-savvy term for committing an auto theft in the hopes of becoming a gang member.

It works like this: To show his “earning ability” for the gang, a prospective member will steal a car (usually at gunpoint), convincing the higher-ups of his gall. If successful, he’s accepted as a full member.

In January 2008, 17-year-old Charles Brown hopped into the back seat of a parked car in Kiamesha Lake, New York. The back seat already had three passengers. Brown then pointed a gun at the driver, forcing him to relinquish the vehicle. Later, police learned that this had been an initiation attempt for a local Crips gang.[2] 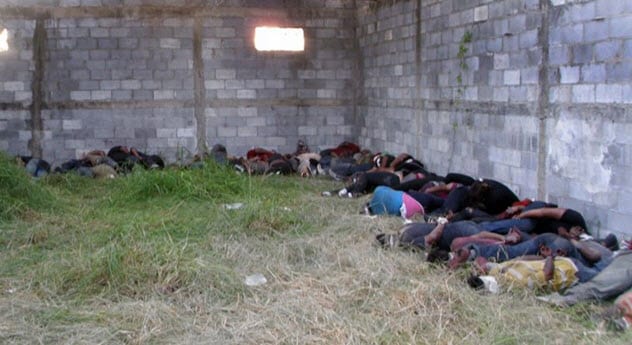 To prove themselves worthy of induction into the Vatos Locos gang, Jose Cruz and Hugo Torres of North Carolina spawned a national manhunt in 2011 after allegedly kidnapping a man and holding him at gunpoint during a robbery. Police said that the criminals drove the man to a secluded mobile home. There, he was beaten before finally being able to free himself and run for help.[3]

All of this was done as part of the initiation of Cruz and Torres into a local Hispanic street gang.

In another crime in June 2013, Mexican soldiers were able to rescue 165 people—including women and children—who had been savagely kidnapped and held for ransom by Mexican cartel gangs. 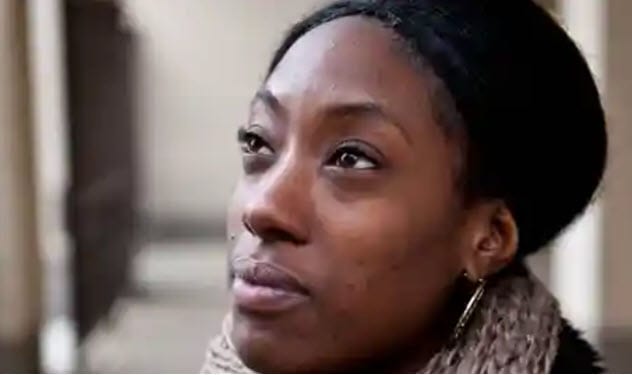 Most gangs aren’t prejudiced against the idea of recruiting female members. As such, a special initiation process is involved. According to the Florida Gang Reduction website, a female recruit sometimes has to roll two dice. Then she has sex with that number of gang members.

Isha Nembhard, a former female gang member from London, said that women being prostituted as induction into a gang is common.

“A lot of girls are sort of prostituting themselves to have sexual relationships within a gang and get treated in a bad way,” she said. “For example, she might know about what happens to girls in the gang but still sleeps with all of them just for the status.”[4] 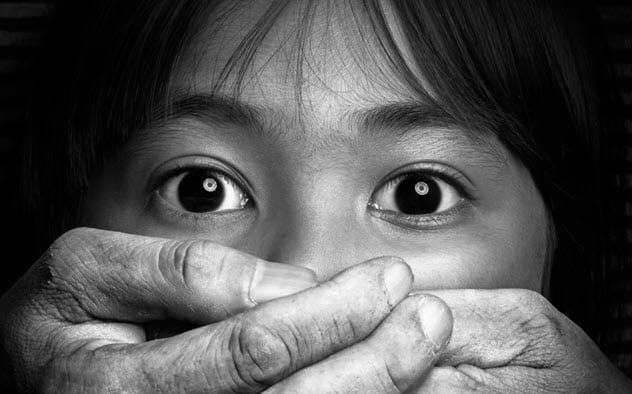 Once believed to be nothing more than a sensationalized “rumor,” rape is a very active and brutal method of initiation for some gangs. Eight teenagers from a California outfit known as the “South Side Mafia” were accused in 2011 of luring an 11-year-old girl into a park bathroom where they took turns raping her as part of an initiation rite.[5]

In Albuquerque, New Mexico, gangs created the ruse of inviting female mall shoppers to a “party” where they would be locked in a room and repeatedly raped by inductees. Given the choice between a traditional “jump-in” (being beaten into the gang) or raping a female, prospective gang members choose rape far more often in Albuquerque. 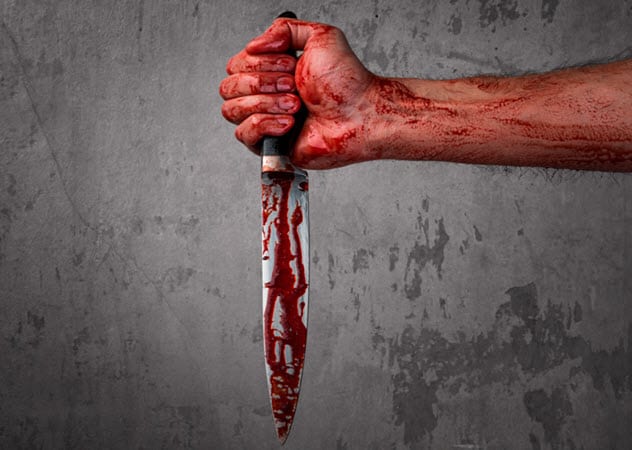 In 2008, three kids from a Coney Island school were charged by police after cutting over a dozen other students with a razor as initiation into a local MS-13 gang. While some students willingly rolled up their sleeves, those who didn’t were pressed against a desk and cut forcibly.[6]

Elsewhere in New York, a pair of similar incidents took place in 1999 when six members of a Bloods gang attacked a woman on a train. They cut her with razors and stabbed her. Two days later, another woman was robbed of her jewelry. During the crime, her face was slashed so viciously that it required 150 stitches.

Machete-wielding teen on gang life: ‘It’s either kill or be killed’ | ITV News

Stabbing someone is a frequent initiation rite among prison gangs, but it isn’t necessarily absent from the streets. Upon his release from prison, Mark Block of Hesperia, California, noticed that his friend’s brother was sporting a gang tattoo—one he hadn’t rightfully earned.

Insisting that the man “make his bones” the proper way, Block, a white supremacist, accompanied 21-year-old Kyle Smither and his tattooed brother on the search for a target. Spotting a Hispanic male working out in his front yard, the Smither brothers stabbed the man several times and slit his throat.

In 2003, a 13-year-old boy stabbed an elderly woman to death after robbing her. This was also a gang initiation. Police discovered the woman’s body in her apartment. She had stab wounds about her face and upper body.[7]

In December 2011, 10 teenagers from Sweden were charged with aggravated arson for gutting a shopping mall as part of a local gang initiation. The Berga Centre Gang had imposed a test on wannabe members. It required them to light a dumpster on fire, which rapidly spread to a nearby mall and burned it to the ground.

But gang arson isn’t limited to property. In 2013, Esterrell Simpson and Maurice Hollis, both of Houston, Texas, were charged with murder after chasing down Carlos Hernandez—a random passerby—and setting him ablaze as part of an initiation ritual for the Black Disciples.[8]

MS-13: Murder in the suburbs

Homicides committed for gang initiation can encompass everything from drive-by shootings to the murders of gang rivals or even strangers. Others simply make no sense at all, such as the 2004 death of Bob Mars, a high school coach from Kennewick, Washington.[9]

Two teenagers, one sponsoring the other for induction into a local gang, shot and killed the coach as part of an initiation rite.

In Richmond, California, police believed the random shooting of a pizza delivery man was likely the work of a gang initiation, too. As he approached a door to deliver the pizza, unknown gunmen shot him from behind and killed him. 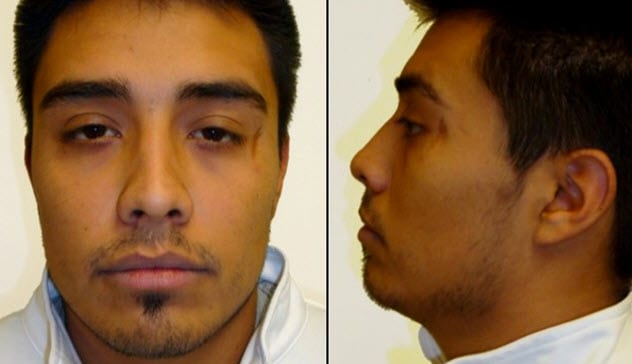 The police in Juarez, Mexico, have been battling an even more horrifying monster as it relates to gang violence: serial killings. Used both as an initiation method and a way to settle unpaid drug debts, Mexican cartels have racked up an astounding death toll in the name of gang warfare.[10]

Many victims are found with their skulls crushed, having been run over by car tires. In October 2013, 20-year-old Juan Pablo Vazquez was arrested after being linked to 79 murders, all of which he committed himself in the name of a cartel.

About The Author: Shawn W. Larson is a former music producer who now enjoys photography, writing, and spending time with his family.