This is a list of some of the more noteworthy assassinations in world history. I put some conditions on the list when I started: the assassin had to have committed a successful assassination, had to have some political or national significance, and had to have been more or less working alone. Number one doesn’t meet this final requirement, but it is too famous not to include. 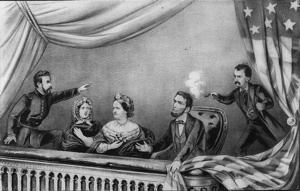 Assassinated American president Abraham Lincoln on April 14, 1865 at Ford’s Theatre in Washington, D.C. Booth was an actor and Confederate sympathizer who conspired with several others to kill Lincoln, Vice President Andrew Johnson, and Secretary of State William Seward. It was hoped that the death of Lincoln and his first two successors would cripple the Union government and allow the Confederate government, which had surrendered four days earlier, to continue the war. Lincoln was the first American president to be assassinated. The others are James Garfield, William McKinley, and John F. Kennedy. Booth used a single-shot .44 caliber Deringer which he fired into the back of Lincoln’s head at point-blank range.

Read the fascinating history of this dark skill in How to Kill: The Definitive History of the Assassin at Amazon.com! 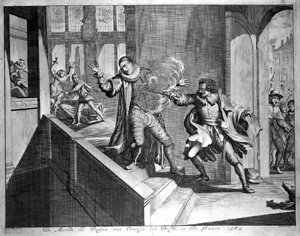 Killed Prince William I of Orange, Count of Nassau (also known as William the Silent) on July 10, 1584. William was prominent in the Dutch fight for independence from the Spanish crown in the Netherlands. He was directly involved (either financially or as a leader) in the battles that began the Eighty Years’ War. Gerard, a Catholic Frenchman and supporter of Phillip II believed William had betrayed both the Spanish king and the Catholic religion. Gerard shot William in the chest at close range at William’s home in Delft. Many historians believe William of Orange to be the first world head of state to be assassinated through use of a handgun. 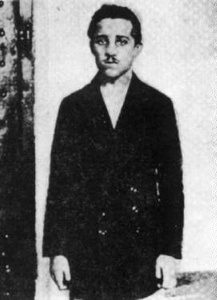 Called “the shot heard round the world”, the death of Archduke Franz Ferdinand of Austria at the hands of Princip sparked the outbreak of World War I. The political goal of the killing was to splinter southern provinces from Austria to form a separate country (Greater Serbia or Yugoslavia). Anywhere from six to twenty-two (depending on which account you read) conspirators lined the route of Ferdinand’s motorcade armed with pistols and hand grenades. Despite one car in the motorcade being blown up, Ferdinand made it through unharmed. While trying to leave the city, Ferdinand’s driver apparently made a wrong turn and unknowingly drove into Princip’s line of fire. Princip fired into the car twice, striking and ultimately killing Ferdinand and his wife, Sophie. Princip’s weapon of choice was a 7.65 x 17 mm Fabrique Nationale semi-automatic. 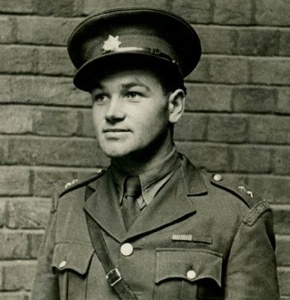 Reinhard Tristan Eugen Heydrich was the head of the German Reichssicherheitshauptamt (RSHA), or German secret police, during World War II. The more well known Gestapo was a division of the RSHA. On September 27, 1941, Heydrich was appointed military governor of the Protectorate of Bohemia and Morovia (Czechoslovakia). Heydrich’s brutality and cruelty to the Czech people and Jews in general earned him the nicknames Butcher of Prague, Blond Beast, and Hangman. Heydrich was so successful in the pacification of the Czech lands that Hitler considered making him governor of Paris. When British intelligence heard this, it was decided that Heydrich had to be eliminated at all costs. Thus was born Operation Anthropoid Kubis and Gabcik were Czechslovakian soldiers who had fled the country early in 1941. After being trained by the British they parachuted in near Prague and set up an ambush for Heydrich as he was driven to Prague Castle on May 27, 1942. After Gabcik’s gun jammed, Kubis threw a modified anti-tank grenade at Heydrich’s car, spraying Heydrich with shrapnel from the seat of the car. Heydrich died eleven days later from septicemia, probably from horsehair used in the upholstery. This was the only successful Allied assassination of a leading Nazi figure during WWII. 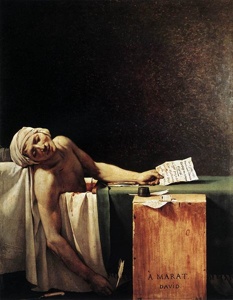 Assassinated Jean-Paul Marat on July 13, 1793. Marat was a key figure in the French Revolution and was held up as a martyr for his cause following his death. He attained almost quasi-sainthood and busts of him actually replaced crucifixes in many churches in Paris. His support of the September Massacres and hand in starting The Reign of Terror tarnished his reputation and he was seen as something of a revolutionary monster in the Second Empire. For her part, Corday was generally reviled for murdering Marat, although during the Second Empire she was seen as a heroine of France. Marat suffered from an unknown skin disease (possibly dermatitis herpetiformis) from which the only relief he found was sitting in a cold bath. He spent the last three years of his life conducting the majority of his business from his bathtub. After gaining entrance to see Marat (while in his bath) under the auspices of informing on a planned Girondist uprising, Corday stabbed Marat in the chest with a recently purchased dinner knife piercing his lung, aorta, and left ventricle. I included Corday on this list because of the historical importance of the French Revolution and because she was the only female assassin I found in my research. 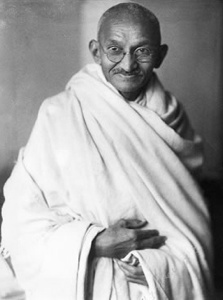 Assassinated Mahatma Gandhi on January 30, 1948. Gandhi’s actual name was Mohandas Karamchand Gandhi, Mahatma is an Indian honorific similar to “Your Excellency”. Godse was a member of the Hindu Mahasabha, a Hindu nationalist organization opposed to the Muslim League and the secular Indian National Congress. The reason for the assassination is generally attributed to Gandhi’s support of the Partition of India and weakening of India by insisting upon a payment to Pakistan. Godse believed Gandhi was sacrificing Hindu interests in an effort to appease minority groups, ie Muslims. Godse killed Gandhi during his nightly public walk on the grounds of the Birla House in New Dehli. Godse approached Gandhi, bowed to him, then shot him three times at close range with a Beretta semi-automatic pistol. 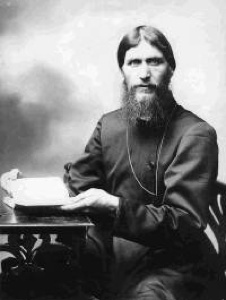 Perhaps the most interesting, or bizarre at the very least, assassination in history. On December 16, 1916 a group of nobles lead by Prince Felix Yusupov and Grand Duke Dmitri Pavlovich assassinated Grigori Rasputin. According to legend, Rasputin was poisoned, shot, clubbed, and ultimately thrown into an icy river where he finally succumbed to death. The conspirators, having decided that Rasputin’s influence over Tsaritsa Alexandra (wife of Tsar Nicholas II) was too dangerous a threat to the empire, first poisoned Rasputin with “enough cyanide to kill seven men”. When unaffected by the poison, Yusupov shot Rasputin in the back with a revolver. Yusupov then left the body to consult with the others. When they returned to the body, Rasputin grabbed Yusupov by the throat and whispered, “You bad boy” into his ear before hurling him across the room and running out. As he ran out, he was shot three more times. The group followed him out and found him still struggling to carry on. They then clubbed him into submission, wrapped him in a sheet, and threw him into the Neva River. Three days later, the body was pulled from the river and autopsied. The cause of death was found to be hypothermia and his arms were found in an upright position as if he had tried to claw his way threw the ice. It should be noted that Rasputin had survived a previous attempt on his life. On June 14, 1914, Khionia Guseva stabbed Rasputin in the abdomen, and his entrails hung out in what seemed a mortal would. Rasputin recovered after intensive surgery and it was said of his survival that “the soul of this cursed muzhik was sown on his body.” 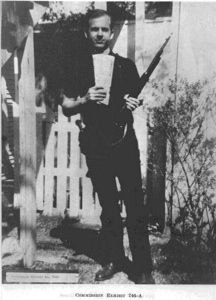 Perhaps the most debated and controversial of all assassinations is Oswald’s November 22, 1963 murder of American president John F. Kennedy. An avowed Marxist, Oswald was a former marine who emigrated to the Soviet Union in October of 1959. He later returned to the United States in 1962, finding life in the Soviet Union to be less than the idyllic existence he expected. After drifting through numerous jobs (and one failed assassination attempt upon General Edwin Walker), Oswald ended up in the Dallas/Ft. Worth area where he killed Kennedy. Oswald shot Kennedy from a sixth floor window of the Texas Schoolbook Depository (where Oswald worked) as the president’s motorcade passed through Dealey Plaza in Dallas, TX. Oswald used a Mannlicher-Caracano rifle purchased via mail order earlier that year. I counted ten separate theories surrounding the Kennedy assassination, including KGB, CIA, and Mafia involvement, multiple gunmen, and imposters for both Oswald and Kennedy.

Experience the harrowing 48 hours immediately after the Kennedy assassination with the riveting Lee Harvey Oswald: 48 Hours to Live at Amazon.com! 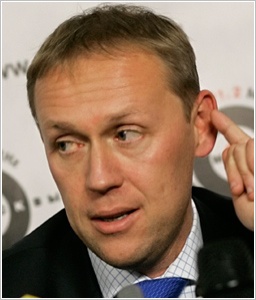 Lugovoi is the man believed to have poisoned Alexander Valterovick Litvinenko with polonium-210 on November 1, 2006. This is notable because Litvinenko is the first known victim of induced acute radiation syndrome or radiation poisoning, the first “nuclear assassination”. Litvinenko is thought to have been poisoned while having tea with Lugovoi and Dmitiri Kovtun. Litvinenko was a harsh critic of the Russian government and Russian president Vladimir Putin, and was currently investigating the death of Anna Politkovskaya, a Russian journalist known for her opposition to the Putin administration who was found murdered in 2006. 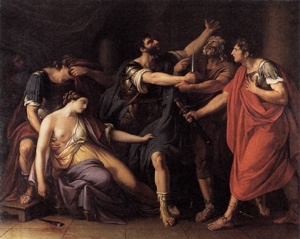 In my opinion, the most famous assassination in history. Brutus, and as many as sixty or more men, stabbed Gaius Julius Caesar to death on March 15, 44 BC, the “Ides of March”. Caesar was the military dictator of Rome beginning about 50 BC, but his relationship with the Roman Senate was contentious, to say the least. Brutus, a friend of Julius, but a Senator first conspired with other Senators to kill Caesar as they feared his growing power would make the Senate obsolete. Supposedly, Caesar’s last words as he lay dying on the steps of the Forum were, “Et tu, Brute?” which roughly translates as “You too, Brutus?”

Notable Extras: Carlos the Jackal (not really an assassin, mostly did hijackings), Abu Nidal (terrorist), Guy Fawkes (failed attempt), and James Earl Ray (probably should be on the list, but I didn’t want to get too Americanized.)