WARNING: This article contains graphic photographs of dead bodies. In recent decades many groups have released photos of famous leaders to prove that they are indeed dead. This list includes some of those as well as famous celebrity photos. This list is not for the faint of heart. Click images for a larger view. 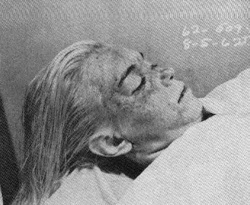 Monroe was found dead by her housekeeper on August 5, 1962. Her death was ruled as an overdose of sleeping pills. Questions remain about the circumstances and timeline of housekeeper Eunice Murray’s discovery of Monroe’s body. Also, some conspiracy theories involve John and Robert Kennedy. The official cause of her death was “probable suicide”.

Get an everyday view of the blonde-haired beauty with a Marilyn Monroe Canvas at Amazon.com! 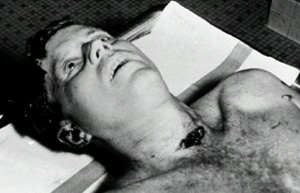 President Kennedy was assassinated in Dallas, Texas at 12:30pm Central Standard Time on November 22, 1963, while on a political trip through Texas. He was pronounced dead at 1:00pm. Lee Harvey Oswald was arrested, in a theatre about 80 minutes after the assassination and was charged by Dallas police for the murder of Dallas policeman J.D. Tippit, before eventually being charged for the murder of Kennedy. 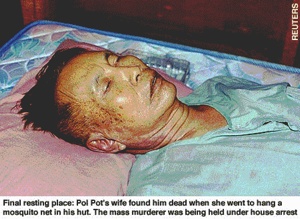 On the night of April 15, 1998 the Voice of America, of which Pol Pot was a devoted listener, announced that the Khmer Rouge had agreed to turn him over to an international tribunal. According to his wife, he died in his bed later in the night while waiting to be moved to another location. Ta Mok claimed that his death was due to heart failure. 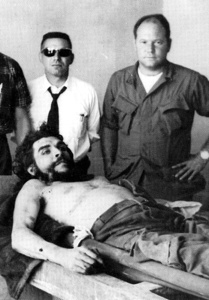 After capture in Bolivia, Guevara was taken to a dilapidated schoolhouse in the nearby village of La Higuera where he was held overnight. Early the next afternoon he was executed. The executioner was Mario Terán, a Sergeant in the Bolivian army who had drawn a short straw after arguments over who got the honour of killing Guevara broke out among the soldiers. 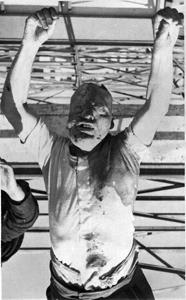 On 28 April, Mussolini and his mistress were both shot, along with most of the members of their fifteen-man train, primarily ministers and officials of the Italian Social Republic. The shootings took place in the small village of Giulino di Mezzegra.

Halloween is the perfect night to dress up as the dead. Check out the Hollywood Makeup Center at Amazon.com! 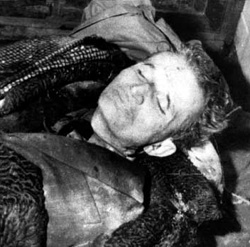 On December 25, Ceausescu and his wife were condemned to death by a military court on charges ranging from illegal gathering of wealth to genocide, and were executed in Târgovi?te, Romania. Before they were shot dead, Ceau?escu sang part of “The Internationale” and proclaimed that history would judge him well. His wife was screaming at everyone to go to hell. 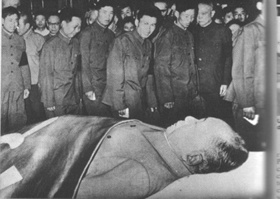 Mao Tse-Tung was a Chinese military and political leader, who led the Communist Party of China (CPC) to victory against the Kuomintang (KMT) in the Chinese Civil War, and was the leader of the People’s Republic of China (PRC) from its establishment in 1949 until his death in 1976. Under his leadership, China suffered the Cultural Revolution, a struggle for power within the Communist Party that manifested into wide-scale social, political, and economic chaos, which grew to include large sections of Chinese society and eventually brought the entire country to the brink of civil war. There are estimates of up to 500,000 deaths as a result of Mao’s policies. 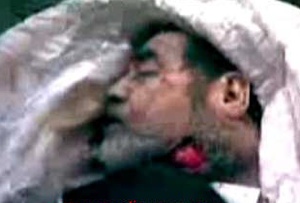 Saddam was hanged on the first day of Eid ul-Adha, December 30, 2006, despite his wish to be shot (which he felt would be more dignified). The execution was carried out at “Camp Justice,” an Iraqi army base in Kadhimiya, a neighborhood of northeast Baghdad. The execution was videotaped on a mobile phone, showing Saddam being taunted before his hanging. The video was leaked to electronic media, becoming the subject of global controversy. 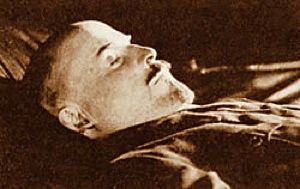 Lenin died on January 21, 1924, aged 53. Rumors of Lenin having syphilis sprang up shortly after his death. The official cause given for Lenin’s death was cerebral arteriosclerosis, or a fourth stroke. But out of the 27 physicians who treated him, only eight signed onto that conclusion in his autopsy report. Therefore, several other theories regarding his death have been put forward. 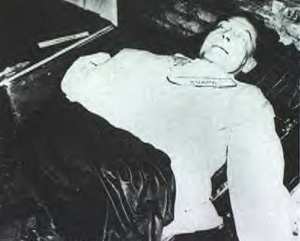 Goering (second in charge of Nazi Germany) was found guilty on four counts raised against him: of conspiracy to wage war, crimes against peace, war crimes and crimes against humanity. No mitigating circumstances were found and he was sentenced to death by hanging. He asked to be executed by firing squad – the request was refused. On 15th October 1946, two hours before his execution was due to take place, Goering committed suicide in his Nuremberg cell, taking a capsule of poison that he had succeeded in hiding during his imprisonment.