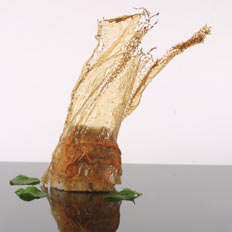 The Arzak story is rooted in tradition, but ambitious chefs and diners are drawn there by its reputation for the avant-garde, its research kitchens and experimental bent. This is the next wave of Nueva Cocina Vasca from its founders, as seen in dishes like Apples Roasted in Foie Oil, Soup of Prawns and Cactus, From the Egg to the Chicken, and The Lemon, The Sand and The Dates.

The Arzak cellars are another journey altogether. Alongside a wealth of Spanish and French wines are intriguing collections from the Golan Heights and from Porto. There’s a Champagne and sparkling wine room as well as a cigar room with smokes from Cuba, Mexico and the Canary Islands.

Seal-flipper pie, scorpions, and shark-fin soup are delicacies. Read all about them in Acquired Tastes: On the Trail of the World’s Most Sought-After Delicacies at Amazon.com!

9. Per Se United States of AmericaWebsite 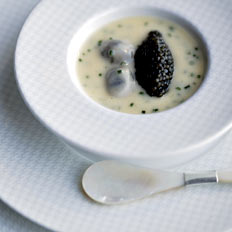 Though superstar chef Thomas Keller started off his stellar career in the Big Apple at acclaimed restaurants La Reserve, Restaurant Raphael and Rakel, it was at The French Laundry on the Californian coast that he hit his stride and came to be seen as the US’ greatest chef. In 2004, Keller returned to New York to open Per Se. Renowned designer Adam Tihany makes the most of the setting where you’ll find a version of the famous blue door – fashioned after the French Laundry’s own, an elegant fireplace and a field-stone interior in a crisp, urban environment, with excellent views of the park and just 15 coveted tables.

There are two menus only, both nine courses, a chef’s tasting and a vegetable tasting menu. Classics from the French Laundry, such as the famed Oysters and Pearls and the Salmon Tartare, are there, but the daily-changing menu also includes perfect examples of the Per Se style, complete with some of Keller’s signature dishes – “Schnitzel Holstein” Pan Roast “Ris de Veau”, and Sunny-Side Up Quail Egg”. 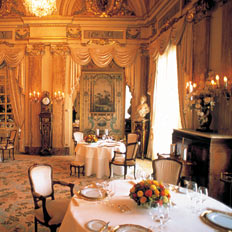 The setting, however, is sheer extravagance. The dining room, decorated in the style of 17th Century Versailles, sparkles with gold and mirrors, mixed with the bright light flooding in through French windows. For the lucky few, there’s the magnificent Aquarium, a smaller dining room in the heart of the kitchen where six video screens stream in the action. 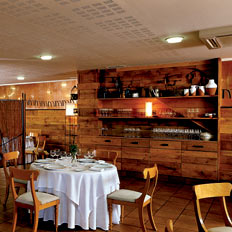 Chef Andoni Luis Aduriz doesn’t offer the headline-grabbing fireworks of most fashion-forward and playful modern Spanish cuisine, but is nevertheless setting the agenda for the next generation of chefs. A subtle, intellectual and harmonious cuisine – one that divides opinion – is delivered in a pastoral environment (a former cider bar) in the hills outside San Sebastian in the Basque country.

Vegetable cookery is stellar as evinced by Vegetables, Oven-roasted and Raw, Sprouts and Greens, Wild and Cultivated, Seasoned with Browned Butter and Dusted with Seeds and Petals, Emmental Cheese. Foie Gras is another speciality – Aduriz worked with the University of Granada’s liver transplant unit to better understand the DNA of duck livers. He is said to discard some 70 per cent of what he buys, serving only the finest lobes, cooked in a multi-stage process of searing, roasting, smoking and resting. 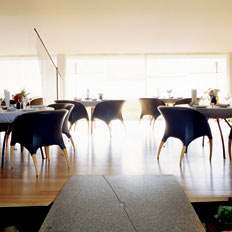 The stark landscape of the Aubrac, home to Michel Bras’ restaurant is characterised by dense forests and miles of pasture where the region’s famous Aubrac cattle graze. But on the crest of Le Puech du Suquet, the landscape is broken up by a commanding vision in glass and steel: Restaurant Bras, housed since 1992 in a thrillingly futuristic design by architect Eric Raffy.

Rustic local speciality, Aligot, an ultra rich, elastic purée of potatoes and Laguiole cheese, is always on the menu, and is to this day made by Bras’ mother. Menus are printed twice daily and change throughout the six months (April to October) when the Aubrac’s forests, pastures, and meadows are at their most fecund.

You can’t find this in a restaurant, so fire up your grill for some Canned Unicorn Meat at Amazon.com! 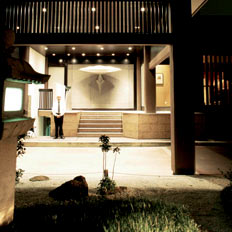 Tetsuya’s Restaurant is regarded as one of the finest restaurants in the world – Tetsuya Wakuda is the chef of this internationally-acclaimed restaurant in Sydney, Australia, housed in the former Seagram’s building. Tetsuya’s cuisine is based on Australian, Japanese and global sensibilities, and makes use of Australia’s bountiful ingredients including Tasmanian Sea Trout, which forms his signature dish. They have a ten-course degustation menu which costs AUD $195 (GST inclusive) per person, plus drinks or you can choose to have a wine course for AUD $90 (GST inclusive). 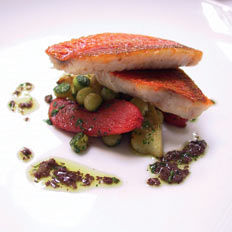 Tasting menus consist of between five and eleven dishes, often with some optional courses (for example white truffles, foie gras or Wagyu beef or black truffles) for about $30 to $100 more – a “supplement.” Unadvertised, but available by arrangement, is a special tasting menu with approximately twenty courses at about $400. Thomas Keller’s per se in New York shares a similar menu and pricing structure. 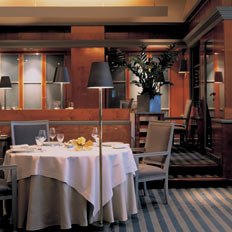 Pierre Gagnaire is a well known French chef, and is the Head Chef and owner of the eponymous Pierre Gagnaire restaurant at 6 rue Balzac in Paris. Gagnaire is an iconoclastic chef who was at the forefront of the fusion movement. Beginning his career in St. Etienne, where he won 3 Michelin Stars, Gagnaire tore at the conventions of classic French cooking by introducing jarring juxtapositions of flavors, tastes, textures and ingredients. His influence on cooking has been worldwide.

The restaurant is considered one of the finest in France, specializing in ‘Modern French’ cuisine. Gagnaire is also Head Chef of Sketch in London. In 2005, both restaurants were ranked in the top 20 in the world by industry magazine Restaurant, with Pierre Gagnaire was ranking third in 2006 and 2007. 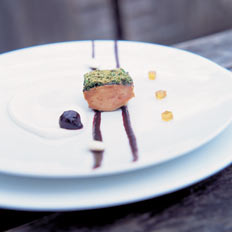 The Fat Duck is a restaurant run by chef Heston Blumenthal in Bray, Berkshire, England. In 2005 it was named as the best restaurant in the world by Restaurant magazine, and it came second in 2004, 2006 and 2007. Unlike most of the top ranked restaurants, which are located in exclusive districts of major cities, The Fat Duck is to be found in a modest cottage style house in a country village.

Blumenthal adheres to the principles of molecular gastronomy, according to which the quality of the diner’s experience can be enhanced considerably when the physical and chemical processes that take place in cooking are understood. This approach to studying and designing food at The Fat Duck results in the discovery of unconventional and often bizarre-sounding dishes. For example, the restaurant’s tasting menu, a tour of Blumenthal’s signature creations, features “snail porridge”, “sardine on toast sorbet”, and “salmon poached with liquorice”. 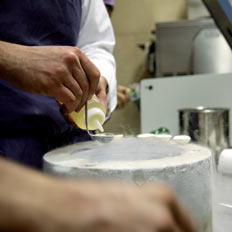 El Bulli is a three-Michelin star restaurant run by chef Ferran Adrià in Roses on the Costa Brava in Catalonia, Spain. The small restaurant overlooks the Cala Monjoi bay, and has been described as “the most imaginative generator of haute cuisine on the planet”, with a great deal of work done on molecular gastronomy. Restaurant Magazine has judged El Bulli the best restaurant in the world on three occasions – in 2002, 2006 and, most recently, in 2007 (a record).

The restaurant has a limited season from April to September; bookings are taken on a single day in the previous October. It accommodates only 8,000 diners a season, with 800,000 people calling to try and book places – around 400 requests for every table. The average cost of a meal is €250; the restaurant itself has operated at a loss since 2000, with operating profit coming from El Bulli-related books, and lectures from Adrià.