Until quite recent history, the writing of the Ancient Egyptians was a secret to man. Eventually, with the help of the Rosetta stone, Jean-François Champollion was able to solve the ancient mystery. Since that time, there have been many other attempts to decipher ancient languages, or to crack codes that have been made for fun or fortune. This is a list of the ten most famous ciphers and writing systems that are still unsolved.

The D’Agapeyeff cipher is an as-yet unbroken cipher that appears in the first edition of Codes and Ciphers, an elementary book on cryptography published by the Russian-born English cartographer Alexander D’Agapeyeff in 1939. Offered as a “challenge cipher” at the end of the book, it was not included in later editions, and D’Agapeyeff is said to have admitted later to having forgotten how he had encrypted it. It has been argued that the failure of all attempts at decryption is due to D’Agapeyeff incorrectly encrypting the original text. However, it has been argued that the cipher may still be successfully attacked using computational methods such as genetic algorithms.

Watch the amazing code-breaking genius in the 2006 film The Da Vinci Code at Amazon.com! 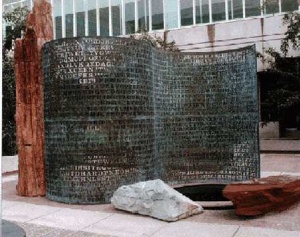 Kryptos is a sculpture by American artist James Sanborn located on the grounds of the Central Intelligence Agency (CIA) in Langley, Virginia, in the United States. Since its dedication on November 3, 1990, there has been much speculation about the meaning of the encrypted messages it bears. It continues to provide a diversion for employees of the CIA and other cryptanalysts attempting to decrypt the messages. The ciphertext on one half of the main sculpture contains 869 characters in total, however Sanborn released information in April of 2006 stating that an intended letter on the main half of Kryptos was missing. This would bring the total number of characters to 870 on the main portion. The other half of the sculpture comprises a Vigenère encryption tableau, comprised of 869 characters, if spaces are counted. The first person to publicly announce solving the first three sections, in 1999, was James Gillogly, a computer scientist from southern California, who deciphered 768 of the characters. The portion that he couldn’t solve, the remaining 97 or 98 characters, is the same part which has stumped the government’s own cryptanalysts. 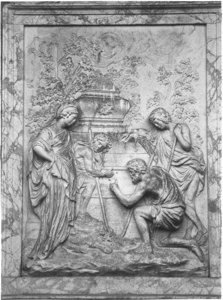 The Shepherd’s Monument at Shugborough Hall carries a relief (pictured above) that shows a woman watching three shepherds pointing to a tomb. On the tomb is depicted the Latin text “Et in arcadia ego” (“I am also in Arcadia” or “I am even in Arcadia”). The relief is based on a painting by the French artist Nicholas Poussin, known itself as Et in Arcadia ego, but the relief has a number of modifications — most noticeably that it is reversed horizontally. Another difference is a change in which letter of the tomb a shepherd is pointing at. In the painting the letter R in ARCADIA is being pointed to. The finger in the sculpture is broken, but was pointing to the N in IN. The sculpture also adds an extra sarcophagus to the scene, placed on top of the one with the Latin phrase. Below the image of the monument are the following letters:

For adherents of the modern Grail-conspiracy legend, the inscription is alleged to hold a clue to the location of the Holy Grail. Following the claims in the book The Holy Blood and the Holy Grail that Poussin was a member of the Priory of Sion and that the painting contains a message about the location of the grail, it has been speculated that the inscription may encode secrets related to the Priory. 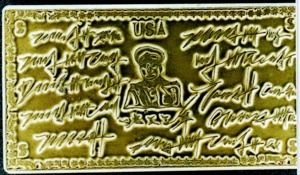 In 1933, seven gold bars were allegedly issued to a General Wang in Shanghai, China. These gold bars appear to represent metal certificates related to a bank deposit with a U.S. Bank. The gold bars themselves have pictures, Chinese writing, some form of script writing, and cryptograms in latin letters. Not surprisingly, there is a dispute concerning the validity of the claim for the deposit. It may help to resolve the dispute if someone can decipher the cryptograms on the bars. Nobody has yet put for the a theory as to their meaning. The Chinese writing has been translated, and discusses a transaction in excess of $300,000,000. It also refers to these gold bars which weigh a total of 1.8 kilograms. You can see the cryptograms here if you want to have a go at cracking the code. 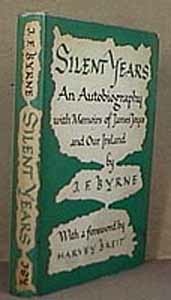 John F. Byrne invented Chaocipher in 1918 and tried unsuccessfully for almost 40 years to interest the U.S. government in his cipher system. He offered a reward to anyone who could break his cipher but the reward was never claimed. In 1989, John Byrne, son of John F. Byrne, demonstrated Chaocipher to two Cryptologia editors to determine if it had any commercial value. After making some improvements and providing additional information they jointly issue a new challenge to would-be solvers. In his autobiography, Silent Years, John F. Byrne, a lifelong friend of James Joyce, devoted the last chapter to Chaocipher which he had invented in 1918. Byrne described his attempts starting in 1920 to interest the State, War, and Navy Departments in his indecipherable cipher and his frustration with the disinterest shown by William F. Friedman and other cryptanalytic experts after he had demonstrated his machine.

Probably Elgar’s most popular work is his ‘Enigma’ Variations which, apart from its undoubted musical merit, still tantalises the musical detectives with the hidden ‘secrets’ which Elgar cleverly wove into the fabric of the score. But Elgar, who was fascinated by codes, ciphers, riddles and other forms of puzzles, has left us another mystery – the ‘Dorabella’ cipher (pictured above). One hundred and ten years ago – to be precise, on the 14 July 1897 – Elgar sent a letter to a young friend, Miss Dora Penny, the 22 year-old daughter of the Rev. Alfred Penny, Rector of St Peter’s, Wolverhampton. The unusual feature of the letter was that it was in a cipher which, a century later, still presents a challenge. There have been a couple of attempts at solving it but neither of these seem entirely satisfactory. 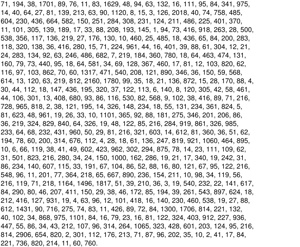 In 1885, a small pamphlet was published in Virginia containing a story and three encrypted messages. According to the pamphlet, around 1820 a man named Beale buried two wagons-full of treasure at a secret location in Bedford County, Virginia. He then left a small locked box with a local innkeeper, and left town, never to be seen again. The pamphlet went on to state that the innkeeper, after having not heard from Beale for many years, opened the box and discovered encrypted messages. Never able to read them, he eventually passed them along to a young friend shortly before the innkeeper’s death in 1863. According to the pamphlet, the friend spent the next 20 years trying to decrypt the messages, solving only one which detailed the tons of gold, silver and jewels that were buried, along with a general location. The still unsolved messages supposedly give exact directions, and a list of who the treasure belongs to. There have been many exhaustive searches for the treasure, and much effort spent on decoding the other messages, without (confirmed) success. There are many claimed solutions, usually bannered in combination with a book that someone is trying to sell, but no one has ever been able to produce a duplicatable decryption method. 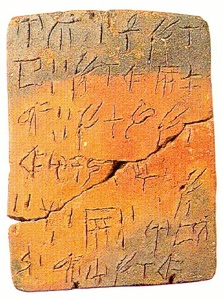 Linear A is one of two linear scripts used in ancient Crete (a third script is Cretan Hieroglyphs). They were discovered and named by Arthur Evans. Linear B was deciphered in 1952 by Michael Ventris and was used to write Mycenaean Greek. Linear A is far from being totally deciphered but it is partially understood and it may be read through Linear B values. Though the two scripts share many of the same symbols, using the syllables associated with Linear B in Linear A writings produces words that are unrelated to any known language. This language has been dubbed Minoan or Eteocretan, and corresponds to a period in Cretan history prior to a series of invasions by Mycenean Greeks around 1450 BC. It is believed that there may be some connection between Linear A and The Phaistos Disk. 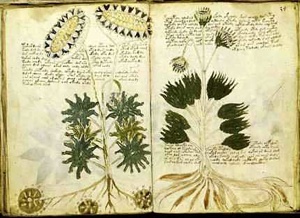 At least 400 years old, this is a 232-page illuminated manuscript entirely written in a secret script. It is filled with copious drawings of unidentified plants, herbal recipes of some sort, astrological diagrams, and many small human figures in strange plumbing-like contraptions. The script is unlike anything else in existence, but is written in a confident style, seemingly by someone who was very comfortable with it. In 2004 there were some compelling arguments which described a technique that would seemingly prove that the manuscript was a hoax, but to date, none of the described techniques have been able to replicate a single section of the Manuscript, so speculations continue. Over its recorded existence, the Voynich manuscript has been the object of intense study by many professional and amateur cryptographers, including some top American and British codebreakers of World War II fame (all of whom failed to decipher a single word). This string of failures has turned the Voynich manuscript into a famous subject of historical cryptology. 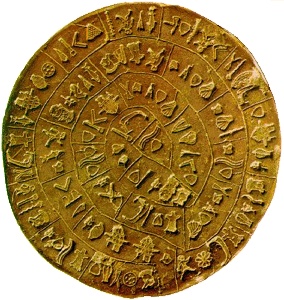 The disc of Phaistos is the most important example of hieroglyphic inscription from Crete and was discovered in 1903 in a small room near the depositories of the “archive chamber”, in the north – east apartments of the palace, together with a Linear A tablet and pottery dated to the beginning of the Neo-palatial period (1700- 1600 B.C.). Both surfaces of this clay disc are covered with hieroglyphs arranged in a spiral zone, impressed on the clay when it was damp. The signs make up groups divided from each other by vertical lines, and each of these groups should represent a word. Forty five different types of signs have been distinguished, of which a few can be identified with the hieroglyphs in use in the Proto- palatial period. Some hieroglyphic sequences recur like refrains, suggesting a religious hymn, and Pernier regards the content of the text as ritual. Others have suggested that the text is a list of soldiers, and lately it has suggested to be a document in the Hittic language in which a king discusses the erection of the Palace of Phaistos.

Notable Omissions: Zodiak Killer ciphers (some remain unsolved, but they could be of questionable authenticity).