Rhetoric is the art of persuasion through written, oral, or visual means. The idea of rhetoric has been around since the classical days. One of the greatest works on this subject which still exists from the classical period is The Orators Education, by Quintilian (if you are feeling particularly generous, I give you permission to buy me a copy from my amazon wishlist – it is on page 1 and there are 5 books.) Some of the greatest speakers and speeches from history were written by people with a great knowledge of rhetoric – for example John F Kennedy, Winston Churchill. Some of the famous tropes you have probably heard of are Irony, onomatopoeia, alliteration, and assonance. I like to think of it like this: grammar is the science of good writing; rehetoric the art. That was zeugma (item 6) by the way. This is a list of ten rhetorical tropes (figures of speech) to get you started on the road to mastery of the art. 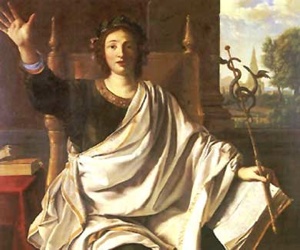 Employing many conjunctions between clauses, often slowing the tempo or rhythm.

I said, “Who killed him?” and he said, “I don’t know who killed him but he’s dead all right,” and it was dark and there was water standing in the street and no lights and windows broke and boats all up in the town and trees blown down and everything all blown and I got a skiff and went out and found my boat where I had her inside Mango Key and she was all right only she was full of water. —Ernest Hemingway, “After the Storm.”

Learn the art of persuasion with Thank You For Arguing at Amazon.com!

The opposite of polysyndeton – the omission of conjunctions between clauses – employed in a very famous quote:

Brachylogia is similar to this though it omits conjunctions between single words to give a hurried feel: “John! Rise, eat, leave!”

I love this one because you can have a lot of fun with it. This is the reversal of words based upon the order of time. This is something we all use often – the best example being: “Put on your shoes and socks” – obviously you must put your socks on first. This is a type of hyperbaton which is simply a reversal of word order without relation to time: “Why should their liberty than ours be more?” Shakespeare.

Th’ Antoniad, the Egyptian admiral,
With all their sixty, fly and turn the rudder. —Shakespeare, Antony and Cleopatra 3.10.2 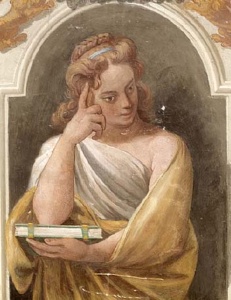 Similarity of endings of adjacent or parallel words.

A general term describing when one part of speech (most often the main verb, but sometimes a noun) governs two or more other parts of a sentence (often in a series).

Reference to something or someone by naming one of its attributes. For example, “He bought a great set of wheels” – wheels being the attribute of the actual object he bought: a car. Another example: “We await word from the crown.” The crown is an attribute of the King, and in this context is a reference to the King himself, not the crown he wears.

Deliberate understatement, especially when expressing a thought by denying its opposite. This is a form of modesty often used to gain favor with one’s audience:

It isn’t very serious. I have this tiny little tumor on the brain. —J.D. Salinger, The Catcher in the Rye

Repetition of the same word or group of words at the beginning of successive clauses, sentences, or lines. I am certain you will have heard the greatest modern example of this one:

Sir Winston was famed for his great speeches – but what few know is that he would pore over them making great use of rhetoric, and then memorize them. He managed to perform his speeches as if he were speaking from the top of his head. He is recognized as one of the greatest statesmen – and rhetoric is one of the reasons why. 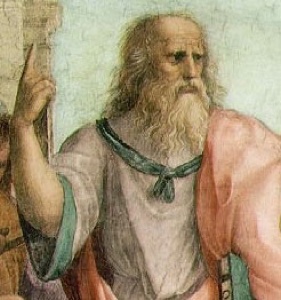 Something the press should use less often! This is the graphic peristasis (description of circumstances) intended to arouse the emotions.

Look at my children, their emaciated cheeks, their bare feet, their hunger to know something more than hunger…

This is a wonderful rhetorical trope – it is stating and drawing attention to something in the very act of pretending to pass it over. A kind of irony.

“It would be unseemly for me to dwell on Senator Kennedy’s drinking problem, and too many have already sensationalized his womanizing…”

I now challenge you to use at least one of these tropes in the comments below (in your own words, not quoted from a famous speech).