No other scientific theory annoys people like evolution. Go up to random pedestrians on the street and start talking about string theory and you’ll get ignored—do the same with evolution and you’ll eventually get punched. According to a recent Gallup poll, only fifteen percent of us believe we evolved by chance, which is less than the number of people who still think Obama is Muslim. Luckily, there are plenty of alternatives for the remaining 270 million of the population to choose from. 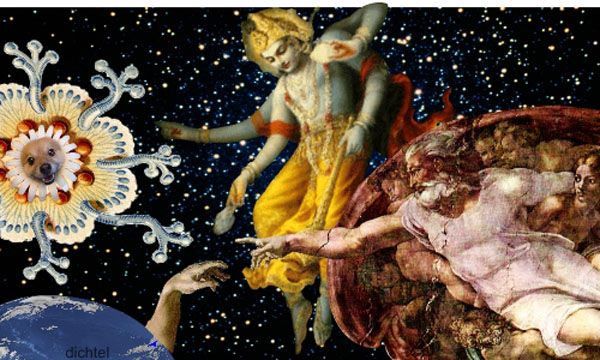 Imagine your great granddad found an iPad on his way to a speakeasy or whatever they did back then—chances are he’d recognize it as a manmade object, even if he had no idea what it was. That, in a nutshell, is intelligent design. Except your great granddad is scientists and the iPad is us. Basically, ID holds that some things are just too complex to have evolved by chance, so instead of assuming we’re just improbable sacks of meat and leaving it at that we should start looking for the celestial equivalent of Steve Jobs. Did I mention the GOP love it? Of the major candidates for the 2012 top-spot, three explicitly endorsed ID, while Mitt Romney somehow managed to agree with both ID and evolution. There are even a handful of scientists who are onboard with the theory, though they’re outnumbered by those against. 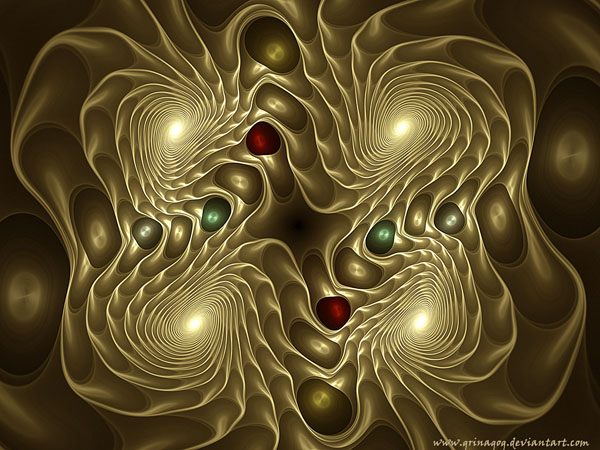 If evolution was a celebrity, Rupert Sheldrake would be its number one fan and stalky Twitter follower. While most of the world was arguing about evolution in biology, Sheldrake took one look at Origin of Species and decided to apply it to the Universe. According to his theory of Morphic Resonance, invisible fields give everything a kind of shared memory, including stars and galaxies. Instead of being set in stone, everything from how we look to fundamental laws of physics are just habits we’ve collectively slouched into, like reading popular list-based sites while we’re meant to be working. As time goes on, these habits ‘evolve’ and—before you know it—nature’s given up on dorky stuff like gravity and moved onto something cooler. Sheldrake, by the way, is a former professor of biochemistry at Cambridge University. In other words, he’s not a crank—or at the very least, he’s a crank who knows his stuff. 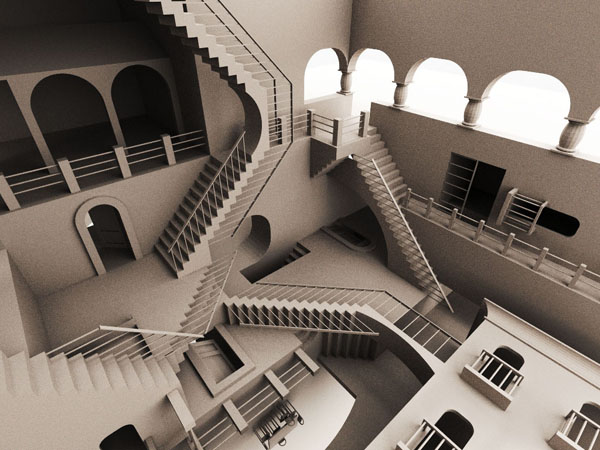 Most of us probably know Christian Science from the weirdly non-religious news outlet Christian Science Monitor. But while the CSM is generally pro-evolution, the movement it stems from has its whole own take on how we got here: we didn’t.

Christian Science is part of the New Thought movement, which states that God is everywhere and everything is divine. Christian Science took that a step further by proclaiming that nothing exists but the spirit, so everything around you—your Xbox 360, the annoying guy next door, the tablet you’re reading this on—is just an illusion. Since that includes the Earth, the fossil record and all the animals, evolution is kind of a non-argument, like wondering where those talking lions in your dream came from. 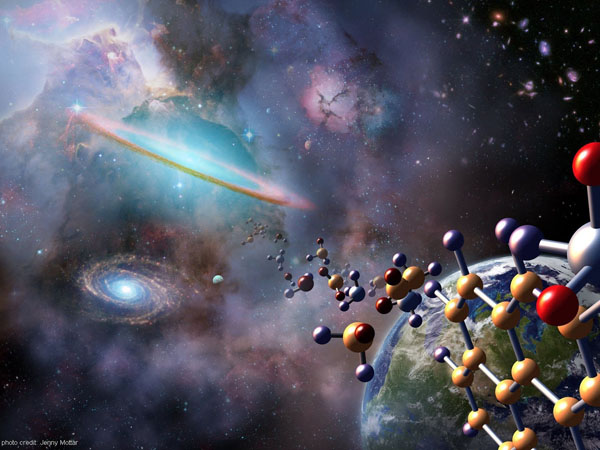 Ever since Moses sat down to write the Book of Genesis, we’ve accepted the universe had a start date. Whether it was kicked off by God or the Big Bang, most of us agree there was a point before reality as we know it existed. Not so in Cosmic Ancestry theory.

According to its supporters, the universe has always existed and life has always existed in it. Complex life—you and me and everyone reading this—formed when microbes from space landed on Earth and set about multiplying. Because these microbes carried traces of other, advanced life from elsewhere in the universe we evolved to mimic it, just as it evolved to mimic even earlier life and so on and so on. Since this universe has always existed, this has always been happening and will keep on happening forever. It almost makes sense—if you ignore the overwhelming evidence for the Big Bang and total lack of evidence for space aliens . . . not to mention the problems with infinite causal regression. 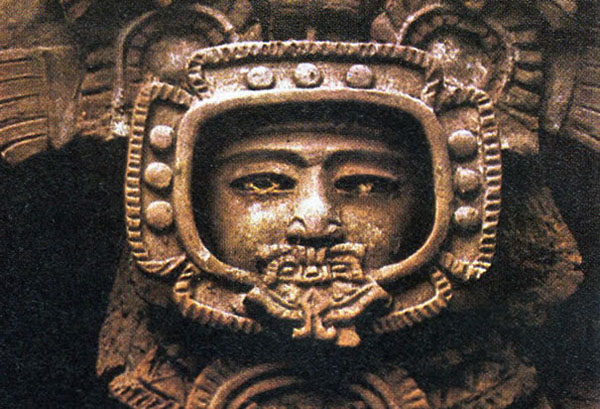 Ancient Astronaut theory is like Intelligent Design for Cosmic Ancestry: the basic elements are all there, but chance has been kicked out on its backside. If you’ve seen Prometheus you’ll know the general idea: aliens came to Earth millions of years ago and seeded it with life, either for some murky future purpose or just for giggles. Believers point to descriptions in ancient texts that sound a whole lot like flying saucers and use things like the Pyramids and Mayan calendar as evidence that aliens directed the course of human evolution. Whether or not you believe the science is one thing, but there’s no doubting that the idea is awesome. 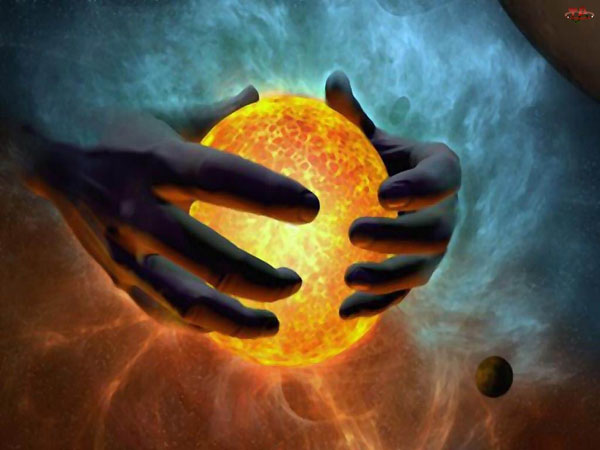 We all know the story of Genesis chapter one: God knocks up the Earth in six days then spends the seventh chilling, because even deities need me time. What you might not know is that each of these ‘days’ lasted millions of years and included a whole bunch of evolution.

It’s true: in progressive creationist thought, God slowly conjured plants and animals and so on over vast periods of time to let them get used to each other. In that time, stuff did a whole lot of evolving to grow better suited to the world, but crucially, no species took the leap and evolved into a whole new one. Basically, it’s a way of matching up the geologic record (which says the Earth is billions of years old) with creationism (which says it’s around six thousand), while maintaining our distance from apes and other animals. 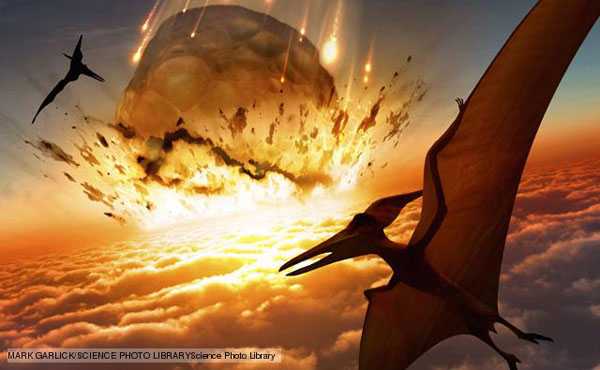 Of all the theories on this list, Punctuated Equilibrium is by far the most mainstream. First off, it’s not a totally separate theory to standard evolution—more like a fine tuning. Secondly, it has a whole host of respectable science-types who are down with it, because it helps solve a number of problems.

The trouble with the fossil record is there’s a lot missing. If evolution is a gradual process, it stands to reason there should be a huge number of transitional fossils floating around out there—but we’ve yet to find them. That could be because we haven’t uncovered them, or it could be because transitional forms rarely last very long. According to Punctuated Equilibrium this is due to evolution happening in rapid bursts, often linked to massive global changes. After staying more-or-less the same for gazillions of years, a sudden shift in environment sends a species into Darwinian overdrive. By the time things settle down some fifty thousand years later, only the ‘fittest’ have survived and it’s their evolved descendants who get to hang around for another million years and turn up in the fossil record. It’s persuasive, solves a bunch of problems and its creator even turned up on the Simpsons. What’s not to like? 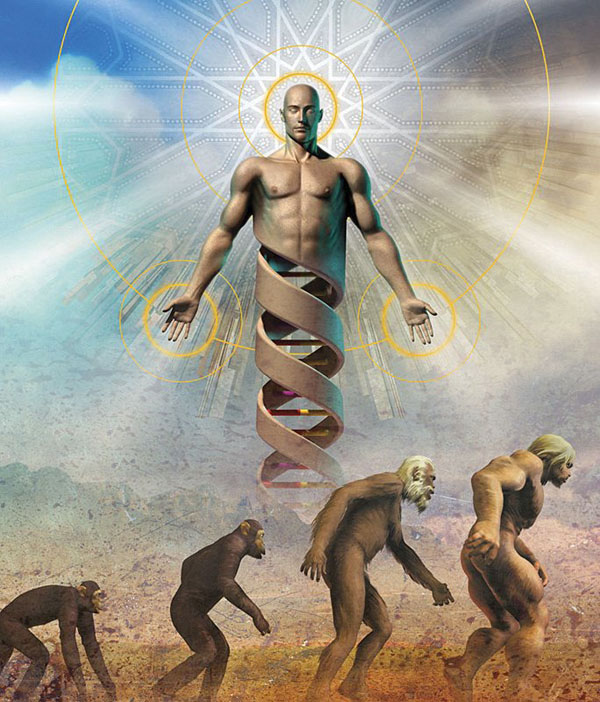 Theistic evolution is the closest science will ever come to being tag-teamed by both Darwin and God. Whereas many Christians dismiss evolution as incompatible with the Bible, believers in TE are both down with it and actively promote it as proof of God’s sheer awesomeness. The idea is still that God created the universe and everything in it, only this time he created it with science. That’s right: the Big Bang, quantum physics, the speed of light and evolution were all products of Prof. God mixing a bunch of atoms in his celestial science lab and exploding them to see what happened. It’s pretty clever when you think about it—believers don’t have to waste their time arguing about science v. religion because as far as they’re concerned there’s no difference. We might as well just get on with life and stop worrying, which is an awesome position to take. 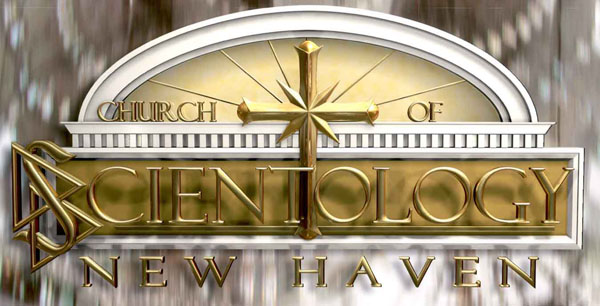 If you’ve ever watched an episode of South Park, you probably have a vague idea of what Scientology is all about. Volcanoes and thetans and John Travolta’s post-Pulp Fiction career, right?

Yep, and even more insanity besides. The movement’s defining text on evolution is L. Ron Hubbard’s ‘A History of Man’—taken literally it claims we all evolved from birds to sloths and then to apes, before spending a few thousand years as the Piltdown Man. Taken symbolically, it still argues we’re the product of an alien consciousness blown up with hydrogen bombs millions of years ago and left to drift through one animal to another until we wound up as human. Since a load of animal memories got lodged in our heads, we now experience things like indecision, jealousy and toothaches which can only be countered by undergoing rigorous and incredibly expensive treatment. 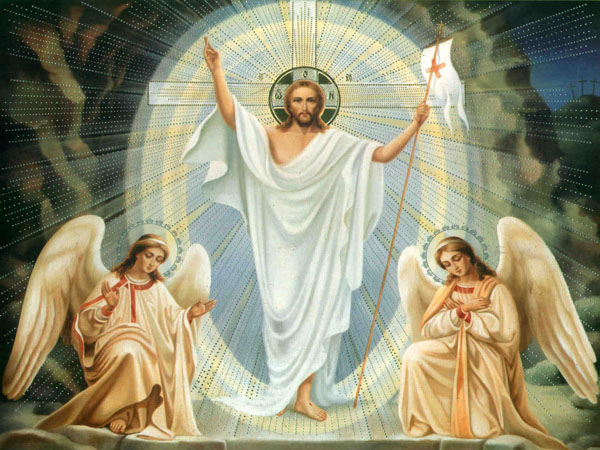 Unlike its progressive cousin at number five, Creationism holds that everything in Genesis is completely true. As in literally: God created the Earth and everything in it in six consecutive days of twenty four hours each, we’re all descended from Noah and at one point there were giants. Also, the Earth is only six thousand years old, so any geological evidence to the contrary—including the fossil record—is either baloney or planted by God just to mess with us. As a theory, Creationism is about as far from evolution as you can possibly get without just declaring outright war on Darwin—seriously, it’s so controversial even the former Archbishop of Canterbury was against teaching it. But hey, if that’s your thing, you’re not exactly alone. According to that Gallup Poll I linked to way back in the introduction, forty six percent of Americans believe in Creationism. That’s about 144 million people within driving distance.