Tonight is going to be a busy night for many people – opening the door and dishing out candy and other treats – and in some cases, hiding every time the doorbell goes. Why not add a bit of spice in to your Halloween this year with some of these clever ways to confuse trick or treaters? 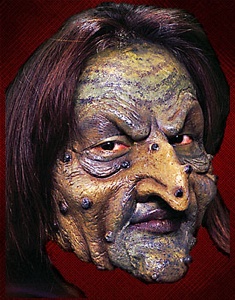 1. Give away something other than candy. (Toothpicks, golf balls, bags of sand)

2. Wait behind the door until some people come. When they get near the door, jump out, wearing a costume, and holding a bag, and yell, “Trick or Treat!” Look at them, scratch your head, and act confused.

3. Fill a briefcase with marbles and crackers. Write on it, “Top Secret” in big letters. When trick-or-treaters come, look around suspiciously, say, “It’s about time you got here,” give them the briefcase, and quickly shut the door.

4. Get about 30 people to wait in your living room. When trick-or-treaters come to the door, say, “Come in.” When they do, have everyone yell, “Surprise!!!” Act like it’s a surprise party.

5. Get everyone who comes to the door to come in and see if they can figure out what’s wrong with your dishwasher. Insist that it makes an unnatural “whirring” sound. 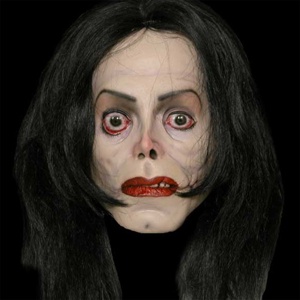 6. After you give them candy, hand the trick-or-treaters a bill.

7. Open the door dressed as a giant fish. Immediately collapse, and don’t move or say anything until the trick-or-treaters go away. When you answer the door, hold up one candy bar, throw it out into the street, and yell, “Crawl for it!”

8. When you answer the door, look at the trick-or-treaters, act shocked and scared, and start screaming your head off. Slam the door and run around the house, screaming until they go away.

10. Insist that the trick-or-treaters each do ten push-ups before you give them any candy.

11. Hand out menus to the trick-or-treaters and let them order their own candy. Keep asking if anyone wants to see the wine list.

12. Get a catapult. Sit on your porch and catapult pumpkins at anyone who comes within 50 yards of your house.

13. When people come to the door, jump out a nearby window, crashing through the glass, and run as far away from your house as you can

14. Answer the door dressed as a pilgrim. Stare at the trick-or-treaters for a moment, pretend to be confused, and start flipping through a calendar.

15. Instead of candy, give away colored eggs. If anyone protests, explain that the eggs are the only things you had left over from Easter. 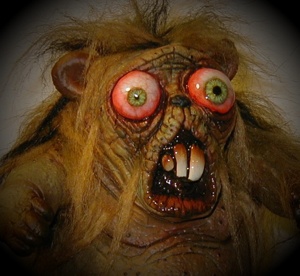 16. Answer the door dressed as a dentist. Angrily give the trick-or-treaters a two-hour lecture on tooth decay.

17. Answer the door with a mouthful of M & M’s and several half-eaten candy bars in your hands. Act surprised, and close the door. Open it again in a few seconds, and insist that you don’t have any candy.

18. Hand out cigarettes and bottles of aspirin.

19. Put a crown on a pumpkin and put the pumpkin on a throne on your porch. Insist that all of the trick-or-treaters bow before the pumpkin and adore it. This is particularly effective if you live in a Southern Baptist neighborhood.

20. Dress up like a bunny rabbit. Yell and curse from the moment you open the door, and angrily throw the candy at the trick-or-treaters. Slam the door when you’re finished.