Nothing quite celebrates the feeling of the Holiday season like an engrossing and wonderful book. Many stories have been written about Christmas and Santa Claus, but very few of those take the theme and make it into something truly special and important. Here are ten of the finest examples. Be sure to post your favorites in the comments. 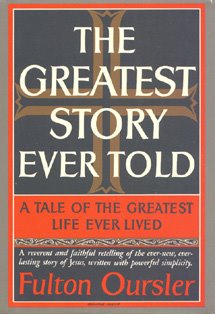 In this highly regarded 1949 account about the life of Jesus, Oursler imbued the New Testament gospels with life, embellishing them with descriptive detail, dialog and personality. The compelling fictionalized narrative remains faithful to the scriptures throughout. The author captures the essence of the compassionate, yet forceful Son of God and his mission amidst the political, religious and social turmoil of the early first century. This program’s messages are timeless and ever relevant and will have wide appeal. 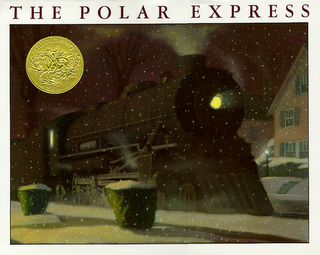 It tells the story of a young boy on Christmas Eve, patiently lying in bed. Suddenly, a magical train called the Polar Express pulls up in front of his house, and the boy is invited to journey to the North Pole. The train is filled with many other children, all dressed in their pajamas. As the train reaches the North Pole, the boy and the other children see thousands of elves gathered at the center of town to send Santa on his way. The boy is handpicked by Santa Claus to receive the first gift of Christmas. Realizing that he could choose anything in the world, the boy asks for one beautiful-sounding silver bell from Santa’s sleigh. The boy places the bell in the pocket of his robe and all the children watch as Santa takes off for his yearly delivery. Later, on the train, the boy discovers that the bell has fallen through a hole in his pocket. On Christmas morning, his sister finds a small present wrapped under the tree, behind all of the other gifts. The boy opens the box and discovers that it is the bell, delivered by Santa, who found it on the seat of his sleigh. When the boy rings the bell, both he and his sister marvel at the beautiful sound. His parents, however, are unable to hear the bell and remark that it must be broken. However, those who believe can hear it. 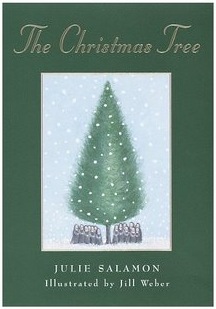 The chief gardener at Rockefeller Center dreads Christmas because one of his responsibilities is the selection of the center’s giant Christmas tree, which is not an easy job. Thus, he is thrilled one spring to have found the perfect tree so early, and foresees no problem in persuading the nuns who own the property on which the tree stands to let him have it. Then he meets Sister Anthony, who came to the convent as a young orphan and made a close friend of the Norway Spruce she calls “Tree.” 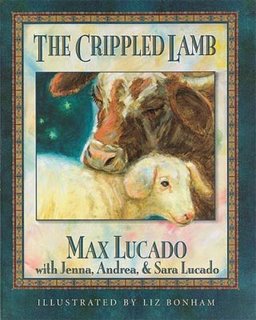 Joshua the Lamb is crippled, so the other animals leave him behind in the stable. His tears of loneliness turn to joy, however, when he realizes that because of his difference, he gets to be right there when Jesus is born! From the classic art to the surprise ending, this tender story will help all children see that God has a very special plan for their lives. 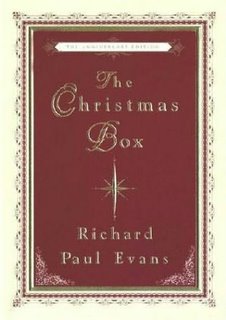 The story relates how a young couple, Richard (who narrates) and Keri, accept a position to care for a lonely widow, Mary Parkin, in her spacious Victorian mansion. As Christmas draws near, Mary becomes anxious about Richard’s obsession with success and his failure to make time for his family. She urges him to reconsider his priorities, but he is always too busy to heed her advice. It is only when Mary is on her deathbed, and her secret sorrow is revealed through the letter-laden Christmas box of the title, that Richard realizes what she has been trying to tell him. The message concerns love, of course, and the strings Evans pulls to vivify it should squeeze sobs from even the stoniest of hearts. 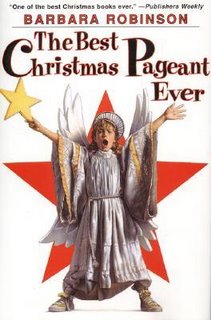 Year after year a small town puts on their re-telling of the Christmas Story from the Bible, and year after year it’s always the same. Alice Wendleken is always Mary while Elmer Hopkins, son of the minister, is always Joseph. But this year that changes. After the usual director, Ms. Helen Armstrong, breaks her leg, housewife Grace Bradley steps up to direct. This is bad news for her children, Beth and Charlie, who are always in the pageant, but never want to be, as well as her husband Bob, who puts his best effort into staying home for the pageant. But things get even worse. The Herdmans (Ralph, Imogene, Leroy, Ollie, Claude and Gladys), who are deemed the worst kids in the world, find out about the pageant after Charlie tells Leroy that it doesn’t matter if he steals his lunch because he can get refreshments at Sunday School. The Herdmans show up and get all the leading roles because no one wants to be anywhere near them. During the weeks leading up to the show all of the rehearsals are a disaster. And just as it looks like the pageant would be terrible as well, the Herdmans seem to pull their act together to turn it into the Best Christmas Pageant Ever. 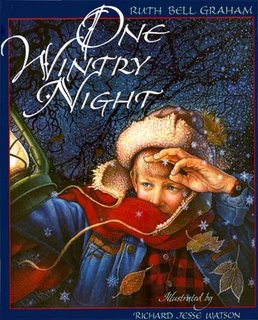 In a complex, lengthy picture book for older readers, an injured mountain boy, caught in a snowstorm at Christmastime, is taken in by a woman who lives in a log home the boy’s grandfather helped build years before. After the snowbound pair become acquainted and the grandfather is notified of the boy’s whereabouts, the woman launches into a telling of the Christmas story–beginning with the Creation and ending with the Resurrection. The setup seems awkward, but once the main story gets under way, things become more believable. Watson’s artwork is unusually arresting, offering plenty of visual subtext to support the ambitious undertaking, which is actually a condensed retelling of the entire Bible. The double-spread Nativity scene truly commands attention, particularly the striking face of the young girl Anna, who has come to see the Christ child. 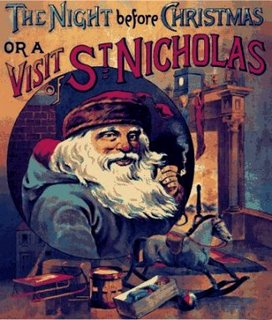 The poem, ‘A Visit From St. Nickolas’ (also known as ‘The Night Before Christmas’, and ‘Twas The Night Before Christmas’ (from its first line), first published in 1823, is largely responsible for the contemporary American conception of Santa Claus, including his physical appearance, the night of his visit, his mode of transportation, the number and first-ever printing of the names of his reindeer, and his delivery of toys to children. 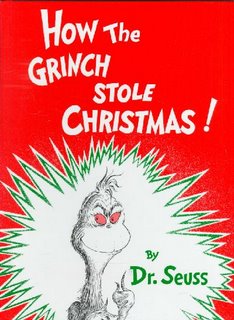 The Grinch, whose heart is two sizes too small, hates Who-ville’s holiday celebrations, and plans to steal all the presents to prevent Christmas from coming. To his amazement, Christmas comes anyway, and the Grinch discovers the true meaning of the holiday. 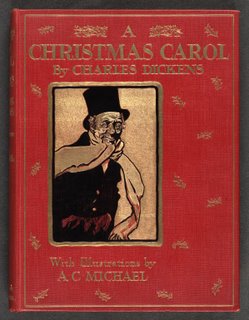 A Christmas Carol is a Victorian morality tale of an old and bitter miser, Ebenezer Scrooge, who undergoes a profound experience of redemption over the course of one evening. Mr Scrooge is a financier/money-changer, who has devoted his life to the accumulation of wealth. He holds anything other than money in contempt, including friendship, love and the Christmas season. In keeping with the musical analogy of the title, A Christmas Carol, Dickens divides his literary work into five “staves” instead of chapters. This is a little joke Dickens has carried out throughout the story, it adds humour to the story and links in, because a stave is something you will find in a piece of music, and a “carol” is a type of music/song.