J-Horror is a term used to refer to Japanese contributions to horror fiction in popular culture. J-Horror is noted for its unique thematic and conventional treatment of the horror genre in light of western treatments. J-Horror tends to focus on psychological horror and tension building (anticipation), particularly involving ghosts and poltergeists, while many contain themes of folk religion. Here are the top 10 J-Horror movies that make us scream like little school girls. 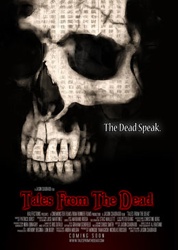 The film is an anthology of four ghost stories as told by Tamika, a strange young girl with the ability to communicate with the dead. Each tale deals with loss, pain and vengeance as the spirits who tell them attempt to put things right in the world of the living. The film is notable for being a J-Horror film shot entirely in Los Angeles, in Japanese with local Japanese talent. 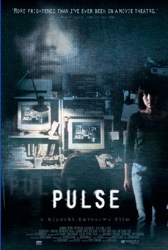 After one of their friends commits suicide, strange things begin happening to a group of young Tokyo residents. One of them sees visions of his dead friend in the shadows on the wall, while another’s computer keeps showing strange, ghostly images. 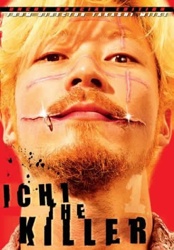 A Yakuza boss, Anjo, disappears with three hundred million yen. His loyal gang members, led by the masochist Kakihara, start a search, but their aggressive and gory methods worry the other Yakuza gangs. Kakihara’s most frightening counterpart is the mysterious Ichi, a psychopathic killer with a dark childhood secret, who is controlled by a retired cop. 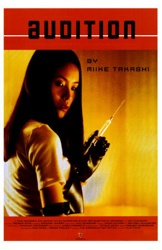 A lonely Japanese widower whose son is planning to move out of the house soon expresses his sadness to a friend and fellow film producer, who becomes inspired to hold an audition for a non-existent film so that the widower can select a new potential bride from the resulting audition pool. The widower ultimately becomes enamored with and fascinated by one particular young woman, but his first impressions become wrong. 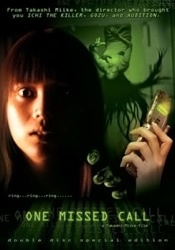 In Japan, people mysteriously start receiving voicemail messages from their future selves, in the form of the sound of them reacting to their own violent deaths, along with the exact date and time of their future death, listed on the message log. The plot thickens as the surviving characters pursue the answers to this mystery which could save their lives. 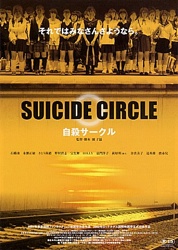 In Tokyo, when fifty-four high-school students commit a collective suicide, jumping from a platform in Shinjuku Station, the police force led by Detective Kuroda have no clue to follow. Then he receives an e-mail from a young woman, The Bat, advising that there is a site where red dots mean the number of persons that died. Kuroda and his team investigate the deaths going nowhere. 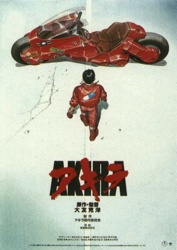 Although it is not technically a J-Horror film, Akira is notable scary movie. Kaneda is a bike gang leader whose close friend, Tetsuo, gets involved in a government secret project known as Akira. On his way to save Tetsuo, Kaneda runs into a group of anti-government activists, greedy politicians, irresponsible scientists and a powerful military leader. The confrontation sparks off Tetsuo’s supernatural power leading to bloody death, a coup attempt and the final battle in Tokyo Olympiad where Akira’s secrets were buried 30 years ago. 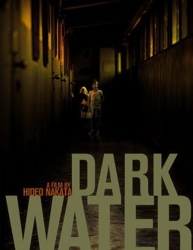 After winning a custody battle for her daughter, Yoshimi tries to make a new start. The apartment she moves into seems perfect at first. Soon though, strange things begin happening. Huge water stains appear on the ceiling and drip constantly, more liquid oozing into the rooms every day. She calls the landlord in but he refuses to do anything about it. A child’s red bag shows up in odd places and soon the child herself starts appearing. Yoshimi then discovers the origin of the ghost. 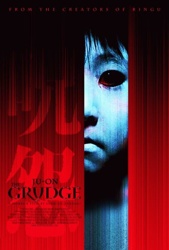 In Japan, when the volunteer social assistant Rika Nishina is assigned to visit a family, she is cursed and chased by two revengeful fiends: Kayako, a woman brutally murdered by her husband and her son Toshio. The various supernatural experiences undergone by the different owners of the house, unaware of the horrible events that have taken place here, mingle across time, and the true form of the terrifying, invisible “Ju-On” that nests in this house becomes clear.

After the death of her cousin Tomoko, reporter Reiko hears stories of a videotape that kills everyone who sees it exactly one week after viewing. At first she discounts the rumors, but when she learns that Tomoko’s friend (who watched the video with her) died at exactly the same time, she begins to investigate. After viewing the tape herself, strange things start happening, and so she teams up with her ex-husband, Ryuji, to try to stop the death clock that has once again begun ticking. Reiko and Ryuji race to save their lives from impending doom and discover what the tape has to do with a tragedy-stricken volcanic island and a very strange little girl named Sadako.

10 Sci-Fi Short Films That Will Give You The Creeps