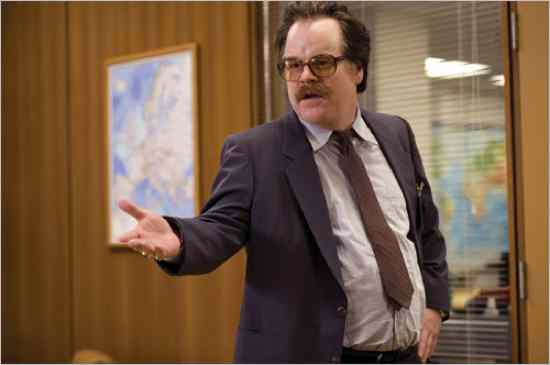 Dan Mahowny is modeled on the real-life Brian Molony, who stole $10 million from the Canadian bank at which he worked to fund his gambling addiction. The film’s Mahowny is entrusted with access to multi-million dollar accounts, which he steals from to fund regular gambling expeditions to Atlantic City. Treated like a celebrity by casino owner Victor Foss (John Hurt), Mahowny’s actions become increasingly reckless as his employers and girlfriend Belinda (Minnie Driver) come ever closer to discovering his secret. 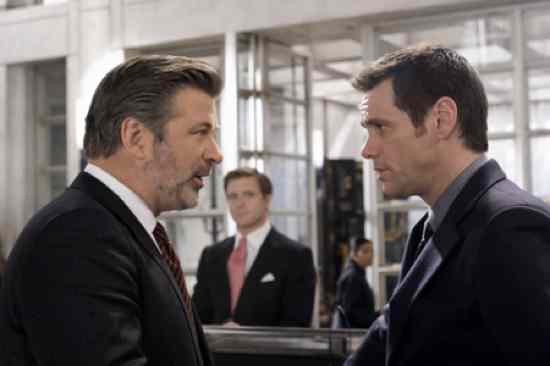 Both 1997’s original Fun with Dick and Jane, and the 2005 remake, depict upper-middle-class couples whose desire to maintain their lifestyles in difficult financial circumstances drives them to madcap crime sprees. The remake saw the titular couple lose their jobs at the Globodyne corporation, as its share value goes into meltdown, parodying the real-life collapse of Enron. The film version manages to find a happy ending, with Dick and Jane tricking Jack McCallister (Alec Baldwin), the unscrupulous CEO responsible for the company’s collapse, into signing a cheque that reimburses the pension funds of all the former Globodyne employees. It’s a shame real-life white collar criminals aren’t this easily duped. 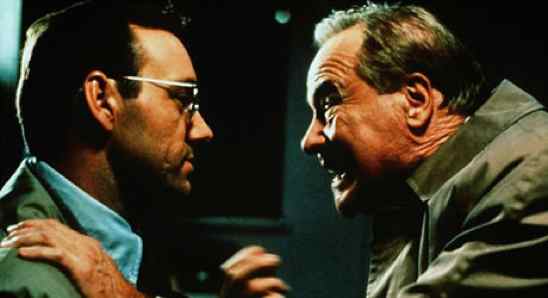 This film adaptation of a David Mamet play depicts the machinations at a real estate company when the owner’s lackey, Blake (Alec Baldwin), announces that all but the top two salesmen will soon be fired. Slick top-seller, Roma, preys on clients weaknesses and cons them into deals they can ill-afford. Struggling to compete with Roma, and desperate to keep up payments for his sick daughter’s medical care, Levene resorts to breaking into the office and stealing strong sales leads. The scheming of both men winds up destroying them, as manager John Williamson (Kevin Spacey) hands them just enough rope to hang themselves. The stellar cast make the most of Mamet’s sharp-witted, foul-mouthed dialogue in a searing indictment of unscrupulous sales tactics. 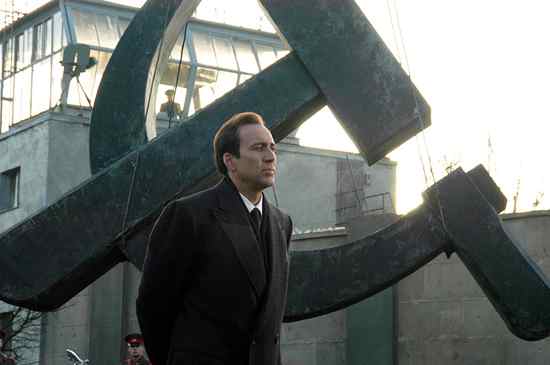 Ukranian-American gunrunner, Yuri Orlov, does business with dictators and drug lords, capitalizing on situations like the dissolution of the Soviet Union to acquire his arsenal. Few films deal with the massive global arms trade, and Lord of War drew the support of Amnesty International for highlighting it. The immorality of Orlov’s profession is apparent as he supplies weapons to both sides during the 1982 war in Lebanon. Though Orlov begins to question the morality of his actions in typical Hollywood fashion, the film maintains a bleak and realistic worldview. Orlov is eventually apprehended by Interpol agent, Jack Valentine (Ethan Hawke). Orlov’s claims that the governments of the world’s leading nations regard his profession as a necessary evil is soon proven true, with Orlov being quickly released. The film is a rarity in mainstream cinema, as it is heavily critical of the roles the world’s most powerful nations play in international politics. 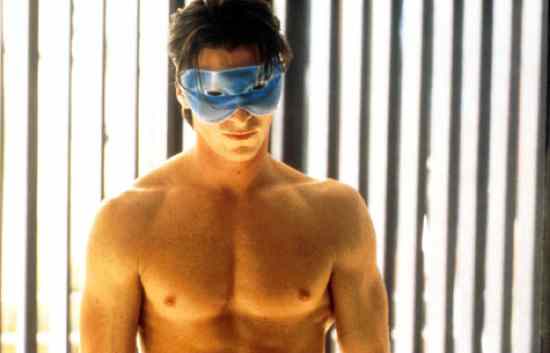 White collar crime doesn’t necessarily mean non-violent crime. As with the Brett Easton Ellis book on which it’s based, the film chronicles the obsessions of Wall Street hotshot Patrick Bateman, which include eighties pop music, business cards and murdering colleagues, prostitutes and kittens. This dark satire of materialism and superficiality features many surreally memorable moments, such as Bateman discussing his preference for the sound of Huey Lewis and the News’ earlier songs as he butchers a workmate. Bale plays the narcissistic American Psycho with aplomb. The only time Bateman betrays the slightest hint of emotion is when a colleague shows him the slick design of his new business card.

5
Frank Abagnale Jr.
Leonard DiCaprio in Catch Me If You Can (2002) 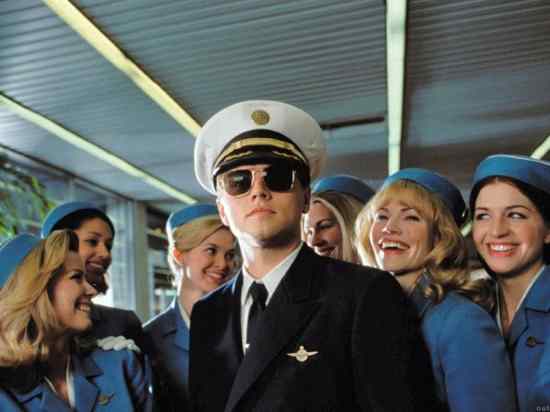 Steven Spielberg’s 2002 film tells the incredible real-life story of Frank Abagnale Jr. Running away from home following his parents’ divorce, the teenage Abagnale funds a lavish lifestyle through an incredible aptitude for confidence tricks and cheque fraud. Abagnale eventually finds himself pursued by FBI agent Carl Hanratty (Tom Hanks). By the time Hanratty finds Abagnale in France, he’s conned his way into millions of dollars, and has posed as everything from a doctor to an airline pilot. Abagnale is so good at what he does that he lands a job creating unforgeable cheques that pays million following his inevitable arrest. 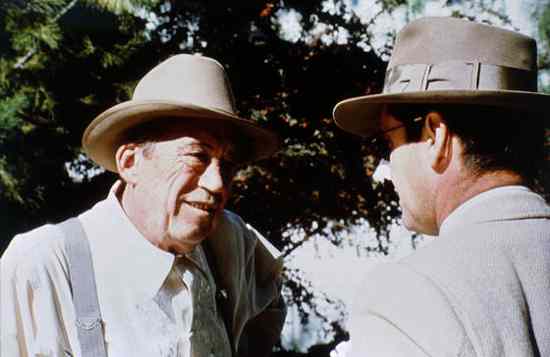 Rivalling Patrick Bateman in terms of sheer sickness, Noah Cross is a wealthy industrialist involved an elaborate plot to dump gallons of water, whilst 1930s Los Angeles suffers a drought. Private investigator J.J. Gittes (Jack Nicholson) begins working for a woman claiming to be the wife of the L.A. Department of Power and Water’s chief engineer, Hollis Mulwray (Darrell Zwerling). His initial brief is to discover whether Mulwray is having an affair, but the film’s labyrinthine twists and turns eventually lead Gittes to discover Cross’ scheme and disturbing secrets. The finest film of director Roman Polanski’s oeuvre, Chinatown is perhaps the bleakest and most unsettling detective movie ever made, thanks in no small part to the twisted truths Gittes eventually discovers about Noah Cross. 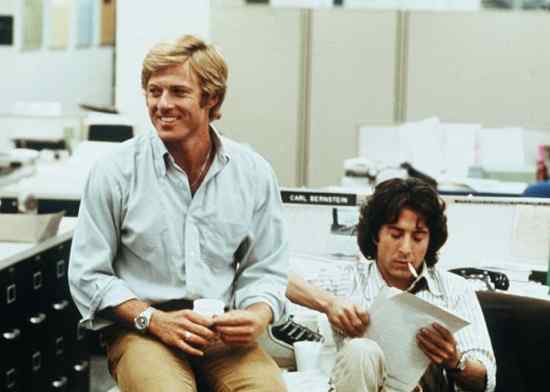 Few white collar crimes shocked the world to the degree the Watergate scandal did. The film follows Washington Post reporters Carl Bernstein (Dustin Hoffman) and Bob Woodward (Robert Redford), as they put their careers and the Post’s reputation on the line to uncover the truth about a break-in at the Watergate Hotel offices of the Democratic Party. Piece-by-piece, they discover enough information to implicate President Nixon in the burglary and force his resignation. This is the brilliantly told true-story of the bravest and boldest investigative journalism the world has ever known. The shockwaves this sent through American culture can still be felt, with every scandal that has broken since being tagged with the ‘-gate’ suffix. 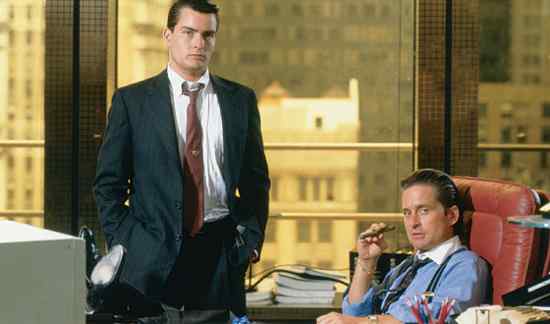 Gecko’s ‘greed is good’ mantra has become the ultimate symbol of eighties excess and the original Wall Street encompasses all that is right and wrong about the ‘g’ word’. Ambitious young stockbroker, Bud (Charlie Sheen), idolizes Gecko and gives him inside information on the airline at which his father, Carl (Martin Sheen) works. Gecko takes Bud under his wing and soon brings him all the trappings of success. Bud is eventually torn between two father figures as Gecko plans to takeover and tear apart the airline. Gecko’s greed finally undoes him as Bud chooses blood over money and initiates a chain of events that sends them both to prison. Gecko is released in the sequel Money Never Sleeps, assured of a place as cinema’s most convincing financial bad boy. 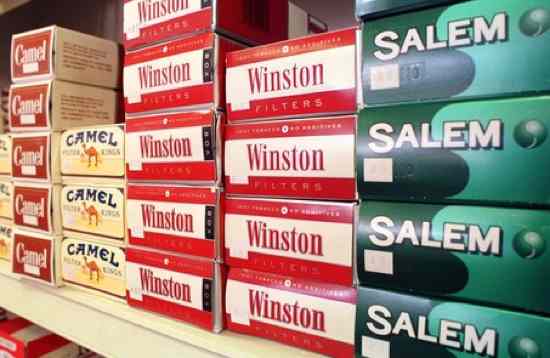 White collar crimes that bring down presidents, make hundreds of millions or require the implied consent of the world’s governments may seem big, but the crime at the heart of The Insider is bigger. Over a thousand million people worldwide smoke cigarettes. The Insider tells the true story of reporter Lowell Bergman (Al Pacino) and tobacco company employee Jeffrey Wigand (Russell Crowe). Wigan knows that the CEOs of the seven main tobacco companies that make up the grouping known as ‘Big Tobacco’ have committed perjury in denying any knowledge of nicotine’s addictiveness before the United States Congress. Bergman eventually convinces Wigand to go public and appear on 60 Minutes. The power of Big Tobacco becomes apparent as the interview is initially only allowed to be shown in massively edited form. Bergman himself turns whistleblower, and exposes the television network’s censorship to the press. The crime at the core of The Insider simply has to top this list due to the staggering percentage of the world’s population that can be considered Big Tobacco’s victims.