Though highly uncommon, several well known people throughout history have died from the result of an animal. Whether an attack, an indirect occurrence, or some kind of allergic reaction, it does happen. Here are the ten most famous records of death by animal. 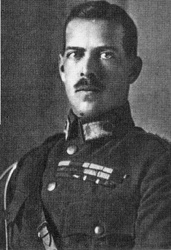 Although history has unfairly described King Alexander as a careless pet owner who died from a bite “from his pet monkey”, the 27 year old monarch actually died after defending his pet dog from an attack during a walk through the Royal Gardens, and he suffered wounds from two of the monkeys. The attack occurred on October 2nd, 1920. In the report dispatched from Europe, it was stated that King had been walking in the park with a pet dog, when the dog was attacked by a monkey. The King beat off the monkey with a stick but in the fight the monkey bit him on the hand slightly. Within days he died of sepsis.

José Gómez Ortega, commonly known as Joselito or Joselito el Gallo, or Gallito, was a Spanish Matador in the early twentieth century. He was born in Seville in the famous neighborhood of La Macarena. His father was the matador Fernando Gómez García, known as “El Gallo”. He was the younger brother of the matador Rafael Gómez Ortega, also known as “El Gallo”. Joselito was the youngest bullfighter to receive the title of matador, at the age of 17. Joselito was fatally gored in the ring at the age of 25 during a competitive bullfight with his brother-in-law. The day he died will also be remembered for being the only day in which the Virgin Macarena wore black clothes. Belmonte and Gómez are considered the two greatest bullfighters ever. 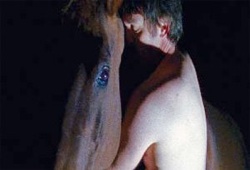 Pinyan’s death prompted the passing of a bill in Washington State prohibiting both sex with animals, and the videotaping of the same, some months later. However, the video seen by many others was before the accident. The image above is from a documentary of his life released last year called Zoo that one several awards at The Sundance Film Festival. 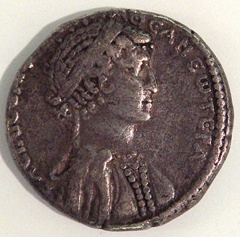 The ancient sources, particularly the Roman ones, are in general agreement that Cleopatra poisoned herself by inducing an asp to bite her. The oldest source is Strabo, who was alive at the time of the event, and might even have been in Alexandria. He says that there are two stories: that she applied a toxic ointment, or that she was bitten by an asp. Several Roman poets, writing within ten years of the event, all mention bites by two asps, as does Florus, a historian, some 150 years later. Vellieus , sixty years after the event, also refers to an asp. Plutarch, writing about 130 years after the event, is the main source of the story that has come down to us with all its detail of Cleopatra being found dead, her handmaiden Iras dying at her feet, and another handmaiden, Charmion, adjusting her crown before she herself falls. He then goes on to tell us that some say an asp was concealed in a basket of figs that was brought to her by a rustic, and finding it after eating a few figs, she holds out her arm for it to bite. Others say that it was hidden in a vase, and that she poked it with a spindle until it got angry enough to bite her on the arm. 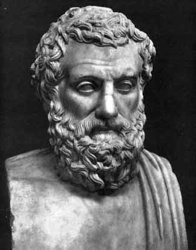 He is often recognized as the father or the founder of tragedy, and is the earliest of the three Greek Tragedians whose plays survive, the others being Sophocles and Euripides. He expanded the number of characters in plays to allow for conflict among them; previously, characters interacted only with the chorus. No more than seven of the estimated seventy plays written by Aeschylus have survived into modern times. As legend has it, an eagle, mistaking the playwright’s bald crown for a stone, dropped a tortoise on his head (though some accounts differ, claiming it was a stone dropped by an eagle or vulture that mistook his bald head for the egg of a flightless bird).

Timothy Treadwell, born Timothy Dexter, was an American bear enthusiast, environmentalist, amateur naturalist, and documentary film maker, who lived among the coastal grizzly bears of Katmai National Park in Alaska for approximately 13 seasons. At the end of his thirteenth season in the park in 2003, he and his girlfriend Amie Huguenard were killed and devoured by one or possibly two grizzly bears. An audio recording of the attack survived. Treadwell’s life, work, and death were the subject of the 2005 documentary film by Werner Herzog titled Grizzly Man. 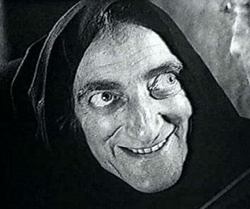 Martin Alan “Marty” Feldman was an English writer, comedian and BAFTA award winning actor, notable for his bulging eyes, which were the result of a thyroid condition known as Graves Disease. Feldman died from a heart attack (as a result of shellfish food poisoning) in a hotel room in Mexico City during the making of the film Yellowbeard. The famous cartoonist Sergio Aragones was filming a movie nearby and when he introduced himself to Feldman earlier that night, he frightened Feldman and possibly induced his heart attack. He has told the story with the punchline “I killed Marty Feldman”. The story was converted into a story in Aragones’ issue of DC Comics’ Solo. 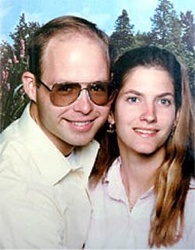 Tom and Eileen Lonergan were a married couple from Baton Rouge, Louisiana who had just recently completed a three year tour of duty with the Peace Corps. They were stranded January 25th, 1998 while SCUBA diving with a group of divers off Australia’s Great Barrier Reef and were never found. The group’s boat from the Outer Edge Dive Company accidentally abandoned Tom and Eileen due to a faulty head count taken by the dive boat crew. Upon leaving the diving area, the twenty-four other divers and five crew members failed to notice that the couple was not aboard. The couple was left to fend for themselves in shark-infested waters. Although their bodies were never recovered, they likely eventually died of dehydration, drowning, shark attack, or a combination thereof. 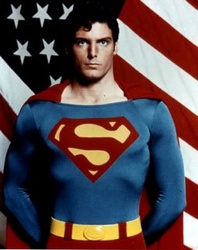 Though ultimately Reeve succumbed to an allergic reaction, much of his health struggles stemmed from his fall from a horse. Reeve suffered from asthma and allergies since childhood. He had experienced several illnesses, including Infectious Mononucleosis and malaria. He suffered from mastocytosis, a blood cell disorder. More than once he had a severe reaction to a drug. In Kessler, he tried a drug named Sygen which was theorized to help reduce damage to the spinal cord. The drug caused him to go into anaphylactic shock and his lungs shut down. He believed he had an out-of-body experience and remembered saying, “I’m sorry, but I have to go now”, before it occurred. In his autobiography, he wrote, “and then I left my body. I was up on the ceiling…I looked down and saw my body stretched out on the bed, not moving, while everybody—there were fifteen or twenty people, the doctors, the EMTs, the nurses—was working on me. The noise and commotion grew quieter as though someone were gradually turning down the volume.” After receiving a large dose of epinepherine , he woke up and was able to stabilize later that night. In 2003 and 2004, Reeve fought off a number of serious infections believed to have originated from the bone marrow. He recovered from three that could have been fatal. In early October 2004, he was being treated for a pressure wound that was causing a systemic infection called sepsis, a complication that he had experienced many times before. On October 9th, Reeve felt well and attended his son Will’s hockey game. That night, he went into cardiac arrest after receiving an antibiotic for the infection. Reeve died of heart failure at the age of 52. 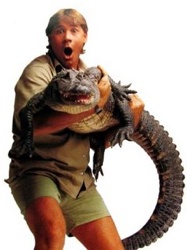 Stephen Robert Irwin, known simply as Steve Irwin and nicknamed “The Crocodile Hunter”, was an Australian wildlife expert and television personality. He achieved world-wide fame from the television program The Crocodile Hunter, an internationally broadcast wildlife documentary series co-hosted with his wife Terri Irwin. Together with her, he also co-owned and operated Australia Zoo, founded by his parents in Beerwah, Queensland. He died in 2006 after his chest was fatally pierced by a stingray barb.