[WARNING: this list contains images that are of an adult nature] Throughout history there have been many unusual relationships and love affairs. Some may seem normal by today’s standards, but in their time caused great controversy. This is a list of the top 10 bizarre relationships. 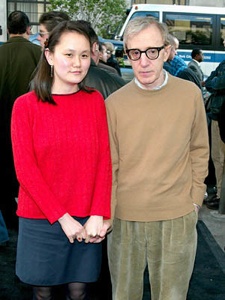 In 1978, at the age of eight, Soon-Yi Previn was adopted by Mia Farrow and her then-husband Andre Previn who were on vacation in Korea. In 1980, when Soon-Yi was 10, Farrow began a long-term relationship with Woody Allen which lasted 12 years. In 1992, Farrow found naked photographs of Soon-Yi in Allen’s apartment and subsequently discovered that the two had been having a romantic relationship (at the time she was 22 and Allen was 56). Allen parted ways with Farrow and married Soon-Yi in 1997. Both of Allen’s biological children refused to see him. Allen and Previn have two adopted daughters. 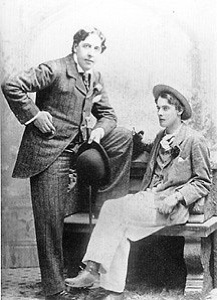 In 1891, Oscar Wilde was introduced to the twenty-two-year-old Lord Alfred Douglas, an undergraduate at Oxford at the time and son of the 9th Marquess of Queensberry. The two began an intimate relationship which may have involved sexual relations, though Douglas later denied that this was the case. In the course of the relationship, for sexual satisfaction, Wilde would look on while Douglas entertained other young men for the pleasure of Wilde. The Marquess eventually found out about this “scandalous” relationship and sued Wilde and after a series of arguments between the two, Wilde took him to court. The case failed and Wilde was eventually charged with gross indecency and was sentenced to two years of hard labor. After he was released on May 19, 1897 he spent his last three years penniless, in self-imposed exile from society and artistic circles. 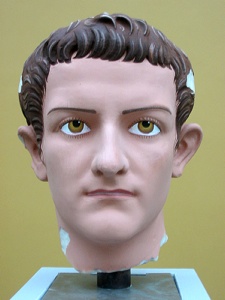 Drusilla was Emperor Caligula’s favorite sister. When he became Emperor it is believed that he ordered her to divorce her husband after which she became his lover. She most likely had a great deal of influence over Caligula. When she died in 38 AD, he never recovered from the loss. He buried his sister with the honors of an Augusta, acted as a grieving widower, and had the Roman Senate declare her a Goddess as “Diva Drusilla”, deifying her as a representation of the goddess Venus or Aphrodite. Drusilla was consecrated as Panthea, most likely on the anniversary of the birthday of Augustus. 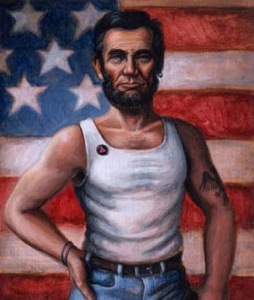 In 1837, Abraham Lincoln (aged 28) met Joshua Fry Speed (aged 23) when Lincoln moved to Springfield Illinois to set himself up as a lawyer. Lincoln tried to buy a bed from Speed’s store on credit, but Speed offered to share his room and bed instead. Previously Speed had heard the young Lincoln speak on the stump when Lincoln was running for election to the Illinois legislature, but the two men had exchanged only bits of conversation. The two ended up having a lifelong friendship, and upon the death of Lincoln, Speed and other members of his family put up funding to create a Lincoln Memorial. The bizarre nature of this relationship is not that the two shared a bed, but that it is an example of a now extinct version of “Romantic Friendship” – a term that described an intimate, but non-sexual relationship between two people. Romantic Friendships were very common until the mid to late 19th century when homosexuality was beginning to be defined. Other famous examples of Romantic Friendship are William Shakespeare and his “Fair lord”, and Emily Dickinson and Sue Gilbert. 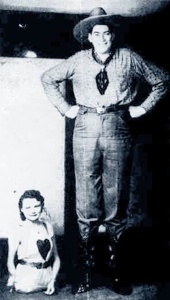 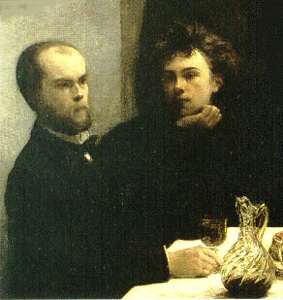 In 1871, Arthur Rimbaud – a budding young poet – (aged 16) travelled to Paris at the invitation of Paul Verlaine (a highly regarded French Symbolist Poet). When Rimbaud arrived in Paris, Verlaine fell in love with him and the two began a turbulent relationship which lead to the breakup of Verlaine’s marriage. During absinthe and hashish influenced nights, the two scandalized Paris with their obscene behaviour and violence. At one point, whilst drunk on Absinthe, Rimbaud stabbed Verlaine in the hand. The two moved to England and eventually Brussels. On the morning of 10 July, Verlaine bought a revolver and ammunition. That afternoon, “in a drunken rage,” Verlaine fired two shots at Rimbaud, one of them wounding the 18-year-old in the left wrist. Eventually Rimbaud asked the police to arrest Verlaine, and he was sent to jail for two years. The two met again only once and at age 21, Rimbaud stopped writing. He is now considered to be one of the most influential French poets in history. 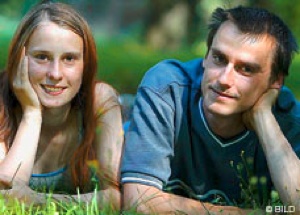 Patrick Stuebing is a man living in Leipzig, Germany, who has recently been the centre of a heated debate around incest, due to his relationship with his biological sister, Susan Karolewski, since 2001. The relationship has so far spawned four children of whom only one, Sofia, remains with the couple. Patrick, an unemployed locksmith, was adopted and, as a child, lived in Potsdam. He did not meet his mother and biological family until he was 23. Today he and Susan share a small flat in an east German tower block on the outskirts of Leipzig. Incest is a criminal offence in Germany. Patrick Stuebing has already served a two-year sentence for committing incest. In 2004, Patrick voluntarily underwent a vasectomy.

3. The Bunkers and The Yateses 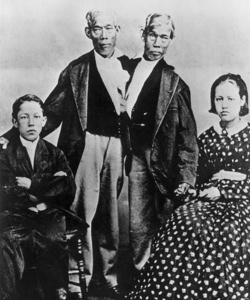 Chang and Eng Bunker were conjoined twins born in Siam (their condition and place of birth created the term “Siamese Twins”). They were joined at the sternum by a small piece of cartilage. Their livers were fused but independently complete. Although 19th century medicine did not have the means to do so, modern surgical techniques would have easily allowed them to be separated today. The two became American Citizens and became respected members of the community, owning a plantation and slaves. On April 13, 1843, they married two sisters: Chang to Adelaide Yates and Eng to Sarah Anne Yates. Chang and his wife had ten children; Eng and his wife had twelve. In time, the wives squabbled and eventually two separate households were set up just west of Mount Airy, North Carolina in the community of White Plains – the twins would alternate spending three days at each home. The twins died on the same day in 1874. 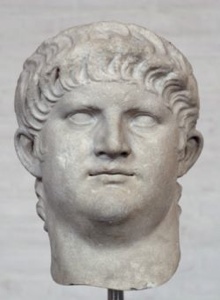 Suetonius (c. 69AD – 130AD) wrote that the Emperor Nero fell in love with a young boy, Sporus, and loved him so deeply that he tried to make a woman of him:

He castrated the boy Sporus and actually tried to make a woman of him; and he married him with all the usual ceremonies, including a dowry and a bridal veil, took him to his home attended by a great throng, and treated him as his wife. And the witty jest that someone made is still current, that it would have been well for the world if Nero’s father Domitius had that kind of wife. This Sporus, decked out with the finery of the empresses and riding in a litter, he took with him to the courts and marts of Greece, and later at Rome through the Street of the Images, fondly kissing him from time to time.

As bizarre as that sounds, there is another even more bizarre relationship:

Jean (or Juan) Baptista dos Santos is said to have been a “Gipsey”, born in Faro, Portugal around 1843, to normal parents with two other normal children. He possessed two functioning penises and three scrota, the outer two of which each contained a single testis. Dos Santos claimed that the central scrotum had also contained a pair of fully-formed testes, but that these had retreated into his abdomen when he was ten years old. He also had a third leg. Fortunately for dos Santos, at the same time there lived in Paris a women named Blanche Dumas who had four breasts and two vaginas (and also a third leg). Dumas was working as a high class prostitute. Dos Santos travelled to Paris and it is believed that the two had a torrid affair. You can read more about this most bizarre relationship on Cogitz. 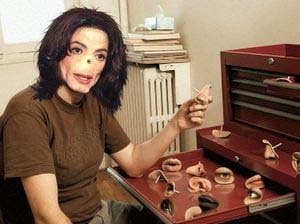 Michael Jackson involved in any relationship is bizarre. Enough said.

This article uses material from the Wikipedia articles: Patrick Stuebing.