Some photos and videos are uploaded to the Internet and explode seemingly overnight. Feverish sharing transforms these bits of media into global sensations and starts new trends. Many feel encouraged to join in with the fun and keeping up with the cool kids.

SEE ALSO: 10 Memes And Trends That Are Secretly Centuries Old

Some of these trends entice us to do wonderful things for each other—but then there are others that have been known to result in real human stupidity. Collectively, the following Internet trends all resulted in serious injury, physical scarring, and even death. They are the ones to avoid or risk the chance of meeting the same fate. 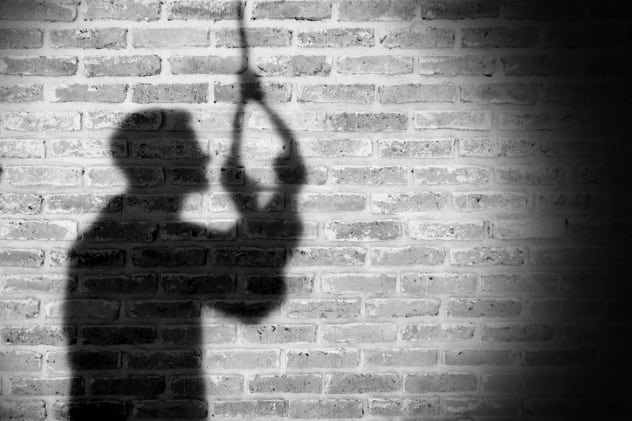 Momo is a terrifying Internet trend that has been linked to the suicides of two teenagers and one child. The twisted challenge-based game has been played across South America, Asia, Mexico, France, Germany, and the United States. Players are encouraged to text a number on WhatsApp that reaches “Momo,” and the creepy, wide-eyed horror character messages back with their next challenge. The challenges include self-harm, watching horror films, and waking up at unusual hours. Players are threatened that their personal information will be leaked if they do not commit to the tasks. The final challenge is to commit suicide.

In India, an 18-year-old boy was found hanging in a shed near his home in Kurseong in August 2018. The walls of the shed were covered in graffiti related to the game. It was also reported that in Barbosa, Colombia, in September 2018, a 16-year-old boy and a 12-year-old girl had committed suicide, and investigators discovered activity linked to the game on their phones. Police are still working hard to see who is behind Momo.[1] 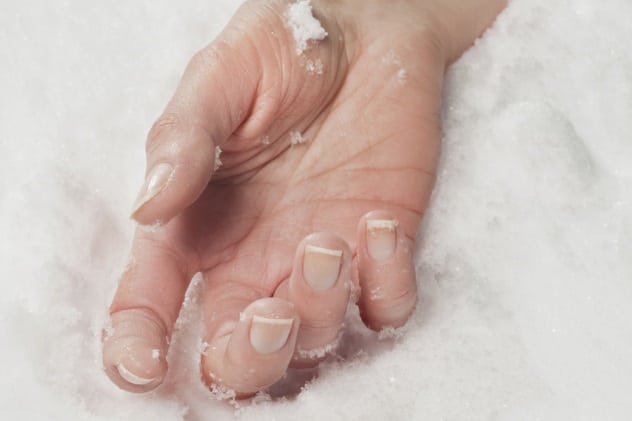 In 2016, a social network phenomenon known as the Blue Whale Challenge went viral with tragic consequences. The sinister game begins with players following a social media account that assigns tasks to the players over a 50-day period. These tasks include self-harm and end with encouraged suicide. According to InfoSec Awareness Online, the game has been linked to 130 deaths in Russia.

In early 2018, the bodies of two half-sisters, 12-year-old Maria Vinogradova and 15-year-old Anastasia Svetozarova, were found in the snow outside their apartment in Izhevsk, Russia. It was believed they had both jumped from the ten-story rooftop and that their suicides were linked to the Blue Whale Challenge. Before her death, the younger sister posted a photo of her boyfriend to social media with the caption: “Forgive me, please. I love you so much. I know you will find somebody better than me.”[2] 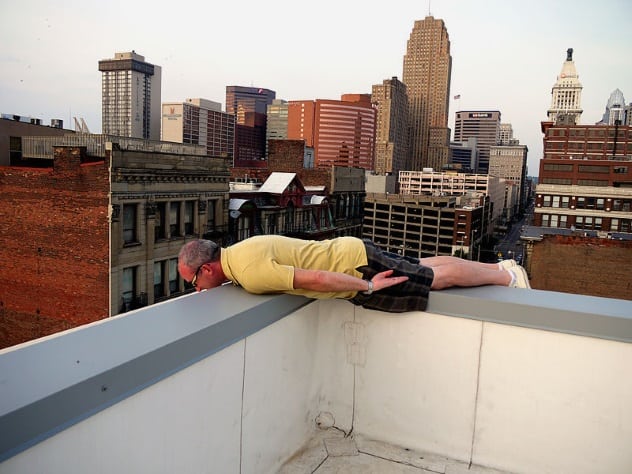 Planking is a craze that involves taking a photo of someone lying facedown with their arms by their sides to mimic a wooden board. In just a matter of weeks, everyone was doing it, which turned planking into an Internet phenomenon, and the more unusual the location, the better. The craze even saw news anchors planking on their desks in their studios. Although it was intended to be harmless fun, people were constantly trying to one-up each other and began moving into dangerous locations to carry out the stunt.

In 2011, the planking trend claimed a victim when 20-year-old Acton Beale of Queensland, Australia, fell from a high-rise balcony in Brisbane in an attempt at planking. On a Facebook page set up in his memory, one friend wrote: “Those who really knew Acton will remember him for a lot more than one small moment of misjudgment.”[3] 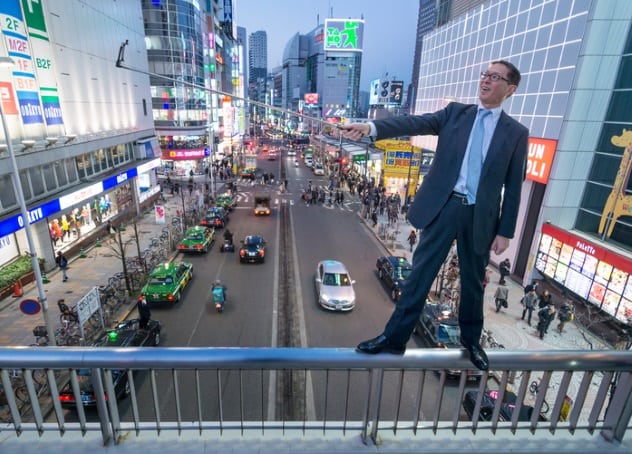 Anyone with a mobile device has surely taken more selfies than they care to admit—only to quickly delete the evidence if they are not as appealing as imagined. Then there are those who took their selfie game to the extreme levels, and some of them ended up paying for it with their own lives. One study reported that between March 2014 and September 2016, there were 127 “selfie deaths” around the world. The study, titled “Me, Myself and My Killfile: Characterizing and Preventing Selfie Deaths,” also revealed that India was the country with the highest number of fatal selfies.

A teenager in Mumbai was killed when she was too distracted taking a selfie and didn’t notice the huge wave that crashed into her, carrying her out to sea. Indian police now have safety measures in place to stop people from taking selfies at dangerous points. The deputy commissioner of police said, “We deploy [police protection] at selfie points when the tide is high. When the weather is rough, we request people not to go near the sea to take selfies. The personnel are sufficiently briefed not to let people pull dangerous stunts.”[4] 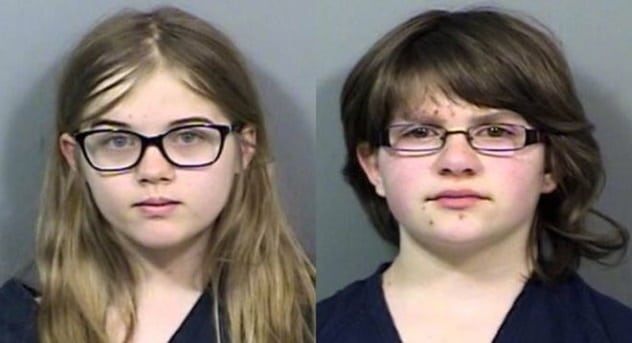 Slender Man started as a creepypasta meme and then soon became a global phenomenon that led to an attempted murder. Slender Man is a tall, featureless figure who stalks and abducts children. The creation was feared by many as terrifying stories and pictures circulated online.

Then, in 2014, Morgan Geyser (left above) and Anissa Weier (right above), both 12 years old at the time, lured their friend into the woods in Waukesha, Wisconsin, and stabbed her 19 times. The victim, who was also 12, was able to crawl to a roadside, where got help. She eventually recovered from her near-fatal wounds. After the stabbing, Geyser and Weier set off on foot to find Slender Man in a forest 500 kilometers (300 mi) away.[5]

Both perpetrators were sent to mental institutions, and psychologists found that Weier presented “a diminished ability to determine what is real and what is not real.” The young girl had claimed that she feared had she not carried out the stabbing, then Slender Man would hurt her and her family. Both girls were found “not guilty by mental disease or defect.” They will, however, be institutionalized. 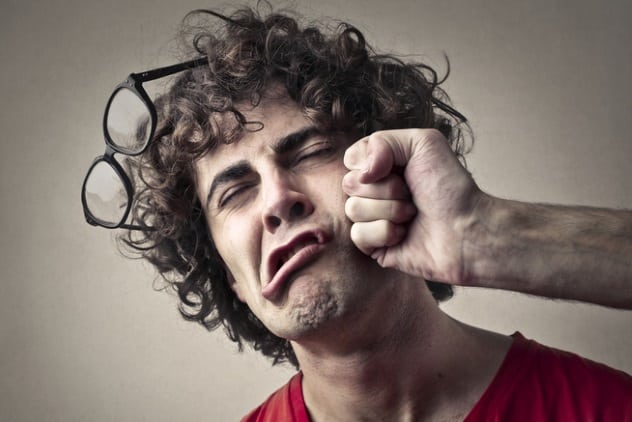 In 2014, a 23-year-old father named Tommy Main collapsed and died following a lethal game of Punch 4 Punch. The tragic death came when videos circulated online of people taking part in the Fight Club-style game. Two players take turns hitting each other until one eventually asks to stop. The violent blows are meant to only make contact with the arm or shoulder; however, some players were taking hits to the face and stomach. Others have one arm tied behind their back. The loser then has to typically do a forfeit, which usually involves drinking alcohol. The earliest videos of the craze date back to 2009, though games like Punch 4 Punch have existed since long before the Internet.

One doctor explained, “This is like Fight Club online—it’s going back to the roots of masculinity and testing your strength in that way. There’s that gladiatorial test. When your body moves from that of a child to having the full strength of adulthood, there is a need to test out and compete with others to get a sense of your potency, your strength, your courage.”[6] 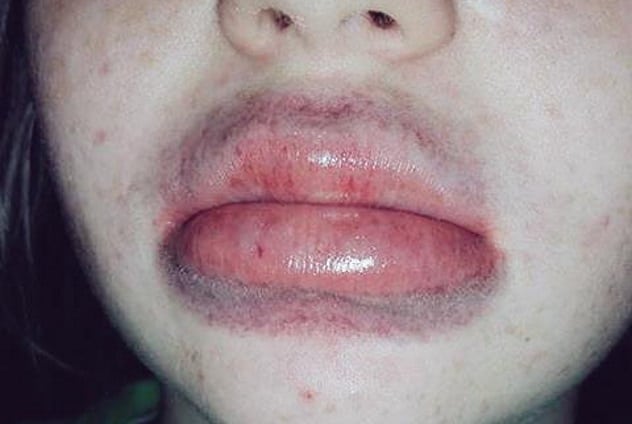 One of the craziest trends on social media in recent years was the Kylie Jenner Lip Challenge. Inspired by the reality TV star’s plumped up lips, her followers had begun a trend where they attempted to achieve the same look by sucking on shot glasses, bottles, and jars. The suction-like effect would draw the blood to the lips, creating a “pillow-lipped” look. However, there were many injuries, and some were left permanently scarred. Photos of casualties from the challenge were shared on social media and showed that some people’s lips were even turning black.

Doctors warned that the suction causes micro-trauma to the vessels, scarring, hematoma (clotting), or fibrosis (thickening of the tissue), all of which can result in disfigurement. One doctor advised, “The practice of trying to engorge your lips by suctioning can be dangerous. It’s a traumatic injury when you’re suctioning anything.”[7] 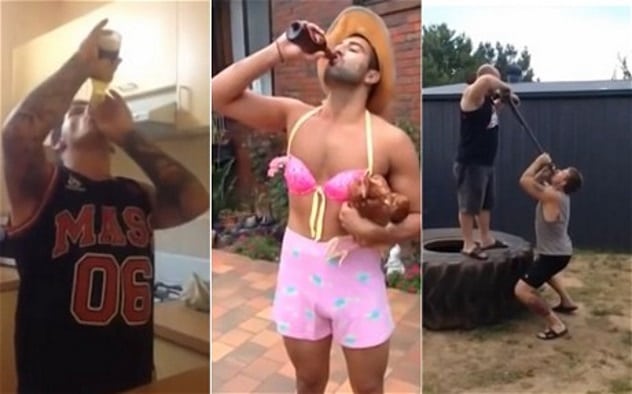 NekNominate was an Internet craze that began in 2014 and resulted in a number of deaths. The game involves people being nominated to down alcohol. The drinking is recorded and put online for others to view. Afterward, someone else is nominated. Often, players will attempt to outdo their friends’ drinking feats. Among those killed by the game was 20-year-old athlete Bradley Eames, who filmed himself downing two pints of gin—he died four days later. Also, 20-year-old Issac Richardson died after drinking a cocktail of wine, whisky, vodka, and beer as part of a NekNominate dare.[8]

The UK’s Office for National Statistics warned, “It is possible in the future we will get a lot more these deaths because of games like NekNominate. We are also seeing deaths from liver disease increasing and we are seeing it appearing in younger people, which suggest they are starting to drink from a younger age and are drinking stronger alcohol.” The warning came after it was reported that accidental alcohol poisoning in England and Wales increased by 200 percent from 2004 to 2014. 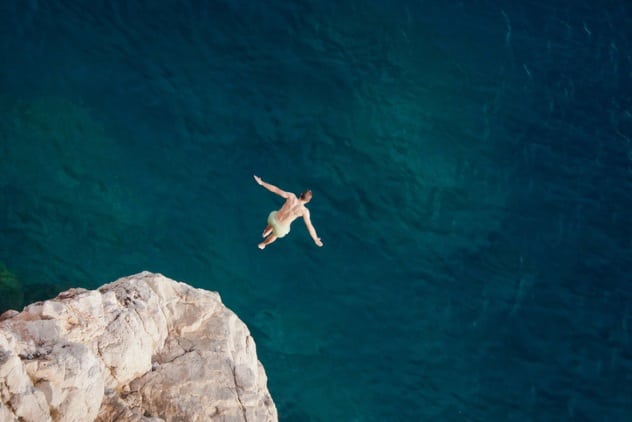 Multiple injuries and deaths have been linked to tombstoning, which involves jumping into water from high up, with the body held in a rigid, vertical position. In recent years, teenagers and young adults have started filming each other leaping off a cliff edge known as Dead Man’s Cove in Devon, England. The 20-meter (65 ft) drop to the sea below proved deadly for a 39-year-old man, who fell to his death attempting the tombstoning stunt. A teenager broke his neck in three places, and a 25-year-old was left paralyzed after jumping from the same site.

The Maritime and Coastguard Agency warned, “Jumping from piers, cliffs, rocks or other structures into the sea can be very dangerous. The depth of the water can dramatically change with the tide, and what was a deep pool at lunchtime might be a shallow puddle by teatime. [ . . . ] The shock of cold water may make it difficult to swim to safety and strong currents can quickly sweep people away.”[9] 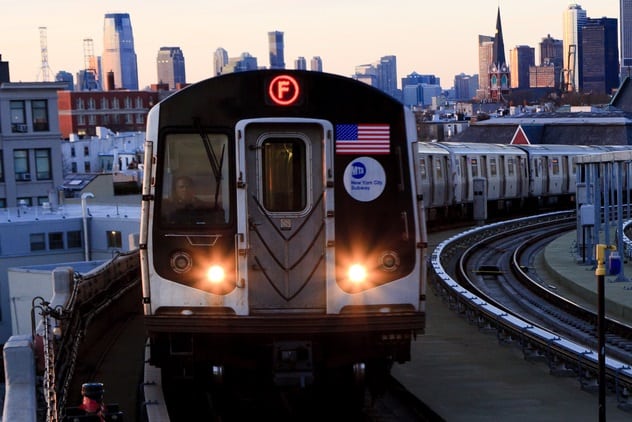 Another dangerous craze is subway surfing, which was once a popular stunt in the 1980s—but then people decided they wanted to live a longer life. The trend has now resurfaced, and New York City has seen a rise in the number of joyriders going where they’re not supposed to go. Local daredevils attempt to hang onto moving subway trains, either from the back on the moving car or on the rooftop.

In 2016, 25-year-old Christopher Serrano from the Bronx died while attempting subway surfing. He was killed as he tried to climb on top of an F train in Brooklyn sometime around 5:00 AM. Serrano was traveling with a female friend when he went between the two moving cars and climbed on top. Investigators believe Serrano may have been clipped by something as the train was moving, which knocked him off. He was pronounced dead at the scene.[10] His death is a tragic reminder that nobody should attempt the same stunt on the subways.

Cheish Merryweather is a true crime fanatic and founder of Crime Viral. Can be found at parties telling everyone Charles Manson was only 5’2″.
Twitter: @thecheish

Read about more dangerous trends on 10 Dangerous Beauty Trends From The Victorian Era and 10 Dangerous Health Fads And Medical Treatments Used In The Past.