What contributes to the success of the film industry today?

Fresh talent and collaboration within the arts. These things play a huge factor in the development of new content as well as revolutionary ideas. When more than one person puts their heart into something, magic can be made . . . sometimes.

This hasn’t always been the case in the past, especially when it comes to film. Be prepared for bickering, plenty of fisticuffs, and a stray finger somewhere in the woods . . .

AGUIRRE, THE WRATH OF GOD Trailer

Working with friends can be rewarding. It can also be absolute mayhem! Such was the case for German director Werner Herzog when he embarked on several projects with famed actor Klaus Kinski. Though the pair had been close friends for many years, their on-set relationship was often described as being “volatile.”

There are several stories about their many arguments, including one regarding Aguirre: The Wrath of God (1972). Herzog became so enraged at Kinski’s reluctance to follow direction that Herzog held Kinski at gunpoint until he followed the director’s orders.[1]

Members of the crew have recalled their clashing views as to how the character of Don Lope de Aguirre was to be played. When Herzog refused Kinski’s interpretation, the actor reportedly pulled a temper tantrum. It was so big that when the cast and crew were playing cards in a hut, Kinski fired three gunshots and blew off the tip of an extra’s finger.

The rumor mill is the foundation for this on-set feud. It has been reported that during filming for Chinatown (1974), Roman Polanski purposely targeted Faye Dunaway to a point where his actions bordered upon bullying. Dunaway has refused to comment on the matter, exclaiming during an interview that “it’s insulting that you would even bring it up!”

It is said that during one scene, Dunaway had a stray hair getting in the way of her face. Polanski believed that it was ruining the shot and proceeded to pluck it from her head. On another occasion, Dunaway reportedly needed to use the toilet. When Polanski refused to let her, she urinated in a coffee cup and threw it in his face.[2] 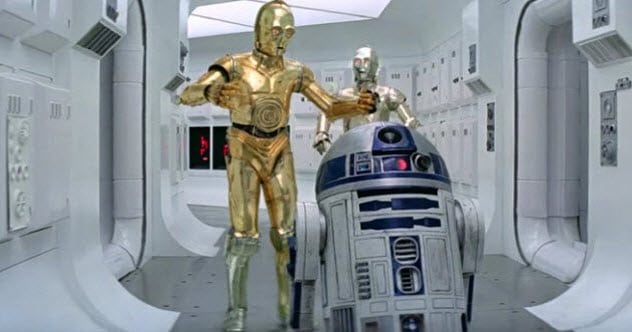 A long time ago in a galaxy far, far away, two droids clashed. The late Kenny Baker, who played R2-D2, claimed that Anthony Daniels, who played gold droid C-3PO, had been deliberately unpleasant on and off set for many years. Back in the day, Baker introduced himself to Daniels, only for the actor to turn his back on Baker and reply, “Can’t you see I’m having a conversation?”

In the years that followed, Daniels was said to be rude to Baker on numerous occasions, even refusing to appear with him at conventions. Rather hard to believe when you think about the adorable relationship the two characters share on-screen.[3]

What do you get when you bring two actors together with no on-screen chemistry? No off-set chemistry.

This was the case for Julia Roberts and Nick Nolte on the set of I Love Trouble (1994). Roberts described Nolte as “disgusting,” while the man himself hit back by saying, “She’s not a nice person, everyone knows that.”[4]

On record, Nolte claimed that I Love Trouble was the worst film he had ever appeared in and only did it for the money. Hence, he was tense on set, something that Roberts was displeased about.

What Ever Happened to Baby Jane?, the only film in which Joan Crawford and Bette Davis performed together, laid the foundation for what is considered the biggest rivalry in film.

Crawford was known to be incredibly difficult to work with due to her arguably vain nature. During the publicity tour, she pulled out at the last minute. It was implied by Davis that Crawford had refused to share the stage.[5]

However, Crawford claimed that her refusal to go on the tour was down to a phone conversation between the pair in which Crawford asked Davis for her opinion on the film. It’s alleged that Davis responded, “You were so right, Joan. The picture is good. And I’m terrific.”

Such events throughout and after the production are said to be the very reason that Crawford upstaged Davis at the Oscars.

5 Joel Schumacher And The Cast Of Batman Forever

Director Joel Schumacher’s less than favorable Batman Forever (1995) may have sold better than its sequel, but even the Caped Crusader couldn’t fix the problematic relationship that Schumacher had with his cast.

First up was Val Kilmer, whom Schumacher described as being “childish and impossible.” Schumacher later claimed that Kilmer had been involved in several fights with crewmen, even downright refusing to speak to Schumacher for several weeks after being confronted about his behavior.

The director also claimed that Tommy Lee Jones had a bad relationship with Jim Carrey. According to Carrey, he bumped into Jones at dinner one evening and was told by the man himself, “I hate you. I really don’t like you. [ . . . ] I cannot sanction your buffoonery.”[6]

Even the calming tune of Seal’s “Kiss from a Rose” couldn’t fix the tension on this set.

We return to Julia Roberts. Surely not? Indeed so.

Roberts and director Steven Spielberg clashed on the set of Hook (1991). Little is known about what went on between the two, but Roberts stated in a Vanity Fair interview that Spielberg’s comments “really hurt my feelings.”[7]

Considering that the film ran 40 days over its 76-day schedule, it would be unusual if a few fiery battles weren’t fought.

An apology from Christian Bale is enough to make you realize just how serious his on-set rant must have been. During filming for Terminator Salvation (2009), Bale lashed out at director of photography Shane Hurlbut after he got in the way of Bale’s eyeline during an intense scene.

During the leaked audiotape, you can hear Bale screaming, “I’ll kick your ass. I want you kicked off the set.” When Hurlbut apologized and assured Bale that he was only monitoring the light, Bale fired back with “You’re an amateur.”[8]

For the duration of Shelley Duvall’s time on the set of The Shining (1980), she and director Stanley Kubrick were at each other’s throats. The pair reportedly had several disagreements about the script as well as Duvall’s take on the character.

Things got so bad between the pair that Duvall was very ill for several weeks, with her hair even falling out. During the scene in which Wendy hits Jack Torrance in the head with a bat, Kubrick had Duvall perform the scene for 127 takes.[9]

Brutal work from a brutal director isn’t uncommon. But if one thing’s for sure, it’s that Kubrick wasn’t afraid to push his actors to the edge. 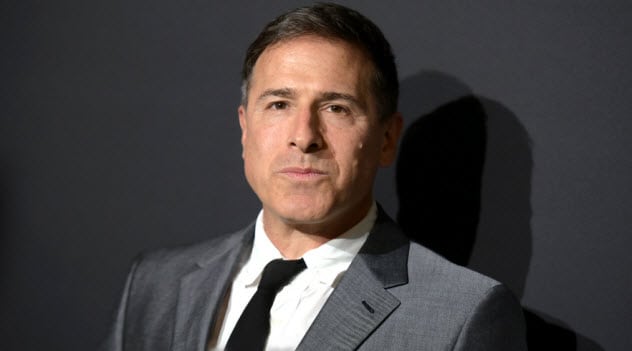 Even American Hustle director David O. Russell isn’t free from a furious tirade on set. In 1999, he locked horns with George Clooney while filming Three Kings.

Clooney stated in an interview that, in his perception, Russell had been verbally abusive to several members of the crew. After Clooney confronted the director about the matter, Russell headbutted him. Though the altercation is said to have escalated, Russell eventually apologized to Clooney, who expressed that “it was the worst experience of my life.”

But it doesn’t stop there. It was reported during the Sony Pictures Entertainment hack that Amy Adams had borne the brunt of Russell’s fury. She claimed that he had made her life “a living hell” to the point where Christian “stay off the set” Bale had to intervene.[10]

When all is said and done, you can’t make a movie without a little bit of fire—whether that be metaphorical or physical. These ongoing feuds have gone down in the books as being avoidable. Yet when one ego clashes with another, sparks can fly—and not in a good way.

I’m a writer, actor, and filmmaker living and working in London. Writing is my core passion in life. It has stuck with me since a young age and still stays very firmly in my heart even today. At the moment, I’m directing a few projects while working as an actor on the side.

Read about more Hollywood conflicts on 10 Brilliant Directors Who Were Notoriously Cruel and 10 Tragic Facts About The Three Stooges.

10 Unsettling Cartoons From Around The World Meant For Children