Do you ever get the overwhelming urge to run your own country? Do you ever feel that everyone else is a fool and only you, and you alone, know what is good for the world? Ever feel the need to erect lots of statues of yourself? 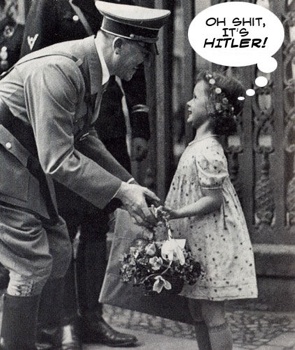 Power is a seductive mistress, an addictive thrill, one taste and you’re left thirsting for more. And with power comes the urge to conform the world to your whim, to bend reality to your designs, to forge your own heaven! As the old saying goes: absolute power corrupts absolutely. And you want that power! You want to control absolutely everything! One day you might be standing on the platform in the rain, waiting for a train which is a little late, the next you’ve vowed to make the trains run on time; not just your train, but all the trains in the country, all the trains in the world if you can get your hands on them! It happens. Just look at poor old Mussolini.

You have the power. You are the law!:

When you get into an argument or debate you see it a little differently from normal people. Most people recognise that whoever they’re arguing with has a different point of view from themselves. Not you. When someone disagrees with you they’re not just expressing their point of view, they’re sowing the seeds of sedition, they’re undermining civil stability and spreading enemy propaganda, they’re practically begging to be taken out behind the chemical sheds and shot. Dictatorship here you come. 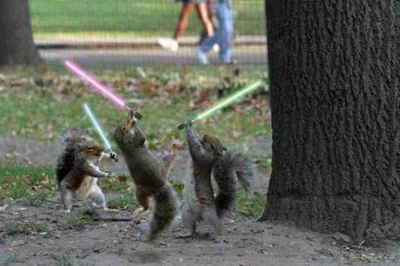 One of the tell tale signs that you’re becoming a dictator is when genocide no longer looks quite so bad. I mean ok, you still don’t think it’s a good thing per se, but you start to think it has it’s uses. Those folks not too keen on towing the party line? Genocide – it’s probably for the best in the long run. The more the potential dictator thinks about it, the better genocide seems. Never much liked the French? Genocide. The skin tone/hair colour/traditional clothes of that ethnic grouping not matching the colour scheme your designer recommended for that bit of desert? Genocide. Annoyed by old people? Genocide. Squirrels stealing all the nuts? Genocide. It’s a slippery slope to dictatorship. 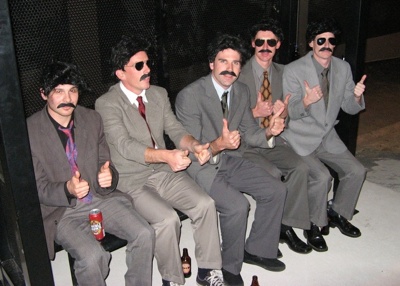 Every good dictator needs their own set of groupies. Hitler had his brown shirts, and then the SS. Mussolini had his black shirts. Saddam had the Republican Guard. Seems it just feels nice to be surrounded by people who like you, people who are dedicated to you, people who would kill and die for you. So, if you ever start feeling the need to surround yourself with a large group of very violent people, preferably all wearing the same colour shirts or sporting large 80’s aviator sun glasses (even when they’re inside) or waxed moustaches, then you’re in danger of becoming a dictator. [Image Source] 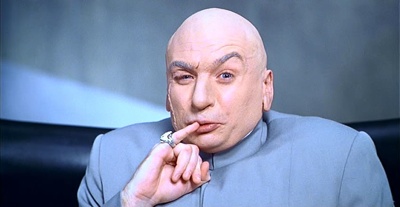 It’s a well known fact that dictators are pretty darn eccentric and don’t feel bad about imposing their little oddities upon their loyal subjects. So if you ever feel the desire, just for the hell of it, or wonder what it would be like to: make beards illegal, have ‘Hopping Wednesdays’, deport all the turtles, declare yourself a reincarnation of Napoleon or make everybody shave the left side of their head; then you’re well on your way to dictatorship. 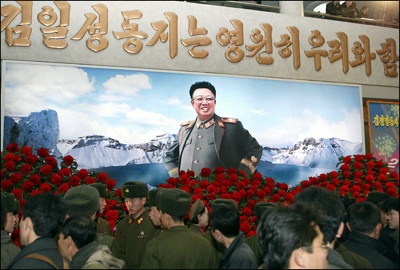 Dictators are well known to be egomaniacs. There seems to be a strange correlation between being a dictator and feeling the need to erect lots of statues of yourself in flattering and glorifying poses, to plaster every available flat surface with posters of yourself, to mint coins with your stately noggin printed on them, to put your face on all the stamps, on all the chocolate bars, to have your own three hours weekly television program. In short, you really love yourself. Of course dictators explain this strange egocentricity away by saying that it’s just so that people know they care about them, to know that they are looking over and after their people. Yeah, that explains why little Jimmy has to wake up screaming and sweating in the night to a poster of your dictatorial grin looking down on him from the bedroom ceiling. So if you ever get the urge to start slapping photos of yourself all over the place, then you’re probably becoming a dictator.