Recently we saw a list called Top 10 Reasons Why Capitalism Sucks: consider this list an antidote to that one. The entries in this list are not necessarily replies to the earlier one; it’s meant to stand alone. So without further ado, here are ten reasons why communism sucks: 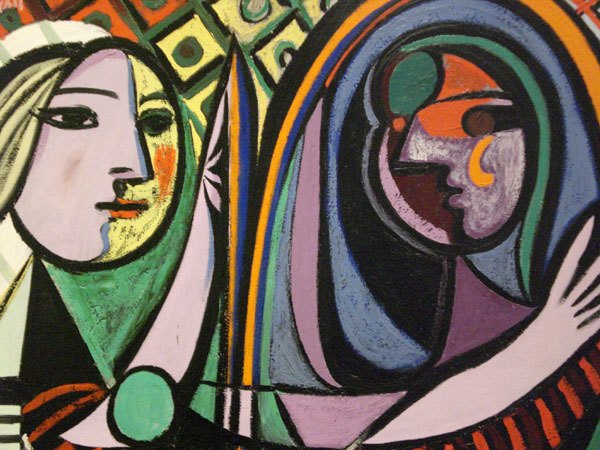 The average person, as George Carlin once observed, is not particularly good at anything. The perfect job for such a person is on the assembly line. But regardless of the governments under which we live, we all have different aspirations. Some people are perfectly happy sweeping floors, but most of us—justly—want more out of life. Not only money, but fame, glory, and a sense of accomplishment. All of these require at least some creative thought.

You may want to be a poet or a painter, but these jobs certainly don’t pay the bills—and Communism views them as unnecessary and ridiculous. All that matters is building a super-powerful nation—and one of the first obstacles that must be removed is what Jefferson called “the pursuit of happiness.” 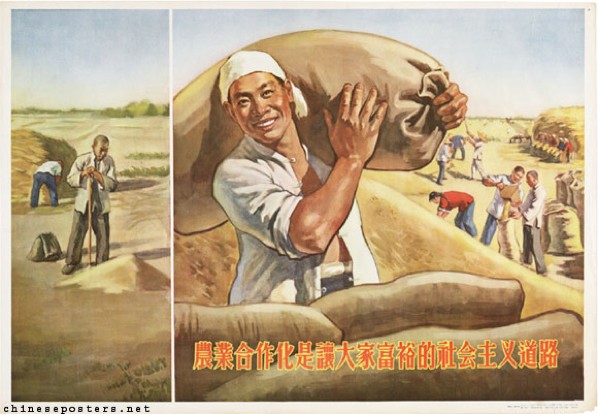 The most notorious example of forced collectivization is the land reform carried out by Soviets between 1928 and 1933. It was thought that collectivization would maximize the use and potential of the countryside for urban and industrial needs. Russian industry was just taking off, and enormous quantities of food would be required for the workers.

Masses of resisting landowners—many of them small-scale farmers who worked their own land—died at the hands of executioners. The state’s requisition of crops, livestock, and farmland was paid for by the farmers and by the lower class in general, some ten million of whom starved to death in five years.

Exactly the same atrocity took place in Communist China, between 1958 and 1961. During this time, private farming was outlawed as it had been in Stalin’s Russia, and about 33 million people starved to death in possibly the single most destructive famine in human history.

8
You Have No Rights 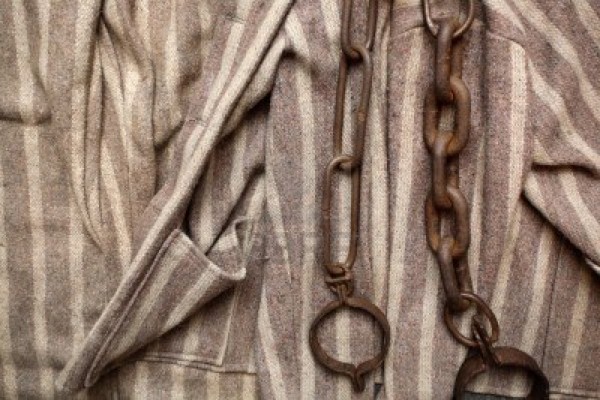 Several of these entries are related, and the absence of citizens’ rights is at the heart of more than one. In keeping with the last entry, Marx advocated ten rules in his Communist Manifesto for the forced redistribution of all land and property for the good of the national community.

This is theft, from the citizens’ point of view. They are forced to join the new Communist government—whether they like it or not. This, of course, must be done with a “might is right” frame of mind: lots of men with guns show up and take everything you have “for the glory of the motherland,” as the Soviets might have said. 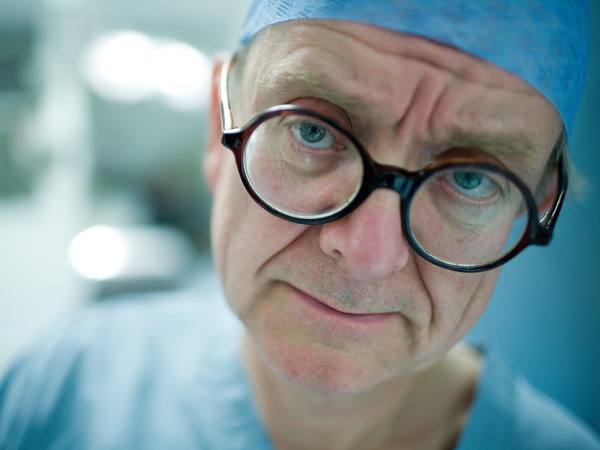 Incentives—such as higher pay for doctors—are necessary to give people the energy they need to work hard in a difficult job.

When there are no extra incentives available—such as in a Communist state, where all reap an equal share in what some have worked harder to sow—the people in difficult jobs quickly lose their motivation. For example, workers would stop caring about how thoroughly they inspect the cars on the assembly lines, since it makes no difference to them either way. They are also likely to grow bitter at the government for failing to give them recognition when they do a good job. Revolts become a distinct liability; many a Communist state has fallen because of this problem of reduced incentives. 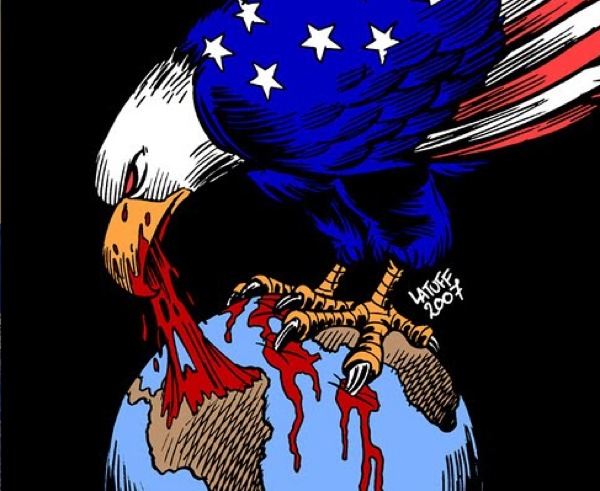 It doesn’t take much to bring the fury of a Communist state upon you; in fact, it takes nothing more than simply existing in a capitalist state. The Communist Manifesto advocates the replacement of all governments by Communist governments. This has almost always been put into effect internally: the Russian monarchy was overthrown, as were the Republic of China and the Cuban democracy.

But the threat is not merely internal. The US need not fear a Cuban invasion, but China is indeed a force to be reckoned with. It controls the second-largest portion of American debt, and though that only amounts to about eight percent, the number is rising. Should they ever call in America’s entire debt to them at once, America’s already depressed economy would be greatly harmed.

5
Indifference Towards the Environment 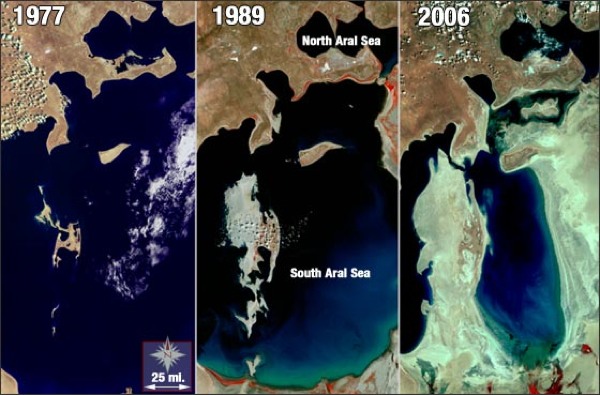 A Communist state will make up for its inefficient economy by doing whatever is necessary to produce crops and water. In the 1960s, the Soviet Communist regime diverted two important rivers for irrigation. The Aral Sea, which those rivers fed, has now shrunk to as little as ten percent of its original size. It used to be the fourth largest lake in the world.

The lesson: rather than letting the efficiency of capitalism into its economic model, the Soviet government chose to extract everything it could from the environment—without caring one bit about the health of that environment. 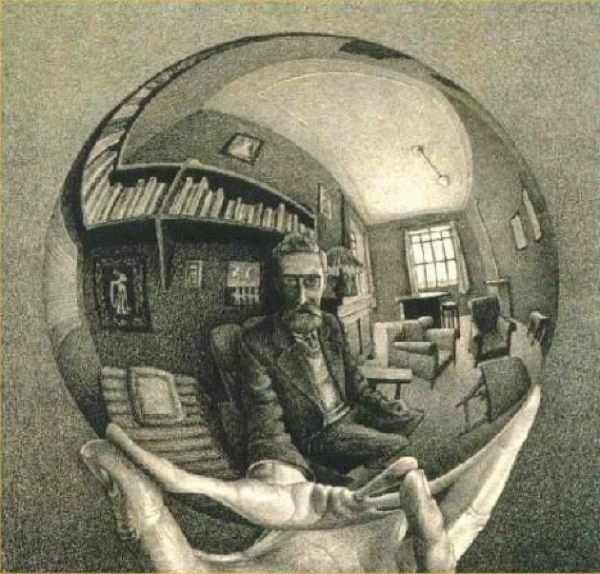 The relative success of the free market economy is a real-world refutation of Marxist economics. The latter never has sufficient information on the market prices of commodities, and therefore cannot properly ration the distribution of a nation’s resources.

The only reasonable criticism of the free market economy is the presence of monopolies, which can raise the prices of their products with little fear of reprisal. But monopolies are just like the central control a Communist government exercises on its whole economy; a true free market ensures that there be checks and balances on the price of goods and services. 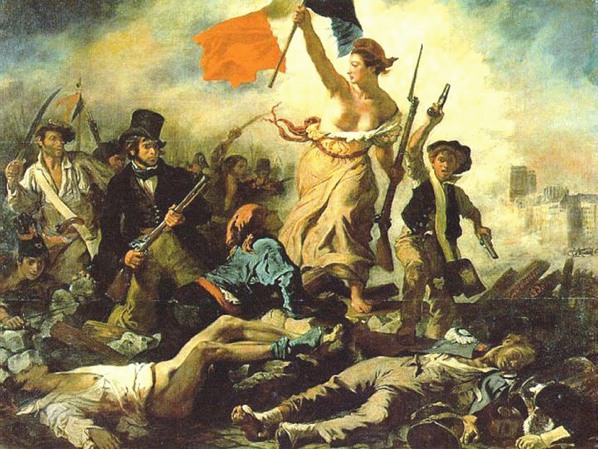 Marx founded Communist philosophy on the principle that class struggles have been, by far, the primary cause of all strife, wars, economic woes, and regime collapses. There are popularly thought to be three major classes of people: the upper, the middle, and the lower. The upper class has most of the wealth; the lower class the least; and the middle class plays the peacemaker between them, maintaining the hope and sanity of the lower class. Without the middle class, heads are chopped.

Communism itself does not erase the class struggle, as it proclaims, but keeps it going. It does this because it is a government: there must be a group of people in charge, and it’s likely that this group enjoys its power. By maintaining their power, the leaders of a Communist state separate the population into at least two classes: themselves as the upper class, and preferably everyone else in the lower class.

Communist states have generally not featured a middle class—and its absence allowed for the Russian Revolutions of 1905 and 1917; the Chinese of 1949, the Cuban of 1953-59, and a host of others. All of these revolutions ended with the rise of a Communist state—and all of them were the ruin of their respective nations, because the Communists themselves became the very same brand of elitist upper class they had deposed. 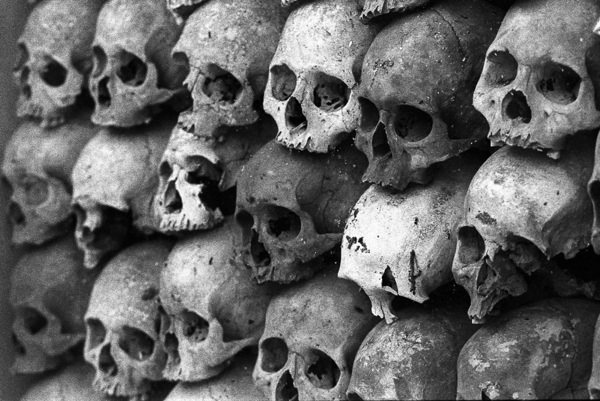 Communist rule may be directly blamed for the deaths of at least eighty-five million people in the twentieth century. Stalin alone murdered about twenty million, although other estimates range from fifty-three million to eighty million.

In 1975, the Khmer Rouge seized power in Cambodia, and set out to establish a Communist utopia. They immediately committed genocide on their own people. At least two million were executed by brutally primitive methods in keeping with the Khmer Rouge’s anti-technology stance; many of the victims were murdered merely for wearing glasses. Intelligence was deemed a direct and serious threat to the Khmer Rouge.

And let’s not forget Chairman Mao. He may not have been as evil as Stalin, but he was the very definition of indifference towards humanity. His “Great Leap Forward” caused the deaths by starvation of forty-five million Chinese civilians.

1
Karl Marx Was Wrong to Begin With 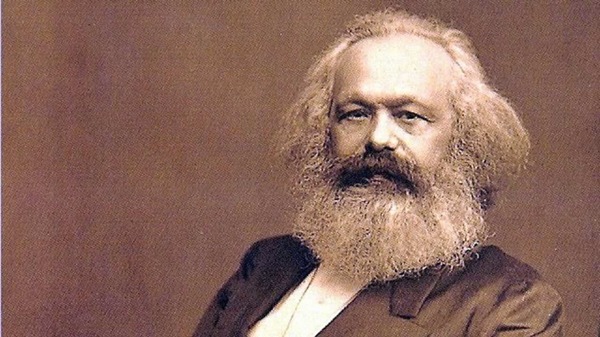 Marx’s doctrine is fraught with faulty logic, loopholes, and unsolved problems. His idea of economics is based on the labor theory of value, which asserts that a car, for example, should cost more than a TV, because more labor is needed to produce it. But this is an oversimplification of the market.

Sam’s Choice Cola tastes almost identical to Coca-Cola, but costs half as much. The labor is the same, but people are happy to pay twice as much for the only difference: the brand name. The same holds true with medicine.

In the same way, tennis shoes can cost over $200 in the US, despite being made in China or Taiwan for only about $3–10. Why do they cost so much? Because the industries that own them sell them based on how highly they are in demand by the public. That’s why they have athletes endorse their products: to make them more desirable to the athletes’ fans.

This is expressly why Marxist Communism has caused the utter collapse of so many national economies: it thinks in broad strokes, and fails to tell one subtlety from another. This, first and foremost, is because Communism is not grounded in reality.