For many, the only exposure to Ancient Rome comes from what they have seen in the movies or on television. Unfortunately, films like Gladiator, Spartacus, Barabbas, and Demetrius and the Gladiators don’t present a very accurate depiction of life in Rome and the arena.

Considering the fact that the Roman Empire existed for so long, and so much of our own Western society has derived from it, it is no surprise that we all have at least one or two misconceptions about the Empire and its people.

For this reason, we have put together a list of the most misconceptions people hold about the Ancient Roman society and customs. Fortunately most are easily proven wrong as you will see when you read on: 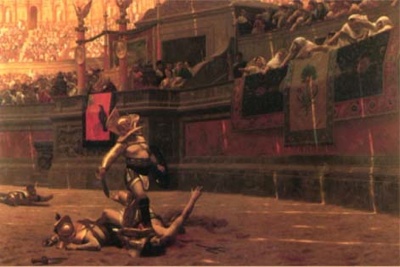 Contrary to popular belief, the emperor did not give a thumbs up or down for a gladiator as a signal to kill his enemy. The emperor (and only the emperor) would give an open or closed hand – if his palm was flat, it meant “spare his life”, if it was closed, it meant “kill him”. If a gladiator killed his opponent before the emperor gave his permission, the gladiator would be put on trial for murder, as only the emperor had the right to condemn a man to death. In the image above we see this myth in action. 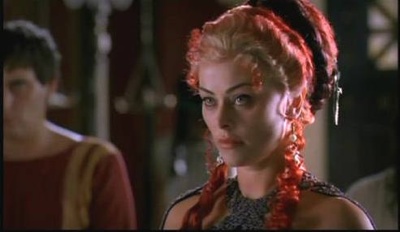 HBO/BBC created an excellent series called “Rome” which covers a number of years of the Roman Empire. In the series they have, unfortunately, slandered the good name of one of the main Characters, Atia (Mother of Octavian – Augustus – and niece of Julius Caesar). In the show she is seen as a licentious, self-absorbed and manipulative schemer who is Mark Antony’s lover. In reality, Atia was a highly moral woman, well regarded by Roman Society at the time. Tacitus had this to say of her:

In her presence no base word could be uttered without grave offence, and no wrong deed done. Religiously and with the utmost delicacy she regulated not only the serious tasks of her youthful charges, but also their recreations and their games. 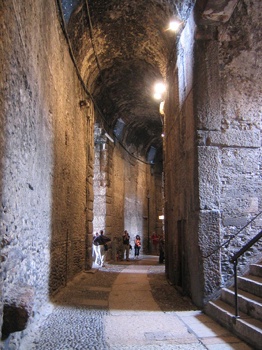 A very persistent myth about the Romans is that they would feast until they were full, then visit a room called a vomitorium to “vomit” the food out so they could start over again. This is a myth – the vomitoria were actually passages that enabled people to move quickly to and from their seats in an amphitheater. These vomitoria made it possible for thousands of Roman citizens to be seated within minutes. In the photograph above [source] we see a real vomitorium.

While it is true that the Romans did speak a form of Latin known as vulgar Latin, it was quite different from the Classical Latin that we generally think of them speaking (Classical Latin is what we usually learn at University). Vulgar Latin is the language that the Romance languages (Italian, French, etc.) developed from. Classical Latin was used as an official language only. In addition, members of the Eastern Roman Empire were speaking Greek exclusively by the 4th century, and Greek had replaced Latin as the official language. 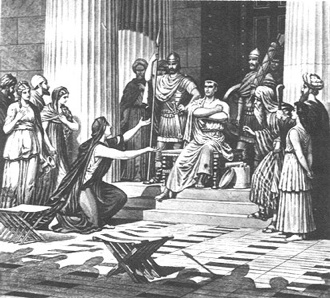 In modern days we tend to use the term plebeian to refer to the common or poor classes, but in Rome, a plebeian was just a member of the general populace of Rome (as opposed to the Patricians who were the privileged classes). Plebeians could, and very often did, become very wealthy people – but wealth did not change their class. Wikipedia has an excellent article on this which you can read here.

When we think of Romans, we almost always imagine men in togas. But in fact, the toga was a very formal piece of clothing – to say that the Romans always wore togas would be the same as saying that the English always wear top-hats and tails. Juvenal says this: “There are many parts of Italy, to tell the truth, in which no man puts on a toga until he is dead”. The average roman would have worn tunics.

4
The Salting of Carthage 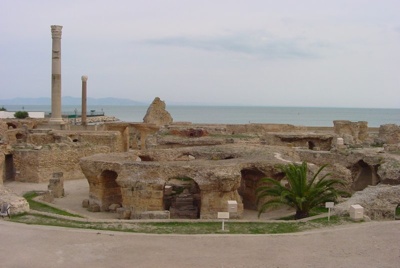 There is a popular misconception that when Rome conquered Carthage, they salted the farmlands to prevent anything from growing. In fact, this is a 20th century myth which has no bearing in reality. When the Romans conquered Carthage, they went from house to house capturing slaves and slaughtering the rest. They burnt the city to the ground and left it as a pile of ruins. This resulted in the loss of a great deal of historical information on Carthage, which makes the study of it difficult in modern times. 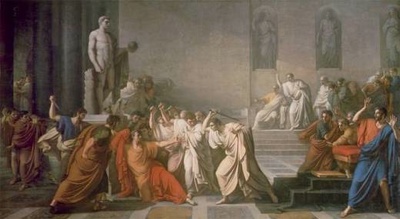 Caesar’s last words were actually “And you also” as recorded (in Greek) by Suetonius: ??? ?? ?????? (kai su teknon). These words were spoken to Brutus, which is undoubtedly the reason that Shakespeare coined the phrase: “And you, Brutus”. The meaning of his last words is unknown – but it would seem fair to think that he was telling his murderer: “you will be next”. Caesar was bi-lingual (Greek and Latin) and Greek was the dominant language in Rome at the time, so it is not unreasonable that his last words would have been uttered in that language.

2
Gladiators Were All Men 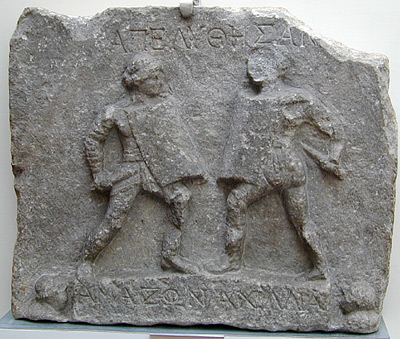 In fact, women were gladiators too (though they were called gladiatrices – or gladiatrix for singular). While the first documented appearance of gladiatrices appears under the reign of Nero (37 – 68 AD), there are implications in earlier documents that strongly suggest they existed before. A strong condemnation against female gladiators of the Flavian and Trajanic eras can be found in the Satire VI of Juvenal, decrying the fact female gladiators were typically from upper-class families and seeking thrill and attention. Emperor Severus banned female gladiators around AD 200 but records show that this ban was largely ignored. 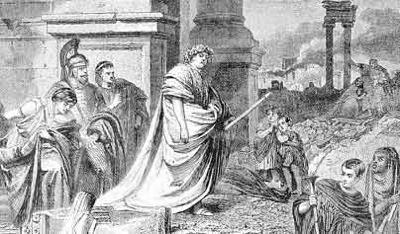 In fact, most modern historians believe that Nero was not even in Rome when the fire started. The fire started in shops selling flammable goods, though it was later blamed on the Christians (which brought on a new onslaught of persecutions). Nero was actually in Antium when the fire started, and when he heard about it he rushed back to Rome to organize relief efforts. According to Tacitus: “the population searched for a scapegoat and rumors held Nero responsible. To diffuse blame, Nero targeted a sect called the Christians. He ordered Christians to be thrown to dogs, while others were crucified and burned.”