Religious scholars say that God suspended the laws of incest in the early days of man in order to ensure that man spread on the earth. In the words of the commentators of the Douay Rheims Bible: “God [dispensed] with such marriages in the beginning of the world, as mankind could not otherwise be propagated.” Despite that, these tales are not all simply matters of procreation – particularly item 1. So, here is a list of 6 of the more questionable relationships in the Bible.

6
Cain and his Wife 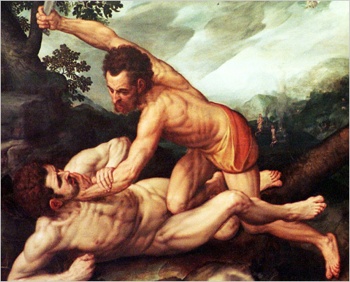 And Cain went out from the face of the Lord, and dwelt as a fugitive on the earth, at the east side of Eden. And Cain knew his wife, and she conceived, and brought forth Henoch: and he built a city, and called the name thereof by the name of his son Henoch. [Genesis 4:16-17]

Cain was the first born son of Adam and Eve, and Abel was the second. In Genesis 4 we read how Cain kills his brother and is sent east of Eden where he marries a woman and “lays” with her. Because Adam and Eve were the first humans – from whom all people come – Cain’s wife was his sister – and, consequently, all of the early Biblical relationships were incestuous (with the exception of Adam and Eve). Cain, incidentally, was the guy that caused so much trouble for the Mormon’s who believed that the cursed “Mark of Cain” meant black skin, leading them to forbid blacks from entering the Mormon priesthood (God “revealed” that they were allowed to let black skinned people in to the priesthood in 1978). You can read more about that blunder here. In the image above we see Cain killing his brother Abel. 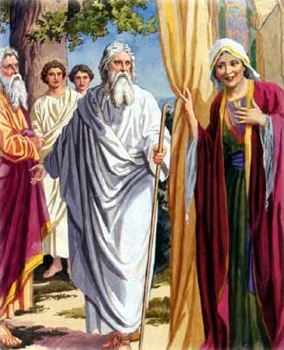 Abraham married his half sister Sara in Ur. The King of Gerara took her from Abraham and God sent him a dream to tell him that he would be destroyed for taking a woman who already had a husband (God approved of the marriage between the brother and sister). The King returned Sara to Abraham and they remained together as a couple until she died at the age of 127. Incidentally, Abraham died 38 years later at the ripe old age of 175. 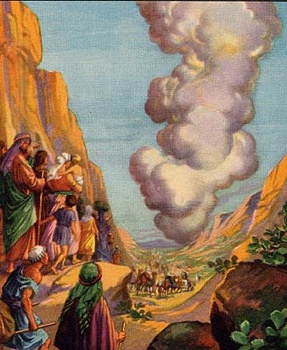 And Thare lived seventy years, and begot Abram, and Nachor, and Aran. And these are the generations of Thare: Thare begot Abram, Nachor, and Aran. And Aran begot Lot. And Aran died before Thare his father, in the land of his nativity in Ur of the Chaldees. And Abram and Nachor married wives: the name of Abram’s wife was Sarai: and the name of Nachor’s wife, Melcha, the daughter of Aran, father of Melcha, and father of Jescha. [Genesis 11:26-29]

This is one of those complex “generations” quotes that are found throughout the early stages of the Bible, but if you pay close attention you can see that Nachor (Abraham’s brother) married Melcha (his niece). It is phrases like those above which make it so difficult to read the Bible cover to cover. Frankly, these parts of the Bible make Proust’s “In Remembrance of Things Past” read like a Doctor Seuss book!

3
Lot and his Daughters 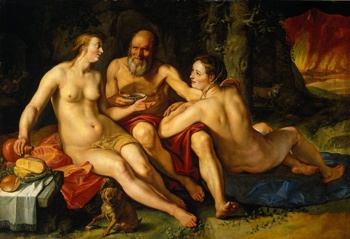 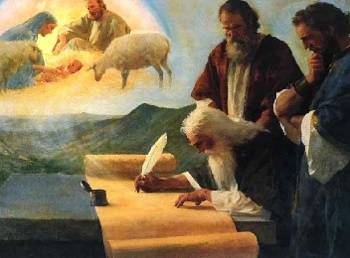 The sons of Merari: Moholi and Musi. These are the kindreds of Levi by their families. 20 And Amram took to wife Jochabed his aunt by the father’s side: and she bore him Aaron and Moses. And the years of Amram’s life were a hundred and thirty-seven. [Exodus 6:19-20]

This is the family history of Moses – the guy who lead the Jews out of Egypt and later was given the ten commandments (which were not actually 10 commandments – more on that here). Jochabed was Moses’ Great-aunty Mom. 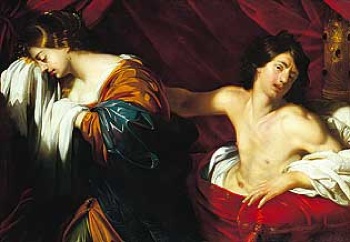 And it came to pass after this, that Amnon the son of David loved the sister of Absalom the son of David, who was very beautiful, and her name was Thamar. And he was exceedingly fond of her, so that he fell sick for the love of her: for as she was a virgin, he thought it hard to do any thing dishonestly with her. [II Kings 13:1-2 ] And Thamar came to the house of Amnon her brother: but he was laid down: and she took meal and tempered it: and dissolving it in his sight she made little messes. And taking what she had boiled, she poured it out, and set it before him, but he would not eat: and Amnon said: Put out all persons from me. And when they had put all persons out, Amnon said to Thamar: Bring the mess into the chamber, that I may eat at thy hand. And when she had presented him the meat, he took hold of her, and said: Come lie with me, my sister. She answered him: Do not so, my brother, do not force me: for no such thing must be done in Israel. Do not thou this folly. [II Kings 13:8-12] But he would not hearken to her prayers, but being stronger overpowered her and lay with her. [II Kings 13:14]

Our final item is not just a case of incest – it is a case of incestuous rape! Amnon fell in love with his sister, Thomar, and was counseled by a crafty man to trick her in to having sex with him. He followed the bad advice and when Thomar tried to defend herself, he raped her. At least justice was ultimately done as Thomar’s other brother, Absalom, killed Amnon two years later in vengeance. Let that be a lesson to us all!