While the creatures that scare humans most are usually large, it is the smallest that are probably the most dangerous and painful. While we can be thankful that most of us will not experience the suffering caused by the creatures on this list, many people do every year. This is not a list of the most deadly, but rather the most dangerous or painful creatures. The list excludes creatures from the sea. 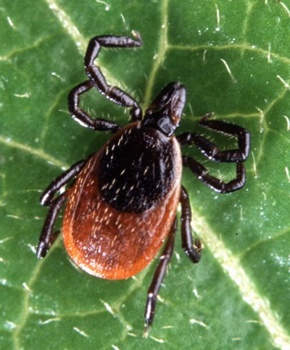 Ticks are second only to Mosquitoes for their disease spreading properties. Ticks feed on blood and attach themselves to other animals (including humans). They can be difficult to remove and removal must be done carefully as they can leave part of their head behind causing serious infection. According to Wikipedia, hard ticks can transmit human diseases such as Lyme disease, Rocky Mountain spotted fever, tularemia, equine encephalitis, Colorado tick fever, African Tick Bite Fever, and several forms of ehrlichiosis. 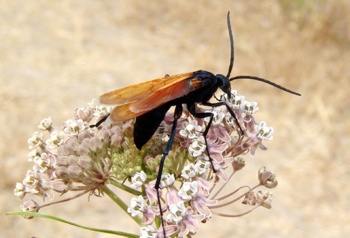 Tarantula hawks are named for the fact that they hunt tarantulas as food for their larvae. It’s sting is rated as one of the most painful in the world (though not as painful as the bullet ant). One researcher described the sting as causing “[…] immediate, excruciating pain that simply shuts down one’s ability to do anything, except, perhaps, scream. Mental discipline simply does not work in these situations.” The Tarantula Hawk is the official state insect of New Mexico. 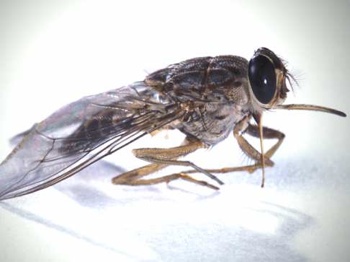 A large biting fly fom Africa that feeds on the blood of vertebrate animals. They are known to cause Sleeping Sickness in humans and Nagana in cattle. Sleeping sickness is a parasitic disease in people and animals that is caused by Trypanosoma, a protozoa transmitted by the tsetse fly. The symptoms for sleeping sickness begin with fever and headache then a swell on the back of the neck. Afterwards, the victim may experience daytime slumber and insomnia. It could lead to death afterwards. 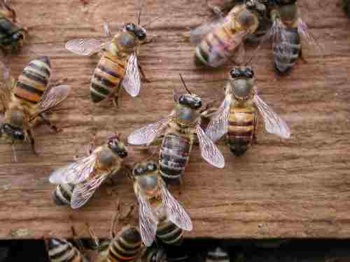 Also called killer bees, are descendants of 26 Tanzanian queen bees that bred with other species after they were accidentally released from a hive in Brazil. What makes the bees deadly is their defensive nature and tendency to swarm. Also, they tend to follow victims even when already far from the hive. This aggressiveness when attacking potential threats ensure a very painful death for the victim. The venom that they secrete, however, is just as potent as a honey bee’s. 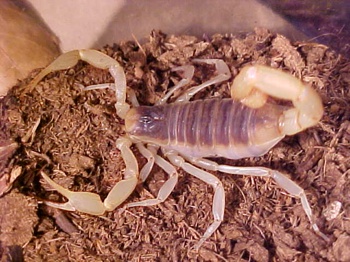 A species of scorpion that is highly dangerous because of its venom. The venom is actually a powerful mixture of neurotoxins. Although, the poison would not kill a healthy adult, it could be fatal to kids and the elderly. Ironically, a component of the venom (peptide chlorotoxin) has the potential to cure human brain tumors while the other toxins may help against diabetes. 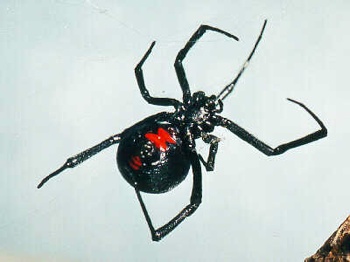 One of the most well-known spiders, especially because its venom could be fatal to humans. The venom is said to be more potent than that of rattlesnakes, however, their size and the amount secreted reduce its effectiveness. Both male and female have an hourglass shaped marking underneath their abdomen. The females are relatively larger than the males and contrary to popular belief, the females rarely eat the males after mating. 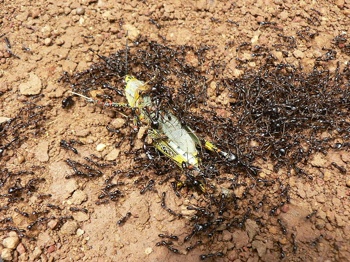 While not dangerous on their own, these ants live and travel in swarms. They are found mostly in Africa and Asia and they build temporary anthills while traveling. The greatest risk these ants pose to humans is when they are swarming through homes. When food supplies are low, these ants will swarm in sizes of up to 50 million single ants. There are reports of humans – usually young or infirm being killed through suffocation (the ants will often enter the lungs of the person) and be entirely consumed. Their mandibles are so strong that in some parts of Africa they are used individually as emergency sutures when medical supplies are not available. 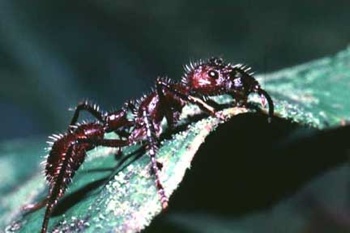 A bite from a Bullet ant will not kill you, but you will never forget it. The Bullet ant (thus named because a bite feels like being shot) inflicts the most painful bite of any creature known to man. It is number one on the Schmidt Sting Pain Index where it is described as causing “waves of burning, throbbing, all-consuming pain that continues unabated for up to 24 hours”. 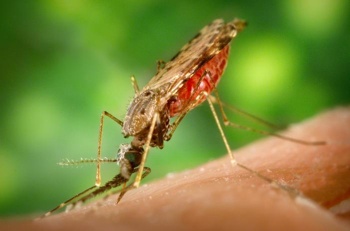 Deemed the most dangerous creature on Earth. This mosquito causes more than 300 million cases of malaria annually, which results in between 1 to 3 million deaths. They can also carry dengue, elephantiasis, and yellow fever. They are usually active during the nightime so one way to protect yourself is to apply insect-repellents and wear longer sleeves.