We have already covered famous fictional speeches, so it seems a good time to discuss non-fictional ones. This list includes the greatest speeches in all time and I have also attempted to put them into order from great to greatest – this is not an easy task and I expect there will be some debate on the order – but debate is good! If you think there are other great speeches that are not included here, please feel free to say so in the comments. I may add to the “notable omissions” section. Before reading, please note that I have only included one speech per person.

Kennedy was inaugurated on January 20, 1960 and on that day he gave this speech. In the speech he asks all Americans to unite against common enemies of tyranny, poverty, disease, and war. To work toward this end, Kennedy created the Peace Corps in 1961. This speech is only one of the many that Kennedy gave and it shows his great talent for rhetoric.

You can see the second half of this speech here, or you can read it in full here. 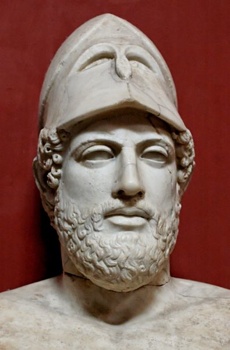 The tribute of deeds has been paid in part; for the dead have them in deeds, and it remains only that their children should be maintained at the public charge until they are grown up: this is the solid prize with which, as with a garland, Athens crowns her sons living and dead, after a struggle like theirs.

Pericles was a statesman and orator in Athens during its golden age. He had such a profound influence on society that his contemporary historians called him “the first citizen of Athens”. This speech was delivered as part of the public funeral for those who died at the end of the first year of the Peloponnesian War. According to Wikipedia, It was established Athenian practice by the late fifth century to hold a public funeral in honour of all those who had died in war. The remains of the dead were left out for three days in a tent, where offerings could be made for the dead. Then a funeral procession was held, with ten cypress coffins carrying the remains, one for each of the Athenian tribes. The procession led to a public grave (the Kerameikos), where they were buried. The last part of the ceremony was a speech delivered by a prominent Athenian citizen (in this case, Pericles). 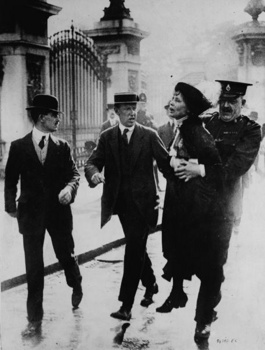 You have left it to women in your land, the men of all civilised countries have left it to women, to work out their own salvation. That is the way in which we women of England are doing. Human life for us is sacred, but we say if any life is to be sacrificed it shall be ours; we won’t do it ourselves, but we will put the enemy in the position where they will have to choose between giving us freedom or giving us death.

Pankhurst was one of the leaders of the British suffragette movement before World War I and her name is the one most commonly associated with the group. She was arrested on a number of occasions and it was between imprisonments that she travelled to America and gave the speech here. It was not until 1928 that women were granted fully equal rights of voting as men in Britain. 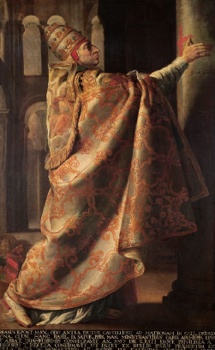 You have thus far waged unjust wars, at one time and another; you have brandished mad weapons to your mutual destruction, for no other reason than covetousness and pride, as a result of which you have deserved eternal death and sure damnation. We now hold out to you wars which contain the glorious reward of martyrdom, which will retain that title of praise now and forever.

Pope Urban II (French born Otho de Lagery) is best known as the Pope who started the first crusade. It is with the speech here that he declared the crusade open at the Council of Clermont. The first crusade was called in order to help the Byzantine Emporer fight against the Islamic rulers in the Holy Land. The crusade was a success and the Kingdom of Jerusalem was created as a result. In addition to starting the first crusade, Pope Urban II created the Roman Curia (a group of Bishops who help in the day to day running of the Church), and was considered a great diplomat. 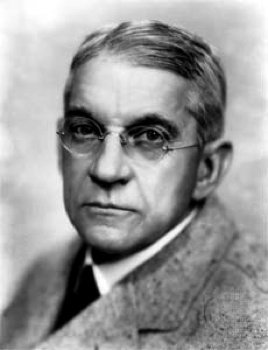 A borrowed book is like a guest in the house; it must be treated with punctiliousness, with a certain considerate formality. You must see that it sustains no damage; it must not suffer while under your roof. You cannot leave it carelessly, you cannot mark it, you cannot turn down the pages, you cannot use it familiarly. And then, some day, although this is seldom done, you really ought to return it.

Phelps was an author and a scholar who taught at Yale University in the English department for 41 years. This speech is included because it is a great treatise on books and reading. It was read over the radio one year before the Nazi’s began their systematic destruction of books in Germany which did not match Nazi ideals. 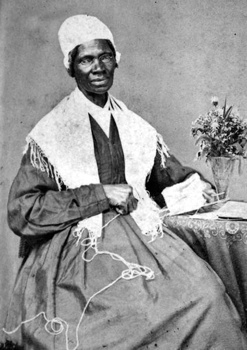 Sojourner Truth was a slave woman freed by the abolition of slavery in New York. She became a well known support of the abolitionist cause, traveling around the US. The speech here was delivered in 1851 at the Ohio Women’s Rights Convention. In 1872 she tried to vote in the presidential election but was turned away at the polling place. She died in 1883.

During my lifetime I have dedicated myself to this struggle of the African people. I have fought against white domination, and I have fought against black domination. I have cherished the ideal of a democratic and free society in which all persons live together in harmony and with equal opportunities. It is an ideal which I hope to live for and to achieve. But if needs be, it is an ideal for which I am prepared to die.

Due to a tip-off from the CIA, Mandela was arrested in 1962 for inciting people to strike and leaving the country without a permit. He was sentenced to five years in prison. In 1964, the government brought further charges including sabotage, high treason and conspiracy to overthrow the government. This speech is his opening statement at the trial.

I say to you today, my friends, so even though we face the difficulties of today and tomorrow, I still have a dream. It is a dream deeply rooted in the American dream. I have a dream that one day this nation will rise up and live out the true meaning of its creed: “We hold these truths to be self-evident: that all men are created equal.” I have a dream that one day on the red hills of Georgia the sons of former slaves and the sons of former slave owners will be able to sit down together at the table of brotherhood.

King delivered this speech on the steps of the Lincoln Memorial during the March on Washington for Jobs and Freedom. The speech is seen as a turning point in the struggle for equality that black Americans were suffering. The speech was ranked Top American Speech by a poll of scholars of public address. The famous part of the speech (“I have a dream”) was not actually written down – King ad-libbed this section. 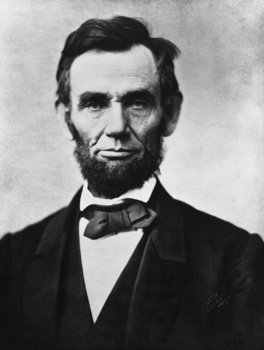 Four score and seven years ago our fathers brought forth on this continent, a new nation, conceived in Liberty, and dedicated to the proposition that all men are created equal. Now we are engaged in a great civil war, testing whether that nation, or any nation so conceived and so dedicated, can long endure. We are met on a great battle-field of that war.

The Gettysburg address is the most quoted speech in US history and is the most famous of Lincoln’s. The exact wording of the speech is not known as the five original copies that still exist all differ slightly and differ from contemporary newspaper texts. The speech was delivered at the dedication of the Soldiers’ National Cemetery in Gettysburg, Pennsylvania, on the afternoon of Thursday, November 19, 1863, during the American Civil War, four and a half months after the Union armies defeated those of the Confederacy at the decisive Battle of Gettysburg.

1
We Shall Fight On The Beaches
Winston Churchill, 1940

This speech was given shortly after Winston Churchill became Prime Minister. It was the second of the three well known speeches given by Churchill during the Battle of France (the others being “Blood, toil, tears, and sweat”, and “This was their finest hour”). The speech was given in the wake of withdrawal of British forces from from France at Dunkirk. Churchill, a master rhetorician, used anaphora (see item 3), asyndeton (see item 9), and Germanic root words (see item 3 here) throughout the speech to give it more impact.

Well George, we knocked the bastard off.

This famous line was spoken by Sir Edmund Hilary after he and Sherpa Tenzing had conquered mount Everest. I have included it here (even though it is not truly a speech) because it is such a great line and has the force of a speech!

Notable omissions: Patrick Henry’s “Give me liberty or give me death”

This article is licensed under the GFDL because it contains quotations from the Wikipedia articles: Gettysburg Address, and Pericles’ Funeral Oration