Many have tried but only a handful of professional athletes are able to make the crossover into a successful acting career. We may not see them walk onto a stage and receive an Emmy or an Oscar but some have become very successful in their second careers and have also turned into some fairly respectable actors.

The criteria I used for this list is they had to have played a sport professionally. For the “order” criteria (which was not easy) I took into consideration their body of work in both their sports career and their acting career. I also considered their acting ability and their overall success as an actor. I am not including any professional bodybuilders or professional wrestlers in this list because stage presence and theatrics are already exhibited in these two sports. 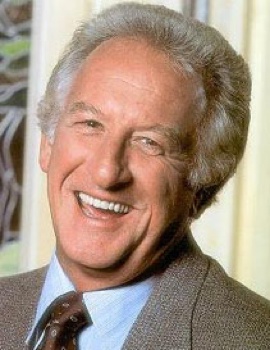 It just seems fitting that Bob Ueker should come in at number 12 but at least he made the cut. After his lackluster baseball career Uecker made the most of it by making fun of himself and describing his experiences on the talk show circuit and then started appearing in several TV shows & movies. His line “Just a bit outside” from the move Major League is still a classic. He later was one of the main characters in the TV series Mr. Belvedere which aired from 1985 to 1990. 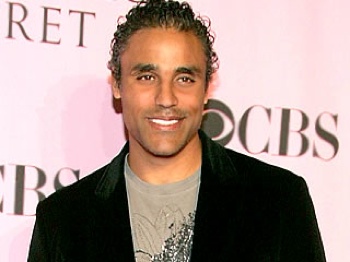 It is may be a little too early to tell if Fox will have a really successful acting career but he has shown some real promise appearing in shows like HBOs Oz and in a couple of episodes of Ugly Betty. 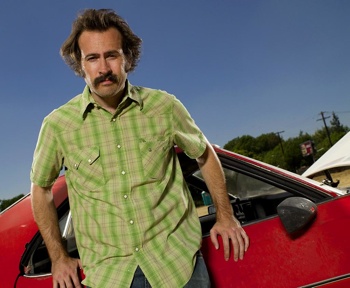 Professional skateboarding is not exactly the sport you might think of when you hear about pro athletes becoming actors. However when you think of the skill level and the athletic ability involved along with the competitiveness I think it deserves to be here with the other sports.
Jason Lee is the youngest on the list and also probably the one with the brightest future as an actor. Lee is just perfect as the character Earl Hickey in the TV series My Name is Earl which started airing in 2005. Lee also recently appeared in the movie Alvin and the Chipmunks and was also the voice of Underdog which was released in 2007. 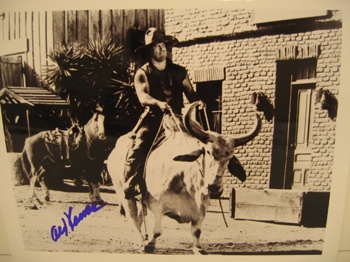 Who can forget Karras’s great performance as Mongo in Blazing Saddles?
He later proved to be a successful actor as he appeared in more movies and many television shows including Webster in which he was one of the main characters along with his wife Susan Clark. 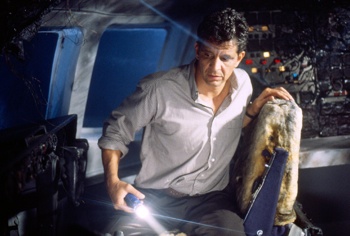 Ed Marinaro has appeared in several movies and television shows but is best known for the character Officer Joe Coffey on Hill Street Blues which aired from 1981 to 1987. 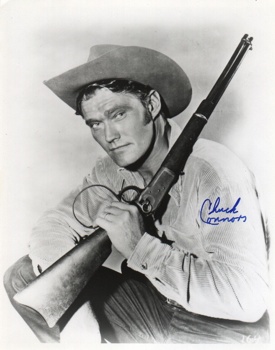 Pro Sports Career: Played baseball for the Chicago Cubs & Brooklyn Dodgers from 1949 to 1951. Connors also played basketball for the Boson Celtics from 1946-1948.

When watching old reruns of The Rifleman many people are not aware that Chuck Connors had another life as a professional athlete before his acting career. Although his athletic career was not exactly stellar Connor’s is one of only 12 people who played both pro baseball & pro basketball. Connor’s was also in dozens of movies besides his popular television show which ran for 6 years. 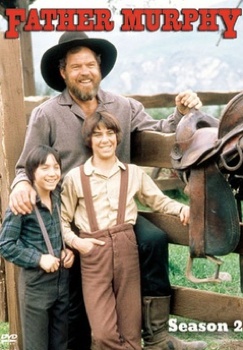 Pro Sports Career: Played football for the Los Angeles Rams from 1962-1976 and was known as one of the “The Fearsome Foursome”.

Merlin Olson is best known for his series Father Murphy which lasted from 1981 to 1983. He also appeared in many episodes of Little House on the Prairie as the character Jonathan Garvey from 1974 to 1983. 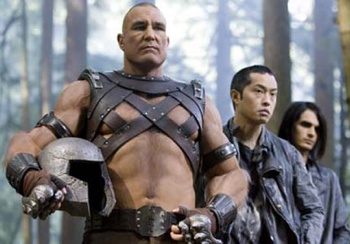 Not following English football I was not aware that Jones was a former professional athlete when I saw his solid performance in the movie Swordfish. Later I learned about his impressive soccer career. He seems to have great screen presence and continues to be a very busy actor and is now starring in most of his movies. 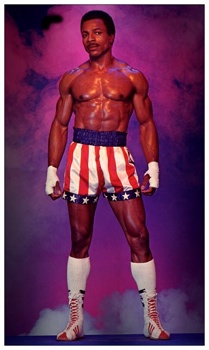 Carl Weathers was perfect in the roll as Apollo Creed in the Rocky movies. He also has proven his acting ability in several TV series including Street Justice which aired from 1991 to 1993. 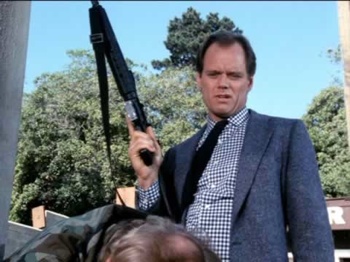 Fred Dryer is best known for his starring roll in the TV series Hunter as Det. Sgt. Rick Hunter which lasted for a very respectable 7 years from 1984-1991. Dryer also directed several of the Hunter episodes. He later produced and starred in another TV series called Land’s End. 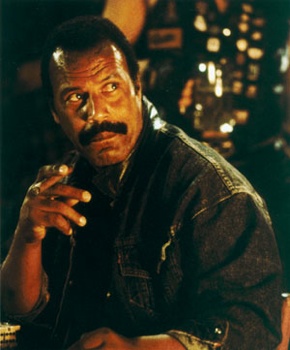 Williamson kept busy in movies and TV for over three decades. Although many have criticized him for starring in several movies that are considered black exploitation (blaxploitation) films no one can argue that Williamson has made his mark on the film industry. Williamson also produces, writes & directs. Recently Williamson displayed good comedy instincts playing Captain Dobey in the movie Starsky & Hutch. 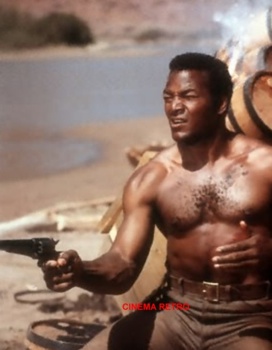 Pro Sports Career: Played football for the Cleveland Browns from 1957 to 1965.

Sure it would be nice to see Jim Brown take on more versatile roles but when you consider he was one of the greatest football players ever along with his very successful movie career it is hard to deny him first place on this list. Everyone remembers his performance in The Dirty Dozen which launched his movie career. Since then he has starred in over 30 movies and also produces and directs.