When we completed our Top 10 Worst US Presidents, we knew that we would eventually write a top 10 best presidents; fortunately for us Ro has done us the service of writing it himself. So, following on from our previous list of presidents, here are the ten best. As usual, name your preferences in the comments if you don’t agree. 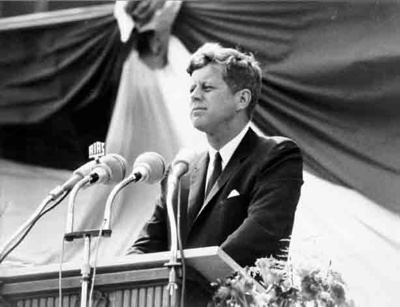 John F. Kennedy was one charismatic president. He brought many teachers, writers, scientists and different intellectuals into the government. His inaugural speech was one of the modern greats as he called for service to his countrymen. He established the Peace Corps in order to help the undeveloped nations and was very devoted to working hard for new civil rights laws. He wanted to improve his country’s relation with the then Soviet Union but it was to no avail as the all powerful congress thought otherwise. This became further unrealistic when the Russians started to send missiles to Cuba. This brought the two countries to the verge of war but Kennedy was determined to avoid it at all cost and diffused all the tensions brilliantly. He had the power to inspire and considering that he only served as the president for a brief stint of about two years before being assassinated, he achieved a lot. 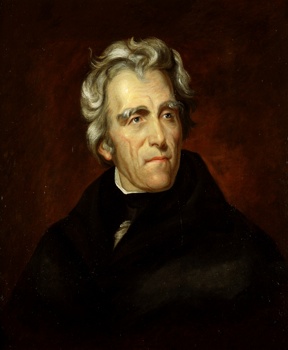 Andrew Jackson was a fearless president right from the beginning. He easily was the best president ever to serve the army – going well past the excellence of George Washington, smashing the British in the war of 1812 and then playing the paramount role in taking Florida from Spain. So during his presidency there was no shortage of courage as he demonstrated how great a role the president had to play, by undertaking the responsibility of getting people the laws they wanted instead of leaving everything up to the Congress. The Tariff act was passed in 1832, which would be significant to America’s economy forever. When North Carolina had other opinions about the act, Jackson made it clear that no state had the right to break national laws and threatened to use the army if necessary to save the union. He proved too strong and a compromise was worked out. 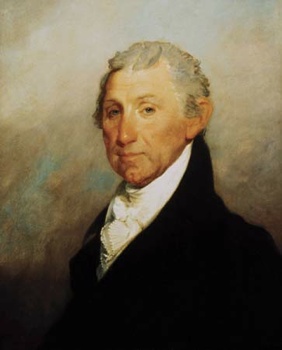 James Monroe’s presidency became known as the era of good feeling. He took trips around the country to know more about what was going on in the minds of people and what they wanted. He settled tensions between England and America by coming to an agreement of reducing the number of ships present in the great lakes which triggered a wave of friendly cooperation and peaceful negotiations which still exists today between the countries of America, England and France. He avoided war rather magnanimously and only wanted Florida and no more and took it effortlessly from Spain by using minimum force. The Missouri compromise was signed which allowed Missouri to be a slave state but make sure that all further states up north would be non slavery states. He also signed and ensured the Monroe Doctrine which forbade all European countries making new colonies in the Americas. 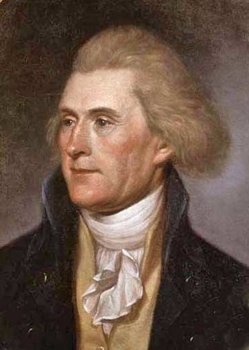 Thomas Jefferson cared passionately about his country and put the interests of the people before his. He cut down on the army and the navy as he thought that a country should be run cheaply as possible so there would always be money for bigger developments when the need came. He was successful in buying from France the whole Louisiana territory, stretching from the Mississippi river to the Rocky Mountains and henceforth doubled the size of his country. When there was a threat from the Barbary pirates based in Africa, he utilized his navy to attack these pirates which once again ensured the smooth flow of American ships through the Mediterranean Sea. He was on very good terms with the people and mostly likely would have been reelected; instead he stepped down as president, believing that no one should run for more than two terms for democracy to be sustained in the land of the free. 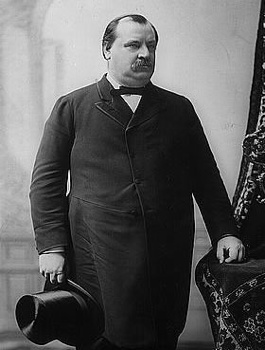 Grover Cleveland was a tremendously hard working president. He began to reform the federal government and at the same improved civil service to get better workers. He forced the railroads to return 81 million acres of government which they had taken illegally. He took care to scrutinize every bill the congress passed and vetoed many of them which he thought weren’t beneficial to his countrymen. As he worked so fervently he never turned a deaf ear to any one of the country’s problems and even boosted the navy by getting them the best ships. When a railroad strike in Chicago interfered with the mail he sent the federal troops at once to clear up the matter. He totally imbued his virtues of hard work and honesty into the federal government which indeed made it very efficient and also gained confidence from the people. Cleveland really is the most underrated president ever in United States history. 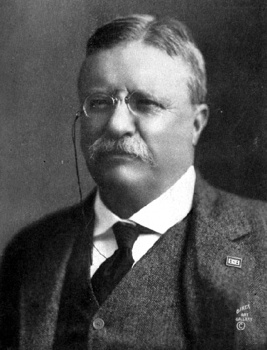 Theodore Roosevelt became the youngest ever president when he took the oath and he brought his exuberance into the office as expected. He controlled trusts so that small businesses and workers were not exploited. He wanted every one to have a square deal which was eponymous to his administration’s name. He got congress to pass laws which protected the people from impure food and drugs and forced the owners of the coal mines during that time to pay better wages to its laborers. He is recognized as having done more than any other president to save the natural resources of USA. Roosevelt established national parks and more than 125 million acres of national forests. A firm believer in having a strong navy, he also got congress to build new battleships and cruisers. It was for the objective that the navy could move easily from one ocean to the other and also for trade purposes that he built the Panama Canal. 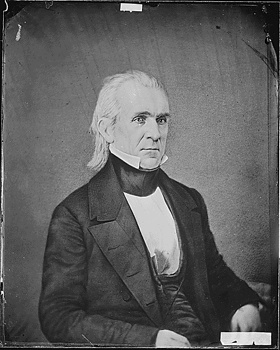 James Polk was one of the few presidents who made his agenda clear and actually went on to accomplish every one of his preplanned goals. Under him the congress passed laws to set up a national treasury and to lower the tariff, just as he had said he wanted to. He avoided war with England and split the Oregon territory between the U.S and Canada which remains the present day border. Despite having settled the Oregon issue so peacefully, the same proved more difficult in the case of California. Mexicans wouldn’t sell their land and the revolutions he tried to stir up there all failed. But he couldn’t let this last promise of bringing California under the union fall apart so he persevered. Slowly over the course of the next few months he bullied Mexico in to a war it didn’t want to fight. America won and took not only California but what is now all of Nevada and parts of Utah, Arizona and New Mexico. 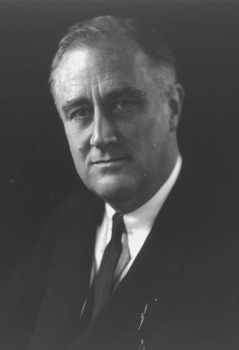 FDR was faced with the immediate problem of depression as soon as his arrival to the oval office. He declared bank holidays which closed all banks; they were then opened a few at a time with government help. He got congress to pass laws which helped farmers, small businesses and people who were about to lose their homes during that time. He kept moving on with his social reforms which changed the course of American government. Just when things started to return back to normal and the people grew in confidence, World War 2 commenced. He wanted the allies to win to protect democracy all over the world and kept sending more and more supplies to the British to overcome the forces which threatened freedom. America eventually joined in the war. He saw the USA through two grave crises and his last great achievement was to lay the foundation of what would later be the UN. 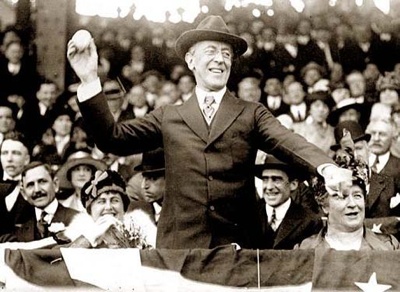 Woodrow Wilson was an admirable principled president. He got congress to lower the tariff and he reformed the national banking system. He also got the congress to declare that it wasn’t against the law for working men to go on strike. When world war one started his aim was clearly to stay out of it, he instead looked forward to help the warring countries to make peace. When German submarines bombed American ships in the Atlantic without warning, the USA was engaged in the war. More than anything else Wilson wanted this to be a war to end all the wars. Even at the time of fighting, he drew up his famous 14 Point Peace plan. The most important of these called for a League of Nations which would settle future rifts between nations. Germany had surrendered and the League of Nations was formed. But without the approval of the U.S senate America couldn’t join and without the USA the body was rendered useless. But Wilson kept traveling around the country making speeches in favor of the league. He left a legacy for peace which people still dream about. 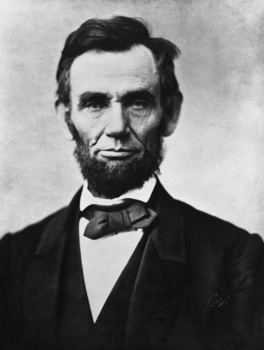 Abraham Lincoln became the president when everything was going wrong for the USA. There were still a number of Border States which were left undecided on whether to stay in the Union or not, he wanted to hold on to these states if he possibly could. Secondly a lot of Northerners believed that neither the Union nor slavery was worth fighting about. Fighting a war at that time would mean a lot of people not supporting him. He had the gifted ability to make the people understand what he was doing and when Civil War broke out he made them understand that the USA was the only genuine democratic government in the world and his job was to hold the Union together. Since slavery had started this whole mess in the first place, he believed that it had to perish for the nation to live. He issued the Emancipation Proclamation and worked for the 13th amendment to ban slavery. Although these did not effectively ensure the end of slavery, it won sympathy for the North throughout the world which culminated into its victory in the end. He had no plans for revenge and just wanted to restore the union as soon as possible, bu, alas, he was assassinated. He is arguably the most mourned president ever.