No one can deny the amazing beauty and abilities of the big cats of the world. Because so many are sought after for their fur, their numbers are in decline. This is a list (which is by no means exhaustive) of 10 amazing big cats. The ten cats were selected because they either have a creative way of hunting, an amazing coat pattern, or are simply awe inspiring. 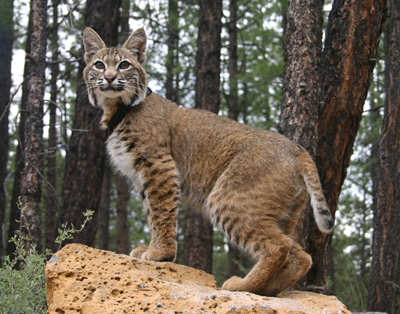 The bobcat is a North American member of the big cat family. As a predator, it inhabits wooded areas, desert edges, semi desert edges, and swampland environments. The bobcat’s diet consists of: rabbits, hares, deer, small rodents, and even insects. Similar to many other big cats, the bobcat is a solitary hunter. Each bobcat will use a single method to mark its territory. Although bobcats are hunted by humans, for both sport and fur, their population is under no immediate threat at the time. However, continuous hunting of bobcats could jeopardize their population. Bobcats will travel for the last three hours of sunlight and three hours after sunrise. They are also very skilled at adapting to a new environment. This is a very important skill for the animal because humans have a tendency to invade a their habitat. The grayish brown coat, black-tipped ears, and whiskered face resemble many species of lynx. The bobcat may be considered a “big cat” but in relation to other big cats, it is very small in size. In fact, it is only about twice as large as a domesticated cat. 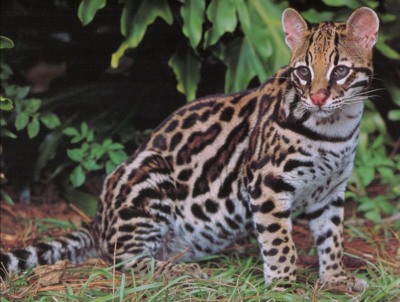 The ocelot is famous for looking extremely similar to a domestic cat. Its fur may resemble that of a clouded leopard or jaguar. Regrettably this amazing coat has made them a valuable hunting target. Ocelots often hunt for lizards, amphibians, deer, rodents, and frogs. Ocelots are mostly found in South America, Central America and Mexico. Ocelots were considered endangered during the 1980s but have since been removed from the endangered species list. They are rarely seen together and enjoy resting in dense foliage. They are exceedingly territorial and will sometimes fight to the death at the invasion of land. Since ocelots are nocturnal, they have the best night vision of the big cats. 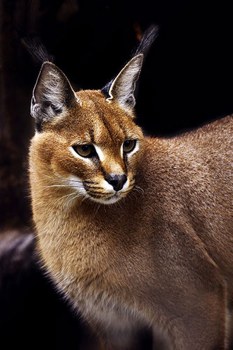 The caracal cat is also known as the Persian or African Lynx. It is closely related to the African Golden Cat. They are best known for their extraordinary climbing and jumping skills. The Caracal is distributed over Africa and Western Asia and will usually hunt alone at night. They are best known for their amazing ability to snatch birds out of the sky but their diet also consists of antelope, gazelle, rodents, and the occasional ostrich. When a caracal catches its prey, it will shear the meat off the skin so they won’t have to eat the fur of the animal. If food is scarce, it will eat bird feathers and even rotten meat. A sighting of a caracal cat is extremely rare because they are also very skilled at hiding from humans. 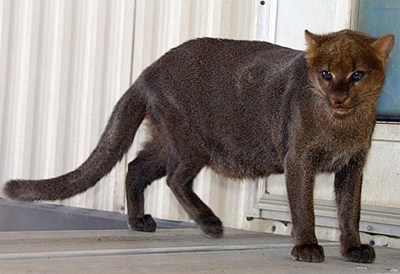 The Jaguarundi is found in Mexico and Central and South America. It is said to resemble an otter because the coat is a solid color (except for the spots they have at birth) and it has rounded ears. There has been no desire for this animal’s fur but the Jaguarundi is suffering due to the loss of habitat. Many Spanish speaking countries call the Jaguarundi “leoncillo” which means “little lion”. Unlike many big cats, this cat hunts during the day. They usually eat rabbits, hares, birds and sometimes fruit. Most Jaguarundis live in low brush places near running water. 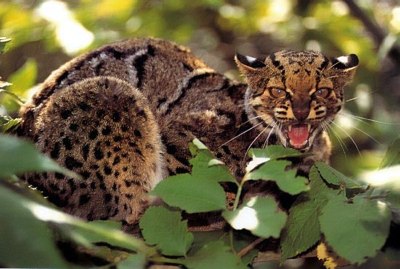 Almost matching the size of a domesticated cat, the marbled cat is one of the smallest of the big cats. The cat’s 45cm tail will sometimes be used as a balance when hunting. The marbled cat’s range stretches from parts of India to southeast Asia. Their diet consists of squirrels, reptiles and birds. Unfortunately, this cat is rarely studied because they are extremely difficult to spot. Their population is said to be under 10,000 because of their shrinking forest habitat. Scientists have discovered that the marbled cat is closely related to Asiatic Golden Cats. Looking at the picture, it is obvious where the cat got its name from. 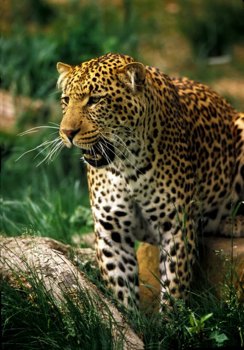 The jaguar is the third largest big cat in the world. It is the national animal of Brazil. Jaguars closely resemble leopards but are much larger. It is also one of the few big cats that enjoys swimming. They are solitary predators and are known to regulate the populations of prey species. The powerful bite of the jaguar allows them to break through shell and hard reptile skin. Sadly, their numbers are dropping quickly and are nearly threatened because they are often killed by humans. Jaguars’ short, stocky limbs make then skilled in climbing, crawling and swimming. 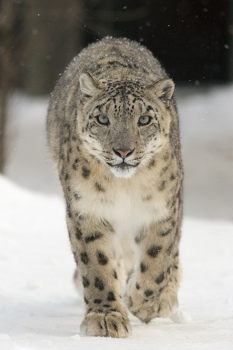 The snow leopard lives in the mountain ranges of Central Asia, Afghanistan and many other parts of the world. Its life span is usually about 15-18 years. It is about the size of a regular leopard but has a long tail that is used for balance in rugged terrain. They may live in caves in mountainous regions. There are estimated to be about 5,000 snow leopards left, making them an endangered species. The snow leopard will occasionally kill prey three times its size. Their diet consists of ibexes, boars, and deer. A snow leopard will not fight hard for its territory. 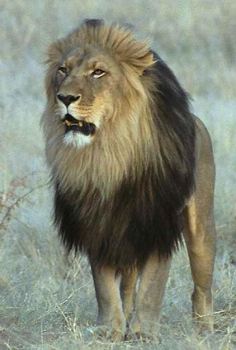 Lions usually inhabit savannah and grasslands and will sometimes be found in forests. A group of lions is called a pride which consists of females, lion cubs, and a few male lions. The female lions usually do the hunting in groups (males will rarely ever hunt). The lion is known as a vulnerable species with a population decline of 30-50 percent. A male is recognized by its mane. The lion is the second largest feline in the entire world. The color of their coat is usually a light yellow. Lion cubs are born with spots on their body but they disappear as they mature. The diet of a lion includes wildebeest, impalas, zebras, and buffalo. 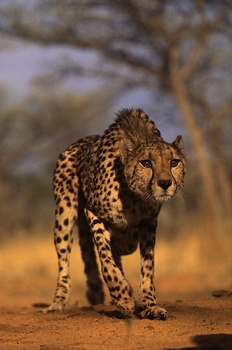 Many people classify the cheetah as the world’s fastest land animal with the ability to reach speeds of 70 miles per hour. The round, black spots on the cheetah help them to camouflage when hunting. The head of the cheetah is said to be small compared to other big cats. They will eat mostly mammals including gazelles, wildebeests, and zebras. When a cheetah sprints for its prey, its body temperature becomes so high that it would become fatal if kept at that level for a long period of time. Cheetahs are on the World Conservation Union list of vulnerable species. There are said to be about 12,400 cheetahs left in the wild. 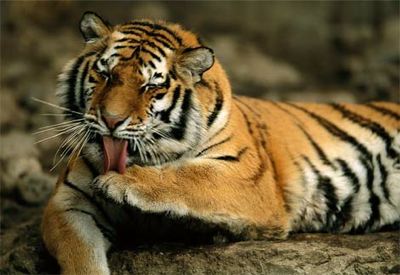 Tigers are usually found in southern and eastern Asia. Like many big cats, they are territorial and solitary. The dark, vertical stripes that overlay the reddish orange color is one of the most noticeable characteristics of the tiger. They are featured in many forms of ancient mythology. Tigers living in the wild will usually prey on animals such as buffalo, boar, deer, and sometimes leopards and pythons. In the wild, tigers can leap up to 16 feet. They always live close to water because they enjoy bathing. Unfortunately, the tiger is one of the Big Five Game animals of Asia.