Dogs have definitely won the propaganda war when it comes to pet popularity. Dogs are man’s best friend while cats are those aloof animals who will only occasionally allow a human to touch them. For all their stand-offish behaviour humans still tolerate cats enough to let them poop in a tray in their homes. Yet sometimes a cat repay their owners and will show them that feline affection is a real thing. Sometimes their displays of love are downright heroic.

Here are ten cats that have saved lives. 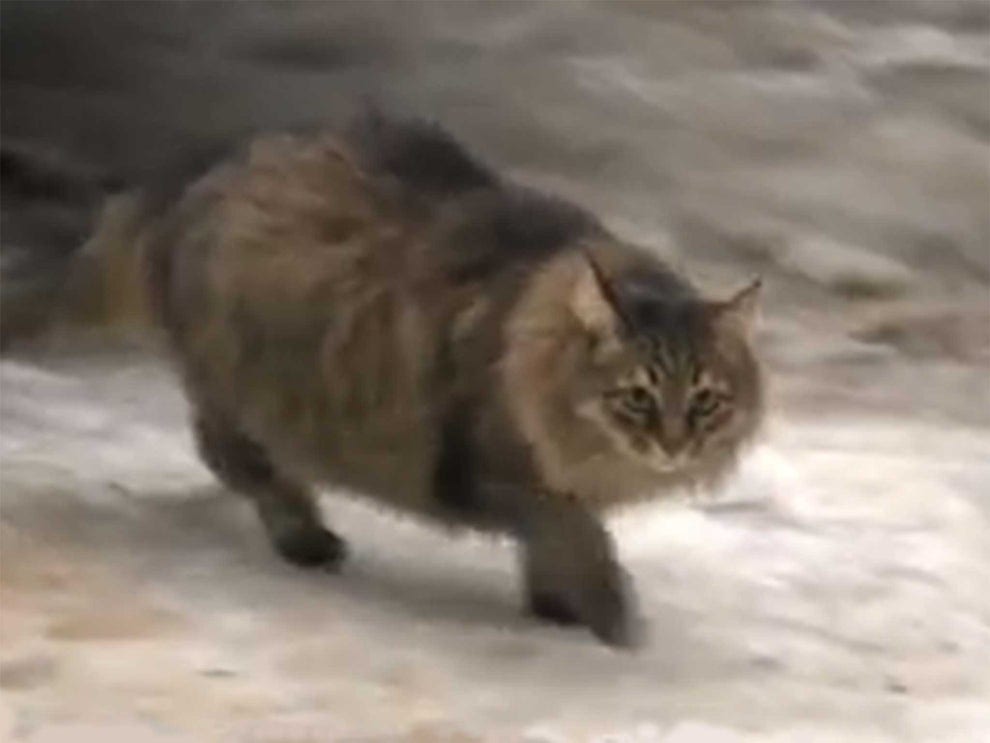 When a tiny baby, less than 12 weeks old, was abandoned by his parents in Russia the outlook for his survival was not good. The weather was brutally cold and it looked unlikely that the child would survive the night. The infant was saved however by a local cat named Masha.

Many people fear having a baby and a cat in the same house because of the risk of a cat deciding that the baby’s face is an ideal spot to sit. In the case of Masha it was by climbing on top of the baby that they saved the child. Perhaps because the baby was in a box it was doubly irresistible to the cat.

Masha’s warmth kept the child alive and by meowing loudly was able to draw the attention of a neighbour. The child was taken to hospital and cared for while a search was made for his parents. Masha was rewarded with large quantities of treats and petting by admiring residents of the nearby apartment block.[1] 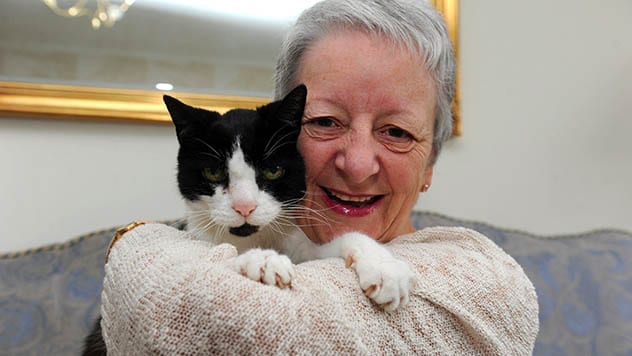 Dogs have long been trained to detect things no human could sense. They have even been put to work in medicine where a dog’s nose can pick up the chemical signatures of diseases as diverse as Parkinson’s, Malaria, and Cancer. Training a cat is slightly more tricky. Sometimes though a cat can spontaneously show this amazing ability.

Sue McKenzie had spent twenty years living with a cat called Tom who very rarely showed her any affection. One day however Tom began to repeatedly bat at the back of his owner’s neck and meow loudly. Worrying her elderly cat was showing signs of an illness she took him to the vet. When the vet found nothing wrong with Tom it was suggested that maybe Sue was the one who needed help.

A scan revealed a cancerous lump. The doctors successfully treated Sue but gave her a stern lecture on always listening to her cat. Sue could not have known Tom would save her life when she welcomed the young stray into her home.[2] 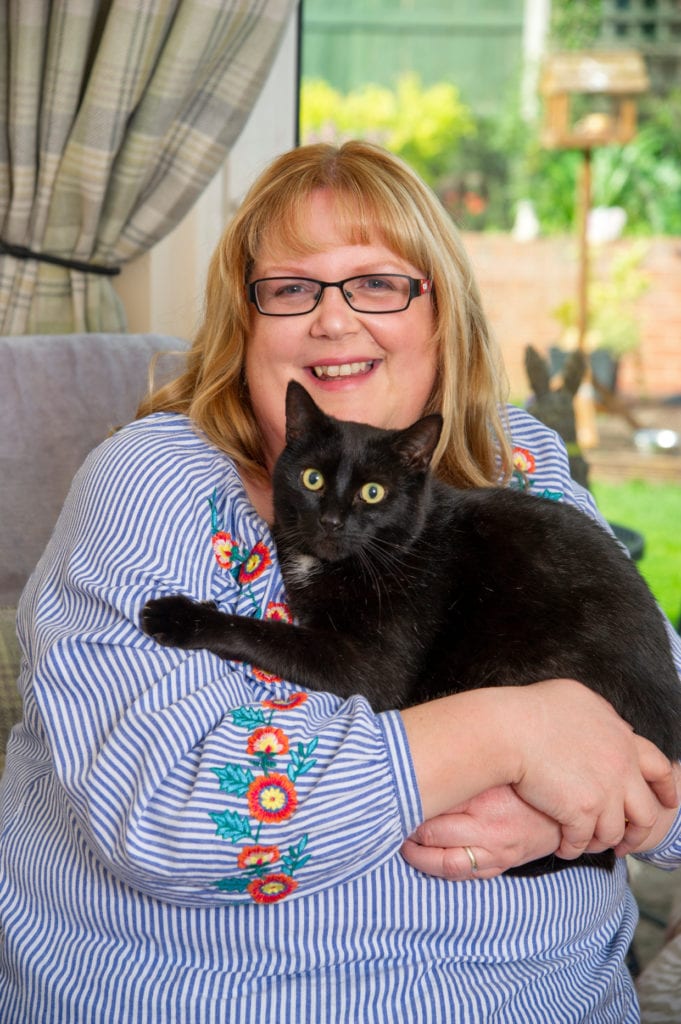 Rescuing an animal can be one of the best things a person can do. Not only do you give another living thing a home the animal repays you with companionship and can improve your mental and physical health. For Hazel Parkyn her rescue cat Walter has saved her life over 50 times.

Hazel suffers from diabetes and her blood sugar level sometimes drops dangerously in the night as she sleeps. When this happens Walter detects it, perhaps by smelling chemical changes, he smacks her in the face to wake her up. This allows her to treat the low blood sugar before it becomes dangerous.

Ironically Hazel had bought a dog in hopes of training it to warn her if she was in danger. The dog proved to be useless in this task while Walter sits by Hazel’s bed at night ready to pounce.[3] 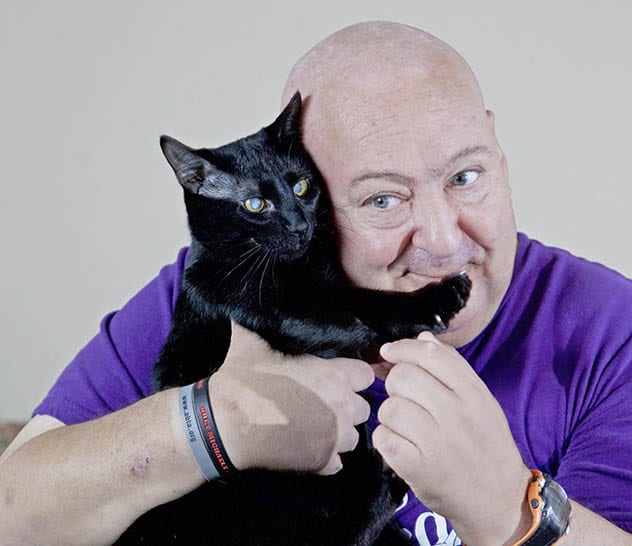 Cats are not always the most gentle of doctors. If a patient is about to suffer a seizure it is not usual medical practice for a doctor to bite them. Biting, however, is exactly what Blake does to his owner.

Glen Schallman has a range of illnesses that can bring on dangerous seizures at any time. While he might be able to detect the signs of an oncoming episode during his sleep a seizure could prove fatal. When he adopted Blake however he found that the young cat was giving him advance warning of an attack – by biting his toes.

Glen is now the oldest person ever recorded with his combination of illnesses and this can in part be put down to the tender ministrations of his feline protector. Blake was not trained to act as a guardian over his sleeping owner but has proved to be a trustworthy nurse.[4]

Despite their reputation as man’s best friend dog can, sometimes, turn against humans. A dog bite can be a serious thing and is particularly risky for a child. When Jeremy, a four year old boy with autism, was attacked by a dog he might have sustained serious injuries.

Jeremy was riding his bike outside his home when Scrappy, a neighbour’s dog, grabbed his leg and began to shake him violently. It was then that Jeremy’s family cat Tara literally leapt into action. She launched herself at the dog. The dog turned tail and ran back to his home. Jeremy was left needing seven stitches but his injuries could have been much worse.

Tara was a stray that had followed the family home from the park one day. In return for her bravery against the larger dog Tara has since gone on to fame and acclaim. As well as multiple awards she has ‘thrown’ out the opening pitch at a baseball game and June the 3rd was named as “Tara the Hero Cat Day.” 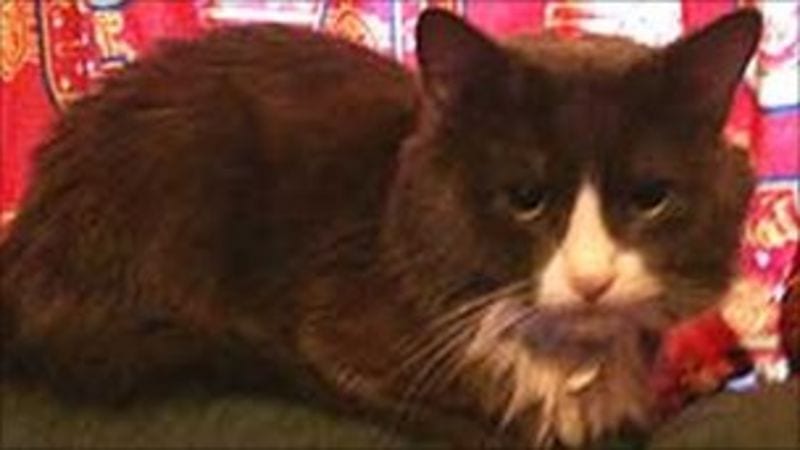 When a fire broke out in the night at a family home it was not a fire alarm that woke the sleeping family member but their cat Bandit. Bandit ran to the bedroom of owner and scratched her face to wake her up. Most people would be upset by a cat scratch but Bandit’s owners had reason to be happy. Able to call a fire engine their house, and lives, were saved.

The family owned several animals but the other three dogs, four cats, four kittens, and their hamsters and gerbils proved less helpful in their rescue. All the animals and humans in the house were saved.

Had they not been woken by Bandit the billowing smoke in the house might have smothered everyone inside to death. The local fire brigade was quick to praise Bandit’s heroic efforts – but they also suggested that people should invest in fire alarms rather than relying on their pets.[5] 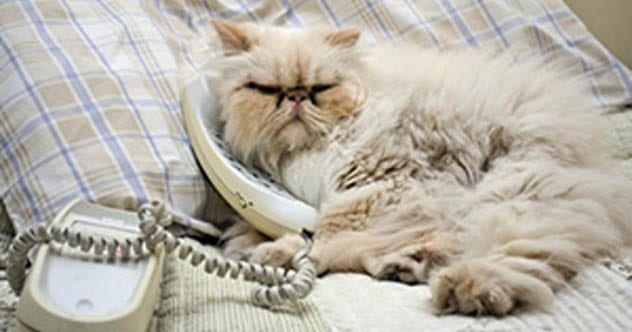 Sometimes a cat can call for help in a literal way. When Gary Rosheisen fell from his wheelchair in his home there was no way for him to reach the telephone to call for help. Yet police turned up and were able to help him anyway. The puzzle was how the police had known to come out.

The police had received a 911 call but no one was one the other end. When they phoned the number back there was no answer so they decided to check the address of the phone call to make sure that everything was okay. It was then that they found Tommy the cat next to the phone.

His owner had once tried to teach Tommy to call 911 in an emergency but did not think it had stuck in the cat’s mind. Making matters easier for Tommy was the fact that 911 was on speed-dial given his owner’s ill-health. With one button Tommy saved the day.[6] 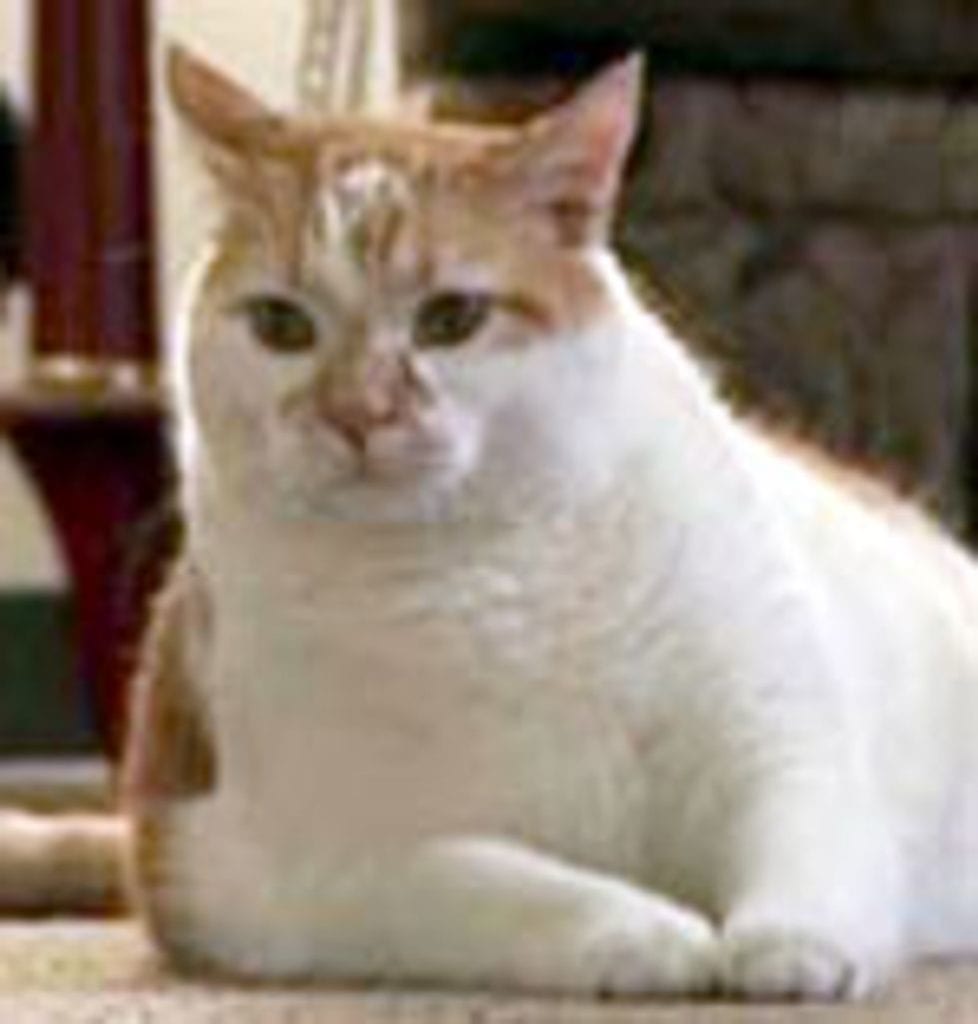 Claire Nelson took a chance when she adopted a cat called Rusty. Because the cat was quite old most people had passed it by in search of a cuter kitten. Rusty would pay back his new owner almost immediately however.

When she began feeling a little unwell Rusty started acting very strangely. Normally incredibly mellow, as most cats tend to be, Rusty became anxious and would not leave her side. When Nelson tried to lay down the cat jumped up on er chest and would not let her go to sleep. Unable to go to bed and still not feeling well Nelson finally decided to visit the doctor. While waiting for a bus she took a turn for the worse and called 911.

Doctors found that Nelson had suffered a heart attack and needed emergency surgery. Without Rusty causing a fuss she may have gone to bed and never woken up again.[7] 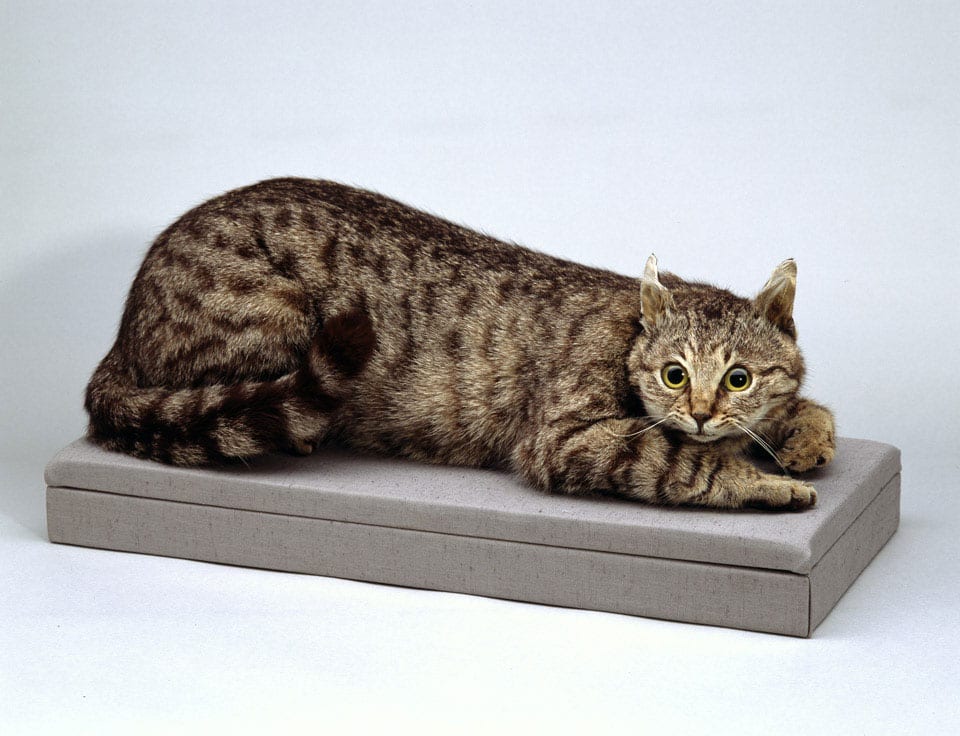 The Crimean War of the 1850s saw Russia fighting an alliance of the British Empire, France, and the Ottomans. During the fighting the Russians holding the city of Sevastopol were put under siege for almost a year. When the allied troops finally captured the city they found hardly any supplies to support them left. That is when Tom, a stray cat, stepped in.

Lieutenant William Gair was given orders to find any food left in the city. He was leading searches of cellars when he spotted Tom. Tom looked unusually fat for a cat that had just survived a year-long siege. Gair reasoned that Tom must know where there were plenty of mice – and where there were mice there must be a supply of food. Tom led the British to plentiful stores several times and helped the troops avoid starvation.

For his role in saving the soldiers Gair brought Tom back to Britain with him. Unfortunately Tom did not survive long but Gair had him stuffed and preserved in honour of his bravery. Whether the cat now kept in the Imperial War Museum is really Crimean Tom is unknown, but his story lives on.[8] 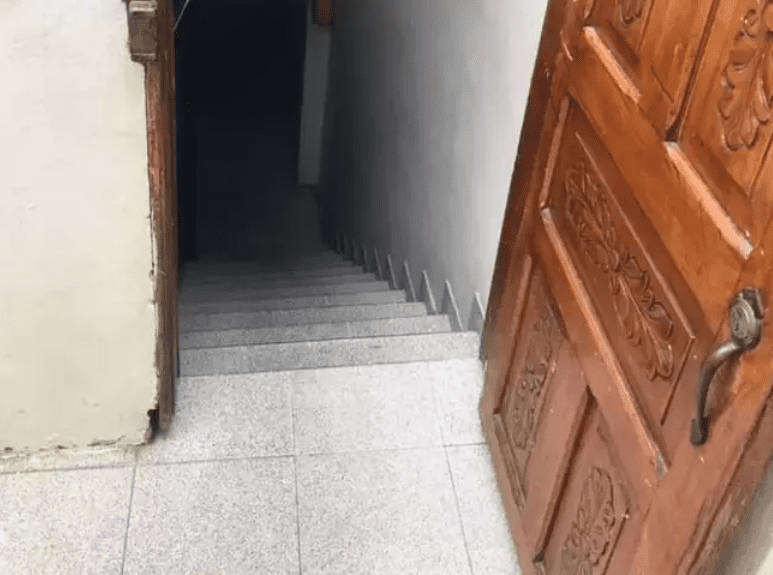 A cat named Gatubela would seem to be destined to prove heroic. Gatubela is a translation of Catwoman and when Gatubela saw a baby at risk she jumped in to save the day. When baby Samuel crawled towards a steep flight of stairs the cat pounced to try and force him away from the edge.

In a video of the rescue Gatubela can be seen rushing to Samuel and grabbing his back to try and pull him away. When that doesn’t work she jumps in front of him and uses her paws to push and startle him backwards. The baby sits down and Gatubela seems content that he is safe.

Of course cats are still cats. When Samuel is safe Gatubela proceeds to pounce on the baby and bat him around a little. That bit of the video was cut out of most versions found online – hitting a child after you save it is not really the done thing.[9]