The human rights of women throughout the Middle East and North Africa are systematically denied by each of the countries in the region, despite the diversity of their political systems. Many governments routinely suppress civil society by restricting freedom of the press, expression, and assembly. These restrictions adversely affect both men and women; however, women are subject to a host of additional gender-specific human rights violations. For example, family, penal, and citizenship laws throughout the region relegate women to a subordinate status compared to their male counterparts. This legal discrimination undermines women’s full personhood and equal participation in society and puts women at an increased risk for violence.

Family matters in countries as diverse as Iran, Egypt, Israel, Lebanon, and Saudi Arabia are governed by religion-based personal status codes. Many of these laws treat women essentially as legal minors under the eternal guardianship of their male family members. Family decision-making is thought to be the exclusive domain of men, who enjoy by default the legal status of “head of household.” These notions are supported by family courts in the region that often reinforce the primacy of male decision-making power.

Here are ten of the most extreme examples of gender inequality you can find currently practiced, often state-sanctioned, in the world today. 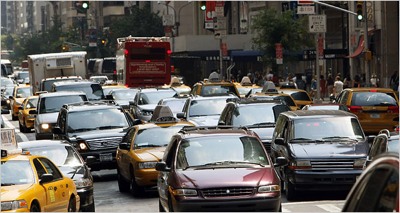 In Saudi Arabia, women aren’t allowed to drive, or even ride bikes, and men aren’t allowed to drive women they’re not closely related to. The kingdom is currently dealing with the dilemma of how to get 367,000 girls to school on buses that can only be driven by men. The logical question at this point is this: If no men are allowed to come in contact with schoolgirls, and women aren’t allowed to drive, who will be driving the school buses? The Ministry of Education is currently recruiting “Al-Ameen” or trustworthy men for this initiative. It may be hard for some to take this term seriously considering the way Saudi Arabia’s religious police infamously broke the trust of 15 girls’ parents in 2002 when a girls’ school was on fire. The police forbade them from leaving the building, and in some cases beat them to keep them from leaving, because the girls’ heads weren’t properly veiled. The girls all died in the fire. One has to wonder how the Ministry of Education plans to handle school-bus breakdowns near similarly inclined men. 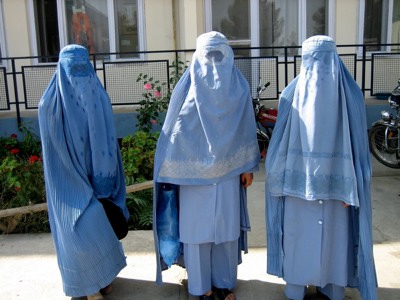 In 2001 a militant group called Lashkar-e-Jabar demanded that Muslim women in Kashmir wear burqas, head to toe garments that cover their clothes, or risk being attacked. Men threw acid in the faces of two women for not covering up in public. The group also demanded that Hindu and Sikh women dress so as to identify themselves: they said that Hindu women should wear a bindi (the traditional colored dot) on their foreheads, and Sikh women should cover their heads with saffron-colored cloth. 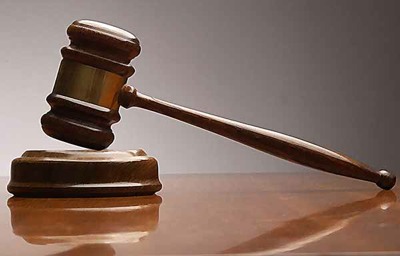 In many countries, while husbands can divorce their spouses easily (often instantaneously through oral repudiation), wives’ access to divorce is often extremely limited, and they frequently confront near insurmountable legal and financial obstacles. In Lebanon, battered women cannot file for divorce on the basis of abuse without the testimony of an eyewitness. A medical certificate from a doctor documenting physical abuse is simply not good enough. Although women in Egypt can now legally initiate a divorce without cause, they must agree not only to renounce all rights to the couple’s finances, but must also repay their dowries. Essentially, they have to buy their freedom. In Israel, a man must grant his wife a get, a Jewish divorce writ that can only be given by a man to his wife – never the other way around. 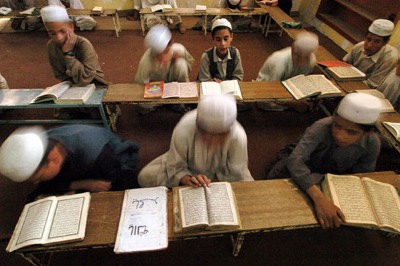 In many areas of Afghanistan, girls are often taken out of school when they hit puberty. Cultural factors related to the ‘correctness’ of sending girls to school, reluctance to send girls and boys to the same school after third grade, as well as the perceived and real security threats related to girls walking to school and attending classes all contribute to slowing down the enrollment of girls in schools. Likewise, the enormous lack of female teachers, who are fundamental in a country where girls cannot be taught by a man after a certain age, is having a negative impact on girls’ education. While progress has been made since the fall of the Taliban, women are still struggling to see their rights fulfilled. Literacy rates among young Afghan women are disturbingly low: only 18 per cent of women between 15 and 24 can read. While the total number of children enrolled in primary schools is increasing tremendously, the percentage of female students is not. 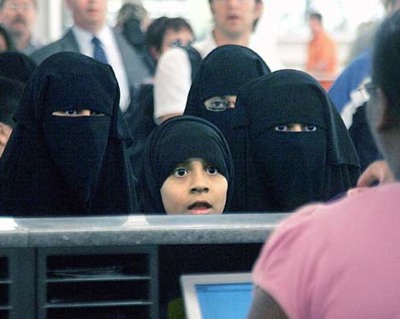 Husbands in Egypt and Bahrain can file an official complaint at the airport to forbid their wives from leaving the country for any reason. In Syria, a husband can prevent his wife from leaving the country. In Iraq, Libya, Jordan, Morocco, Oman and Yemen, married women must have their husband’s written permission to travel abroad, and they may be prevented from doing so for any reason. In Saudi Arabia, women must obtain written permission from their closest male relative to leave the country or travel on public transportation between different parts of the kingdom. 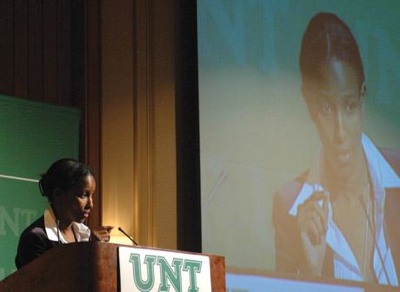 Women’s unequal legal rights increase their vulnerability to violence. In many countries in the region, no specific laws or provisions exist to penalize domestic violence, even though domestic violence is a widespread problem. Domestic violence is generally considered to be a private matter outside the state’s jurisdiction. Battered women are told to go home if they attempt to file a complaint with the police. Few shelters exist to protect women who fear for their lives. Spousal rape has not been criminalized; husbands have an absolute right to their wives’ bodies at all times. Penal codes in several countries in the region also contain provisions that authorize the police and judges to drop charges against a rapist if he agrees to marry his victim. 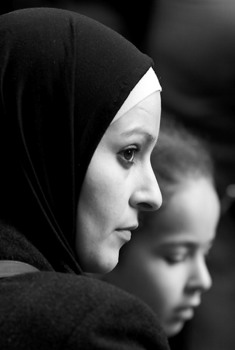 In Bahrain, where family law is not codified, judges have complete power to deny women custody of their children for the most arbitrary reasons. Bahraini women who have been courageous enough to expose and challenge these violations in 2003 were sued for slander by eleven family court judges. 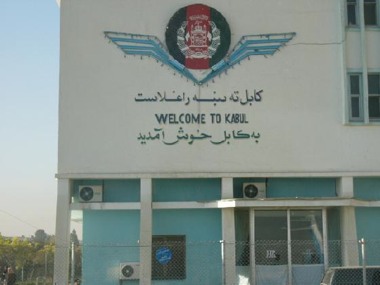 Most countries in the region-with the exception of Iran, Tunisia, Israel, and to a limited extent Egypt-have permitted only fathers to pass citizenship on to their children. Women married to non-nationals are denied this fundamental right.

Many countries criminalize adult, consensual sex outside of marriage. In Morocco, women are much more likely to be charged with having violated penal code prohibitions on sexual relations outside of marriage than men. Unmarried pregnant women are particularly at risk of prosecution. The Moroccan penal code also considers the rape of a virgin as an aggravating circumstance of assault. The message is clear: the degree of punishment of the perpetrator is determined by the sexual experience of the victim. 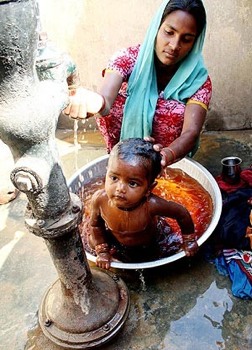 China’s one child policy has heightened the disdain for female infants; abortion, neglect, abandonment, and infanticide have been known to occur to female infants. The result of such family planning has been the disparate ratio of 114 males for every 100 females among babies from birth through children four years of age. Normally, 105 males are naturally born for every 100 females.

Similarly, the number of girls born and surviving in India is significantly less compared with the number of boys, due to the disproportionate numbers of female fetuses being aborted and baby girls deliberately neglected and left to die. The normal ratio of births should be 950 girls for every 1000 boys, however in some regions the number is as low as 300.