History is littered with heroic and great deaths – most of which we are all familiar with. But in the dark recesses of the past, there are a number of very embarrassing or unfortunate deaths. Deaths that their victim would prefer us not to know about. This list is all about throwing the light on these poor people who have the misfortune of being remembered partly for a shameful end. This list is in chronological order. 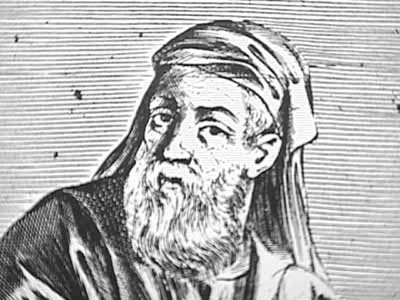 Manner of death: Threw himself into a volcano to become immortal

Empedocles was a Greek philosopher who is probably best remembered for his classical theory of the four elements. He was the last Greek philosopher to write his theories down in verse form. Legend has it that Empedocles threw himself into the active volcano Mount Etna in Sicily in order to fool his followers into believing that his body had vanished and that he would return as a god. Unfortunately for Empedocles, one of his sandals survived the fury of the volcano and it was discovered by his followers – revealing their leader’s deceit. 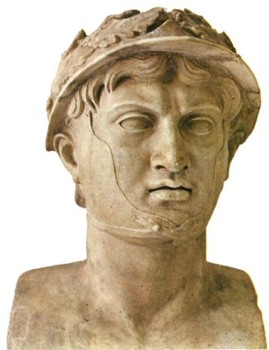 Manner of death: Killed when he was stunned by a tile thrown by an old lady

Pyrrhus of Epirus was one of the greatest conquerors – his heavy losses in one campaign has led to the term “pyrrhic victory” being coined in his honor. Pyrrhus was such a great warrior that a Spartan royal (Cleonymus) asked him to defeat Sparta and put him on the throne. Pyrrhus was defeated – having underestimated the strength of the Spartan warriors, so he moved on to his next campaign in Argos. As he entered the city through the narrow streets on the back of an elephant, an old woman (unhappy with the conflict) threw a roof tile at him from her balcony. The tile stunned Pyrrhus which allowed a common foot soldier to stab him – killing him. 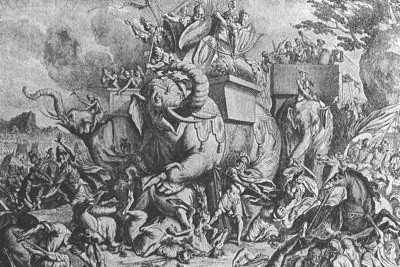 Manner of death: Killed by the elephant he killed

Eleazar Maccabeus’ death is told in the Old Testament book of “I Maccabees”. During the Battle of Beth-zechariah, Eleazar thought he saw the enemy King Antiochus V riding an elephant near by. Thinking he would perform a heroic act by killing the elephant and king, Eleazar jumped under the elephant and stabbed it in the stomach with his spear. The dead elephant fell right on top of Eleazar killing him instantly. To add insult to injury, it was not even the King’s elephant. 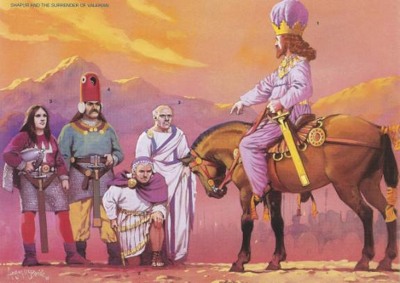 Manner of death: Used as a footstool then skinned

Valerian was a noble Roman who became Emperor Valerian I. During his disastrous reign, the western empire fell into total disrepair. In 260 AD, Valerian was defeated in the Battle of Edessa and taken captive by the Persian King Shapur I. In order to humiliate the Emperor, Shapur used him as a footstool. When he grew tired of his footstool, Shapur had Valerian skinned and had his skin stuffed with dung and straw and put on display in one of the large Persian temples. 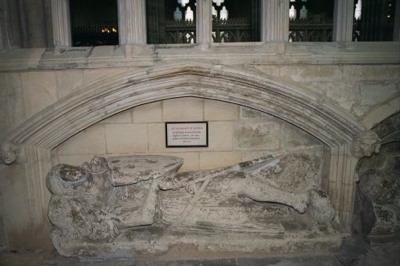 Manner of death: Speared through the anus

Humphrey do Bohun was a member of a very powerful Anglo-Norman family in England. He spoke out against the excesses of the King (Edward II). While leading troops at the Battle of Boroughbridge, Humphrey de Bohun (4th Earl of Hereford) met with a rather unpleasant end:

“[Humphrey de Bohun] led the fight on the bridge, but he and his men were caught in the arrow fire. Then one of de Harclay’s pikemen, concealed beneath the bridge, thrust upwards between the planks and skewered the Earl of Hereford through the anus, twisting the head of the iron pike into his intestines. His dying screams turned the advance into a panic.” 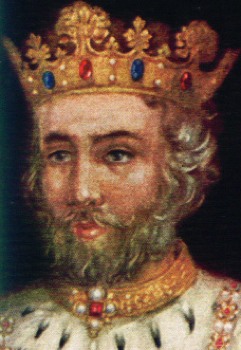 Manner of death: Speared through the anus with a hot poker

Edward II was King of England for 20 years (from 1307 – 1327). Edward greatly upset the nobility in England because he preferred low-born citizens and had many “special” male friends – who received extravagant and expensive gifts. After he abdicated the throne and was imprisoned, his wife Isabella (disturbed by the close relationship the king had shared with a young man in the Royal Court) brought about his execution in secret:

“On the night of 11 October while lying in on a bed [the king] was suddenly seized and, while a great mattress… weighed him down and suffocated him, a plumber’s iron, heated intensely hot, was introduced through a tube into his secret private parts so that it burned the inner portions beyond the intestines.” 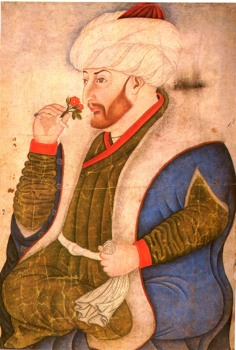 Manner of death: Tripped over his skirts and fell down some stairs

Humayun Mughal Emperor who ruled modern Afghanistan, Pakistan, and parts of northern India from 1530–1540 and again from 1555–1556. He was a great lover of the arts and astronomy and left behind a great legacy as a consequence. However, he was also very religious and this is what led to his downfall (literally). As he was carrying books from the library, Humayun heard the call the prayer. It was his habit to kneel on one knee when the call was made, and as he bent his knee, his foot got caught in the folds of his long robes. He happened to be standing at the top of a small flight of stairs. Humayun fell all the way down and hit his temple on a jagged rock – which killed him.

Manner of death: Beaten to death with his wooden leg

Sir Arthur Aston was a lifelong professional soldier, most noted for his support for King Charles I in the English Civil War. He was a great soldier who saw a great deal of action during his lifetime. In September 1644, he fell from a horse and ended up with a wooden leg which was later used in his murder. In 1649, Oliver Cromwell’s forces attacked his town in the Siege of Drogheda and ordered that everyone be executed. Aston offered to surrender but the soldiers who captured him believed that he was hiding gold in his leg. They ripped it off and beat him to break open the leg. Unfortunately it was solid wood and it killed Aston. 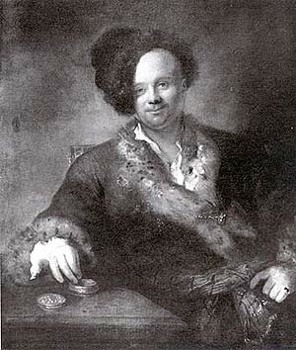 Manner of death: Ironically ate himself to death

Julien Offray de La Mettrie was a French doctor, philosopher, and potentially the founder of cognitive science. He believed that sensual pleasures (such as eating, sex, and play) were the sole reason for life, and so he decided to live his life by that principle. Julien was an atheist and believed that life on earth was just a farce to be lived and ended in self-gratification. Ironically, he died rather painfully after eating too much truffle pate at a feast held in his honor by a man he cured of an illness. 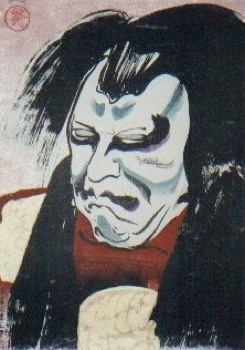 Manner of death: Died after eating pufferfish which he claimed to be immune to

Band? Mitsugor? VIII was one of Japan’s most highly regarded Kabuki (a type of dance/drama) actors – so much so that he was declared a national treasure. On the 16th of January, the natural treasure decided to dine out on fugu liver (highly toxic) claiming that he was immune to it. The fugu chef who served him said that he simply could not refuse to serve the deadly livers to such an esteemed gentleman. Needless to say, Mitsugoro died within 7 hours.