We think of police standoffs as tense events with officers up against armed suspects barricaded in homes, businesses, and so on. Sometimes, the assailants even have guns aimed at hostages. The standoff often lasts for several hours, only ending after the suspects give up, or SWAT officers break in.

This is not always true, though. Standoffs have ended after the suspect snuck away to go shopping or just fell asleep. Other times, law enforcement isn’t even engaged in a standoff with a human being. In the weirdest of all instances, the police end up laying siege to an empty location. 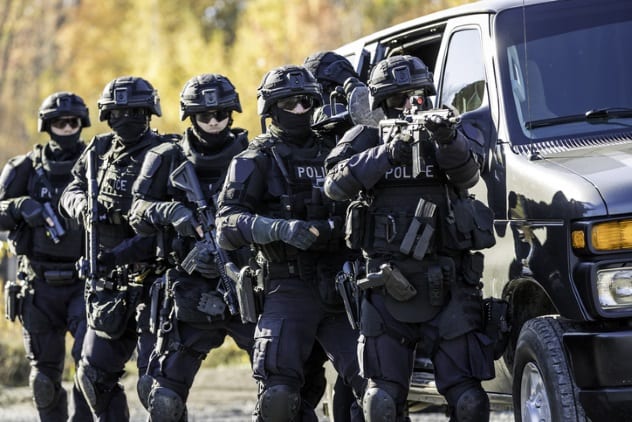 In 2014, Dallas police officers sped to an apartment in Oak Cliff after a woman reported that she was beaten and sexually assaulted by several armed men, who held her against her will inside the apartment. This marked the beginning of a six-hour standoff.

SWAT officers called on the suspects to surrender. One even shouted, “Do what’s right. We are not going away!” A police spokesperson also informed the media that they were working “toward a peaceful resolution.”

However, the suspects did not respond to the calls to surrender. SWAT officers had enough six hours later and barged into the apartment, only to discover it was empty. They had been calling on an empty—and obviously innocent—apartment to surrender. The apartment could not be reached for comments.[1] 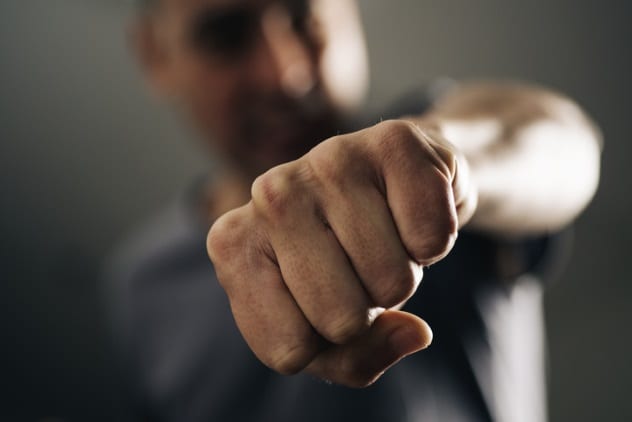 On November 9, 2017, two different groups of officers from the Detroit Police Department engaged in fisticuffs during a drug raid. Both groups had raided the same place at the same time. And neither knew the other were also cops.

The people from the 11th precinct were searching the building when officers from the 12th precinct started to resist. Both sides ended up in a brawl, freely exchanging blows until they somehow realized they were all on the same side. Fortunately, nobody fired their weapons.

A supervisor from the 12th precinct was disciplined for not informing officers in the 11th precinct about the raid, since the home was in the 11th precinct. Commenting on the incident, Detroit police chief James Craig said the debacle was “one of the most disappointing things” he had experienced in his 40 years as a cop.[2] 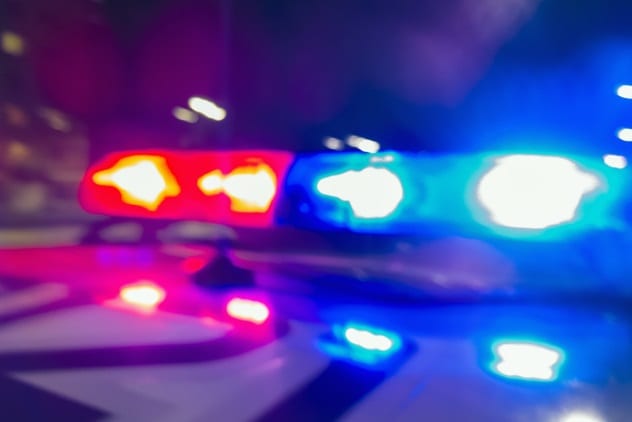 In November 2008, a total of 30 officers responded to what they believed was a bank robbery in Somerset County, New Jersey, after an alarm had been set off at around 8:40 PM. Police arrived to discover the suspect was still inside the bank. The blinds were drawn, but officers could see an approximately 152-centimeter-tall (5′) silhouette through the windows.

Officers tried contacting the suspect with loudspeakers and the telephone to attempt negotiations. However, their adversary never replied, and this continued for over three hours. SWAT officers barged into the bank after hanging around for an hour.

The SWAT team discovered that the suspect was actually a cardboard cutout. A police spokesman said that animals, balloons, and even the weather can set off bank alarms. However, he did not blame any of those for setting off the bank’s alarm in this case. The cardboard cutout was not taken in for questioning.[3] 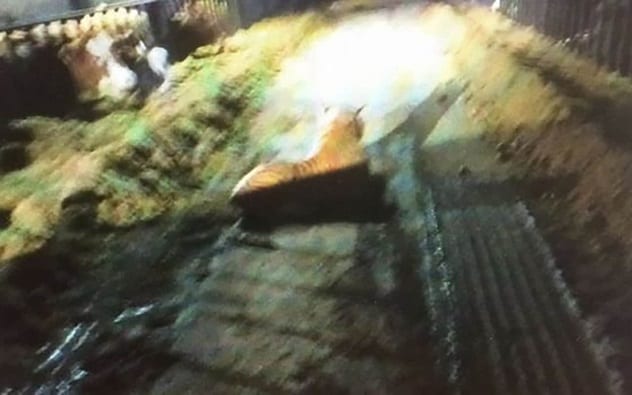 In February 2018, Bruce Grubb, a farmer in Aberdeenshire, Scotland, was having a housewarming party when he spotted an unwanted guest inside his cowshed. That guest was a full-grown tiger. The shed was dark, but Grubb pointed his flashlight to be sure his eyes weren’t playing tricks on him. He saw a real tiger.

Grubb quickly called the police and sent them the above photo, fearing that the tiger would attack his cows. Police arrived and spotted the big cat. The first officer to respond was so scared of confronting the deadly predator that he did not even leave his patrol vehicle. He soon received backup form several police patrols.

Officers engaged the tiger in a 45-minute standoff. They even contacted a nearby wildlife park to ask if any of their tigers were missing. However, police inevitably began to wonder why the tiger wasn’t moving at all. Grubb drove toward the shed in his truck to get a closer look. He discovered that the tiger was a just a life-size stuffed toy. Grubb wasn’t sure who had left the tiger in the cowshed. The police took the stuffed carnivore as their mascot.[4]

6 Police In Standoff With Stormtrooper 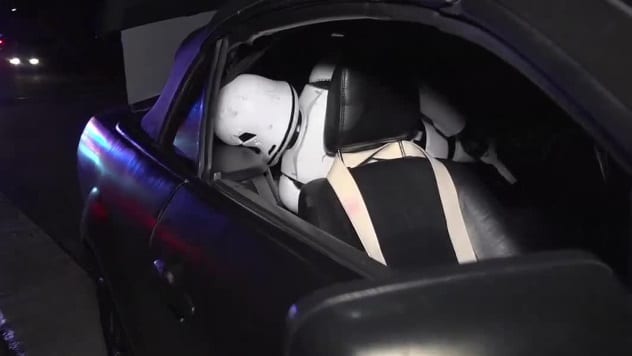 In February 2019, officers from the California Highway Patrol were engaged in a high-speed chase with a Ford Mustang. The driver drove off the highway into a residential area, where he and a passenger stopped and fled the vehicle. A second passenger remained in the rear seat.

Police aimed their weapons at the vehicle and ordered the second passenger to surrender, but the passenger did not respond. He didn’t even flinch when an officer shouted, “I know you’re in the car!”

The cops soon realized why their suspect was not responding when they approached the vehicle. The passenger was not a human but a life-size doll of a stormtrooper from the Star Wars franchise. The human driver and passenger were later caught and arrested.[5] 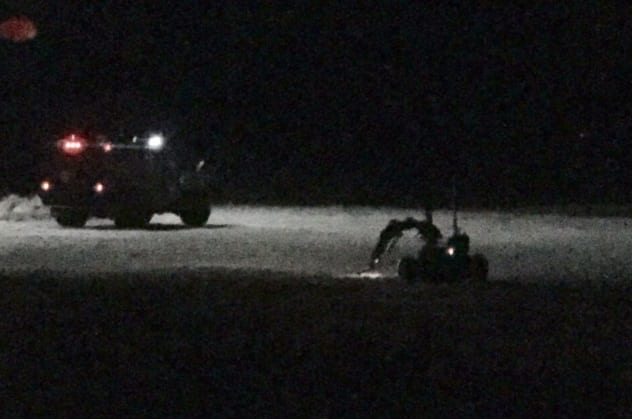 On September 8, 2016, Los Angeles County Sheriff’s Department deputies engaged a murder suspect in a standoff that lasted for several hours. The suspect, Brock Ray Bunge, was armed with a rifle. He had tried to kill someone and attempted to rob two others before the standoff.

Bunge fled into the desert as officers approached. A police helicopter found him hiding behind a berm. Officers on the ground could not see him clearly or move in because the berm was surrounded by shrubs and a wire fence. Bunge also refused police orders to surrender.

Six hours later, officers deployed a $300,000 bomb disposal robot fitted with a camera and robotic arm to Bunge’s hideout. The robot was not armed; officers just wanted to find out where exactly in the berm Bunge was hiding.

The robot crept toward Bunge from behind. The police saw that Bunge was lying on his stomach, and the rifle was at his feet, so they decided to use the robot’s arm to snatch the rifle. However, Bunge would probably hear the robot as it got closer, so the police distracted him by having their helicopter fly directly overhead. Officers also shouted at Bunge with the loudspeaker.

Meanwhile, the robot approached Bunge and snatched his weapon. Bunge didn’t notice anything. He only realized his gun was missing when the robot returned to raise the wire fence so that officers could have a clearer view of the berm. He tried grabbing his rifle, only to discover that it was missing. He surrendered.[6] 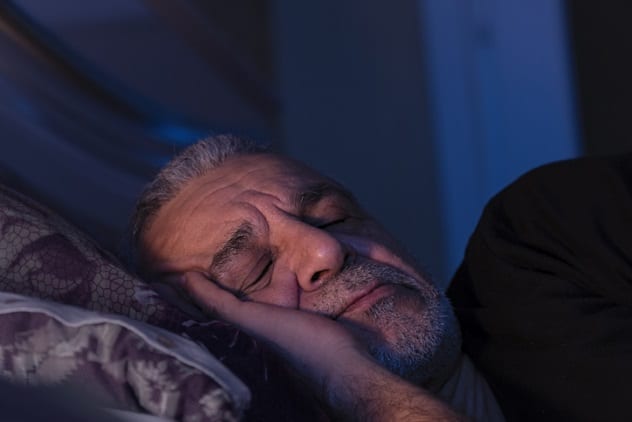 In December 2014, officers arrived a Whitecourt, Alberta, Canada, home after someone called to report that a drunk 41-year-old man was threatening to shoot someone. The police discovered that there were four others, including a child, inside the house. The seven-hour standoff that ensued peacefully ended when one of the hostages walked out of the home to tell them that the man had fallen asleep.

In an unrelated incident in March 2016, officers in Newark, Ohio, engaged a 75-year-old man in a standoff after he shot at a bed and wall inside his home. The man was partially deaf and did not respond to police calls to surrender. Police later sent a surveillance device into the home and moved in when they heard snoring sounds. The man was woken up by officers standing at his bedside. He was charged with inducing panic and using weapons while intoxicated.[7] 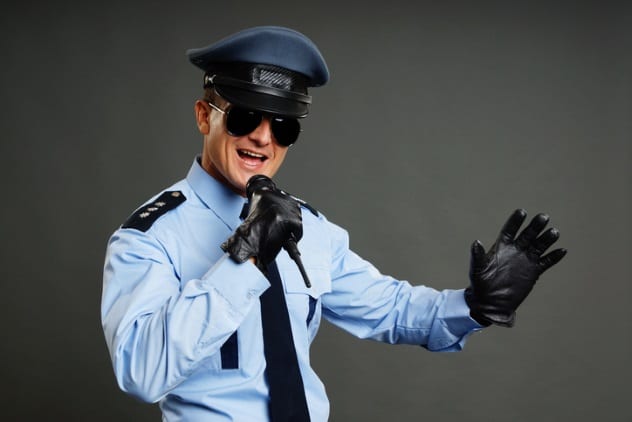 On Christmas 2018, 34-year-old Nathaniel R. Lewis, who had separated from his wife, barricaded himself inside his home in Spring City, Pennsylvania. He initially fired some shots inside the house, prompting his sister-in-law, who had come to check on him, to call the police. Lewis fired more shots after police and an emergency response team arrived and shot at them more the next morning. Officers fired back.

Meanwhile, SWAT negotiators encouraged Lewis to surrender. He refused. He finally changed his mind and offered to surrender on the condition that the negotiator sing Nat King Cole’s “White Christmas.” The negotiator sang the song, and Lewis surrendered as promised, ending the ten-hour standoff.[8] 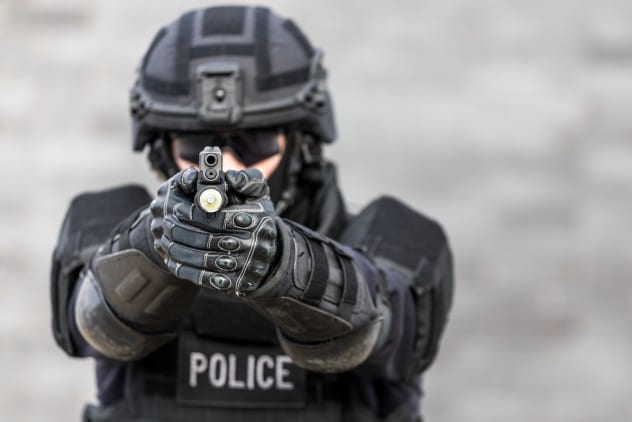 Early in May 2019, 21-year-old Miguel Almarez Estrada shot at the tire of a vehicle outside his home in Aloha, Oregon. Then he walked back into his apartment. Officers evacuated and barricaded the area. They repeatedly attempted to make contact with Estrada and called in SWAT and negotiators.

Estrada never replied. SWAT raided the building several hours later. They threw a flash-bang into the apartment and used a crowbar to force the door open. However, Estrada was not in. Police believe he fled the home before the first officers arrived on the scene. He later turned himself in to the police.[9]

In another incident in April 2019, a suspect disappeared from a home during a standoff in Fort Wayne, Indiana. Officers from the Fort Wayne Police Department had responded to reports of a suspicious man in the area. Police arrived to find a ladder leaning on the side of a building and leading to a window.

Officers saw a man look out the window before walking away. Officers tried contacting the man with loudspeakers during the standoff. They also used some unidentified distraction devices and chemical agents to force the man out of the home. Police later forced their way inside to discover the house empty. 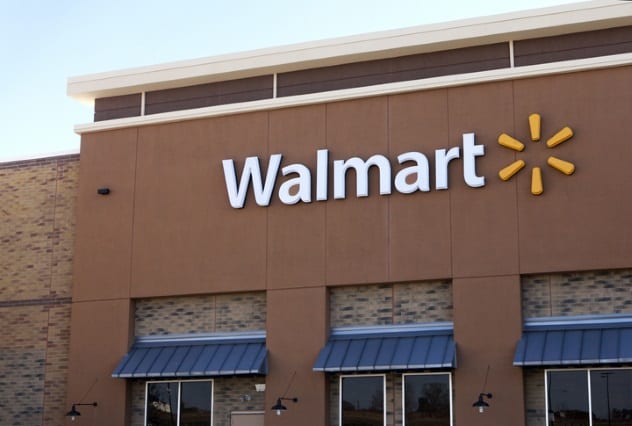 In March 2018, officers in Terre Haute, Indiana, engaged 36-year-old Michael R. Reynolds in a two-day standoff over a suspected murder. Reynolds barricaded himself in a house, where he refused police calls to surrender. Interestingly, he snuck out of the home during the standoff and went shopping.

A neighbor saw Reynolds leaving 12 hours after the standoff began. However, the neighbor did not inform the police, so officers were in a standoff against an empty house for most of the time. Reynolds went to Walmart, where he purchased several items, including a cell phone.

For some reason, Reynolds then went to a different house three blocks away from the home he had escaped. Once police realized their man had switched locations, officers broke into the second home, where Reynolds was shot dead. The police only realized Reynolds had been to Walmart when employees claimed they saw him come in.[10]

Read about more instances of bizarre police action on 10 Bizarre Things Criminals Did To Evade The Police and 10 Criminals Emergency Services Had To Rescue.