When many of us think of New Year’s traditions, noisemakers, champagne, a ball drop, counting down the minutes, and maybe a kiss comes to mind. Some people may do these things wearing adult diapers knowing rest rooms will be scant in Times Square, some people in North Carolina may be watching a live opossum drop instead of a ball, but the general jidst remains. All diapers and opossums aside, here we take a look at some of the stranger New Year’s traditions from around the world. 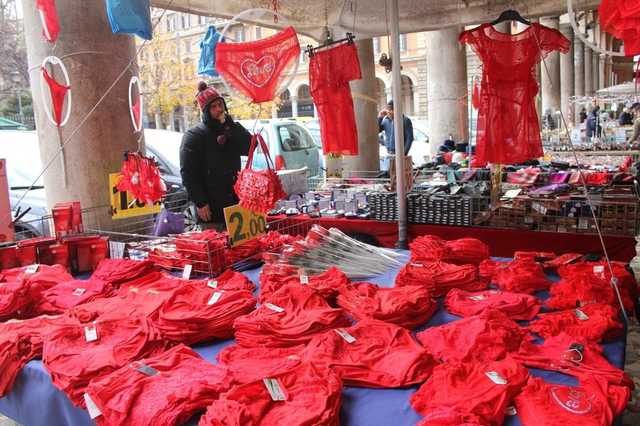 The color of one’s drawers is a matter of great importance in a few countries on New Year’s Eve and New Year’s Day. In Italy, it is tradition to wear red underwear during this period in order to bring good luck. This tradition is said to span back to medieval times; men would drape their groins with a red cloth to protect their twigs and berries – those “family jewels” – from witches who were roaming the village streets by midnight seeking to cast spells and cause a ruckus.

Some South American countries, such as Brazil, Mexico and Bolivia hold the belief that the coming year’s fortune is determined by the color of your underwear. For example, red brings love, white brings peace, and yellow brings wealth and luck. I wonder what this means for those who prefer to go commando. 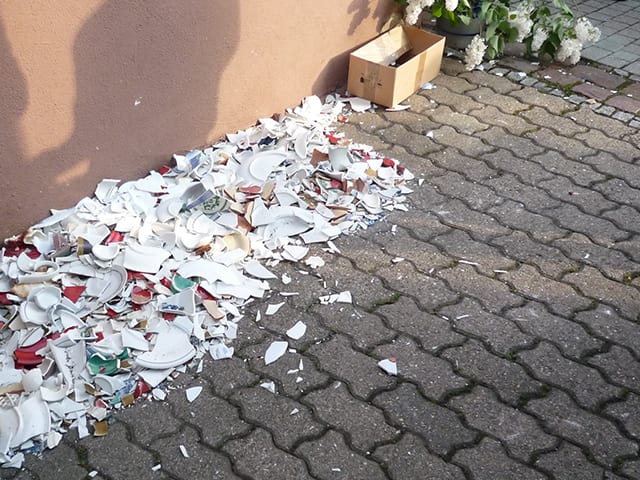 In Denmark, people hurl crockery at the doors of their loved ones. Old dishes are saved year round, and once the clock hits midnight, people run around their neighborhoods throwing them against the doors of their friends and families. The more broken pieces laying outside your door, the more friends you have and the better your luck will be for the year. Afterall, one man’s vandalism is another man’s fortune. Lately, it[s been acceptable for the less enthused or violent to set pre-broken pieces outside of people’s doors.

8 Stuffing Your Face With 12 Grapes 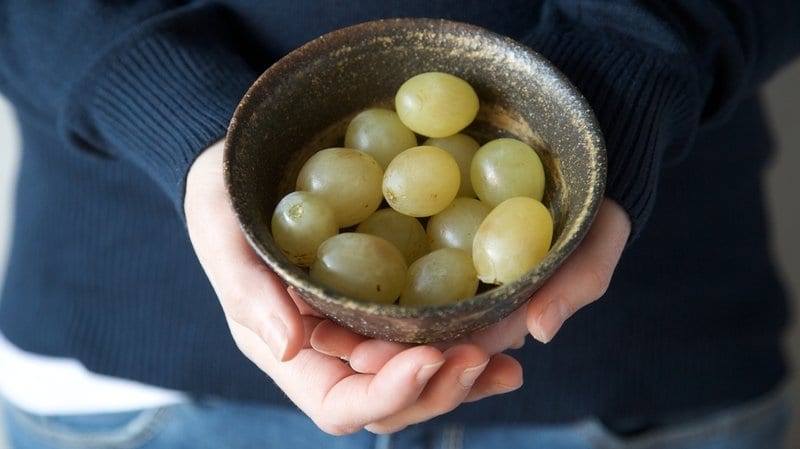 In Spain, the tradition of stuffing one’s face with grapes carries both luck and superstition. A Spaniard will rarely risk spoiling their fate in the coming year by skipping out on stuffing grapes in their mouth, one for each of the twelve strokes of midnight. Dating back to at least 1895, but being popularized and established by some vine growers to better sell huge batches from an excellent harvest, this tradition leads to twelve months of good luck and prosperity as long as you get them in there by the twelfth stroke. Just don’t choke. Oh, and something about red underwear—convention has it they wear those while stuffing the grapes in their mouths, too. But in Spain, this red underwear should have been given to you by someone else. 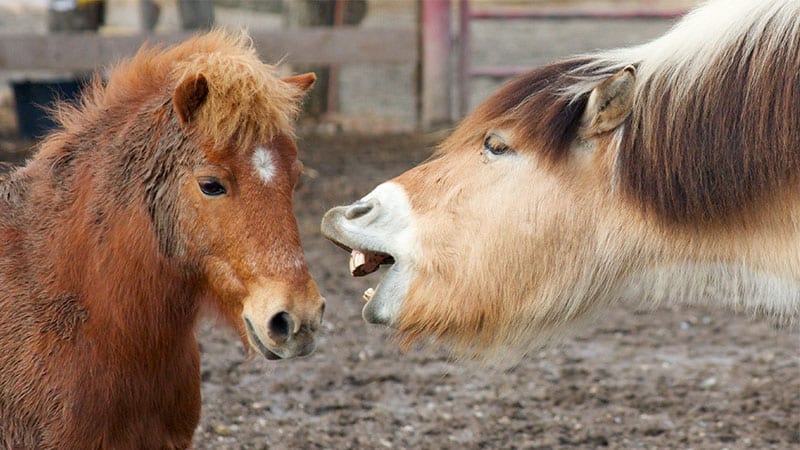 A tradition dating back to old agrarian superstition, it is believed in Romania that animals get the gift of communication only on New Year’s Day. So if you happen to be there on New Year’s day, you just may spot a farmer chatting with his animals and whispering well-wishes in their ears. It is hoped, however, that the people will not understand what their animals are saying. Successful communication and deciphering what they say means bad luck. If unsuccessful, the year ahead will be a good one. Of all of these to try, one can bet I’ll try this one with my dogs New Year’s morning. Bad luck or not, I can only hope to know things like if they think their kibble is alright or if they lay on their back because they love me or they solely want their belly rubbed. I’ll toss some red underwear in.

6Sleepovers With the Dead 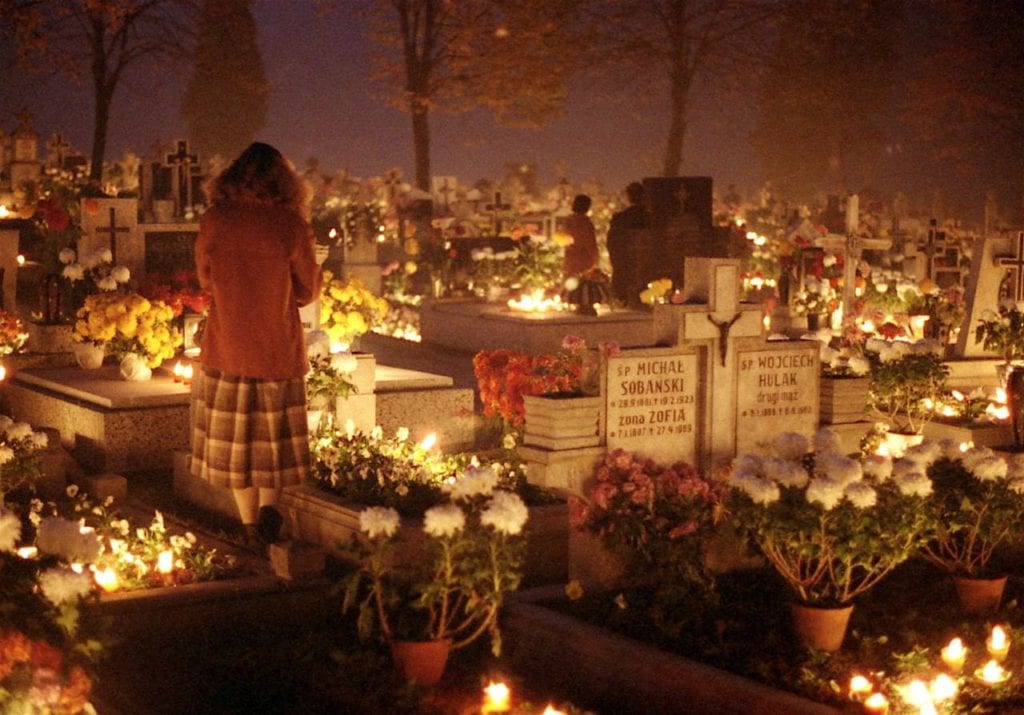 New Year’s Eve tradition takes the residents of Talca, Chile, to their local cemeteries for a sleepover. It is believed that their dead loved ones come back to the graveyard to celebrate the year’s end, so the town’s people join the party by making fires, bringing meals, decorating the graves and setting up their beds among the dead when they decide to call it a night. Way to add some extra spirit to the New Year. Grandma and grandpa, I love you but… no. You are always welcome to come here if you want. 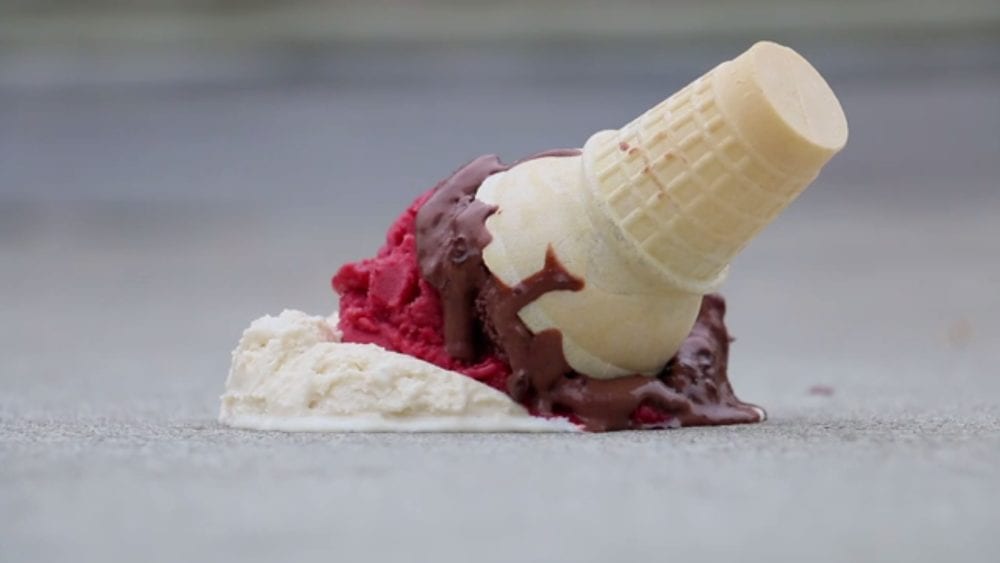 While dropping ice cream on the ground has sent countless children into a cry fest (and maybe adults), it is a New Year’s tradition in Switzerland to purposely drop their ice cream on the ground or floor as it symbolizes, and is thought to bring, overflowing abundance in the coming year. If that’s all it takes, I am heading to the store for some Ben and Jerry’s stat. 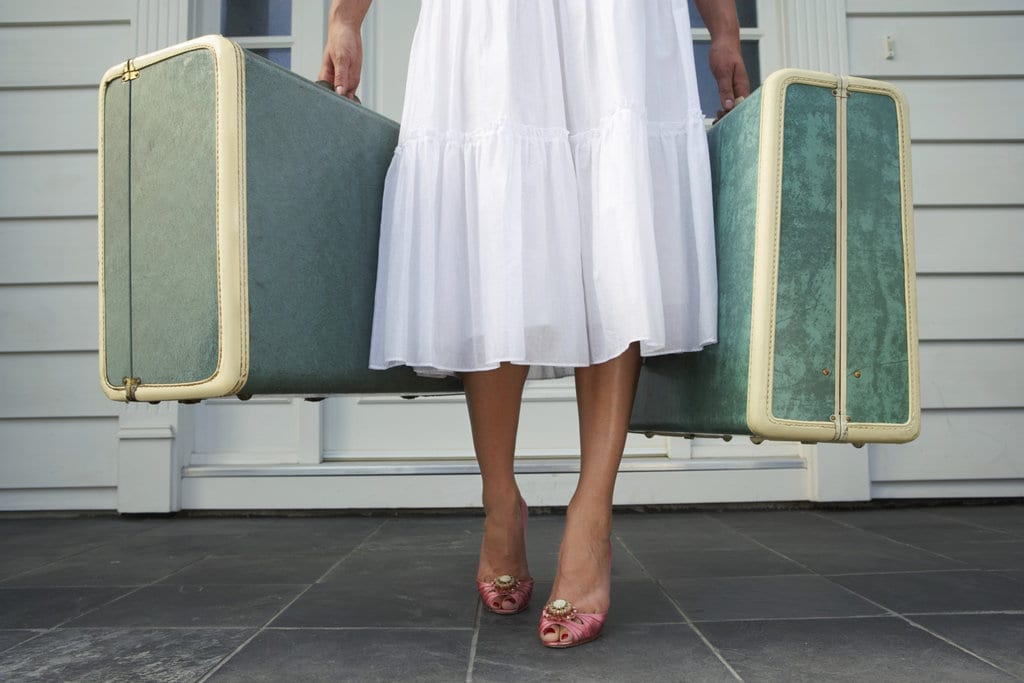 Who doesn’t want a year full of travel and adventure? Apparently Colombians want it bad enough that they have an entire midnight tradition on New Year’s surrounding this desire. As the clock strikes 12, they grab their suitcases and run around the block as fast as they can. If they do this in the right spirit, they are guaranteed to travel during the coming year. Sign me up for this obvious cosmo science—this wanderluster has waited a lifetime for this.

The new year in Thailand comes in April and is celebrated by going around pouring water and smearing talcum powder on random people. The water is a way of showing people respect and to symbolize a cleansing. In some areas, the water is mixed with flowers and traditional perfumes before spraying people. The talc is considered a blessing for the year ahead. This celebration is referred to as Songkran, which comes from the Sanskrit word “samkranti,” which means “astrological passage,” transformation and change. I’m down for getting messy, but can I trade in that talc blessing for some mulah? 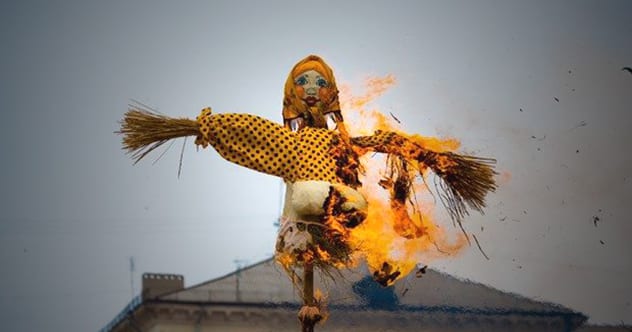 When midnight strikes in Ecuador, people light scarecrows decked with the faces of pop culture figures, politicians and various other icons on fire. Symbolic of cleansing the bad from the previous year, this tradition of effigy burning is said to date back to an 1895 yellow fever epidemic, when people packed coffins with the clothing of the dead and set them on fire as a symbol of purification. A pyro’s dream arsony party. For extra luck, try jumping over the burning effigy twelve times without becoming a part of it. 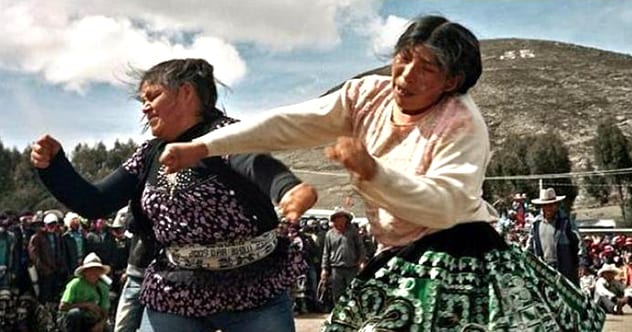 How about wiping the slate clean for the new year with a brawl? In Peru, this festival to settle old grievances, Takanakuy, translates to “when the blood is boiling.” These celebrations include brightly colored costumes, eating, drinking, music, dancing, and, you know, the usual – gathering around arenas to watch members of the community fight each other. A tradition that includes all ages and genders, the festival is held in hopes of creating stronger bonds within the communities, solving conflict, and hopefully arriving at a greater peace, wiping the slate clean for the coming year. I personally will be hugging it out.

For more lists like this, check out 10 Fascinating “Day Of The Dead” Facts And Traditions, and Top 10 Bizarre Traditions

About The Author: Jackie Haze currently is an MFA candidate living in New Orleans with her two chihuahuas, Bacchus and Lola. She has a smattering of publications, including memoirmixtapes, Via Nola Vie, Curve, and Happy Cow.